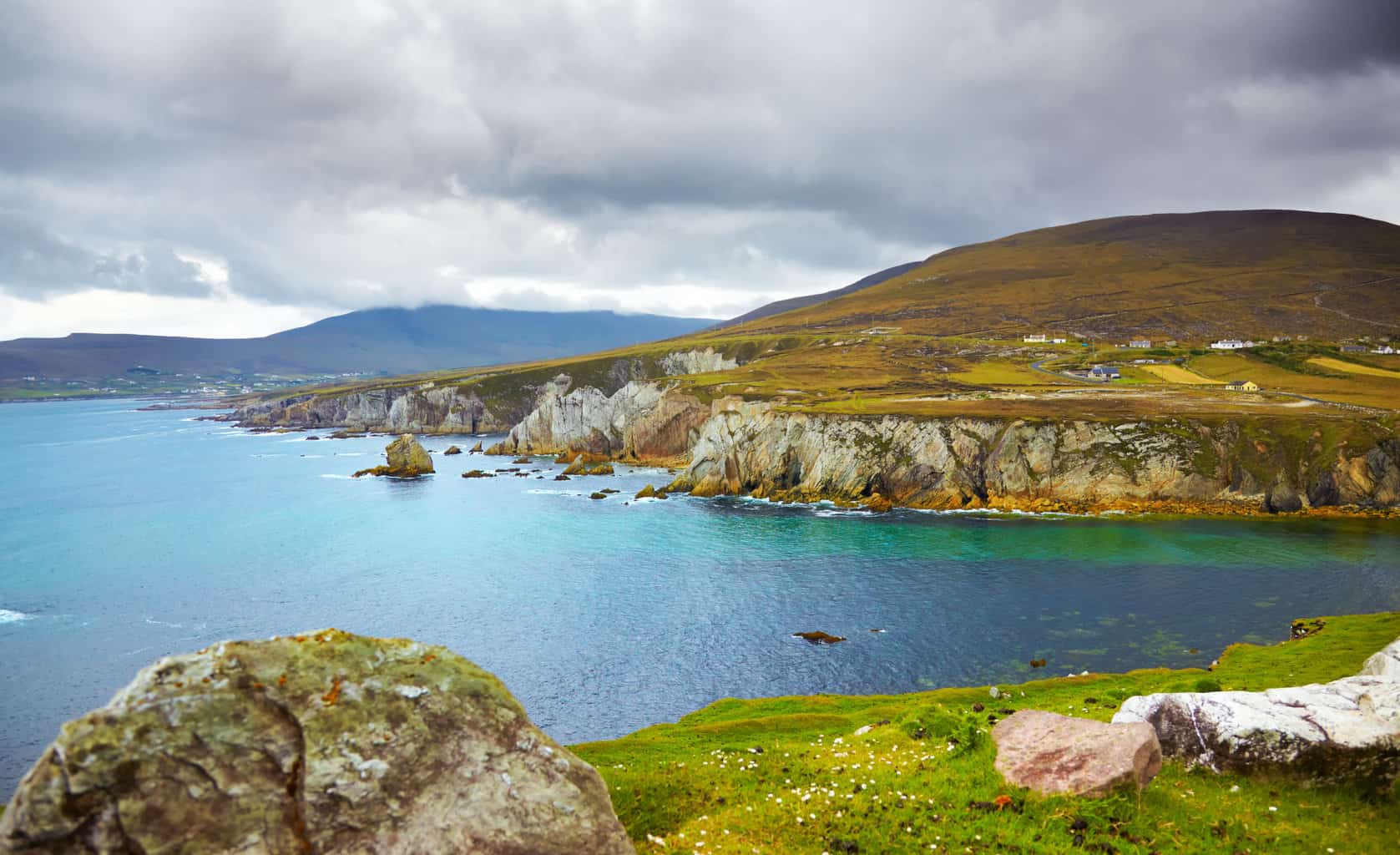 Banshees of Inisherin is the lastest film from acclaimed writer and director Martin Mcdonagh best known for the film ‘In Bruges’. This great new comedy is set and filmed in Ireland making use of the beautiful scenery and acting talent Ireland have to offer. Read on to find out what the films about, who acts in it, and where Banshees of Inisherin was filmed.

What is Banshees of Inisherin about?

The Banshees of Inisherin tells the story of a pair of friends dealing with the consequences of their friendships abrupt end. Beyond this the film is about the community fostered by Ireland’s culture as an island nation. It is the story of Ireland’s stunning landscape as a setting for the human experiences of friendship and bonds formed in small communities. Writer and Director Martin McDonagh is known for the emotion portrayed in his films and this gem is no different.

Watch the trailer below for a sneak peak of what’s in store:

Cast of Banshees of Inisherin

The leads in the film will be familiar to those who have seen the cult classic ‘In Bruges’ from director Martin McDonagh as Colin Farrell and Brendan Gleeson have reunited after 14 years in this new film to play the friends whose friendship has hit the rocks. Padraig (played by Farrell) finds himself confused as his best friend (played by Gleeson) announces they are no longer friends.

Born May 31st 1976 in Castleknock, Dublin Colin Farrell is an internationally known Irish actor best known for his role in the cult classic In Bruges, also directed by Martin McDonagh, in which he plays Ray, a tortured hitman who is sent to Bruges on holiday with friend Ken (played by Brendan Gleeson).

Born March 29th 1955 in Dublin, Brendan Gleeson is a well-known Irish actor known best for his role as ‘Mad-Eye Moody’ in the Harry Potter film franchise. A role well suited as his previous profession was teaching for ten years before starting his acting career.

Where was Banshees of Inisherin Filmed?

Inisherin, the setting of the film is a fictional village portrayed using other Irish towns. The Banshees of Inisherin was filmed on location in Ireland on Inis Mor and Achill Island. The film shows the beauty of the Wild Atlantic Way and the West coast of Ireland in particular. Director Martin McDonagh said they wanted to make the most beautiful Irish film they could and with the amazing scenery shown in the film it shows.

Visit Ireland have created a behind the scenes video for the film talking about this dedication to the scenery of Ireland and how it sets the scene for the film beautifully. Watch the video below:

Inis Mor, translated to ‘big island’ is the largest of the Aran islands off the West Coast of Ireland. It is known for its beautiful coastal views and historical religious sites and monuments. Inis Mor serves as a museum to the religious and mythological history of Ireland with Celtic and Christian markers which tell the tales of the land. You may also be away of Inis Mor as it claims to be the ‘real Craggy Island’ of Father Ted fame. Each year they hold a ‘Father Ted’ festival full of laughs and fun.

This Island can be reached by ferry and is well worth the trip.

Inis Mor is well worth the visit for more than just its stunning scenery here’s a few things you can do while visiting Inis Mor:

Inis Mor has amazing sea birds to see as well as a seal colony which make their home on the shore. You are sure to see some lovely wildlife on a walk.

Local craftspeople offer lessons on crafts from knitting to needlepoint and with the peaceful atmosphere of the island it’s the perfect place to pick up a new hobby.

Inis Mor also has pubs and restaurants which offer life folk music in the evenings for a fantastic bit of entertainment.

Cycle or walk around the island

Bicycles can be hired from businesses on the island, which is mostly flat meaning anyone can walk it. A walk or cycle around Inis Mor is the ideal way to see more of the beauty of the place.

Water activities such as Cliff Diving, Fishing, Sailing, and Surfing

Being an Island culture there is of course lots to do on the water to keep yourself busy. Take the plunge for a bit of wild swimming or surf the waves. Then head home to get warm before enjoying some delicious seafood at a local pub.

Achill Island is the largest of Ireland’s isles and is connected to the land via a bridge over Achill Sound which makes it easily reachable by car. Achill is filled with local charm with small shops and pubs to frequent and stunning natural beauty all around. When visiting Achill you can take part in a whole range of activities in water or on land to take advantage of all that Achill has to offer. Here are some of the activities you can take part in on a trip to Achill Island.

When can you see Banshees of Inisherin?

The UK and Ireland release date for Banshees of Inisherin was 21st of October 2022 so you can head out to the cinema to see it now!

The Banshees of Inisherin shows the amazing beauty of the Wild Atlantic Way and the isles of Ireland as well as the small town culture of Ireland. Head out to see this great new film from Martin McDonagh and maybe it will inspire your next trip to Ireland. Want to learn more about the Wild Atlantic Way or Achill and why you should visit, check out our articles by clicking the link to find out more.

Northern Irish Bread: 6 Delicious Breads To Try On Your Trip To Belfast

10 Stunning Beaches in Puglia That Shouldn't be Missed