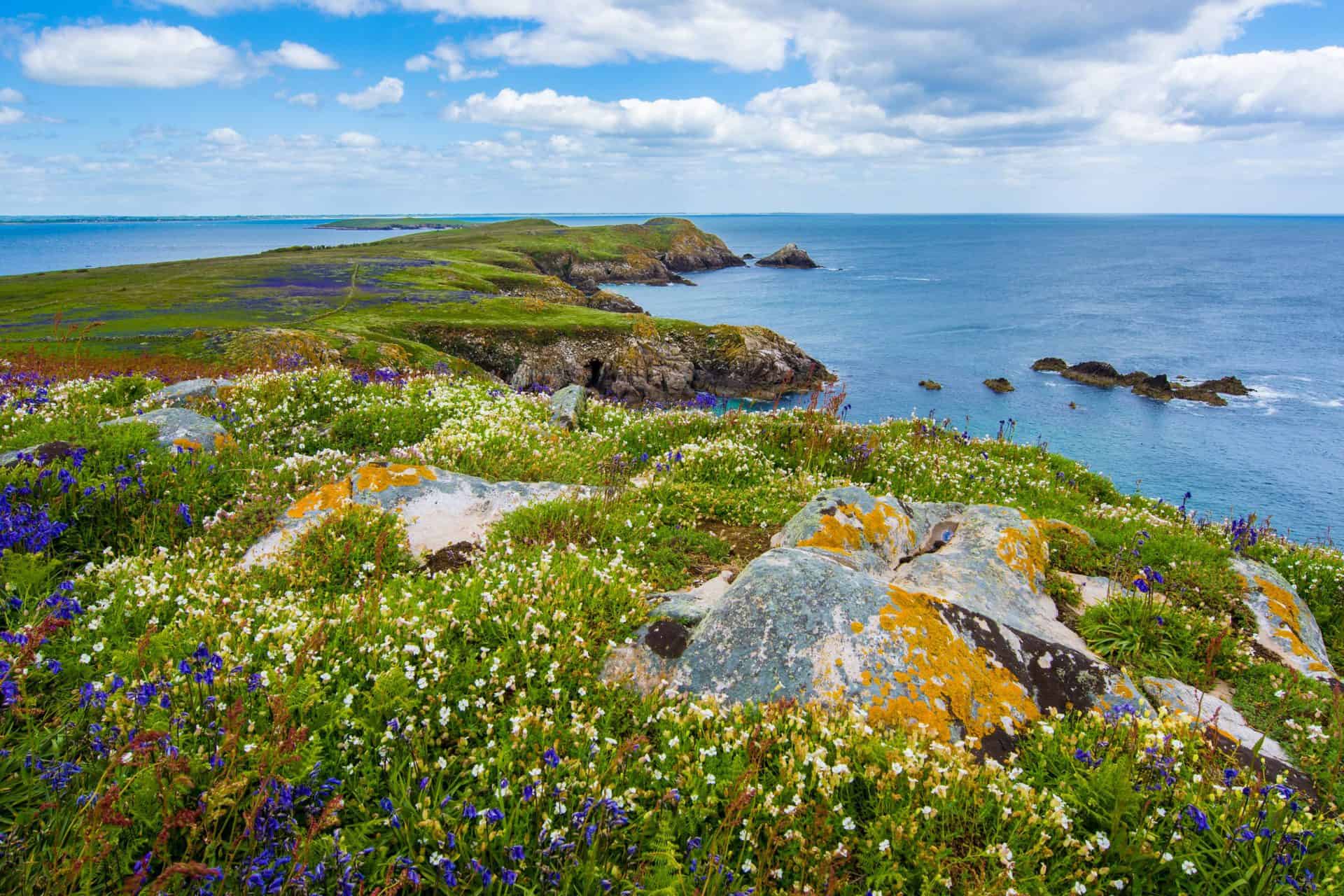 Ireland is well known for its outdoor activities, incredible landscapes, and also for its multiple islands that will take your breath away. The Irish Islands are beautiful and will delight all visitors. Here is a list of the 10 best Islands off the Coast of Ireland that you need to visit.

It is renowned for its flora and fauna, deserted houses and is accessible by ferry from Dingle town. For experienced  hikers, you can walk the An Cró Mór, the highest point of the island (292 meters). If you do visit this island in County Kerry, make sure to stop and visit the Wild Atlantic Way!

Arranmore Island is the largest populated island in County Donegal and the second largest in Ireland with over 500 inhabitants. It is an island not very well known because it is much less touristy than the other Irish islands. Nevertheless, it is rich in heritage and the local inhabitants are very attached to their traditions. Arranmore is also part of the Gaeltacht, where the Irish speak Irish Gaelic, and live in traditional houses. From mainland Ireland, you can admire spectacular views of the island from the sea. The island is approximately 22 km long and is at the top for an incredible panorama of the Donegal coasts.

You can take the ferry from the coast to reach Arranmore. Arranmore Island has great wilderness, lakes, and peat moss. It is endowed with an exceptional wild landscape to discover. Several routes can be made by car along the dirt roads, or you can explore the island on foot.

Achill Island in County Mayo is Ireland’s largest island and lies off the west coast of Ireland. The first men arrived on Achill Island over 5,000 years ago during the Neolithic period. The island then saw the arrival of Christianity, and later the reign of the pirate queen, Grace O’Malley. The English occupation followed, then, the Great Famine, and finally, the decline of transhumance and their way of life.

Achill Island has a population of 2,700 today and is accessible by bridge. Achill Island offers fabulous landscapes including its rugged coastline, magnificent beaches, deserted moor, green hills, and mountains offering extraordinary views. We recommend you visit the Croaghaun cliff which is amazing as well as its beaches with turquoise waters like Keem Beach.

Cape Clear Island is an Irish island located in the southwest of County Cork, in the Gaeltacht region, a region where the population speaks mainly Irish Gaelic. This island is the southernmost inhabited part of Ireland, with a population of around 100 people. It is an ideal destination for tourists who wish to immerse themselves in Gaeltacht culture and its rich heritage.

The island is accessible by ferry and offers you exceptional views and must-see places on the island: a prehistoric stone, an impressive Neolithic tomb passing through Cill Leire Forabhain, a Celtic cross dating from the Iron Age located on Croha West, a prehistoric tumulus on Comilane and many others.

The Aran Islands are accessible by ferry and include a few must-see tourist sites: Fort Dun Aengus, Teampull Bheanáin Church and 14th-century O’Brien Castle. In fact, it was originally on the Aran Islands that the famous Aran sweater or Irish sweater, made from local virgin wool, was born.

Garnish Island is a beautiful island located in Glengarriff Harbor on the Beara Peninsula. It is a heavenly place known for its beautiful gardens and it acts as a small island home to a colony of wild seals. In the interactive sculpture gardens, visitors can relax and explore nature creatively and enjoy the beautiful flowers, trees and birds. It is a place of tranquility and escape.

Dursey Island is an island located at the southwestern tip of the Beara Peninsula in County Cork. It is an island without shops or restaurants, but its landscapes are exceptional. Dursey Island is 6.5km long and 1.5km wide. Separated from the rest of Ireland by an inlet called “The Dursey Sound”, the island is connected by a cable car which is the only cable car to cross open sea water in Europe. This island is therefore an attraction for tourists to enjoy the cable car but also to enjoy an incredible view of the ocean and enriching archaeological sites.

Located in County Kerry, the Skelligs Islands are two rocks 8 miles off the Iveragh Peninsula. It is one of the most beautiful archipelagos in Ireland with some of Ireland’s most famous islands thanks in large part to Star Wars, which used the Skelligs as a filming location.

The two islands of the archipelago are Skellig Michael and Little Skellig. Considered a UNESCO World Heritage Site, Skellig Michael is the largest and wildest island in the Skellig, known for its impressive black rocky outcrop that rises to 218 meters. On this island, you can admire the wonderful buildings still intact where monks once lived. These monks mainly fished and left Skellig Michael in the 13th century, abandoning their churches and huts. Unlike Skellig Michael, Little Skellig has never been inhabited. It offers you an exceptional flora and fauna as well as  wild and spectacular views.

Tory Island is a small island off the coast of County Donegal in the northwest of Ireland. It is located in the Gaeltacht area and the Gaelic language is widely used on the island. Just 4km long and 2km wide, Tory Island is inhabited by less than 200 residents, who make a living from fishing and tourism. Painting and art are special assets of the island. We recommend that you visit the island village, including its school, homes, and shops.

Innisfree is a small uninhabited island in Lough Gill, just outside the town of Sligo. Lough Gill is a lake located near the town of Sligo. Innisfree Island is accessed by a beautiful footbridge and offers some great hiking trails. Innisfree was the birthplace of William Butler Yeats, a prominent Irish writer from Sligo who wrote the poem Lake Isle of Innisfree, where it honours the sweetness and tranquility of the island.