Northern Irish Bread: 6 Delicious Breads To Try On Your Trip To Belfast 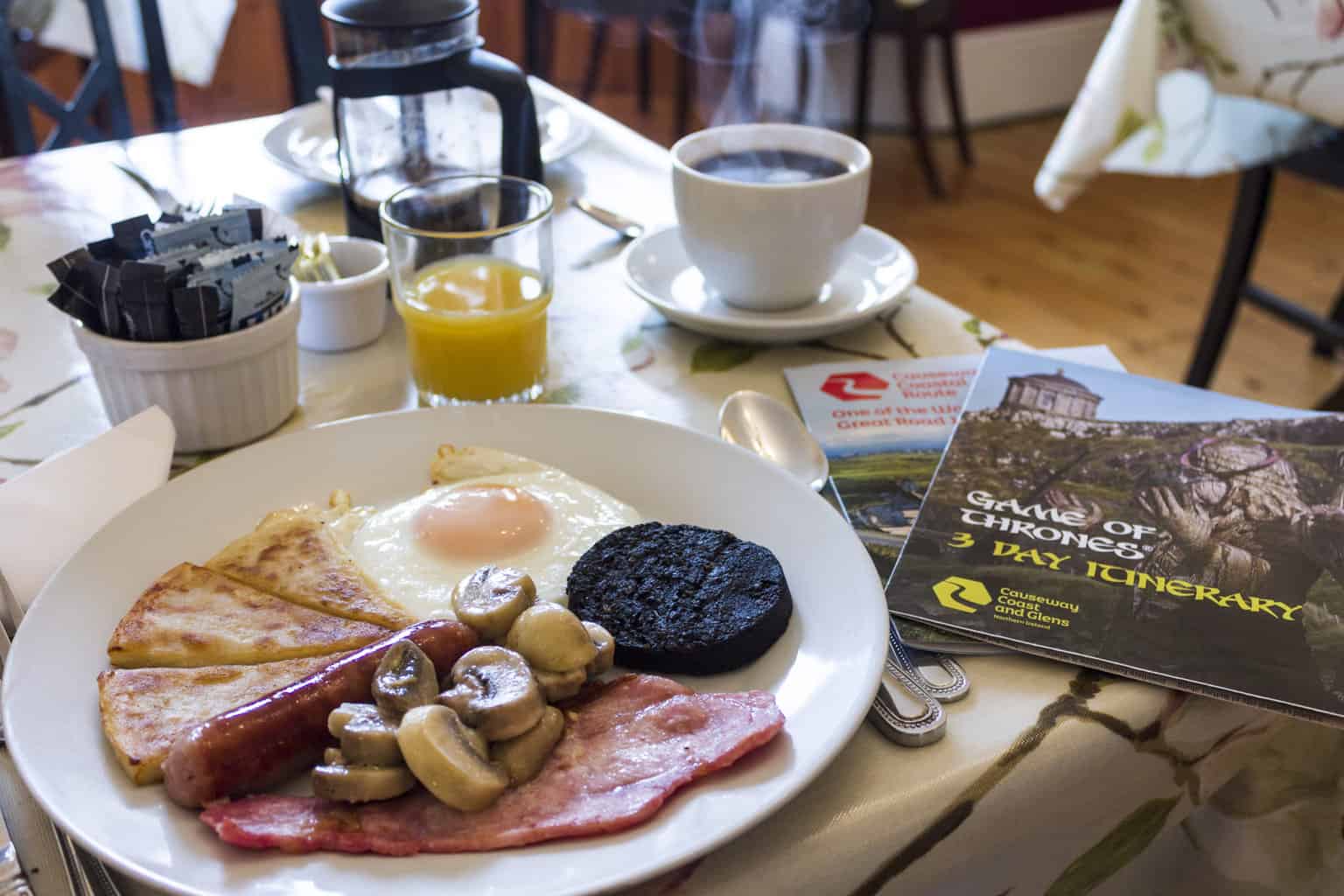 Want more Irish food inspiration? Check out our article for more inspiration on what you can eat on your trip to Northern Ireland.

What Northern Irish Bread should you try?

A Barmbrack is a traditional Northern Irish bread made with raisins and sultanas baked inside which are soaked in tea or even whiskey. This sweet loaf can often be found sliced and slathered in butter if your granny has guests round. It is traditionally baked on Halloween and on this special occasion dried fruit may not be the only thing found inside a barmbrack.

Barmbrack is always filled with fruit but on Halloween symbolic additions are made to tell the future of those who eat the loaf. There are seven symbols which would be baked into the barmbrack which legend say tell your future for the next year. They are:

Either way you may need a trip to the dentist if you try out this particular version of the barmbrack. Most of the time you can just expect a nice bit of fruit loaf from this Northern Irish bread.

What is a Belfast Bap you ask? Essentially it’s a soft roll with a very crisp and dark baked top. It is also the ideal carrier for the ingredients of a breakfast sandwich. You can spot a Belfast Bap from other rolls and buns by its near burnt top which is usually coated in flour. This iconic Belfast staple was created in the 1800’s by a man called Bernard Hughes.

He created the loaf to help those going hungry due to the potato famine as it was cheap and filling. The name Belfast ‘Bap’ stands for ‘Bread at Affordable Prices’. We are still being satisfied by this Belfast bread staple today even if you only really find it in Northern Ireland.

This soft flat bread is a staple of the Ulster Fry and is the breakfast of champs which goes perfect with bacon. Potato bread was the perfect starchy staple for making it an ideal Northern Irish bread as all of Ireland was historically poor and foods had to be hearty and filling. Potatoes grow in large numbers in a small space and so are the perfect substitute for large amounts of flour. The Northern Irish potato bread is different to that of other versions around the world as it comes in the form of a farl.

A farl is a triangular shape with a rounded outer side due to the fact it is cut from a larger circle of dough. It comes from an ancient Scottish word which means ‘quarter’. A potato bread is rolled out into a circular shape then cut in the shape of a cross creating four equal farls.

There is a fun reason behind the creation of farls as well as it was once believed that to allow fairies and spirits out of your baking you would create a cross shape in it for them to escape. Some even believed it baked the devil out of your bread if you marked it with a cross. Not many people follow the ancient Celtic beliefs of Ireland anymore but the potato bread is still in farls.

Soda bread is served up as part of an Ulster fry covered in butter but is also the perfect base for a breakfast sandwich with the iconic sausage, bacon, and egg soda a Belfast breakfast staple.

Veda bread is a dark malted loaf which originated in the 1900’s and was once sold throughout the UK and Ireland but now is only sold in Northern Ireland. Making it an exclusively Northern Irish bread now. When in Belfast you can find it in most shops and take it home to have with toast and maybe even some cheese. This slightly sweet loaf is an interesting addition to Northern Irelands breads.

Technically, wheaten bread is also a form of soda bread as it is not yeasted and instead uses baking soda. Wheaten bread is a brown bread loaf which is hearty and filling. Once baked its ready to be spread with butter or jam or dipped in soup or stew.

Where to Buy Northern Irish Bread in Belfast?

When visiting Belfast it is the perfect opportunity to try out some Northern Irish bread. You can find breads as part of an Ulster Fry in café’s and you can also grab breads from a local shop but you should also check out other places such as:

Family bakeries – Northern Ireland is filled with fantastic family bakeries which you can visit to grab some great breads for you to try out.

St. George’s Market – Belfast has the last Victorian covered market which is still used as a market place and every weekend Friday to Sunday they have a huge range of stalls. While at St George’s Market you can visit bakery stalls for bread to take home or visit a street food stall to grab a filled Belfast bap, a sausage bacon egg soda, or soup and wheaten.

How to Make Northern Irish Bread

How to Make Northern Irish Barmbrack

Mix together the mashed potato with flour and butter (melt the butter before adding if the mash is cold). The mixture should pull together into a dough, add a little bit more flour if too sticky. Roll out the dough in a circular shape then cut it into farls.

Cook each farl by placing them on a warm skillet or non-stick pan for two minutes each side.

How to Make Northern Irish Wheaten