From cities to sand, history to hospitality - travelling the Middle East, you will find it all. 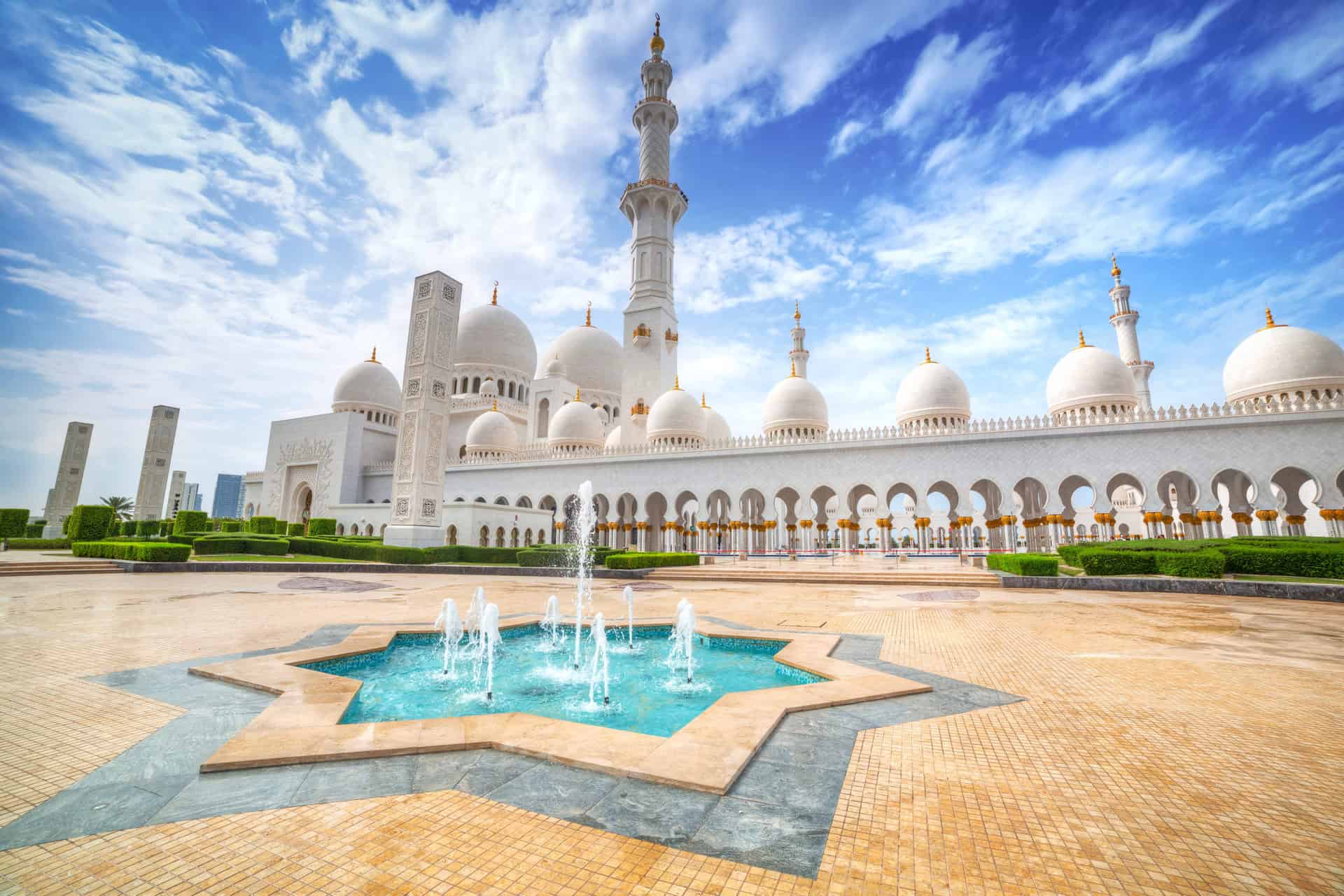 The Middle East is a geographical region that extends from West Asia to North Africa, it is the seat of many religions like Islam, Christianity, and Judaism and the Arabs are the largest ethnic group in the Middle East and then the Turks, the Christians, and the Jews.

The Middle East includes several Asian countries and they are Cyprus, Syria, Iraq, Turkey, Jordan, Lebanon, Iran, Yemen, Kuwait, Oman, Saudi Arabia, the United Arab Emirates, Qatar, and Bahrain. It also extends to the continent of Africa to include Egypt.

The languages spoken in the Middle East are Arabic, English, French, Turkish, Kurdish, and Persian. The Middle East is a connecting point between Asia and Africa through the Suez Canal in Egypt.

The area included 3 of the Seven Wonders of the Ancient World, one of them is still standing until today which is the Great Pyramids of Giza and the other two were destroyed and they are the Hanging Gardens of Babylon and the Lighthouse of Alexandria. There is a wide range of the Middle East is characterized by its beautiful landscapes of plains, forests, and deserts.

The Middle East contains a large group of civilizations and empires that originated in it, for example, the Pharaonic Empire in Egypt, which is the first and oldest civilization in the world and after that, there were powerful civilizations emerged including the Persians and the Greeks and then came the Roman civilization all of them grew up in the Middle East.

Now let us know more about these countries and some of the Middle East top attractions that you would love to see if you visited one of these countries.

The countries located in the Middle East are full of many beautiful places that anyone will love to see and explore whether it is an ancient place, museum, beaches, or many other things. So let us start our journey in these countries and see what we will find out.

Egypt is located in the northeastern region of Africa and has borders along the Mediterranean Sea, the Red Sea, and the Gulf of Aqaba and it has an Asian extension represented in the Sinai Peninsula. Egypt is one of the top-visited countries in the Middle East, where it contains two-thirds of the world’s monuments and besides that its weather and beaches that many tourists like to come to enjoy it through the year.

The most important attractions located in Egypt are the Great Pyramids of Giza, which consists of Khufu, Khafre, and Menkaure. The pyramid of Khufu is the largest one and is considered one of the Seven Wonders of the World. There is another famous attraction which is the Temple of Abu Simbel that is consisted of two temples that were carved into the rocks and built during the region of King Ramsis II and it is located in Aswan in the south of Egypt.

The United Arab Emirates is located in the southeastern region of the Arabian Peninsula, it is considered one of the most famous tourist countries in the region, and tourists come to experience the tradition of the country and to enjoy safari trips, beaches, and shopping in the malls spread all over the country.

The top attraction located in the United Arab Emirates is Sheikh Zayed Grand Mosque in Abu Dhabi and it is considered one of the largest mosques in the world and it was designed impressively. It was named after Sheikh Zayed in honor of the founder of the United Arab Emirates. Another attraction but this time located in Dubai, Burj Al Arab is one of the most famous places there, it was opened in 1999 on an artificial island and is one of the best places to enjoy the restaurants located under the sea.

Qatar is located in Southeast Asia, specifically on the Arabian Peninsula. Qatar is famous for being a rapidly developing country and this made it one of the most attractive countries for tourism and has many archaeological attractions.

One of the most famous attractions in Qatar is the Qatar National Museum, located on the Doha Corniche. It has a collection of antiquities that shows the history of Qatar such as a group of Islamic artifacts and traditional wooden boats. Another important attraction located in Qatar is Aspire Park, which is one of the largest parks in the Gulf region and contains many landscapes. Inside the park, there is a tower known as the Torch Tower which is 300 meters in height.

Jordan is located in the west of Asia, characterized by its ancient history, as it is considered the cradle of many ancient civilizations and the home of many human colonies, as there are more than 100000 archaeological sites in Jordan and some of them are still preserved in their natural state.

Jordan has one of the most famous landmarks in the world, which is the city of Petra that dates back to the 3rd century BC. Petra is an archaeological landmark that includes palaces, buildings, and storerooms carved from sandstone. One of the city’s most famous landmarks is a theater consisting of 7000 seats and columns built in the Greek style. Petra is located 240 km away from the capital of Jordan and it is considered a UNESCO World Heritage Site.

Also in Jordan, especially in Amman the capital city, there is Jabal Al Qalaa which is a famous attraction there and it witnessed many civilizations such as the Roman, Persian and Greek civilizations. Jabal Al Qalaa is the highest mountain hill in Amman and is located in the center of the city and from there you can see a wonderful view of the entire city. The place also includes many other archaeological sites such as the Temple of Hercules, the Umayyad Palace, and the Jordan Archaeological Museum.

Saudi Arabia is a country that has a distinct and unique position, in which there is religious and recreational tourism. There are the holy places in it, which is the Sacred House of God, in which the honorable Kaaba is located and it is the qiblah of Muslims. Saudi Arabia has the largest global Islamic gathering, where millions of Muslims go there to perform the Hajj.

For history lovers, Mada’in Saleh is one of the famous archaeological sites in Saudi Arabia and is located about 300 km away from the city of Jeddah. The area includes rock carvings and wells that contained fresh water in the past and the place is also famous for its 121 Nabatean tombs carved in stones.

Lebanon is located in the Middle East, specifically in the west of the continent of Asia, and is bordered on the west by the Mediterranean Sea. It is characterized by its multiplicity of culture and civilization, where antiquities in Lebanon vary with a mixture of ancient and modern civilizations, such as Roman ruins, the Ottoman baths, the Mamluk mosques, and the churches.

Lebanon also is one of the most famous Arab countries that allow you to practice snowboarding through mountain ski resorts. There are many famous places to visit in Lebanon, one of these places is Jeita Grotto, it is about 18 km away from Beirut and its length is 10000 meters and that makes it one of the longest caves. This adventure includes natural formations called the descending and it also competed with 28 of the world’s landmarks for the New Seven Natural Wonders of the World Award.

Another attraction that you can visit in this beautiful country is Jbeil City (Byblos), it is located 40 km north of Beirut, on the edge of the sandstone and humans lived in it since 8000 BC. The oldest alphabet known to man appeared in the Phoenician inscriptions and the city also includes the remains of the Roman amphitheater, the city wall, and a castle.

Turkey is in a privileged position as its borders link the continents of Asia and Europe, due to its Bosporus Strait which is a water divider between Western Asia and Eastern Europe. Tourist attractions are spread all over Turkey and are visited by tourists from all over the world and it is characterized by the presence of many historical, archaeological sites, where you will find museums, antiquities, and ancient cities.

One of the most famous places in Istanbul is the Hagia Sophia Museum, which is one of the modern architectural wonders. It was initially a church and was called the Great Church and it was converted into a mosque after that and then into a museum that contains many historical relics from different eras.

Also, there is the Bosporus Bridge which is one of the two bridges that connect the continent of Europe with the continent of Asia and its length is about 1510 meters. Another important attraction in Turkey is Sultan Ahmed Mosque or the Blue Mosque which is the famous mosque in Turkey it was built by Sultan Ahmed the first from the year 1609 till 1616 and it is characterized by its blue tiles.

Must See in Middle East

10 Things to Do in Suez City

Suez City is located in the eastern region of Egypt and bordered in the north by the city of Ismalia,... 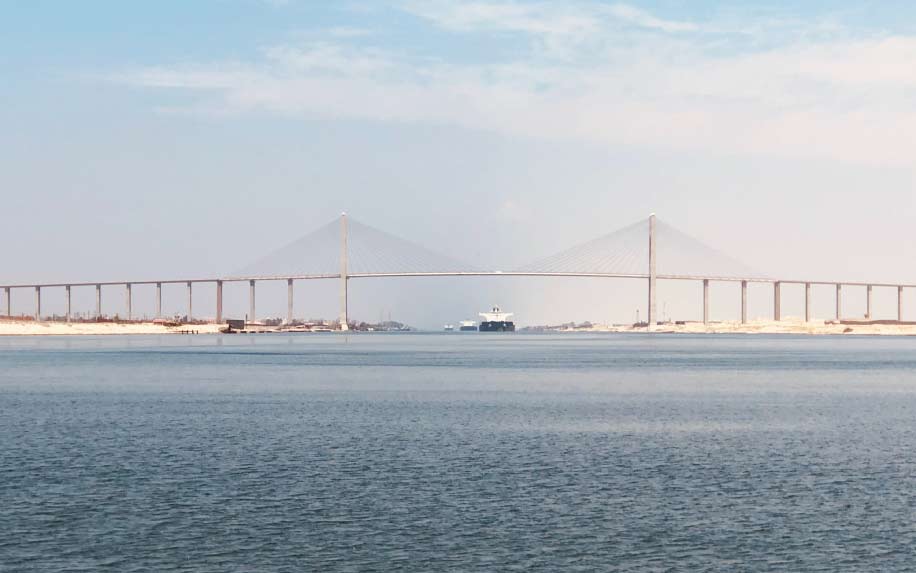 20 Incredible Places to Visit in Fayoum

As one of Egypt’s oldest cities, Fayoum is not just filled with countless historical wonders but also many natural astonishments!... 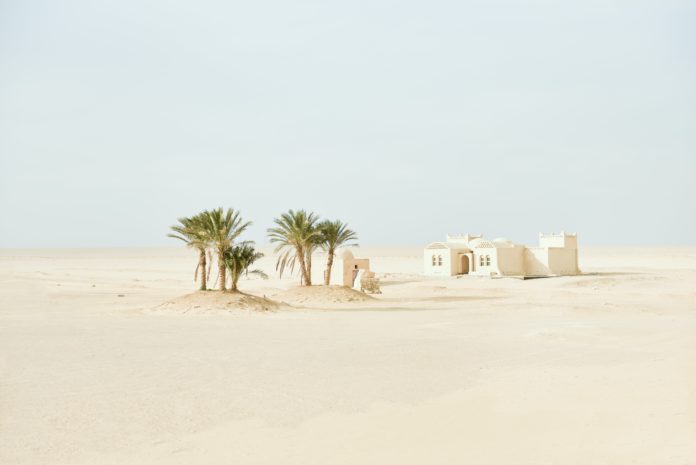 Nuweiba is located in the South Sinai Governorate, on the Gulf of Aqaba. It is an important port there, spreading... 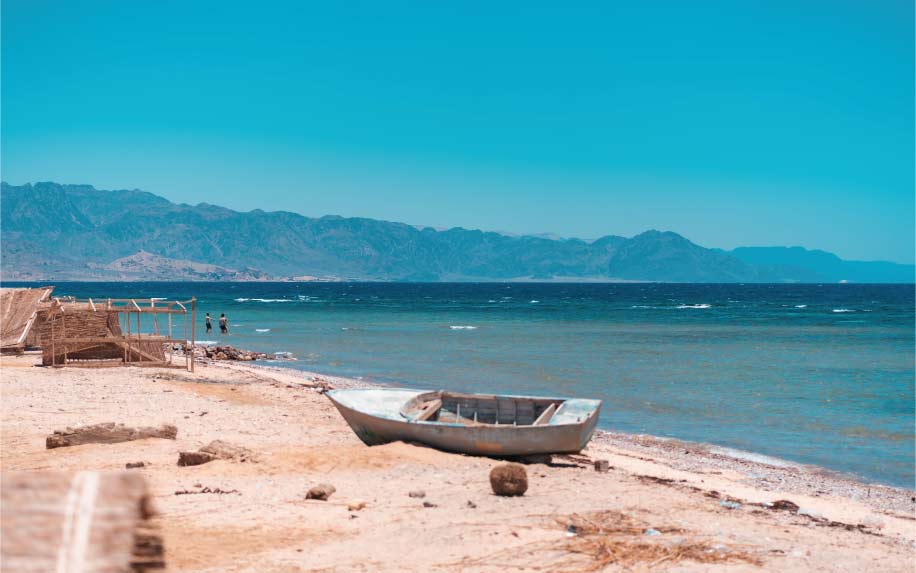 Even if you have seen thousands of pictures of the Pyramids, nothing beats the real life experience of getting up close to one of the Seven Wonders of the world.

The Grand Egyptian Museum is the most important cultural project in the world in the twenty-first century. It will be the greatest and largest museum in the world, and the interior design and display of antiquities will be dazzling.

Alexandria was founded by Alexander the Great, the King of Macedon, in 331 BC when Alexander came to Egypt. It is said that if you dig anywhere in Alexandria, you will uncover artefacts from the ancient world.

Top Places to Visit on a Day Trip to Alexandria

Summer Activities in the Middle East 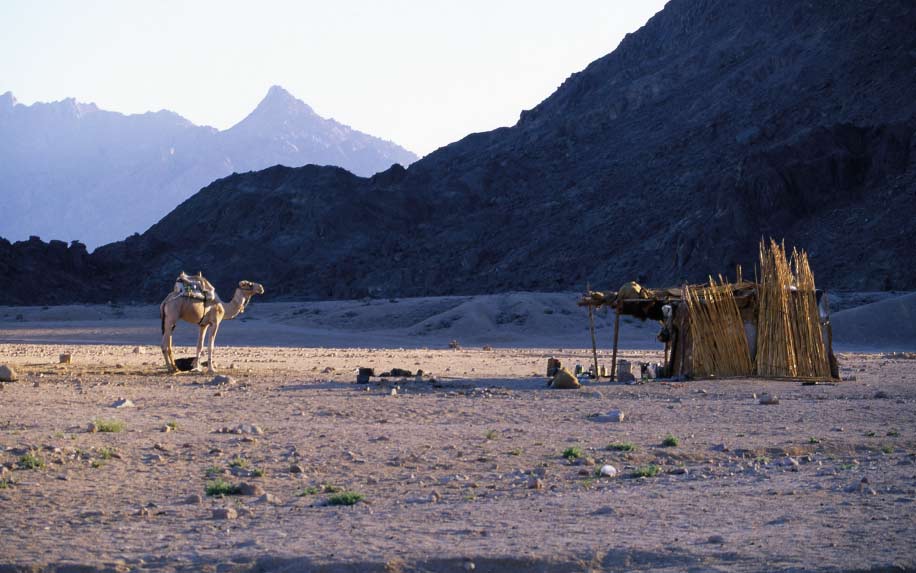 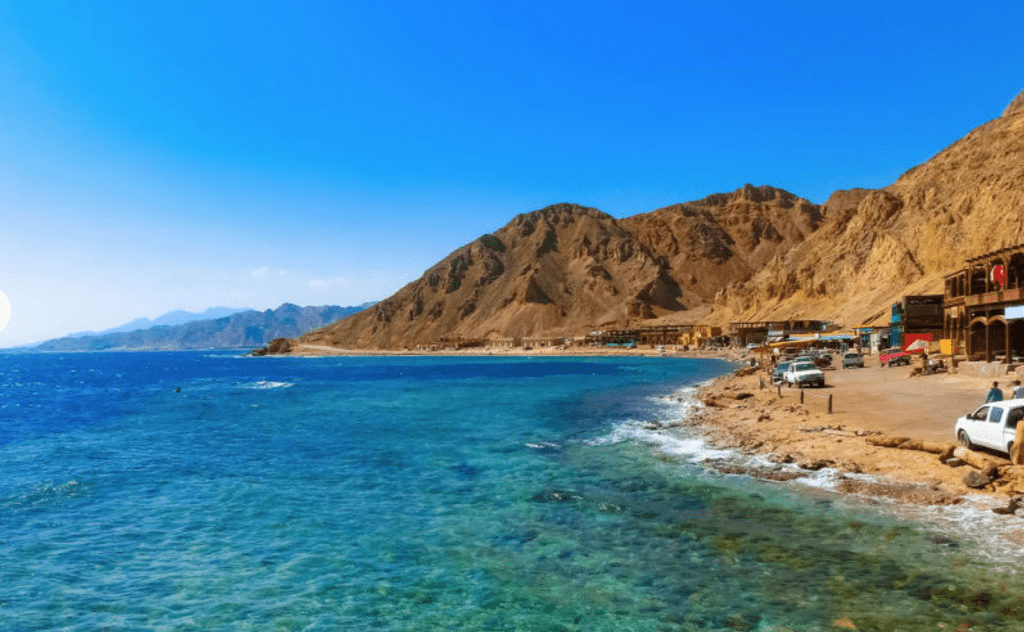 Dahab: A Piece of Heaven on Earth 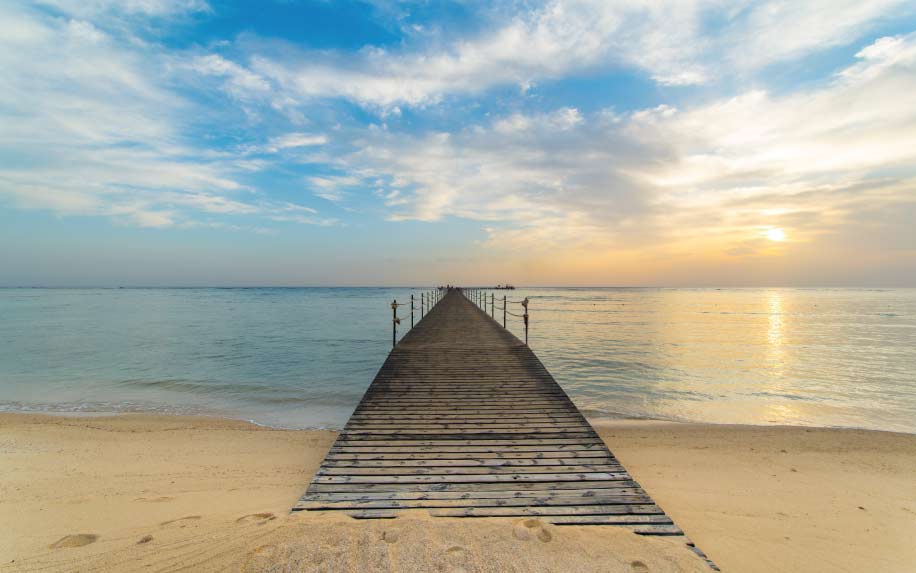