The Aran Islands: One of the World’s Best Island Destinations 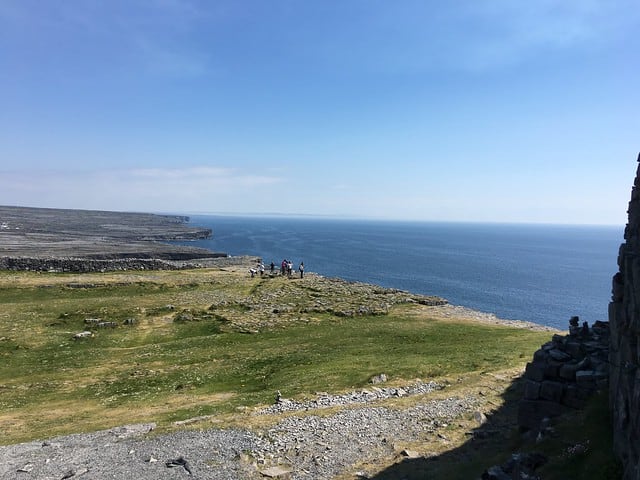 The Aran Islands are a group of three islands located on the west coast of Ireland in an area of 46 km. The three islands are Inishmore, which is the largest; Inishmaan, the second-largest island; and Inisheer, the smallest. The three islands have a collective population of 1,300. You can cycle and walk through the islands, but we recommend riding a bike as the best way to discover the islands.

If you go to the Aran Islands, you must visit the ancient Fort of Dun Aengus, located on Inis Mor Island. In order to stay on the Aran Islands, you will find small hotels, hostels and guesthouses, and you can go there by plane or car. Let us find out more about the three islands and the most popular things to do there.

It’s one of three groups of islands and the largest one among them. The island is a great destination for a holiday where you can find nice hotels, hostels and you can go for camping too. The island contains a famous spot called Dun Aengus which was built on top of a cliff. In order to reach the fort, you have to walk uphill. You will really love the view from the top and the ancient spot you are walking through.

If you have more time, you can rent a bike so you can explore the island more, but if it’s a rainy day or you don’t feel comfortable riding a bike, you can ride a bus as it will only cost you 15 Euro. There is also the Warm Hole, which is a wonderful place on the island, it’s a natural square-shaped at the bottom of the cliff, the spot became a place for the Red Bull Cliff Diving Series.

It’s the middle of the Aran Islands, with a population of 160. The language spoken there is Irish, but English is spoken as well. A famous spot you can find on the island is Dun Conchuir, an ancient fort; you can see from it a great view of the island and a wonderful panoramic view of the sea.

It’s the smallest island with 260 people living on it, its just 3 km including hills, a castle and a fort at the top where you can easily take a tour on foot or by bike. There is another option which is to have a tour in this tiny island by horse and carriage. One of the best places to visit there is Plassey Shipwreck that crashed off on the coast of Inisheer in 1960. The ship is still in its place until now; you don’t need scuba diving to see it, as it lies on the shore of the island. On the island, you will also find O’Brien’s castle, located on top of a hill with a 360 view of the island.

Secondly – Things to do in Aran island:

Located on the way of Dun Aengus, if you are riding a bike, it’s in the village of Kilmurvey. It’s a lovely Irish café serving home-made foods with nice and friendly service.

It’s a magnificent natural swimming pool and a great attraction for tourists, also Red Bull Cliff Diving is held there. You can go to the Worm Hole by walking east along the cliffs from Dun Aengus. It’s considered one of the famous places in the Aran Islands.

An ancient stone fort built in 1100 B.C; it consists of three stone walls on a height of 100 meters. It’s difficult to get to the attraction but you will be impressed with what you will see when you do

A remarkable castle that was built in the 14th century; if you visit this castle you should climb up to reach its top, as it’s located on the highest point in Inishmore.

Anyone who hears the name will think it’s really seven churches, but they are just two churches that date back to the 7th century, located near the village Eoghanacht. The churches were a famous monastic place in the past within the west coast of Ireland.

It’s in Inishmore Island, the largest of the Aran Islands. Its white sand and blue waters are really amazing, It’s safe for you to swim in it, also you can have a nice picnic on a beautiful sunny day.

One of the popular attractions in the Aran Islands, especially in Inismoore Island, it’s between Kilronan and Kilmurvey, if you are cycling you will come across many seals bathing in the ocean.

These are just some of the places in the Aran Islands, which you should really consider visiting in Ireland. Tourists will really like all three islands, whether for their forts, beaches, natural landscapes or castles. I really advise anyone who hasn’t been there before to book a flight to Ireland and spend a great time at the Aran Islands and exploring all that it has to offer.

Have you ever been to the Aran Islands before? What did you love about this special place in Ireland? Let us know in the comments below.

Killybegs: The True Gem of Donegal | Arramore Island: A True Irish Gem| Mullaghmore, County Sligo| Take a Trip with Us around County Kerry| The Dingle Peninsula: A Beautiful Part of Ireland|