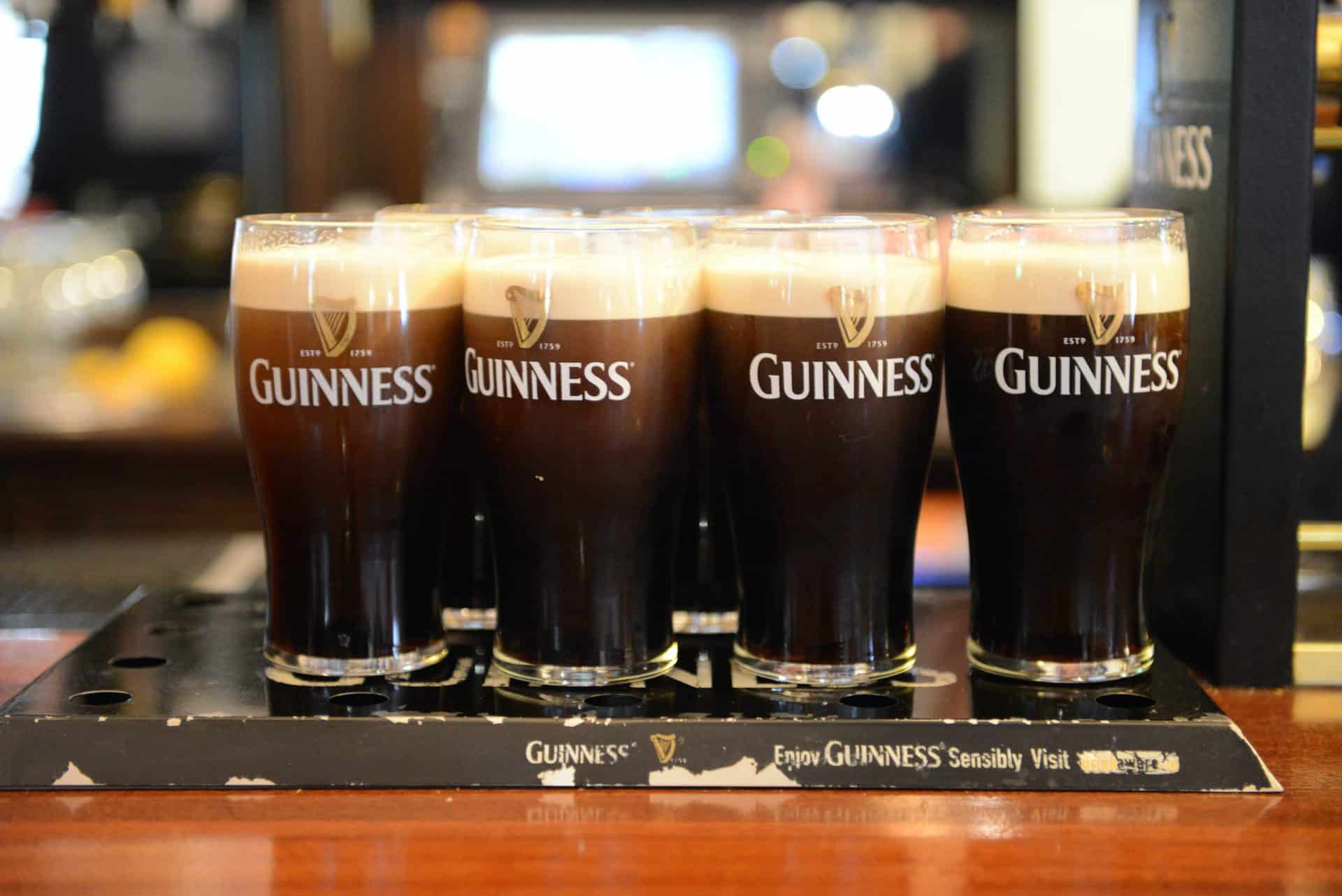 Throughout Ireland, you can find over 7,000 pubs. While some are new and modern, there are a handful of pubs in Ireland that date back centuries and come full of old tales and fascinating histories. Whether you’re a local or a tourist here on holiday, our list of 7 of the oldest pubs in Ireland will leave you craving a pint.

Johnnie Fox’s Pub is more than just a place to grab a drink. Known as the “Highest Pub in Ireland”, this venue combines an old timey Irish atmosphere and modern meals with fresh ingredients. Located right in Dublin, it is a must-visit for all. Those who visit Johnny Fox’s will be delighted by the stunning structure, décor, live entertainment, and of course, food and drink. Inside the pub you will find live traditional Irish music as well as a famed Irish step dancing show.

Only 9 years after Johnnie Fox’s Pub was established, 1798 was a historic year for the island of Ireland. Surrounded by monumental events such as the People’s Rising in Wexford and the Landing of the French at Killala, the pub’s location in the Dublin Mountains was a refuge.

Due to its place in Irish history, Johnnie Fox’s Pub also functions as a living museum, its walls covered with antiques and relics of its past. The 232-year old pub started off as a small farm, and today, the building has many remnants of its past. Some of these remnants are “The Pig House” dining area and “The Haggart”, which is where animals were housed in the days of old.

If you want a truly traditional Irish pub experience, Johnnie Fox’s pub will have you travelling back in time.

McHugh’s Bar is the oldest pub in Northern Ireland and the oldest known building in Belfast. While this pub may not be as well known to tourists as other Belfast pubs, McHugh’s is a fantastic place to grab a pint and enjoy some live entertainment.

The building began as a private residence before being converted into a pub a few years later. While the pub has had many renovations and expansions to keep up with the times and growing popularity, much of the structure still contains original features. In fact, the building even still has the original 18th century wooden support beams!

Opening its doors in 1641, Morahan’s Bar is one of Ireland’s oldest family-run businesses. To prove the Morahan’s long lineage in Bellanagare, guests can marvel at licenses on the pub’s walls that date back to 1841! Morahan’s bar historically functioned as a small shop, and still does today! In the 19th and 20th centuries, you could find wholesale items such as 50 pound bags of sugar, and today at Morahan’s you can still find packaged goods on their shelves.

Established in 1611, this pub was originally named Kings Arms. Over 400 years later, the owner gifted the pub to his daughter as a wedding present. When he gave it to her, the pub was renamed after her and that is how it became Grace Neill’s as we know it today. IF you’re looking for a wedding venue, you can remake history and book your reception at Grace Neill’s! Throughout its existence, Grace Neill’s has been visited by even pirates and smugglers who enjoyed a pint at the pub. Since the beginning, this pub has been a delight to both locals and tourists for food, drinks, and socialising.

Kyteler’s Inn is a traditional Irish pub that features homey dishes, an old but comfortable theme, and casual food options. This pub covers two storeys and features an outdoor courtyard seating area. At Kyteler’s Inn, you can experience an atmosphere from the days of old as well as live music entertainment.

The history of Kyteler’s Inn dates all the way back to the 13th century. In 1263, the inn hosted visitors and provided traditional Irish food and drink to all who came through its doors. However, the real story behind this pub is the owner’s:

Alice de Kyteler, the original owner of Kyteler’s Inn, was born in Kilkenny to wealthy parents. Throughout her lifetime, Alice married four times and each marriage ended rather mysteriously. Her first husband was a banker. Within the first few years of their marriage, he became ill and suddenly died. Shortly afterwards, Alice remarried to another wealthy man, who coincidentally, also died rather suddenly. Alice remarried for a third time, and he too, died quickly and mysteriously.

After the death of her third husband, Alice married her fourth, and final, husband. Just like those before him, her fourth husband quickly became ill. Shortly before his death, he wrote Alice into his will, which angered his family. Their jealousy and anger led them to accusing Alice de Kyteler of witchcraft and sorcery. Before she was to be tried and possibly burned at the stake for her rumoured crimes, Alice fled to England and disappeared.

Today, guests can visit the statue of Alice de Kyteler at the entrance of Kyteler’s Inn and reminisce about her life and tale.

One of the oldest pubs in all of Ireland, The Brazen Head has existed since 1198, and has appeared in paper documents since 1653. At this pub, you can enjoy delicious food and drink, as well as live music and storytelling. If you choose to visit this historical gem, you will be transported to the days of old, sitting in the same building as Robert Emmet, the Irishman who used the pub as a location to plan the Irish Rebellion of 1798. As a result of the failed rebellion, Emmet was hanged and his ghost is said to still haunt the pub to this day.

Located approximately halfway between Dublin and Galway, Sean’s bar is famously known as the oldest pub in all of Ireland. In fact, Sean’s Bar even holds the Guiness World Record for being the oldest pub! Many pubs claim to be the oldest, however Sean’s Bar can truly prove it. During renovations in the 1970’s, the walls of the pub were discovered to be made from materials that date back to the 9th century. Upon this discovery, the walls were moved and are now on display in the National Museum of Ireland, with one section still viewable in the pub itself.

Although Sean’s Bar proudly holds the title of oldest pub in Ireland, the owners aren’t done with their search for accolades yet. Today, research is ongoing into which establishment will gain the title of “The Oldest Pub in the World”, and to this day, no pub older than Sean’s Bar has been found!

When you visit Sean’s Bar, you will be treated to old timey décor and atmosphere, welcoming company, and great drinks.

Mohamed Ali Palace in Manial: Home of the King Who Never Was