Plan the Ultimate Vacation: Places to Visit in Egypt (Part 2) 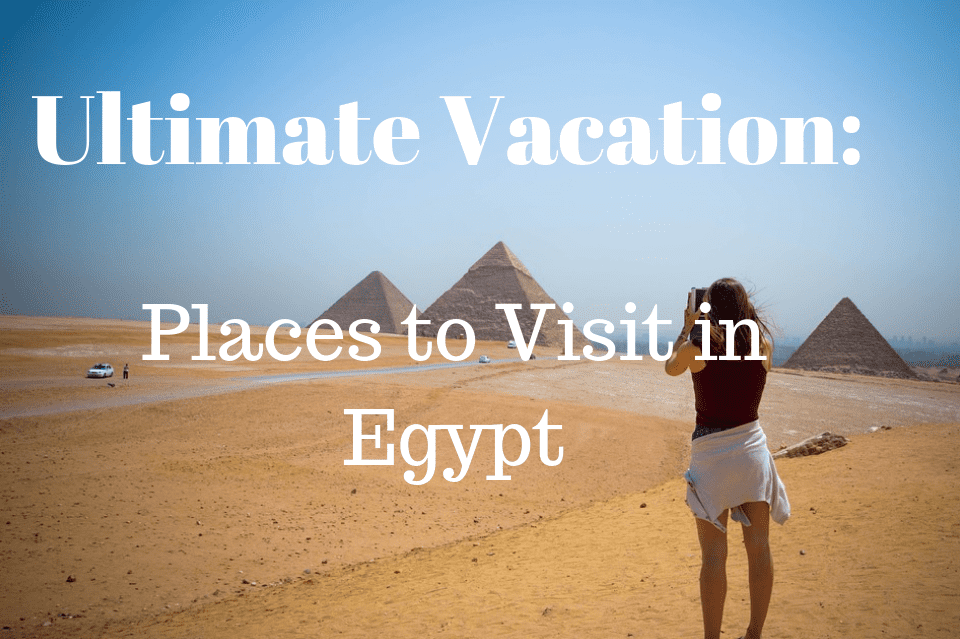 Whether you’re looking for a night out or a trip down memory lane, Cairo and Alexandria in Egypt are the perfect holiday destinations for you! Take a look at some of the best locations to visit in the country that brought us the most wondrous ancient civilization known to man.

Blast from the Past: Explore the History of Egypt

Not only does Cairo house so much of Egypt’s history, but you can also take a walk through its streets and see for yourselves what life must have been like there a hundred years ago.
Located in Islamic Cairo, Moez Street is one of the oldest streets in the city. It is named after Al-Mu’izz li-Din Allah, the fourth caliph of the Fatimid dynasty.

The area contains many historical buildings dating back to different eras. Such as the Tulunid Period, the Fatimid, Ayyubid, Mamluk, Ottoman until the Muhammad Ali Era. Among the famous archaeological treasures located along the street are Mosque of Al Hakim bi Amr Allah, Bayt al-Suhaymi, Mosque of Al-Azhar, Wikala of Al-Ghuri, House of Zaynab Khatun, House of Sitt Wasila, and Mosque of al-Aqmar.

A study conducted by the UN found that Moez Street contains one of the highest numbers of medieval artefacts in one location. Great to just walk around and take in all the impressive history and architecture on display.

A major bazaar also located in Islamic Cairo, Khan El Khalili is widely known for its wide assortment of shops. Displaying priceless souvenirs, antiques and jewellery for visitors to take home with them to remind them of their amazing visit.
Aside from the shops, there are several coffeehouses and small restaurants throughout Khan El Khalili, the oldest of which is Fishawi’s (1773).

The park’s development cost over USD $30 million and the man behind the idea to establish it the Aga Khan IV.  A descendant of the Fatimid Imam-Caliphs who founded Cairo in 969 A.D.
The Park boasts vast gardens as far as the eye can see, where friends and families can gather to stroll or have a bite to each at the cafes or restaurants inside.
It is the perfect place for a visit during the summer or spring when the weather is quite enjoyable.

This garden is perhaps one of the most filmed locations in Egypt. As it was included in numerous films during the golden age of Egyptian cinema in the 1950s and 60s.
The Garden was once the private property of Khedive Ismail, but later became public property after the monarchy was abolished. It became a well-known meeting place for lovers more than a century ago.
If you’re looking for a quiet place to enjoy your day in Cairo, then the Aquarium Grotto Garden is the place to go.

The Orman Garden dates back to 1875 and became a public botanical garden in 1910. The garden contains a rose garden, a rock garden, and cactus gardens. As well as a lotus pond.
Every year, starting March 22, the Spring Festival is held at Orman Garden and companies exhibit their various plant offerings.

The Andalus Garden was established in 1929 by Zulfugar Pasha as a present to his wife. This garden covers an area of 8,400 square metres. It overlooks the Nile and has three sections, each inspired by a different architectural style: arabesque, Andalusian, and Pharaonic.
The park contains long walkways and benches overlooking the Nile so that visitors can enjoy the stunning view.

The Karnak Temple Complex consists of several temples and chapels dating back to the Middle Kingdom of the Pharaonic Era (2050 BC – 1710 BC). With each pharaoh to rule Egypt after that adding to it until the Ptolemaic Era. Meaning it was built over the course of 1000 years.

It is considered to be the biggest “open-air museum” in the world. Which is no surprise since Egypt contains a third of the world’s antiquities. At its time, it was also the largest and most important religious complex in ancient Egypt.

If you happen to be lucky enough to pass by Luxor during your travels, Karnak Temple has to be one of your main stops. Be sure to check out the Light and Sound show as well. It takes you through the temple’s history in detail while shedding light on each section of the temple that the show is discussing, making it truly an unforgettable event.

The Alexandria Aquarium was built in 1930 and is near Qaitbay Citadel on Alexandria’s coast. The aquarium includes many exhibits containing species from the Mediterranean and the Red Sea, the Nile and the Amazon. It also includes the Marine Research Institute.

The Library of Alexandria (Bibliotheca Alexandrina)

Inaugurated in 2002 in the city of Alexandria, almost two thousand years after its ancient predecessor was destroyed. The Library of Alexandria was built for the purpose of becoming a centre of excellence and cultural exchange in the Mediterranean region. As it holds thousands of books and references, even historical ones.  It is a cultural centre where a variety of performances and events take place every single day.

The Main Library that contains up to millions of books, the Library of Alexandria also includes a Planetarium that screens various scientific shows every day for children and adults alike.
Not only that, but the institution established over thirteen research centres focused on all fields of knowledge.
Additionally, it hosts numerous exhibitions and museums for art and history lovers from all over the world to enjoy.

Located 100 kilometres southwest of Cairo, the Fayoum Oasis is full of must-see attractions. Such as Wadi El Hytan, a UNESCO World Heritage site that was actually submerged more than a million years ago. It now contains fossils and skeletons of extinct whales, along with unique rock formations. Visitors can camp there overnight to enjoy the amazing view at dawn.

Another unique attraction is Tunis Village, which was built in 1962 by an Egyptian poet who settled there with his Swiss wife. They decided to build a house and a pottery workshop to teach pottery making to the locals.

One of the most popular tourist sites in Fayoum is Wadi El-Rayan, one of the largest waterfalls in Egypt.

Taking a trip to Fayoum means you get to enjoy the gorgeous natural landscapes as well as take part in loads of activities, such as hiking, bird watching, sand-boarding, camping, camel trekking and Horseback riding, and fishing.

Hope this helps you plan a great trip around Cairo and Alexandria, they are so much to see and do. You’ll be sure to have an amazing time exploring some of the best places in Egypt.

Also, don’t forget to check out related places and attractions in Egypt: Places to Visit in Cairo| Qaitbay Citadel in Alexandria| Egypt’s Hidden Gems|North Coast Egypt| Your Ultimate Egypt Vacation: Must See Places in Egypt (Part One)| Famous Haunted Houses in Egypt| The Splendor of the History of Alexandria| King Tutankhamun|