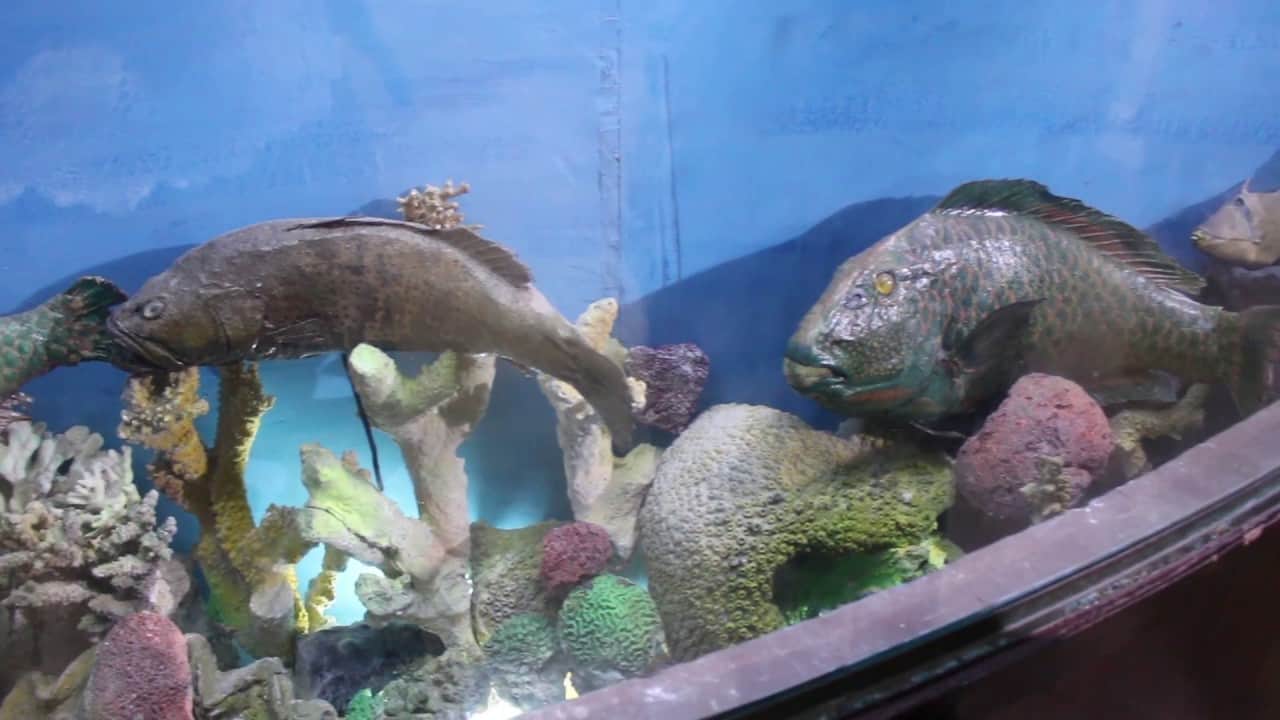 If you are ever in Alexandria, the first thing you will need to visit is Qaitbay fort on Alexandria’s Eastern harbor. And when you get there you will be drawn to a place just as beautiful and interesting, which is the Aquarium museum.

If you ask any 20-something year-old local resident, they will tell that this place reminds them of their childhood. Alexandria’s Aquarium museum is considered an important educational and also historical sight, which is why many school field trips are arranged to visit.

The Aquarium museum in Alexandria should be seen among the historical places out there, being open since the year 1930. Its purpose was to protect and preserve the largest number of sea creatures and species possible. The museum is located only a few steps away from Qaitbay fort along the eastern harbor of Alexandria.

What Will You Find in Alexandria’s Aquarium Museum?

There are a lot of different types and species of aquatic animals to be found at the Aquarium museum, among those is a large array of fish, crustaceans and sea turtles. From the Mediterranean and Red seas which surround Egypt, the museum shows us what the underwater sea life there is like.

But the species you will find there are not only from salty sea waters, but also from the fresh water of the Nile River and the Amazon. It is also the only museum that has living sea creatures in the governorate.

Alexandria Aquarium museum is the probably the only place where you can see living and preserved and sea creatures. You can also see a skeleton of the largest, most feared creature among the sea animal. And the statue of the beautiful mythical mermaid will definitely be a favorite.

NIOF (The National Institute of Oceanography)

The Aquarium museum is considered a part of the National Institute of Oceanography and Fisheries that is because it holds a great number of rare species of sea creatures. You may also find it interesting to know that the museum has several laboratories and a library besides the water tanks, where the fish and sea plants live.

Some locals believe that the museum was designed to replicate a submarine, with the tubes and rustic walls. The walk through the museum corridors and looking at the tanks of fish and sea creatures on both sides, will give you the feeling of looking through the glass of a submarine.

Plan a Day Around the Aquarium Museum

Alexandria Aquarium museum receives thousands of visitors each year from all around the world, from foreign tourists to the hundreds of children who visit seeking fun and education at the same time. But it is probably best to visit on weekdays to avoid it when it is overcrowded with families on weekends.

The perks of the Aquarium museum are not limited to its rich content of sea creatures (alive and preserved), but a huge part of the experience is the museum’s location itself. Being located right alone the sea shore; the fresh sea breeze is definitely a plus to this site’s visit, also being so close to Qaitbay fort will make your plan for the day that much easier.