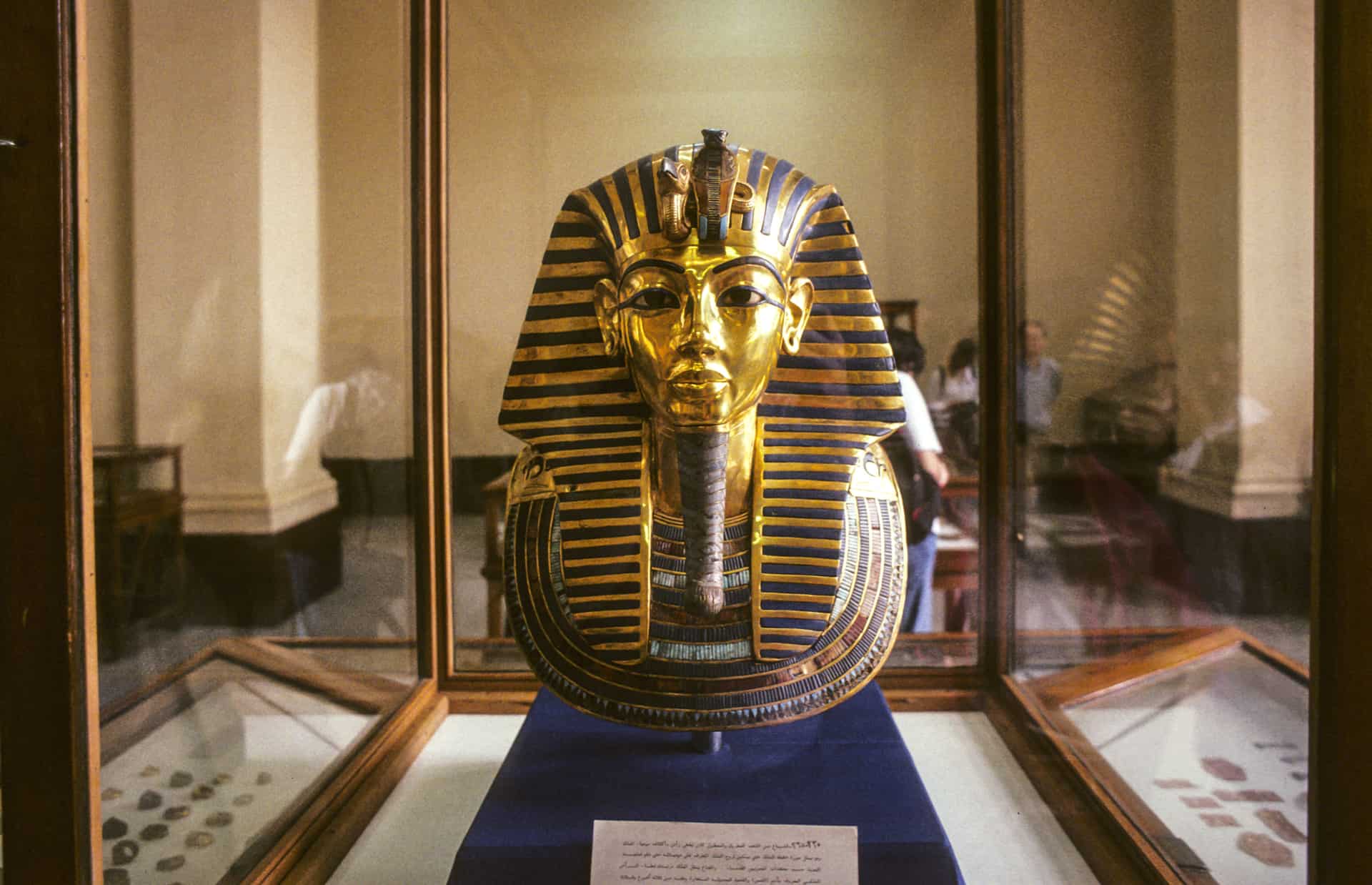 Tutankhamun is by far one of the most well-known kings of the ancient world. He ruled ancient Egypt from 332 to 1323 BC. What has led to the fascination with his life is the fact that his tomb was the only ancient Egyptian tomb to be found completely untouched.

The 1922 Howard Carter, a British archaeologist and Egyptologist, discovered the tomb of Tutankhamun in the Valley of the Kings, Luxor, during an excavation that was funded by Lord Carnarvon, that received worldwide press coverage.

Despite his posthumous status, King Tutankhamun did not have a large elaborate tomb. By the time of his death, during the era of the New Kingdom, most kings were now buried in secrecy. The reason for that is perhaps to avoid gravediggers and thieves.

Another probability is that Tutankhamun died too young to complete his ambitious plans of a large tomb. What’s more than that is that it seems he was buried in a coffin that was actually intended for someone else. The research found out that the coffin seemed to be too snug for the 180 cm tall Pharoah. However, the innermost coffin was made from thick gold that weighs 110.4 kg.

Tutankhamun’s mask, now preserved and on display at the Egyptian Museum, remains as one of the most fascinating discoveries of the era. Exhibits of artefacts from the Tutankhamun’s tomb have been showcased at major museums all over the world.

While most of the artefacts and treasures found in the tomb have now been moved to the Egyptian Museum in Cairo, King Tutankhamun’s mummy remains in its tomb in the Valley of the Kings preserved in a climate-controlled glass box. An exact replica of the tomb is located at the Pharaonic Village in Cairo.

Over 5,300 items were found in the tomb, including the innermost pure gold coffin, the face mask, his thrones, archery bows, and trumpets, in addition to food and wine. Perhaps the most interesting of the artefacts is one of two iron daggers. At the time, iron was a rare and precious metal. Ancient Egyptians called it “iron from the sky” as it was almost entirely obtained from meteorites.

Most people are quite familiar with the myth of the Pharaoh’s Curse. Many people over history have claimed that if an individual were to enter an ancient Egyptian tomb, they would meet with sudden death or tragedy. Even though the myth has been debunked over and over again, some have chosen to believe in it.

One example of that is how Tutankhamun curse was said to have caused the break out of WWII. How you may ask? Because of the two trumpets found in his tomb.

On 16 April 1939, an orchestra used the two trumpets to play a live broadcast from Cairo Museum through a BBC live broadcast, and 150 million listeners tuned in to the event. Since several people claimed that the trumpets have the power to summon war, it was suggested that the aforementioned broadcast caused Britain to enter the Second World War.

Tutankhamun came to power at the age of nine and ruled Egypt until his death ten years later. During his reign, Tutankhamun famously reversed some of his father’s decisions. He ended the worship of the god Aten, which his father had followed, and restored the god Amun. Moreover, he moved the capital of Egypt back to the city of Thebes. He also changed his name to Tutankhamun, “Living image of Amun”.

In the foreword to the 1977 edition of Carter’s The Discovery of the Tomb of Tutankhamun, Jon Manchip White writes, “The pharaoh who in life was one of the least esteemed of Egypt’s Pharaohs has become in death the most renowned.”

Where Is He Now?

To get to know more about the renowned Egyptian king, pay a visit to the Pharaonic Village and the Egyptian Museum in Cairo.

The Egyptian Museum of Antiquities, located in the heart of Cairo, contains many important artefacts of ancient Egyptian history. It houses the world’s largest collection of Pharaonic antiquities.

If you are interested in taking a trip to the ancient past, where pharaohs ruled Egypt, then the Egyptian Museum is a must-see. The belongings and treasures of some of the most well-known Egyptian kings and queens can be found at the museum, along with their mummies, well-preserved to this day.

The Egyptian Museum is so large and filled with so many artefacts that it may be hard to take it all in at once, so be sure to plan your day around this particular visit. You don’t want to miss a thing!

The Amazing Giant's Causeway: A Trip to Remember

Plan the Ultimate Vacation: Places to Visit in Egypt (Part 2)