Delving into the Secrets of Khan Al Khalili 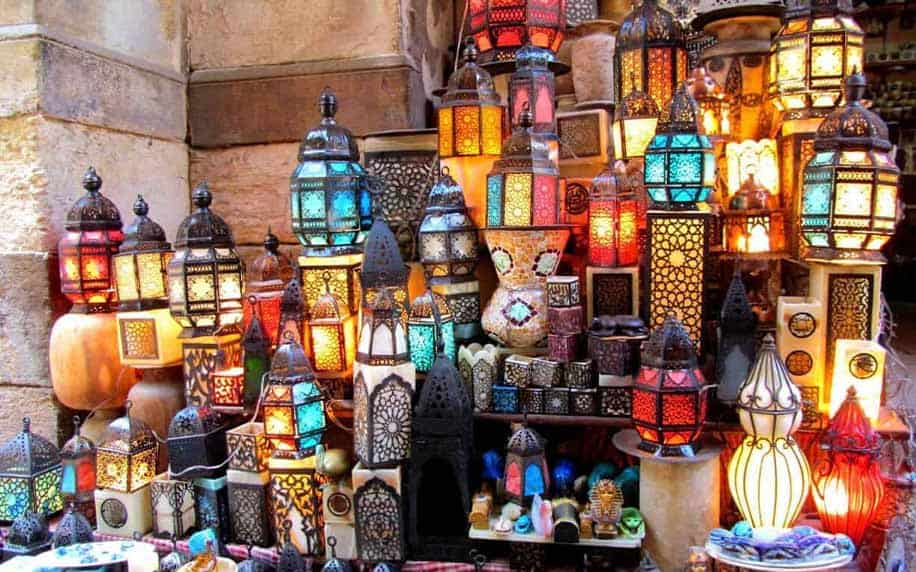 There are different kinds of people in this world. Some of them are quite recognisable. In other words, it is easy to spot a travel bug; those who have itchy feet will always be excited to get to know new places.

If you happen to fall in this category, we advise you to pack up and leave to Cairo. You surely have heard a lot about the treasures that Egypt hold; then again, there are some places that never had the same hypes as others. Khan Al Khalili falls in the same list among a lot of other places.

The name may seem a bit weird, but, regardless, it is a place that you will definitely fall in love with. Keep on reading to learn all you need to know about this significant place.

WHAT IS KHAN AL KHALILI?

Egypt has always been popular for a lot of landmarks, including the Great Pyramids of Giza, the Nile River, the Downtown and Cairo Tower. However, little people do know about the other significant places that its splendid land holds within the borders.

Khan Al Khalili happens to be one of the major local markets that Cairo holds inside one of its oldest and most significant districts; the Islamic District of Cairo.

Khan Al Khalili is mainly a huge bazaar that attracts foreigners and Egyptians alike. It is the place where people can grab some of the best rare antiques, jewellery and souvenirs.

Nowadays, the place is crowded by Egyptians rather than foreign merchants. However, that does not change the fact that it is still one of the most significant tourist attractions.

The place is also an assembly for multiple workshops that operate around the area, making the place one of the most important sites for the locals. Above and beyond, there are more than a few restaurants, coffee shops, and vendors of street food around the area. All of them are quite traditional and small; they offer coffee, Arabic dishes, as well as hookah.

One of the most prominent coffee shops around the place is El Fishawy Café. This humble café shop has been around since 1773. Interestingly, the café’s name belonged to a man, Fishawy, who used to sell coffee around the area after the afternoon prayer.

The demand grew faster than he ever imagined, so he had to open a café where he could serve all of his family, friends, and neighbours. Besides El Fishawy Café, there is an Al Hussien Mosque.

The Islamic District of Cairo

The site is also close to the Citadel of Cairo; one of Egypt’s historical landmarks and tourist attraction. In the late 70’s, the UNESCO has declared this area of Historic Cairo as one of the World Cultural Heritage Sites. The reason behind that is the reason that this area holds a great portion of the city’s oldest Islamic history.

THE HISTORY OF THE PLACE

In the beginning, Khan Al Khalili was not the major market it is today. It may be one of the most significant landmarks in Cairo currently. However, it was not a place that people head to before the Islamic era had its impact on it.

It was originally the site of a known tomb that people referred to as Turbat Al-Zaafraan. This name means Saffron Tomb and it was due to the fact that it has always been the burial site of the Fatimid caliphs. In 970 AD, there was a general, Jawhar Al Siqilli, who seized Egypt during the Fatimid dynasty.

He also founded Cairo in the same year. During that time, the area of Khan Al Khalili was part of the complex of a palace that belonged to the Fatimid rulers, known as the Fatimid Great Eastern Palace.

Jawhar Al Siqilli, the founder of Cairo, was originally a Christian slave. But that was only until Al Moezz came along to free him from the enslavement. Jawhar was also the one who built Al-Azhar Mosque.

The Era of Sultan Barquq

Sultan Barquq was the first Circassian Mamluk Sultan. He was in rule throughout the end period of the 14th century. During his first span of the ruling, Jaharkas al-Khalili, the Master of the Stables, set destruction upon the cemetery of the Fatimid, which is Khan Al Khalili now.

He did so in order to establish a large roadside with a large building where travellers and merchants can rest. Sultan Barquq wanted the site to lie at the heart of Cairo, subsequently; he threw the buried bones of the old Fatimid rulers into the rubbish hills. The building the Sultan built is known as Khan in Arabic.

Despite the ravages of the Black Death, Egypt managed to be the centre of economic activity. At that time, the Khan lied in the middle of the most significant zone in Cairo. It existed where the economic activity was at its finest. This zone existed along an axis called the Qasaba, which is now Al Moezz Street. During the Mamluk period, the Qasaba held more than a few epic religious structures.

The Era of Sultan Al-Ghuri

The last important Mamluk Sultan of Egypt was Sultan Al-Ghuri. He was the one who improved the design of the entire district by altering the outline of the place. Sultan Al-Ghuri did so by starting a major campaign of wiping out and started the construction from scratch.

He built a large Wikala- a synonym for Khan- for himself as well as a religious complex. Al-Ghuri’s plan was to bring down the original Khan building, that a guy named Al-Khalili built it, and rebuild it again. The purpose of its second construction was to transform it into a commercial complex where there are regular streets around which monumental gates lie.

The complex turned into a central bazaar where merchants sold precious goods. The area had gates that the locals used to lock at night for security and protection. Some sources claim that the structure of the commercial complexes pretty much resembled those of the Ottoman cities. They believed so because the duration of all of those constructions, the Ottoman Empire was Egypt’s only rivals.

Al-Ghuri had other constructions within this area, including Wikala Al-Qutn, which means the building of Cotton. Parts of this building are still visible until this very day. Some of the other remaining of the place include Bab Al-Ghuri and Bab Al-Badistan.

The reign of Sultan Al Ghuri was actually the beginning of the establishment of the Turkish community in Cairo. They established themselves in that area, Khan Al Khalili, during the Ottoman period and the district had always been popular with the abundance of the Turkish merchants.

A TOUR AROUND KHAN AL KHALILI

Definitely, the place sounds mesmerising. Even describing it will pique your interest and you will be keen on visiting it the next time you head to Cairo. Besides, a lot of sources have claimed that Khan Al Khalili has been the oldest bazaar that lies in the open air ever since it came into life. To be more precise, it is the oldest one around the whole Middle East and not only Egypt.

Aside from your interest to learn about this fascinating place, there is so much to do there. It may be just a bazaar, but it actually is not a regular one.  Khan Al Khalili is a wide market from which you can buy gifts, including pieces of clothing, jewellery, perfumes, and spices.

Above and beyond, all of the items that the shoppers there offer are of high quality. The evidence is quite obvious because, otherwise, the market would not have survived all of those years. As luck would have it, it has and it still attracts locals and foreigners alike.

A Glimpse at the Egyptian Art

You may grab all the items you like at the magnificent bazaar, Khan Al Khalili. However, what could be of a greater treasure is the fact that you’ll come in contact with the truth of the Egyptian culture.

You will relive the old days of Egypt through the street surrounding Khan Al Khalili as well. Interestingly, you will also learn about the creative side of the Egyptians. The latter is actually because most of the items found at the bazaar are actually the products of local artisans.

A lot of the local artists show their talent and creativity through the making of the little souvenirs. They surely find appreciation in what they produce because their items are usually bought by whoever passes by, be it a foreigner or a local.

Khan Al Khalili actually exists in one of Cairo’s most prominent districts. This fact makes it not the only tourist attraction around the place. In fact, there is also Al Hussien Mosque that lies just a few kilometres away.

It is another cultural landmark in Cairo that you would not want to miss. The mosque exists since 154. The cemetery on which it lies belonged to the Fatimid caliphs. It is one of the holiest sites in Cairo, for it is an Islamic place that contains the oldest manuscript of the Qur’an in the world.

Have you ever visited the Khan Al Khalili? Let us know your experience in the comments below.