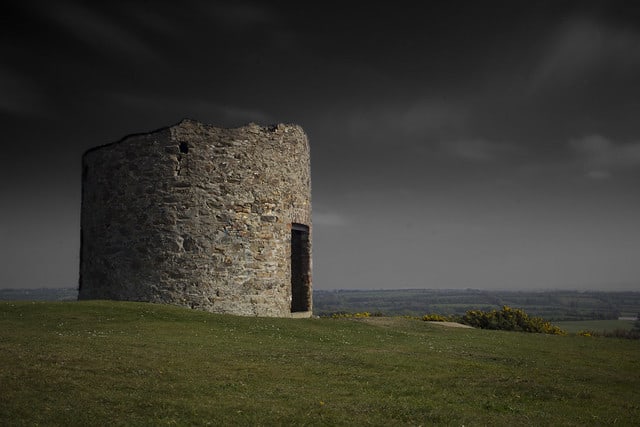 Vinegar Hill is famous for one of the most important battles during the Irish Rebellion of 1798. The battle was one last attempt to defend and hold ground against the British and the leadership of General Lake.

During the battle, the British had the upper hand, using the likes of artillery and muskets against the ill-equipped rebels who were mainly armed with melee weapons.

In the early hours of June 21st, the British military launched the start of their attack on the rebels. They started to bombard the town of Enniscorthy with their artillery eventually bombarding Vinegar Hill. A few hours later, General Lake stopped the artillery and ordered an infantry assault on Vinegar Hill.

The rebels were pushed back into the town, eventually over the Enniscorthy bridge. This led to a stalemate between the two sides, who had suffered a lot of casualties. The rebels eventually retreated.

Re-enactments of the Battle

There have also been children re-enactments of the battle. This is a great way to educate children from the local and surrounding area of Enniscorthy on the battle.

Vinegar Hill is free to visit for anyone. It sits on a hill which anyone can visit any time of the day.

Nearby there is the Enniscorthy Castle which is also worth a visit. This attraction is a museum to the town, history and the surrounding areas. It is a paid attraction.

Have you ever visited Vinegar Hill? Let us know your experience in the comments below.

Seamus Heaney: His Great Life | His Work | His Successes - 8 Facts and More