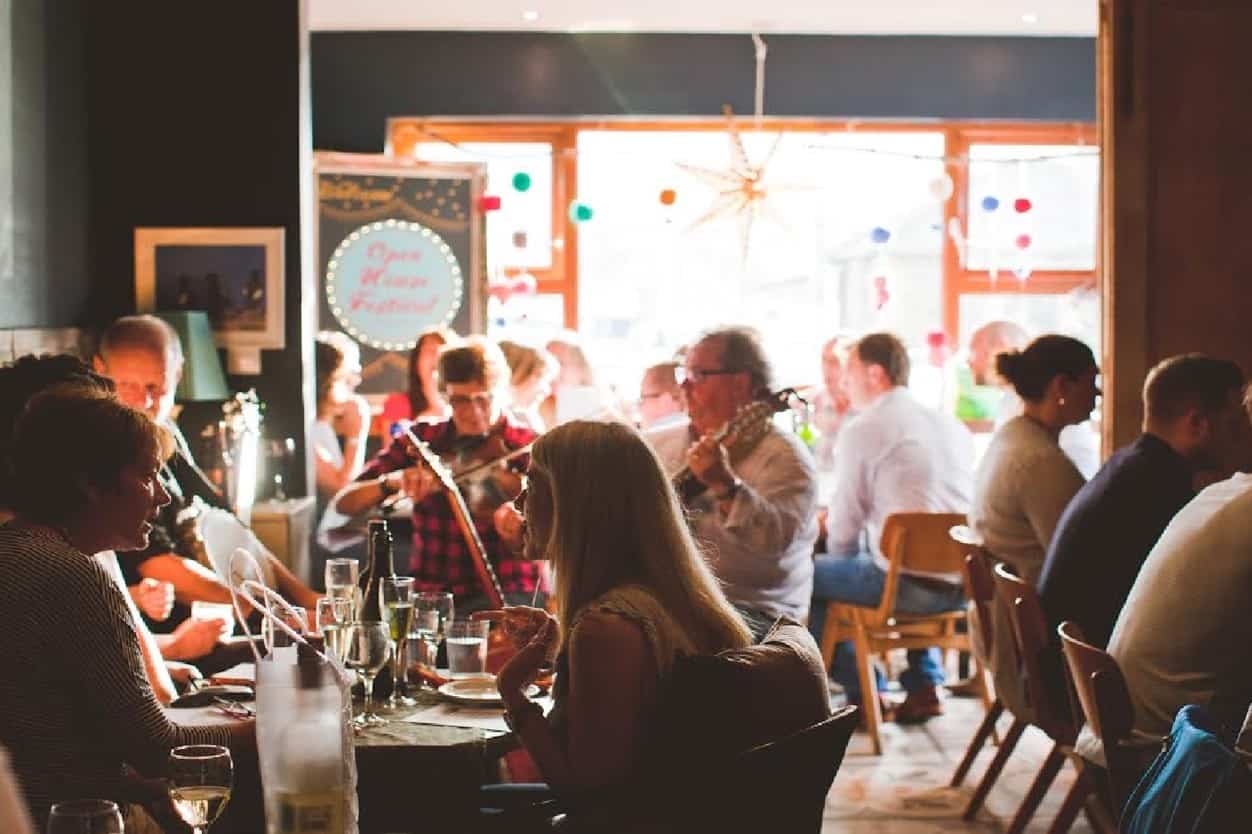 Every August, the sleepy, seaside Bangor Town comes alive with excitement and purpose at the arrival of the Open House Festival.

The Bangor Open House Festival is an array of events including music acts, spoken word events, food and drink, and general culture – it is a month-long celebration of the incredible diversity and creativity that Northern Ireland offers to its inhabitants.

Always Open: What the Festival Is.

Bangor’s Open House Festival had humble beginnings. Originally being operated in Belfast from 1999, the Festival was moved to Bangor in 2013. It has been lovingly cultivated by organisers Kieran Gilmore and Alison Gordon. It stems from the Open House Charity – an independent charity specifically focussing on music and the arts.

As suburban spaces decline in Northern Ireland, due to the incredible development of the city centre of Belfast, Open House specifically focuses on the regeneration of the Bangor seafront, and have already begun developing the old Bangor Court House (with help from the Heritage Lottery Fund) which is set to open in Spring 2021.

Not only is Open House responsible for the development of one festival, but they also operate the Seaside Revival, a vintage festival celebrating Bangor past. They promote events year-round as well, organising performances in Bangor and Belfast. The Festival has boasted an impressive line-up past. Music acts such as Father John Misty, Joan Armatrading, Midlake, Lord Huron, Iron & Wine, The Water Boys, Steve Earle, and Martha Wainwright have all played on the hallowed stage.

Without fail, Open House Festival delivers an impressive selection of global talent to perform on Bangor’s seashore. This year is no different. Here are some of the names you should be checking out on the music stage:

A trio of sisters, The Staves are a folk-rock band with haunting, three-part harmonies. Their music perfectly blends a folk-like sound with Americana They come with a wealth of experience having toured with Bon Iver, The Civil Wars, First Aid Kit, and Ben Howard to name a few. After performing a sold-out gig in 2013 at the Open House, this is one not to miss.

LARKS will be opening for The Staves this summer. LARKS is the brain-child of local artist Fiona O’Kane who uses sensual electronic to accompany her heartfelt lyrics. LARKS latest release is a second collaboration with Arvo Party – a cover of Kate Bush’s Running Up That Hill.

Dubliner Conor O’Brien’s musical project, Villagers have reached much acclaim after winning the Ivor Novella Album Award in 2016 for their album Daring Arithmetic. An Irish indie/folk band, Villagers have toured with heavyweights like Tracey Chapman, Grizzly Bear, and Elbow as well as working with Paul Weller on his most recent album. This Open House we can look forward to the performance of their fourth studio album The Art of Pretending to Swim.

Joining Villagers this year, Portadown’s Conchúr White will be supporting them after the release of his debut single this summer.

Celebrating the 40th anniversary of their debut album, The Specials will be playing on Bangor’s seafront this year. Arguably the defining voice of 70s ska, they will be performing songs from over the years, as well as their UK number one album from 2019, Encore.

Supporting The Specials this year are bands that ska aficionados will be familiar with The Skallions an exciting eight-piece specialising in reggae-ska. They will be playing a 60-minute set of entirely original material. Also, The Vibes, a reggae collective from multiple bands, will be performing a soulful reggae mix with influences from Northern Soul and Motown.

While primarily a music festival, Open House features multiple cultural events to entertain every aspect of the arts. From spoken word to food pop-ups, here are a few stand out events to catch:

Open House welcomes Sir Michael Parkinson who will be in conversation with his son Mike, to celebrate a career that has spanned decades. Having interviewed figures such as Nelson Mandela, Mick Jagger, Madonna, Muhammed Ali, to name a few, ‘Parky’ has been long established as the definitive name when we think of the British talk show host. Having interviewed our very own George Best, Parkinson has recently released a memoir of Best’s life and will be discussing it that evening.

The former Labour cabinet minister isn’t here to talk politics, but music. Johnson’s latest book, In My Life, talks about the soundtrack of his life, exploring his youthful pursuits of being a rockstar, to a postman, and finally his political career. BBC political correspondent Stephen Walker will be conversing with Alan Johnson on his third visit to the festival and taking us through a vivid career.

No cultural festival would be complete without a mention of the theatre, and Open House has an impressive offering. Ruby is a powerful recounting of the life of 50s singer Ruby Murray. In a one-woman show, Libby Smyth stars as the tortured Ruby, bringing nuance and feeling to playwright Michael Cameron’s latest work.

If you’re beginning to feel peckish, fret not. The festival boasts incredible food and drinks pop-ups to delight the senses. A stand out event is ROAM. A pop up by Ryan Jenkins that has been selling out within days of announcing their events on social media. This event is running in conjunction with The Copeland Distillery and Neill Wine, and Ryan will be designing a one-off, five-course meal around seasonal, organic, and local produce. Something for everyone’s taste buds.

With a varied and exciting program, it is unsurprising that the Open House Festival brought £2.1 million into the local economy in August 2018 alone. Though the headline acts come with a price, there are plenty of activities, events, and talks that are free to attend. A great way to provide cultural nourishment in a lazy summer.

We hope you enjoyed our capture of the Bangor Town Open House Festival, another great place that is definitely worth a visit is the Pickie Park, which is a fun open air amusement park in Bangor!