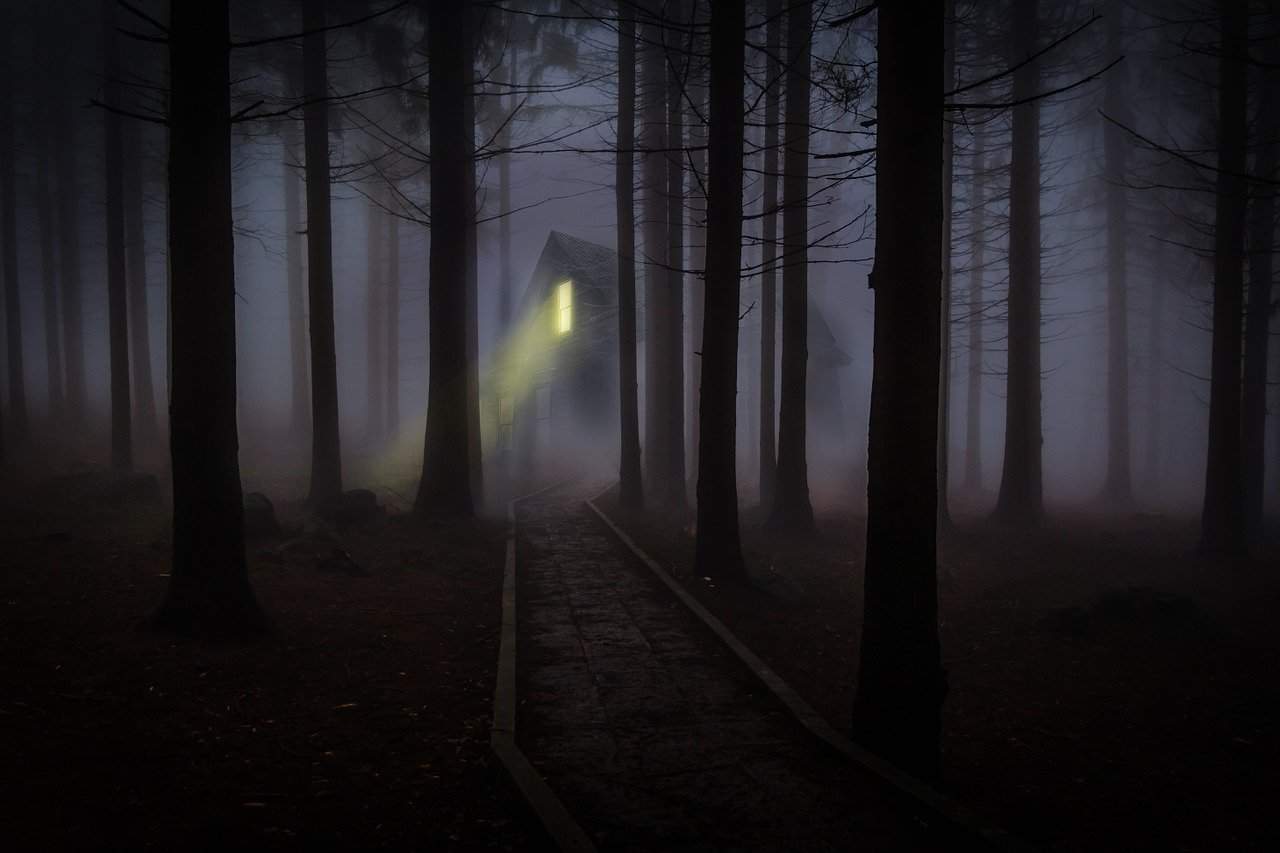 Halloween is almost upon us and its time we explore some of the spooky stories going around the world. We’ve written before about the scariest most haunted houses and castles in Ireland, but halfway across the world, Egypt has some of the most notorious haunted apartments and villas you may ever hear of. Here is just a glimpse into the most famous haunted houses in Egypt that have been known for either possessing paranormal activities or being the location of horrendous crimes that have driven people off the property for years.

The Roushdy Building in Alexandria

One of the famous haunted houses in Egypt is the Roushdy Building. Locked up for over 50 years. The Roushdy apartment building is perhaps one of the most notoriously haunted places in the country. It all started with many rumours surrounding its construction, stating that the blood of a construction worker was mixed with the cement used. Another rumour states that a mosque was demolished to make room for the building. Many people over the years have reported hearing screaming noises. Blood coming out of water faucets, and a family finding their belongings thrown out on the streets overnight.

Several reports from residents of the building also helped spread the rumour that the building is haunted. As some of them woke up to the screams of a resident before they saw him throwing himself from the window of the last floor. A newlywed couple woke up to find the taps leaking blood and their belongings were thrown out in the street, while others heard screams of agony through the night.

A Giza House that Lights Itself on Fire

Another of the most famous stories of haunted houses in the Governorate of Giza seems to light itself on fire every month. A certain room in the house is lit on fire every single month and spreads to other parts of the house. No plausible explanation has been found as of yet and the family that lived there, of course, abandoned the house. What is even spookier is that the family’s young daughter seems to see certain creatures roaming the house and predicts when the fire will take place.

The Valley of the Kings in Luxor

Perhaps not this does not fall in the haunted houses category, but still, the Valley of the Kings, which is known to contain around 63 tombs, is one of the most spooky locations to visit. As it was the burial place of the major royal figures and nobles of the Egyptian New Kingdom in ancient Egypt. As well as a number of privileged nobles. So, it must come as no surprise that the place is surrounded by rumours of haunting and paranormal activity.

As the legend goes, a pharaoh riding a chariot has been seen galloping through the valley. Also many have reported hearing strange noises. Such as footsteps, screams and shuffling without a source. Watchmen believe these are the spirits of the deceased whose tombs have been desecrated and are now looking for their treasures.

The Mummy’s Curse has also exacerbated the situation, since a lot of the archaeologists and workers who have made discoveries over the years have faced grave misfortunes, including death, disease and major accidents.

Howard Carter, the archaeologist who found the site, died due to chemicals used in the chamber after it was discovered. Which helped spread the rumour further.

The Great Pyramids of Giza

Just because it is one of the wonders of the world and is visited by millions of people every year. Does not mean it doesn’t have a few haunting of its own. Several eyewitnesses reportedly recorded a man and his three children, dressed in 1920s garb, roaming around the Great Pyramids as though they were searching for something.

Another legend goes that the ghost of Pharaoh Khufu himself who built the largest of the pyramids can be seen, dressed in traditional ancient Egyptian armour, at midnight and walking the streets, visiting houses and warning their inhabitants to vacate the area. We can’t imagine what people’s reactions to him might have been.

Baron Empain chose Alexander Marcel, a French architect, to build his residence, a Hindu style palace between 1907 and 1910. The Palace has now become a well-known landmark of Heliopolis and is visited by many. The neighbourhood was also home to some of the wealthiest Egyptian residences.

According to the legend, the lady of the house, the Baron’s sister or his wife, has fallen from the palace’s tower. Reports have claimed that fires break out from the building’s windows and then disappear just as they appeared out of nowhere. Angry voices, presumably that of the baron and the lady of the palace arguing and screaming, can also be heard on occasion.

The rumours became so widespread in the 90s, that the palace attracted Satan worshipers, who wanted to practice black magic and blood rituals on site.

This definitely qualifies as one of the haunted houses, even if it is a palace!

Another of the famous haunted houses in Egypt is the Abu Ouf Villa. Ezzat and Maha Abou Ouf are one of Egypt’s most well-known celebrities. They went on TV more than once to tell the stories of their childhood haunted house/villa. Many of Ezzat’s celebrity friends have also experienced the same things he did as they visited his home as well. The previous owner of the house was a famous businessman called Shekoreel, and was murdered in the house by his own driver.

The villa was built around 140 years ago, and considering its disturbing past, it seems very likely that it is haunted. In an interview, Ouf described the ghost of a man wandering through the hallways with an old gas lamp. Contrary to usual ghost sightings, Ouf says that he and his family became quite familiar with the ghost and were completely unfazed by him.

Dashour is known as an Egyptian military base for training young soldiers. Since its establishment, there have been several reports of haunting and ghost apparitions, stating that shouts, screams and gunshots can be heard in the middle of the night when no one is around. A witness also once claimed that they saw a dead army general working out as if he was still undergoing military training.

Zekra, a well-known Tunisian singer who lived in Egypt was notoriously killed by her husband Ayman Elsewedy. In their Zamalek apartment in 2003 before he killed himself and two others. After the heinous crime, it seems natural that no one would want to go to the scene for any reason. However, more than a year after the incident Ayman Elsewedy’s brother reopened the apartment. As he received complaints from the neighbours that they heard arguing and screaming voices coming out of it. Another witness was the security guard who said that the elevator stopped at 5 AM every day, which is the exact time that the accident took place, and he heard shouting and arguing voices as well. This is definitely one of the scariest and most famous haunted houses in Egypt.

The location of two deadly WWII battles, Al Alamein seems quite likely to be haunted by the ghosts of the soldiers. Who’ve tragically lost their lives during the war. The dark stretch of highway that leads you from Alexandria to the North Coast has had its fair share of deadly accidents. Usually attributed to reckless drivers and poor street lighting. However, other stories circulated where eyewitnesses saw the ghosts of fallen soldiers roaming the streets at night. Some drivers have even believed that they had hit someone on the street. Only to discover that they have disappeared or that the car has passed right through them!

Another chilling rumour says that a figure can sometimes be seen running next to the cars with blood flowing from them.

The ghost of Akhenaten, an ancient Egyptian pharaoh descendant from the 18th Royal Dynasty who ruled for 17 years. Is said to wander the Farafra Desert (aka the White Desert) of Egypt. According to a number of tourists and nomads who inhabit the area. According to the Legend, since Akhenaten abolished the Egyptian gods when he ascended to the Egyptian throne. He angered the religious followers and priests of said gods, so upon his death, they cursed him to wander the deserts forever as punishment.

Don’t forget to check out our other blogs about places and attractions in Eygpt: The Pharaonic Village in Giza| Egypt’s Hidden Gems| Places to Visit in Cairo| The Pyramids of Giza| North Coast Egypt| Egyptian Food: Several Cultures Blended into One| Ultimate Egyptian Vacation Part 2|

21 of the Most Famous Irish Proverbs or Seanfhocail