Seamus Heaney: His Great Life | His Work | His Successes – 8 Facts and More 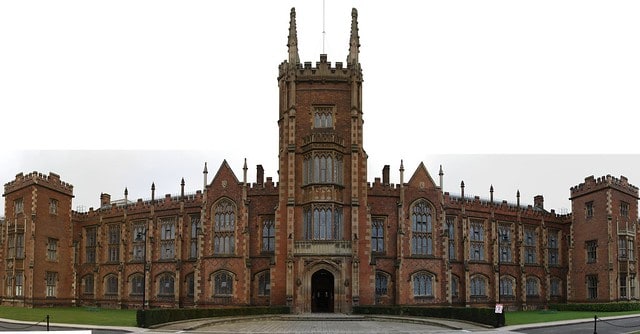 Farming background, country at war, teacher, writer, Nobel Prize winner… continue reading to learn about how Seamus Heaney’s life experiences shaped his writing, and how he became a famous author going onto win the Nobel Prize for Literature.

Seamus Heaney and his Journey to Authorship

Born in 1939, homeplace County Derry. A simple childhood and upbringing which would later shape his writing. He experienced much of ‘The Troubles’ in Ireland, shaping his writing further. Well educated, studying first at St. Columb’s College Derry, he proceeded to study English at Queen’s University Belfast. Beginning his journey as a writer.

However, he took a detour from his creative path when he started a career in teaching. Attending St. Joseph’s Teacher Training College (now merged with St. Mary’s, University College). When on placement at St. Thomas’ secondary Intermediate School, Heaney met Michael McLaverty. This somewhat diversion from writing, turned out to be critical in his journey in becoming a Nobel Laureate. McLaverty became Seamus Heaney’s mentor, introducing him to the works of another brilliant Irish writer, Patrick Kavanagh. With this mentor, Heaney began to publish in journals and newspapers in 1962.

Heaney’s first collection of published poems was “Death of a Naturalist” in 1966. In the same year Heaney left his teaching job in St. Joseph’s and became an English lecturer at Queen’s University Belfast.

Journey to a Nobel Prize

Seamus Heaney’s first collection, “Death of a Naturalist”, was crucial to his Poet status. This put his name on the map, so to say, it was the first time he became known to the public as an author. Beginning his journey to becoming a Nobel Prize winner. This collection won several awards, the Gregory Award for Young Writers and the Geoffrey Faber Prize.

Seamus Heaney’s “Death of a Naturalist” begins with one of Heaney’s best-known poems “Digging”. In his poem “Digging”, Seamus Heaney recollects memories of his childhood and memories of his father. He draws upon his family heritage and farming background which he did not continue. He chose his own life plan. The poem comes full circle as Heaney describes that he has followed their path, he digs with his “squat pen”, he digs out his emotions, his secrets, his memories, and his country. He sows them onto paper.

As an English lecturer in Queen’s University Belfast, Heaney continues to focus on his poetry and, in 1969, published his second major collection of poems, “Door into the Dark”. His status continually growing, he becomes well known and is invited as a guest lecturer to the University of California in Berkeley for a year in 1970 and then returns to Queen’s University Belfast in 1972 before moving to Wicklow in 1972 to escape the violence.

He does not return to a teaching position at this time and writes full-time. From Heaney’s life experiences throughout these years, it shapes his poetry further, he publishes “Wintering Out” in 1972. Within this collection he draws upon his experience of violence, California and recollections of his home as a child.

Before returning to his teaching career in Carysfort College in 1876, Heaney published “North” in 1975. Within this collection Heaney focuses on the history and violence within Northern Ireland, it is his first collection which directly deals with ‘The Troubles’ in Northern Ireland. This collection can be split into two parts: the first half focuses on mythical tales looking into Greek myths and Vikings, and many others. The second, shorter part contains Heaney’s poems which take influence from ‘The Troubles’. North is arguably Heaney’s most celebrated collection of poetry.

Seamus Heaney’s next published works are “Field Work” (1979) and “Preoccupations: Selected Prose (1968-1978). Following these, his status flourishes. He is invited to Harvard as a guest professor in 1981 and then in 1985 was employed as the Boylston Professor of Rhetoric and Oratory. Following this success, he is appointed Professor of Poetry at Oxford University in 1989. Heaney’s next work is his play “The Cure at Troy”, first performed in 1990 by the Field Day Theatre. This is an adaption of “Philoctetes” by Sophocles. Heaney saw parallels within “Philoctetes” and the political situation in South Africa at that time (apartheid regime fell and Nelson Mandela was released from Prison).

Heaney’s final publication before winning his Nobel Prize is his collection “Seeing Things” (1991). Heaney wrote this collection after the death of his father drawing inspiration from his feelings and memories.

In 1995, Seamus Heaney was awarded the Nobel Prize for Literature. He won this “for works of lyrical beauty and ethical depth, which exalt everyday miracles and the living past” (Swedish Academy). Many pieces of his published works were credited for this award.

After the success of being a Nobel Laureate, Seamus Heaney continued to write and received more awards. In 1996, he was made a Commandeur de L’Ordre des Arts et Lettres (Commander of the Order of Arts and Letters). In 1999, he published his most famous translation “Beowulf”. He continued to win many awards until his death in 2013: Golden Wreath of Poetry in 2001; the Irish PEN Award in 2005; The T.S. Eliot Prize in 2006 for his work “District and Circle” (2006); Forward Poetry Prize for Best Collection in 2010 for “Human Chain”; and in 2012 the Griffin Poetry Prize. After his death, in 2015 his poem “Clearances iii” was voted Ireland’s favourite poem of the past 100 years.

Today, Seamus Heaney’s legacy lives on mainly in classrooms around the world. In 2004, the Seamus Heaney Centre was opened in Queen’s University Belfast. In 2016, The Seamus Heaney HomePlace opened in Bellaghy, which contains an exhibit celebrating Heaney’s life and work. In 2018, the Listen Now Again exhibition opened in the Bank of Ireland Culture and Heritage Centre in Dublin. It contains all of Heaney’s donated literary papers and notebooks.

If you liked this account of Seamus Heaney’s life, work and successes check out some of our other posts about Famous people in Ireland.

The Town of Killybegs: The Amazing Gem of Donegal