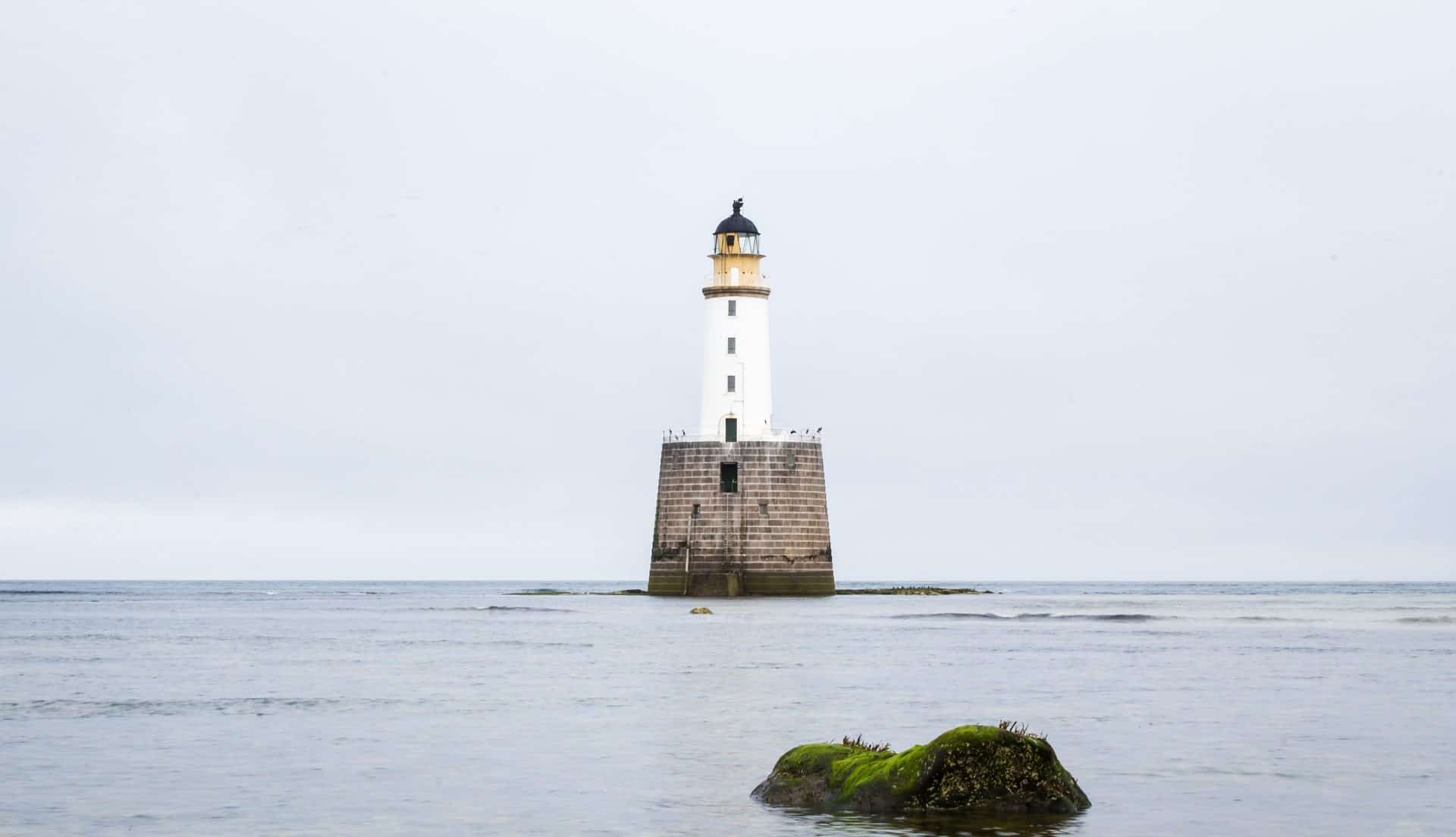 At ConnollyCove we are big fans of Lighthouse, there is something alluring and magical about them, we have already covered some stunning lighthouses in Ireland, but we want to explore now the spectacular lighthouses in Scotland.

Scotland is a place celebrated for its enchanting landscape that catches your eyes and its many lighthouses add to the dynamic and appealing environment on offer.

Lighthouses in Scotland are more than just a beacon for light, some are museums, bird observations and some Scottish lighthouses might even provide you with a glimpse of the amazing Northern Lights.

Lighthouses to Visit in Scotland

Standing tall against the Scottish landscape is the captivating Barn Ness Lighthouse, a surviving structure that was gunned during World War two, however, it managed to escape without any damage due to its very tough stonework. This Scottish lighthouse was first built in 1901 and since then it has been attracting a variety of visitors.

It has also been claimed that on a good clear day in Scotland, you can see the Northern Lights from here. It’s also worthwhile to visit East Lothian shore to see the beauty of the lighthouse and views on display from afar. Great photo opportunities for people

Now, this is a lighthouse with a difference, famous for being Scotland’s first ever lighthouse that has now been converted into a brilliant museum, focusing on the maritime history of the area. Kinnaird Head is one of the most special lighthouses in Scotland with an even better story.

Firstly it was a castle before a lighthouse feature was added to its structure, without anything changing. Starting its life off as a giant lamp positioned in the roof of the castle.

However, due to structure issues, engineer, Robert Stevenson made changes to the castle foundations, adding a quirky spiral staircase feature that went through the heart of the castle as well as new walls which were completed in 1824. Remarkably, Stevenson managed to uphold the original structure; something you need to see in person to actually believe.

Kinnaird Head Lighthouse provided men out at sea with a powerful white light which would flash every 15 seconds, helping to keep people safe. To this very day, the Lighthouse is still working perfectly, often lighting up the coast of Scotland during special events. It is also the home of the Museums of Scottish lighthouse.

The museum provides visitors with a place to come and learn something new about the many Scottish lighthouses. Here you’ll find out all the best stories about the lighthouses in Scotland, from what life was like for the lighthouse keepers and how they lived through a stunning preserved keeper’s quarter hidden away in Kinnaird Head Lighthouse

The saying ‘all the best things come in small packages’ rings true for this next Scottish lighthouse, it is the smallest working light tower in the world,  built by the renowned engineer Robert Stevenson in 1817, overlooking the North Queensferry pier. It was at the time it was a key part of Queensferry Passage across to forth.

In 2010, it was restored to bring it back to full working order and to keep its tiny part of the Scottish maritime history alive.

In the summer months, the lighthouse is open for visitors; a chance to learn more about the history such as how light keepers managed to keep the lamp burning for so long and its unique signalling system. This is one lighthouse you might easily think of passing by, but we promise you its worth a visit especially for the great views of one of Scotland’s most famous bridges.

This next lighthouse in Scotland, the famous Butt of Lewis Lighthouse must be added to your list of places to visit in Scotland.. Once mentioned in the Guinness book of records for being the windiest place in the UK. The Scottish lighthouse will totally catch your attention as it stands an incredible 121 feet high with its unique red bricks, surrounded by rock and cliff tops

This lighthouse was built somewhere between 1859 and 1862 by David and Thomas Stevenson. As you can most likely tell from this guide ‘The Stevenson family’ have created some of Scotland’s most iconic lighthouses.

The Butt of Lewis Lighthouse is also most notable for its spectacular environment that welcomes many seabirds to the area. Anyone whos a  keen bird watcher will enjoy this spot

Now we have reached the end of our guide to some of the best lighthouse in Scotland, but the Isle of May Lighthouse is perfect to finish on. The lighthouse has been listed as a building of architectural and historic interest, offering an impressive backdrop of the Scottish coastline.

It acted as a lighthouse for only 40 years but now it’s most famous for its living quarters used by the island’s bird observatory, the oldest in Scotland. It is popular for its breeding of seabird, especially Puffins.

The lovely island where the lighthouse is located is worth visiting, hopefully, you’ll get a glimpse of the unique bird species and the natural nature reserve found here.

Will you be planning a trip to visit the Lighthouses in Scotland? What lighthouse on our list most interests you? Let us know in the comments below.

Scotland is home to many remarkable lighthouses, all offering a unique perspective on the unforgettable Scottish landscape. Along with the compelling history and stories for one to discover, visiting Scotland just to see its lighthouse with surely not disappoint you!

Which to Visit in Ireland: Dublin or Belfast?