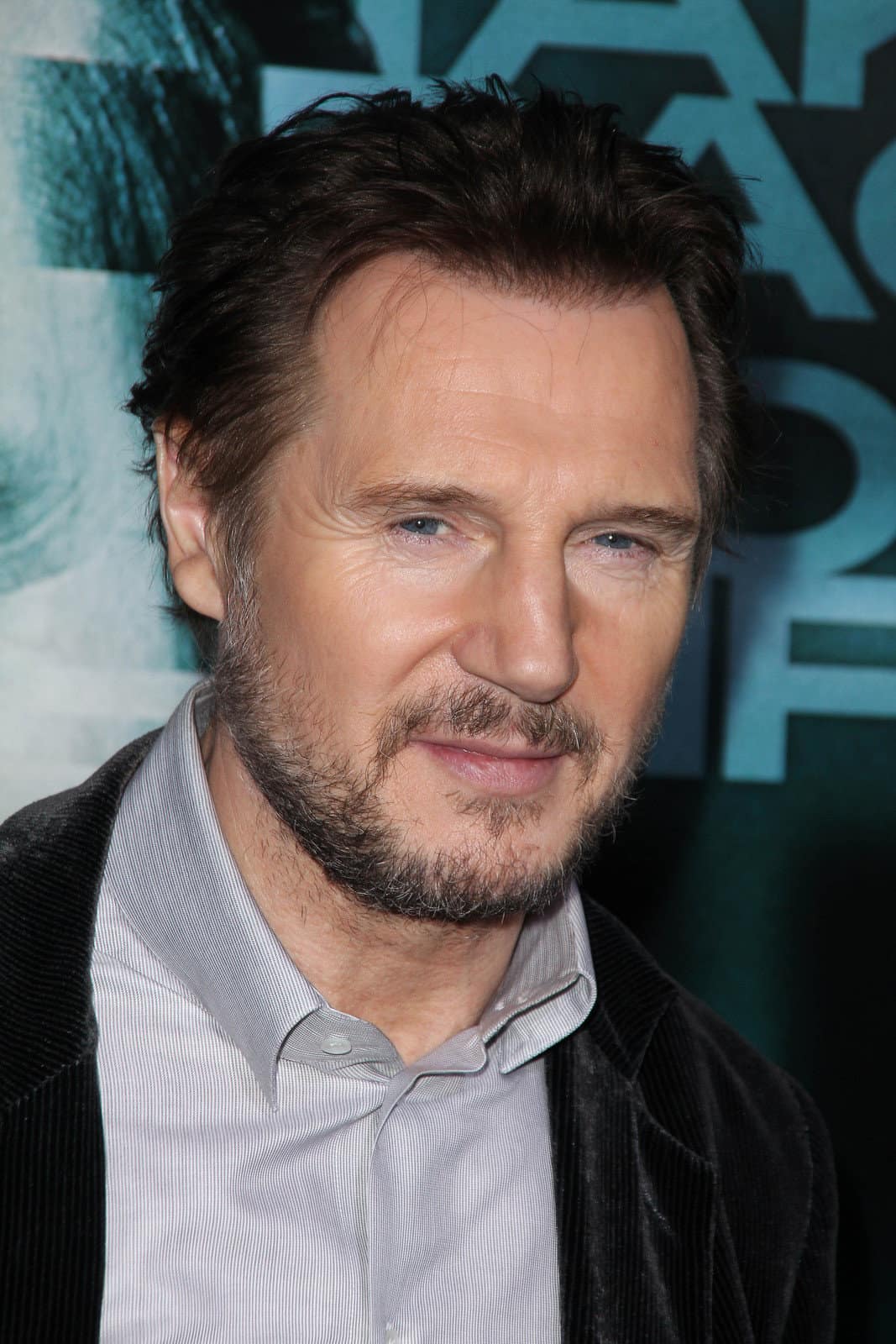 Liam John Neeson is the full name of the Irish actor who was born on June 7, 1953, in Ballymena, Northern Ireland. He was raised in a Catholic household. Through his early years, he worked as a forklift operator for Guinness, a truck driver, an assistant architect, and an amateur boxer.

In 1976, Liam Neeson joined the Belfast lyrics players’ theatre and appeared for the first time to display his professional acting in the play The Rison People. Two years later, he moved to Dublin’s Abbey Theatre and was spotted by director John Boorman and was cast in the movie Excalibur in 1981 as Sir Gawain. It was his first film role ever.

In the 80s and 90s, Liam Neeson made great movies in his career, like The Bounty in 1984, The Misson in 1986, Duet for One in 1986 and much more. He was also nominated for many awards for his important roles in these movies. Let’s now take a look at more about Liam Neeson’s life, movies, and awards.

After the success of several of his movies, such as Love Actually and Taken, his net worth is now around 85 million dollars.

He was married to the beautiful actress Natasha Richardson. They were married on the 3rd of July 1994 and had two sons together. Sadly, she passed away in a skiing accident in 2009. She was having a private lesson while not wearing her helmet and she fell and tore a blood vessel in her brain.

Neeson suffered after losing his wife of 15 years, but after her death, he donated her organs. Years after his wife’s death, it was reported that he moved on with a relationship with PR executive Freya St Johnston.

Liam has three different nationalities, English, Irish and American. He became an American citizen in 2009. He became a Goodwill Ambassador for UNICEF. He is also a patron of a Belfast-based charity and film festival that helps young people get involved in the movie industry.

In 2009, four decades after he was an undergraduate in physics and computer science at Queen’s University, Belfast, Neeson was awarded an honorary doctorate.

He was known to be a heavy smoker, but he quit smoking while shooting the movie Love Actually. In 2010, when he started acting in the film The A-Team, Liam had reservations about smoking a cigar in the film because he was an ex-smoker but after that, he agreed to smoke so they can shoot the film.

According to Empire magazine, he was ranked among the 100 sexiest stars in movie history and the top 100 movie stars of all time.

Neeson acted in many important movies since he started his film career in 1981. Here are some of his greatest films.

The film is named after the legendary sword of King Arthur. Liam Neeson’s role in this movie was Gawain, King’s Arthur nephew and a knight of the round table. He was one of the greatest knights and the closest to King Arthur.

It was a great start for Liam Neeson when the movie opened at number one in the United States grossing over 34 million dollars at that time, although its budget was only 11 million dollars and it was ranked the 18th that year. The film was nominated for Best Cinematography in the Academy Awards and won the Academy of Science Fiction, Fantasy and Horror Films award for Best Costumes.

A film by Steven Spielberg where Liam played Schindler. It took place in Krakow, Poland. The movie was shot in black and white to make the film more like a documentary. The plot of the movie is based on the novel Schindler’s Ark. It talks about a German businessman who saved more than a thousand Polish-Jewish refugees from the holocaust and let them work in his factories during World War ll.

The film was released in 1993 and it was listed as the greatest movie ever made. The movie earned more than 300 million dollars worldwide and was nominated for many awards, including twelve Academy Awards and won seven of them including Best Picture, Best Director, Best Adapted Screenplay and Best Original Score. It also won three Golden Globes and many more awards.

A historic film starring Liam Neeson as Michael Collins. He played an Irish patriot and revolutionary who led the civil war against the United Kingdom. He helped negotiate the creation of the Irish Free State and led the National Army during the Irish Civil War. The film won many awards including Best Cinematography at Los Angeles Film Critics Association and was nominated for Best Cinematography at the Academy Awards.

It’s a historical submarine film which takes place in 1961 and the stars are Harrison Ford and Liam Neeson. The film was released in July 2002 and critics praised the performance and the dramatic atmosphere but the screenwriting wasn’t as well-received. The film didn’t achieve great success with only 65 million dollars, while its budget was 90 million dollars.

A British romantic comedy which was filmed in London, with most of the actors in the film being British. The story talks about different aspects of love as shown through ten separate stories, which began five weeks before Christmas and throughout one month later.

The film was released in November 2003, and it was a great success among the audience more than the critics, achieving 248 million dollars worldwide with a budget of 45 million dollars. The film was nominated for the Golden Globe Awards for Best Motion Picture Musical or Comedy and Best Screenplay.

It’s a drama movie that talks about the life of Alfred Charles Kinsey, played by Liam Neeson. Kinsey was the pioneer in the area of sexology. His 1948 publication, Sexual Behavior in the Human Male was one of the first recorded works that tried to scientifically address and investigate sexual behaviour in humans. The movie won 11 awards and was nominated for 27 others.

Batman Begins is a superhero film starring Christian Bale, Michael Caine, and Liam Neeson. The film reboots the Batman film series, telling the origin story of Bruce Wayne from the death of his parents to his journey to becoming Batman and his fight to stop the Joker from plunging Gotham City into chaos. The film was released in June 2005 and achieved 48 million dollars in the first weekend and 375 million dollars worldwide after that. The film was nominated for the Academy Award for Best Cinematography and three BAFTA awards.

Liam Neeson played a great role in the movie as Bryan Mills; a former CIA agent who followed his daughter and her friend to France during their vacation after they were kidnapped by an Albanian gang. This film transformed Neeson into an action film star. It was a turning point in Neeson’s career. The film gained more than 226 million dollars worldwide, and it was followed by two sequels in 2012 and 2014. The film won the BMI film music awards in 2009, 2013 and 2015.

It’s a film based on a TV series of the same name. The film stars are Liam Neeson, Bradley Cooper, Jessica Biel, and Patrick Wilson. The film talks about a special force that was imprisoned for a crime they didn’t commit, and they escaped and set out to clear their names. Before its release, the film went through many writers and ideas so it was put on hold many times. The film was finally released in June 2010 and achieved 177 million dollars with a budget of 110 million dollars.

The film was based on a short story called Ghost Walker. The story talks about a number of oil men who find themselves alone and lost after a plane crash in Alaska and they find themselves battling for their lives against wolf attacks in very cold weather. The film was released in January 2012 and achieved 77 million dollars worldwide. Liam won Best Actor in Fangoria Chainsaw Awards for this movie, and the movie won the Golden Trailer Award for Best Thriller in 2012.

Starring Liam Neeson and Julianne Moore, the film revolves around a federal Air Marshal who must find a killer on a flight and he receives a message saying that every 20 minutes a passenger will be executed unless the killer is paid. The movie was released in the United States in 2014 and it was a successful movie, gaining 222 million dollars with a budget of 50 million only. The film was nominated for the Best Trailer in the Golden Trailer Awards in 2014.

A Monster Calls is a dark fantasy film based on a novel by the same name. The film stars Sigourney Weaver, Felicity Jones, Toby Kebbell, Lewis MacDougall, and Liam Neeson, and tells the story of Conor (MacDougall), a child whose mother (Jones) is terminally ill one night, and he is visited by a monster in the form of a giant anthropomorphic yew tree (Neeson), who states that he will come back and tell Conor three stories. The film was released on 23 December 2016 and it received positive reviews but underperformed at the box office, grossing 47 million dollars worldwide on a budget of 43 million dollars. The film was nominated and awarded in many festivals.

The film is based on the 1966 novel of the same name. While the events in the film take place in Nagasaki, Japan, the film was shot in Taiwan. The film takes place in the 17th century while two Jesuit priests travel from Portugal to Japan to look for their missing mentor and spread Catholic Christianity.

It’s one of Liam Neeson’s best roles, by playing the Jesuit Priest Cristóvão Ferreira who renounces his faith after being tortured. The film was released on 23 December 2016 in the United States. Although the film didn’t achieve the expected success, it was chosen by the American Film Institute as one of the top ten movies of this year.

The film was nominated for Best Cinematography at the Academy Awards. It is the third by Martin Scorsese about religious figures struggling with challenges of faith, after The Last Temptation of Christ (1988) and Kundun (1997).

An action-thriller movie released on January 8, 2018, the film talks about a man who got involved in murder after meeting a mysterious woman on his daily train commute and offers him a sum of money in exchange for some detective work. The film gained 119 million dollars worldwide. Neeson has received reviews from critics stating that it’s similar to his previous film Non-Stop but they were thrilled with his performance in the movie.

Throughout his career, Liam Neeson has amassed numerous nominations and awards. Let’s take a look at his awards and nominations.

Liam Neeson is living proof that actors do not need to peek at a young age. Although he’s been a professional actor for quite a long time, he became a superstar almost overnight following the massive success of his action thriller film Taken.

He continues to work on films that captivate audiences worldwide and he has become an action icon whose legacy will live on for many years to come!

Neeson’s hometown of Ballymena is one of the beautiful towns of County Antrim, one of Northern Ireland’s must-visit counties!