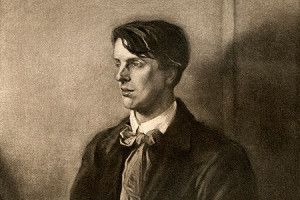 W.B. Yeats is one of the greatest Irish and 20th-century poets. His works echoed his Irish roots and became a fundamental entry to modern Irish literature. This article is going to explore the life, works, and legacy of W.B. Yeats.

William Butler Yeats is considered one of the most renowned poets of the 20th century. He was much more than just a poet. He was a dramatist and a prose writer as well. He was born in 1865 in Dublin, Ireland, and belonged to the Protestant, Anglo-Irish minority. He is the son of the acclaimed portrait painter John Butler Yeats. Although he left Dublin from a very young age, he had not forgotten his Irish roots. This is seen in many of his plays and poetry.

Yeats would go back to Ireland during his school holidays and spend his time in Sligo in his grandparents’ country house. The Irish scenery and folklore would later influence his famous work. His family later settled back in Dublin where he attended high school. In 1883, he attended the Metropolitan School of Art in Dublin, and that period was vital in shaping Yeats’ early works.

At the beginning of Yeats’ life, he drew his themes for his poetry from the physical world, love, and Irish myths. After some time, his poetry evolved to include themes of mysticism and occultism. Later, he became concerned with linking his poetry to politics and many of his famous poems revolve around Irish nationalism.

The year 1885 was such an important year in Yeats’ early adulthood. He published his poetry for the first time in the Dublin University Review. In 1887, the family moved back to London and Yeats pursued the life of being a professional writer. In 1889, Yeats published The Wanderings of Oisin and Other Poems. This publication immediately earned him a reputation as a significant writer. At that time, Yeats’ interest in occultism and mysticism began. However, in 1890, Yeats turned from this spiritualism and joined the Golden Dawn society: a secret society that practiced ritual magic. He became so infatuated with dark magic that he remained an active member of the Golden Dawn for 32 years. This is shown in his 1899 publication of The Wind Among the Reeds where he employed mystic symbolism.

In 1889, Yeats met Maud Gonne. She became an important figure in both Yeats’ life and his writing. In 1891, Yeats proposed to her. However, she declined. Later, he proposed three more times and was rejected each time. This led Yeats’ poetry to become more cynical. They continued their acquaintance, however, and Gonne even played the title role of Yeats’ Cathleen ni Houlihan when it was first performed in Dublin in 1902.

In 1897, Yeats was becoming more and more interested in theatre. At that time, Yeats met Lady Gregory, who was introduced by his friend Edward Martyn. Yeats shared Lady Gregory’s sentiment of wanting to revive the Irish drama and making a national theatre for Ireland. In 1899, they founded the Irish Literary Theatre. Later, it became known as the Irish National Theatre Society, with which the leading figures of the Irish Literary Renaissance movement were associated. In 1904, it became known as the Abbey Theatre.

After many failed attempts of trying to marry Gonne, Yeats finally met the young George Hyde-Lees in 1917, who would later become his wife. Their marriage was happy and successful, and they had two children: Michael and Anne Yeats.

In 1922, Yeats was appointed to the Irish Senate and continued to promote arts and Irish nationalism. A year later, he became the first Irish person to be awarded the Nobel Prize in literature.

“The Nobel Prize in Literature 1923 was awarded to William Butler Yeats for his always inspired poetry, which in a highly artistic form gives expression to the spirit of a whole nation.”

Yeats died in Menton, France, on 28th January 1939 at the age of 73. Yeats was buried at Roquebrune, France. He was later moved to St Columba’s Church in Sligo in September 1948 as he had once wished.

Throughout his literary career, Yeats used evocative and allusive imagery and symbolism. His main themes were drawn from Irish mythology, nationalism, and mysticism.

Yeats’ first significant publication was The Island of Statues which was serialized in the Dublin University Press in 1885. It was a two-act fantasy play that was never republished as a complete work until 2014. After this, his first official solo publication was Mosada: A Dramatic Poem which was released in 1886. This was followed by the publication of one of his best collections of poems The Wanderings of Oisin and Other Poems in 1889.

Yeats was an Irish nationalistic writer, and he declared that many times. He showed his nationalism in his play The Countess Kathleen in 1892 and his poem Easter 1916 which was originally published in 1921. Yeats wrote Easter 1916 as a reaction to the Easter Rising that was happening in Ireland against British rule.

Reminiscing his country, Yeats wrote the Lake Isle of Innisfree while in London in 1888. This poem is Yeats’ most famous one and it was first published in 1890. It depicts his love for the countryside where he spent his childhood, and his infatuation with spirituality was heavily shown in the verses.

There is a statue of Yeats in Sligo town commemorating the famous writer, on the corner of Stephen Street and Markievicz Road. The Yeats Building can also be found in Sligo on Hyde Bridge. It is an exhibit on Yeats’ life.

Yeats’ literary works are still studied today in schools and universities across the world.

If you enjoyed learning about the life of William Butler Yeats, please enjoy more articles about famous Irish writers: