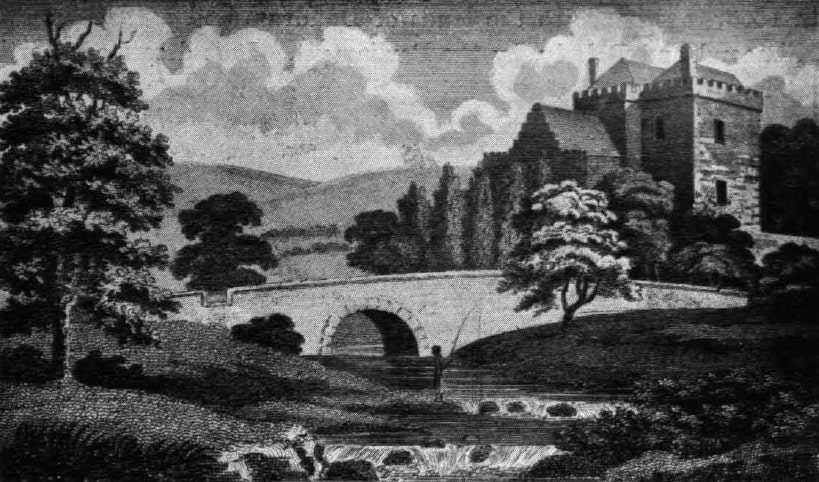 Dundrum Castle is a Norman Castle in the town of Dundrum outside Newcastle on the Belfast road. The castle has seen plenty of action in its years. There had been a known failed siege and has had improvements and extensions through its different owners times. It’s a stop off on some Game of Thrones tours now and is an excellent place to spend half a day and have a picnic.

Castle Woods has been an important feature in the landscape above the village of Dundrum for hundreds of years. The woods, surrounding Dundrum Castle, are approximately 7.5 acres in size and were planted between 1820 and 1825 by the Marquis of Downshire, who followed the fashion of the early 19th-century demesne planting with its emphasis on mixing native, naturalised and exotic trees.

Considered to be one of Ulster‘s most evocative medieval ruins, Dundrum Castle was founded by the legendary Norman adventurer John de Courcy, following his invasion of Ulster in 1177. On the summit of a rocky hill, it provided a good vantage point for controlling commercial and military traffic along the east coast.

De Courcy’s intention for the original castle had many aspirations in terms of military defence. True! He may have had defences of both the surrounding terrain and timber, but it is probable that the stone curtain wall of the upper ward was built as early as the 1180s. As with other early enceinte (enclosure) walls, there were no towers. However, the defence was evidently aided by covered walks with machicolations along the outside wall-head. An early timber hall may have been sited north of the castle’s right side.

Dundrum Castle was captured by King John in 1210 and remained Crown property until de Lacy was allowed to return to his Earldom in 1226. It was probably during de Lacy’s second tenure as Earl of Ulster that the twin-towered gatehouse, similar to the one at Pembroke Castle, was inserted into the curtain wall. It has a lopsided design with only one projecting tower to protect the approach along a narrow ramp from the southwest.

The stone curtain wall of the outer bailey is likely to have been built by the Maginnis family, who seized Dundrum in the late fourteenth century and held it intermittently until finally expelled by Lord Mountjoy in 1601. It was made over to the infamous Lord Cromwell in 1605 and sold to Sir Francis Blundell in 1636.

The Maginnis family retrieved Dundrum in 1642 but later lost it to the Parliamentarians who dismantled the castle in 1652 after they withdrew their garrison. After 1660, the Blundells returned and built a gabled L-shaped mansion in the southwest corner of the outer bailey. This dwelling was ruined by the time the property passed to the second Marquess of Downshire in the early nineteenth century, though the trees on the hill were probably planted at this time. The castle and grounds were placed in State Care by the seventh Marquess in 1954.

Nowadays, under the management of the National Trust, the public has enjoyed accessing the woods for recreation, with steps, stiles, paths and signage to enhance the visitor experience. The trail links into existing Down District Council Footpaths around Dundrum.

The grounds open daily all year. The castle is open from March to October from 10 am to 4 pm, and from noon to 4 pm from October to March. Admission is free.

How to Make a Whiskey Snapper Cocktail