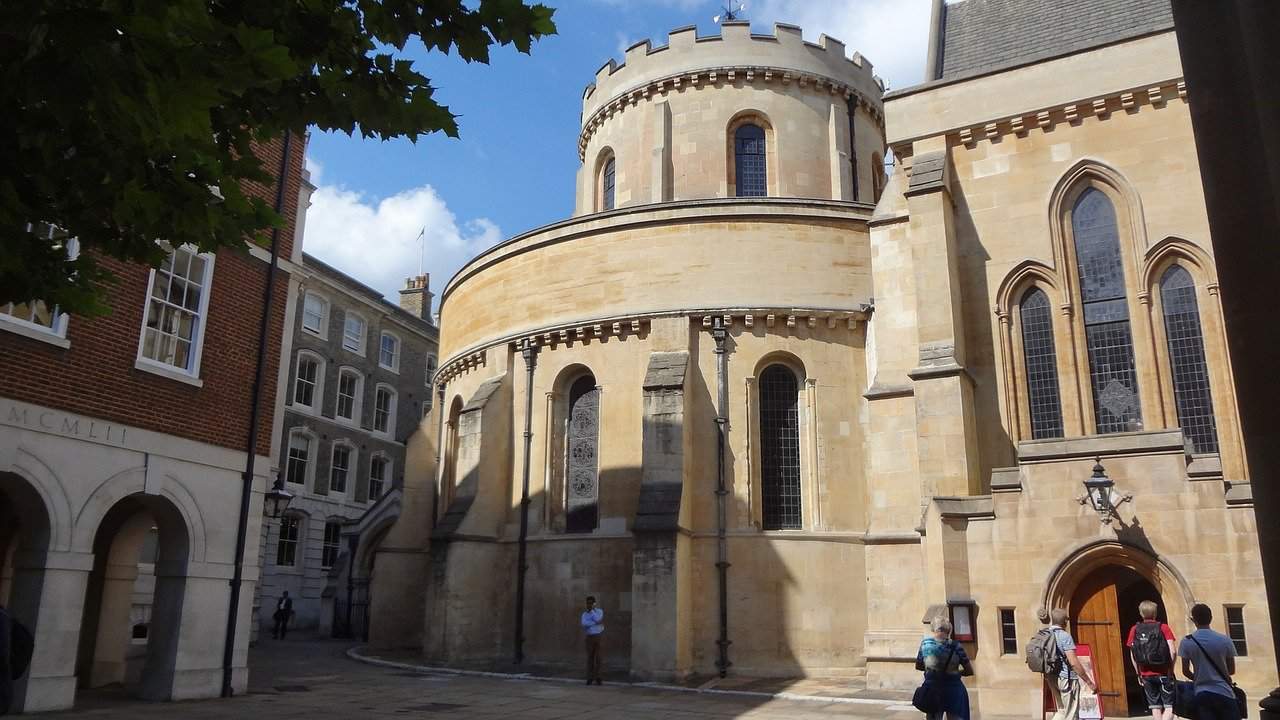 Some of the churches in London city attract tourists and visitors to them for the history they carry and for the stories they might be able to tell. Temple Church in London is one of these old churches in town which attracts lots of visitors.

The Temple Church is one of the most historic and beautiful churches in London. There are eight hundred years of history: from the Crusaders in the 12th century, through the turmoil of the Reformation and the founding father of Anglican theology, to some of the most famous church music in London; music that invites you to come and hear when you are next within striking distance of the Temple.

The Temple Church in London dates back to the late 12th century and is located between Fleet Street and River Thames. The church is owned by the Inner Temple and the Middle Temple Inns of Court. The Temple Church might be famous for its history and lots of different other things, but one of the things that made it very popular since it was built is its round shape which is the common feature for the Knights Templar churches, as well as for its 13th and 14th centuries effigies. More on that in a second.

The entrance to the alley that leads to the church is through a stone archway that occupies one half of the ground floor of a four-storey building. On leaving the archway and entering the open alley, you might find yourself in a place that is very different from the noise and traffic of Fleet Street.

The church and its adjoining graveyard are protected by the Goldsmith buildings. Speaking of Goldsmith, Goldsmith himself is buried in the graveyard, and his gravestone bears a quote from his friend Samuel Johnson, who lived just up the road in Gough Square: “…who left scarcely any style of writing untouched, and touched nothing that he did not adorn.”

The area, known as Temple, remains far less known to tourists than other nearby attractions like St Paul’s Cathedral or Trafalgar Square. And most of those who do find their way here don’t realise Temple’s biggest secret: this whole area was once the stronghold of the Knights Templar.

The medieval order, known for their role in the Crusades and as one of the Middle Ages’ most powerful and wealthy religious orders, lived, prayed and worked at the church from about 1185 up until their dissolution in 1312. They built monastic dormitories, chambers and two dining halls — known as Middle Temple Hall and Inner Temple Hall, though they’ve been rebuilt many times over the years — and, most famously, Temple Church.

Its round nave, modelled on the Holy Sepulchre in Jerusalem, is extraordinarily ambitious, combining lavish Romanesque sculpture with some of the earliest Gothic architectural features in any English building of its period. Major developments in the post-medieval period include the reordering of the church in the 1680s by Sir Christopher Wren. More repairs were carried out in 1737 to the north and eastern sides of the church and in 1811 more general repairs were made. A substantial restoration programme in the early 1840s took place as well.

Walking through the door reveals a very different church, bright, colourful and showing the incredible amount of effort that went into restoring the church from the wartime shell. One of the few parts of the Temple Church which do appear to be part of the early build of the church is the magnificent western doorway to the round tower. The difference in colour shows the difference between original and Victorian restoration — the lighter coloured three outer pillars on each side are Victorian, the inner columns are original.

Additionally, by heading inside the church by the western door, you are immediately greeted by the effigies of the Knights Templar on the floor of the round church. There are nine effigies in total, including those of William Marshall, 1st Earl of Pembroke, and his sons dressed in full knightly attire. William began his career earning a living by winning tournaments: he was an accomplished jouster and swordsman and tutored the young Henry I in chivalry.

The current Magna Carta exhibition in the round is very fitting, since this building served as King John’s headquarters from 1214 to 1215, and it was here that the barons first confronted him about a charter. Two of the men who mediated when John eventually signed Magna Carta — including William the Marshal, Earl of Pembroke who was an adviser to King John and regent to Henry III — were also buried here.

Today, Temple Church doesn’t seem that grand. The surrounding buildings dwarf it, making its dome invisible from just a short distance. The circular nave in the west, which was built first, is just 17m in diameter. The Inner Temple still has a section of its medieval hall, complete with 15th-century fireplace. And with its hammer-beam ceiling and rich oil paintings, Middle Temple’s hall is largely what it would have looked like when it was built under Queen Elizabeth in 1562.

One Monday morning in 2003, there was a queue of young Americans standing outside the door. The verger opened up and they ask him, “Have you read the book?” And of course, the verger thinks they’re talking about the Bible. Instead, they were talking about Dan Brown’s Da Vinci Code. It would turn out to be one of the most popular novels of the 21st Century — and one of its main scenes was set at Temple Church.

At the beginning of the journey, the church was used for Templar initiation ceremonies. Today, Temple Church holds regular church services that include Holy Communion and Mattins on Sunday morning. It also holds some weddings but only for the members of the Inner and Middle Temples, since it serves both temples as a private chapel. Moreover, it has a formidable acoustic and has maintained a choir of men and boys since the days of the Temple Knights.

To sum up, Temple Church is back to feeling like a hidden world in the heart of London, one that’s serene and rich with secrets. And that, in many ways, feels how it should be.

Top 10 Free Things To Do In London

Best 10 Things To Do In The City Of Westminster