Rostrevor County Down- A Great Place To Visit 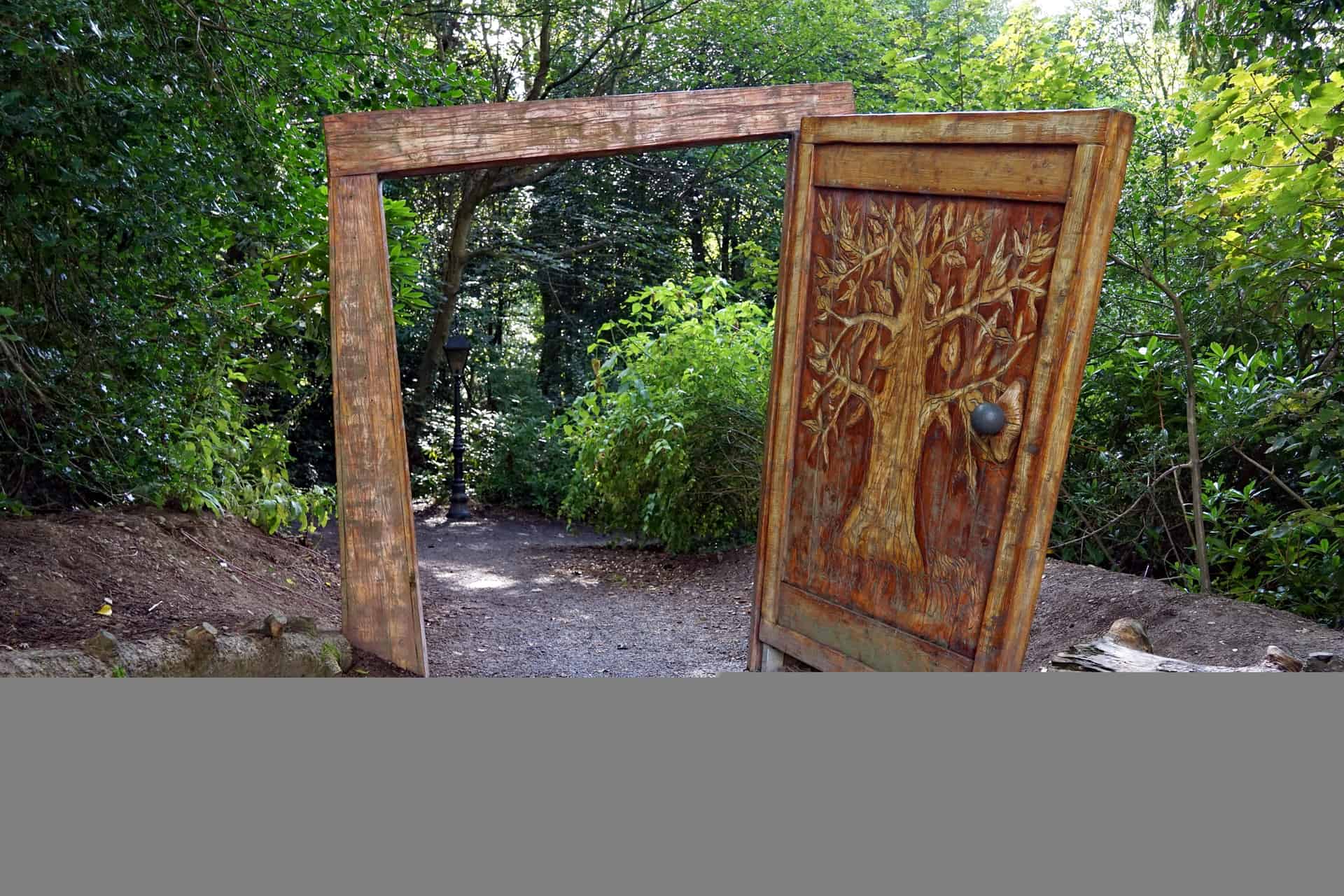 Rostrevor is as picturesque as you can get it in Northern Ireland. Nestled at the bottom of Slieve Martin on the shores of Carlingford Lough is the lively village with an abundance of history, myth and outdoor splendour that would keep anyone busy.

This place is also home to a beautiful Fairy Glen – a great walk for big and small! 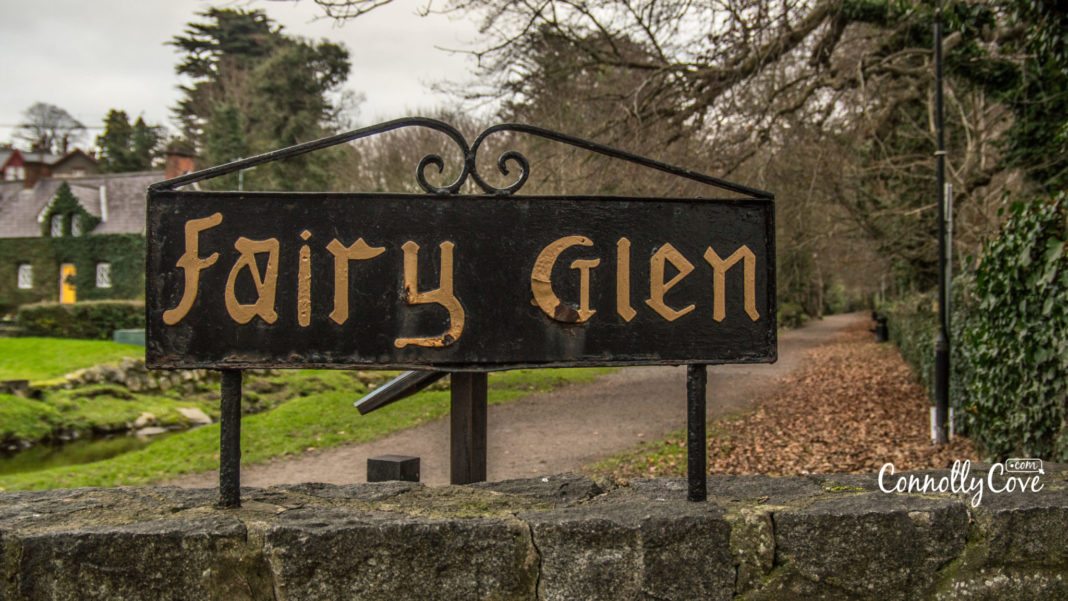 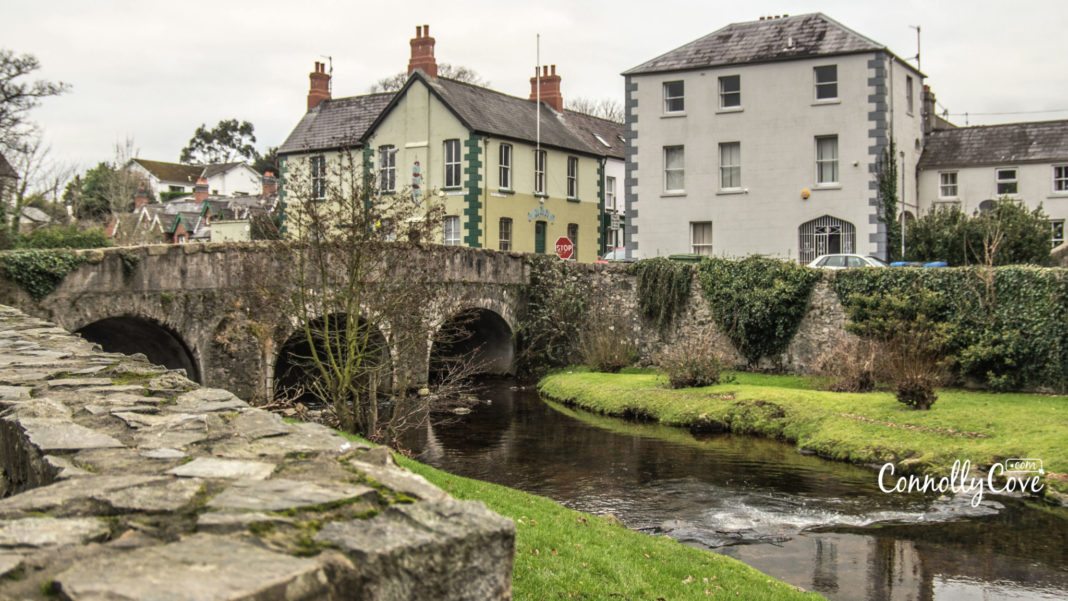 At the southern entrance to the Mourne Mountains and alongside the shores of Carlingford Lough lies the village of Rostrevor. Which is a quaint small village in County Down, Northern Ireland, located between Newry & Kilkeel Lough, nine miles away from Newry. Kilbroney River runs through the village.

The village goes back to 1612 when Sir Edward Trevor married Rose Ussher, the Archbishop of Armagh’s daughter, who is said to have had the village named after her. Earlier, in the sixteenth century, the village of Rostrevor was first known as Castle Rory or Castle Roe.

The name came in honour of Rory Magenniss who built a fortress on the shores of Carlingford Lough. Through the Rostrevor Forest and Kilbroney Park run beautiful walkways. The village is famous for its mild weather and majestic scenery, which makes it a perfect destination for tourism, in addition to its spectacular forest park. 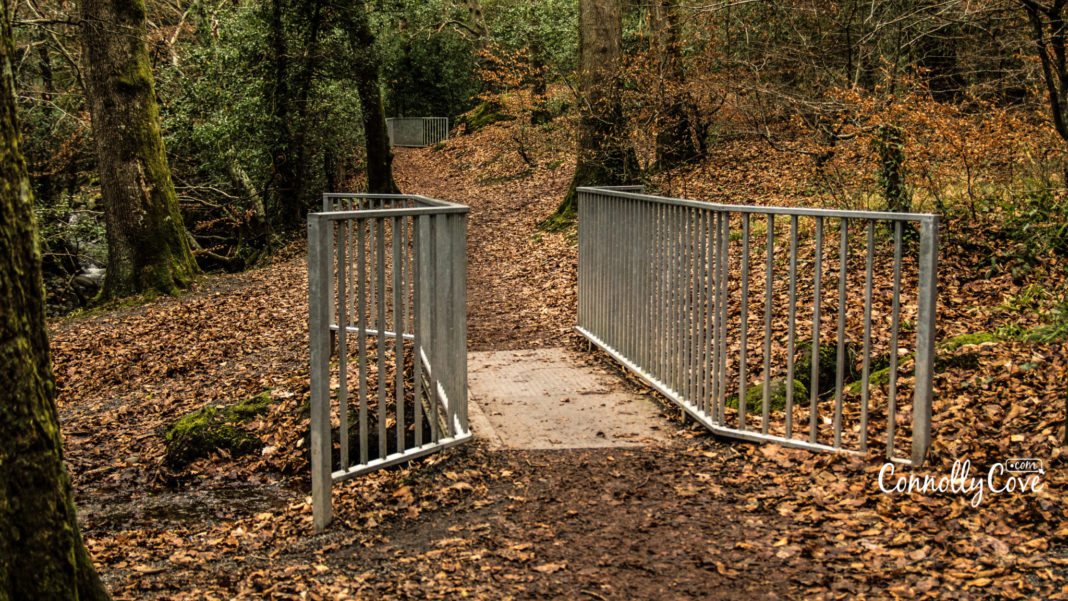 After a rest – onwards 🙂 Plenty of places to discover yet! 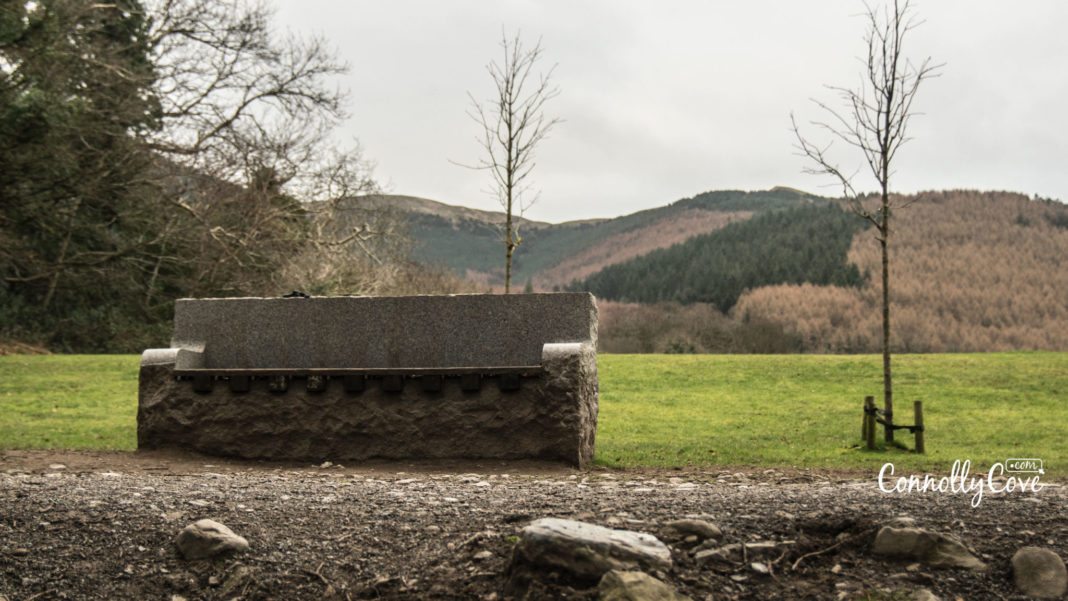 In Kilbroney Park you will come across a CS Lewis Narnia Trail if you go to the front of the main building/cafe. Here you will find scenes from the most famous CS Lewis books. Of course, you need to travel through the wardrobe!

There is no doubt that some of the world’s greatest writers/storytellers come from Northern Ireland. Louis MacNeice, Samuel Beckett, Seamus Heaney, Brian Friel and C.S. Lewis are jusr a few. In Kilbroney Park you will come across a C.S. Lewis Narnia Trail if you go to the front of the main building/cafe. There you will find scenes from the most famous C.S. Lewis books. C.S. Lewis was greatly inspired by the Mourne Mountains, Northern Ireland.

At C.S. Lewis Square are seven sculptures made by Maurice Harron, an Irish artist, each based on characters from Lewis’s books. Characters from The Lion, the Witch and the Wardrobe published in 1950: Aslan, Maugrim, Mr and Mrs Beaver, the Robin, the White Witch, the Stone Table and Mr Tumnus. Moving on through the wardrobe, you will find stations with themes from Lewis’s books: The Tree People, The Citadels, The Beavers’ House, the Witch’s Castle, etc.

On reaching the lamp-post you need to decide….right, left or turn back!!

Seating for kings maybe? Do you know what book this is from? A great place for a family photo!

Looking carefully you may find the famous Mr & Mrs Beaver – who are statues again!

Watch out for the Witch Witch’s Castle – Queen Jadis was here too!

or what about the Tree People?

In Lewis’s essay, On Stories, he wrote, “I have seen landscapes, notably in the Mourne Mountains and southwards which under a particular light made me feel that at any moment a giant might raise his head over the next ridge”. Describing the Mournes in County Down as a magical, mesmerising place. Lewis also says, “I yearn to see County Down in the snow, one almost expects to see a march of dwarfs dashing past. How I long to break into a world where such things were true”. For him, they were of big inspiration for Lewis’ Narnia. He further says, “That part of Rostrevor which overlooks Carlingford Lough is my idea of Narnia”.

Wow! After getting lost with CS Lewis – back to the park – and some walking  ( climbing! ) up mountains…

But its worth it!

Amazing views of the Lough, Rostrevor, Warrenpoint and more!

Throughout the village, we can find interesting historical sites with rich folklore, such as the Cloughmore (also known locally as the Big Stone), which is a huge erratic syenite boulder resting atop a hill a thousand feet high over Rostrevor village, County Down, Northern Ireland. Cloughmore originates from the Irish Chloch Mhór meaning the enormous stone. The huge boulder weighs 50 tons of mass. It varies in height from five to eight feet and has a circumference of thirty-eight feet. It overlooks the fields, forests and mountains of County Louth and County Armagh as well as the waters of Carlingford Lough. It is believed that it was transported from Scotland. Specifically an island in Strathclyde narrows or probably dropped on the mountain slopes by a glacier thousands of years ago.

Legend has it that the Cloughmore stone was thrown by a giant named Fionn MacCumhaill (anglicised to Finn McCool). Who was a mythical Irish warrior and son of Cumhaill, leader of the Fianna warriors who were a group of mercenaries. The tale says that once upon a time Finn McCool hunted a wild boar across Slieve Foy Mountain in Carlingford and cooked it over the mouth of a volcano that erupted long before but still enough heat for cooking. He then went to sleep and as he woke up, he saw another giant, named Ruscaire, at the Carlingford Lough below. Wearing a white shield and carrying a sword in one hand and a club in the other.

He challenged Giant McCool, who called himself the Giant of Summer, saying he was the cock of the North, the Giant of Snow and Ice, the enemy of human race and that he was ready for a fight if Finn McCool wanted to. They both dared each other which led to a battle. They drew their swords and fought day and night. As giant McCool was sleeping, on the third day, Ruscaire seized the chance, crossed the Lough and stole his sword. However, he did not kill him in his sleep for he had some honour.

Finn McCool then woke up to find his sword had been stolen, which aroused his anger. He threw stones at Ruscaire, starting a battle of rock firing. Ending eventually with McCool throwing the Cloughmore stone, a 50 ton rock, with all his might at Ruscaire. It landed over him, ending his life. His crushed body beneath the stone later on melted like ice. McCool, exhausted from the fight, laid down on top of the mountain and his feet in the Lough, and never woke up that his huge body turned into stone. The outline of his body is still there up to this day.

When you have enough of the heights – head down to the Lough shore and you will find an impressive site – Ross Monument. Which has a great story – It is an obelisk in Rostrevor village, County Down. The monument is located in almost the same place where General Robert Ross, an Anglo-Irish officer, had planned to establish his retirement home after his safe return from his expedition to America in 1814.

Delving deep into the history, General Robert Ross played a crucial role when the British forces won their first victory over Napoleon’s forces at the Battle of Maida in 1806. He also developed an amazing career during the Peninsular War in Europe. His death in Baltimore in 1814 inspired the lyrics of the Star-Spangled Banner, the national anthem of the United States of America.

Let’s take a look at what the inscription on the obelisk says:

OBELISK COMMEMORATES MAJ GEN ROBERT ROSS (1766–1814), KILLED AT NORTH POINT, BALTIMORE, USA, AND WAS ERECTED BY HIS FELLOW OFFICERS AND THE NOBILITY AND GENTRY OF COUNTY DOWN, ‘AS A TRIBUTE TO HIS PRIVATE WORTH AND A RECORD OF HIS MILITARY EXPLOITS’ 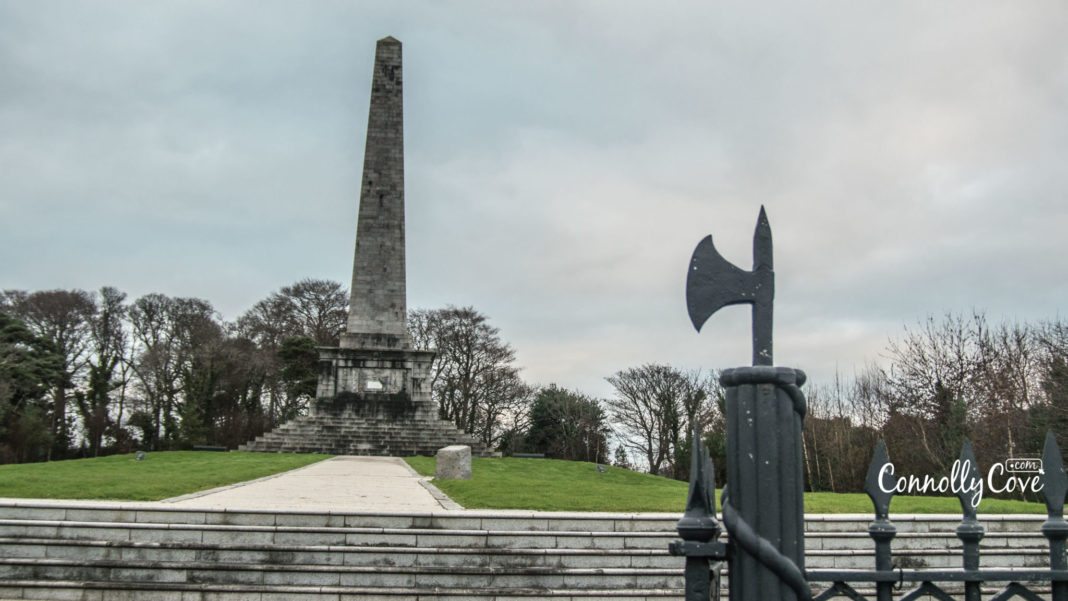 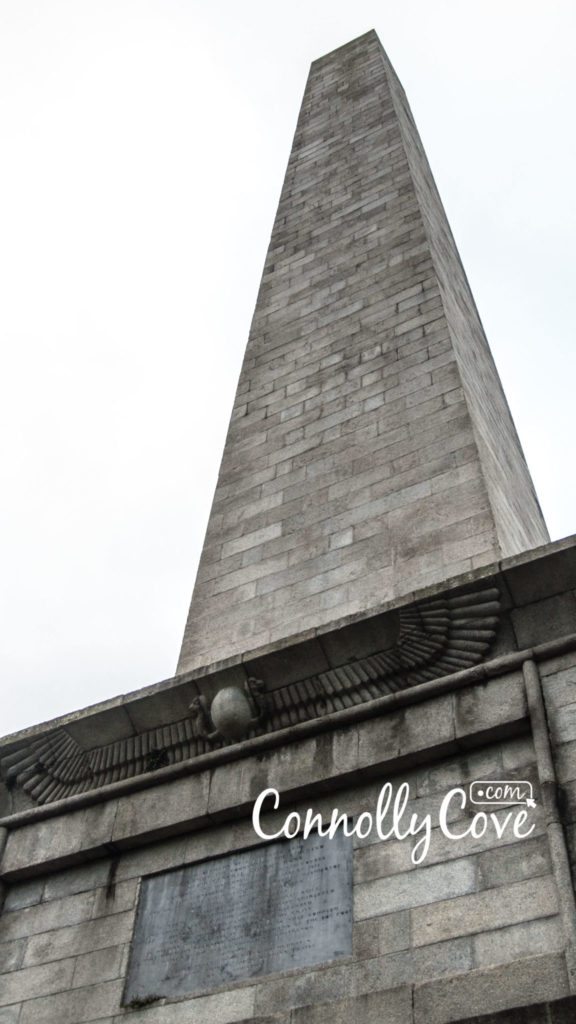 Historical Sites Around the Area

There are even more historical sites dotted around Rostrevor, such as Kilfeaghan Dolmen three miles away from Rostrevor on the Kilkeel road. Kilfeaghan Dolmen is a Neolithic portal tomb, around 4500 years old, situated in a farm overlooking Carlingford Lough, with a chamber covered with a huge capstone weighing about 35 tons and is 8.2 feet high. The capstone rests on two portal stones, partly sinking into the ground.

The whole structure rests on a massive cairn at least 49 feet long. The portal-dolmen is made of granite. Recent excavations in the area uncovered bone and pottery.If you still have time – there are even more historical sites dotted around Rostrevor – but I think it will take a few days to stay to see them all!

Among the beautiful landmarks in Rostrevor we visited is St Bronagh’s Church (Cillbhronaigh in Irish). It is situated in the Kilbroney Graveyard. It is a beautiful edifice with lofty tower and pinnacles. The ruins of the old church are located on the Hilltown-road, about half a mile north-east of the Rostrevor village, where a white bell, from the 6th century, and a stony cross known as kilbroney Celtic High Cross, dating back to the 8th century, were found in the adjacent chapel yard years ago.

St Bronagh’s Bell is now displayed at the local Catholic Church in the area. Folklore entails that prayers will be answered if you pray to Bronagh and ring the bell three times. Even though no written historical records of St Bronagh’s life survived, she sets an excellent example of faith and devotion for the Irish people. She was known as the Virgin of Glen-Seichis (the ancient name for the now-called parish of Kilbroney, who bore different denominations throughout history).

Back to the cross, it is 8.2 feet high, covered with fine, intricate, low relief fretwork, more reminiscent of metal or manuscripts than stone. It goes back to the eighth century and is thought to mark St Bronagh’s grave. Another cross in the Kilbroney Graveyard is a small granite cross, surrounded by shrubs.

The Hidden Bell of Bronagh

The Hidden Bell of Bronagh is one of the things found in Kilbroney, Rostrevor. After the decease of the convent, a bell could be heard ringing on stormy nights. A legend says that this ringing was a warning to seafarers on Carlingford Lough. It was also suggested that the ringing came from the old graveyard, whereas another tales attributed it to stories of fairies and banshees.

The bell was only discovered in 1839 when a big storm hit the countryside, causing extensive damage to buildings and trees, including an old tree in the Kilbroney Graveyard, which fell and a bell was found within its split trunk. The bell is said to have belonged to St Bronagh and was used to summon the nuns for prayers. We can find the bell now in the Catholic Church in Rostrevor.

In the site, there is also a healing well said to cure eye and throat diseases, as well as the grave of Giant Murphy, an 8 feet 1-inch tall giant who was the tallest in the world at his time.

More photos of our favourite place in Rostrevor – the Fairy Glen 🙂 Click on them on enlarge – hope you enjoy!

Not only are there many historically rich touristic sites to visit here, but also activities to engage in. Rostrevor is a haven for mountain bikers. The Rostrevor Mountain Bike Trails powered by Chain Reaction Cycles offer some challenging mountain biking on the shores of Carlingford Lough.

So have you been to Rostrevor? If not – why!!

Where have we missed from this list – please do let us know ( so we have an excuse to visit again! )

Also, don’t forget to check out our other blogs that might interest you: Rostrevor Fairy Glen| Glens of Antrim| The Gruffalo Trail| Narnia Trail| CS Lewis| CS Lewis Square|