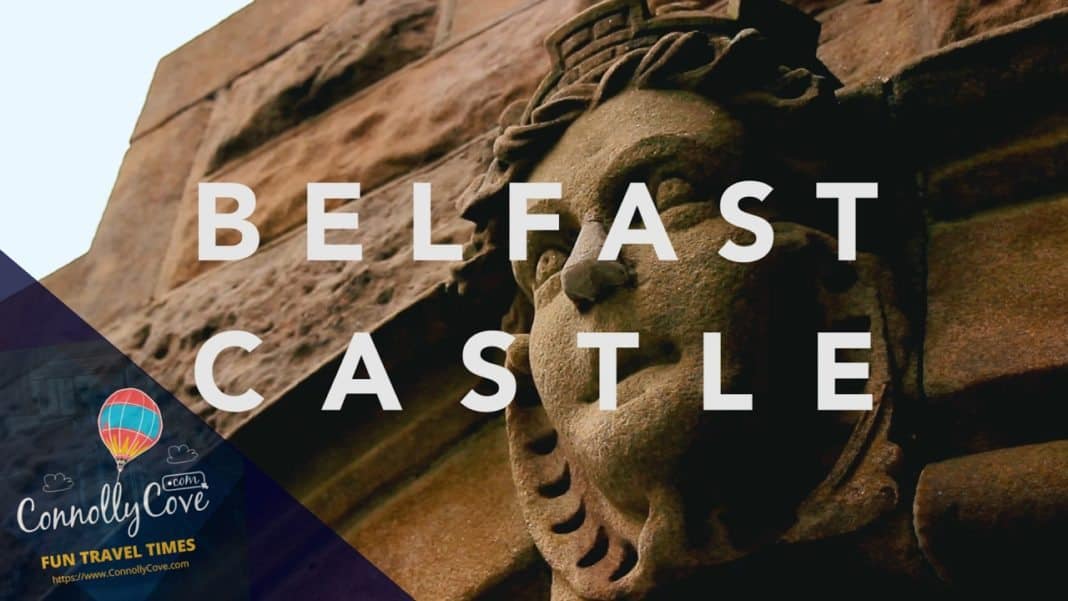 Belfast Castle is situated on the sweeping slopes of Cavehill Country Park in Belfast, the capital city of Northern Ireland. Located four hundred feet above sea level, it provides a magnificent view of the city and Belfast Lough.

For directions to the castle from Belfast – the quickest way by car would be via the M2 – a journey of less than 5 miles from the centre of the city. Bus routes up the Antrim Road towards Glengormley would take you past it – or using one of the hop on-hop off buses – like Titanic or City Tours which stop at the castle is a great option. 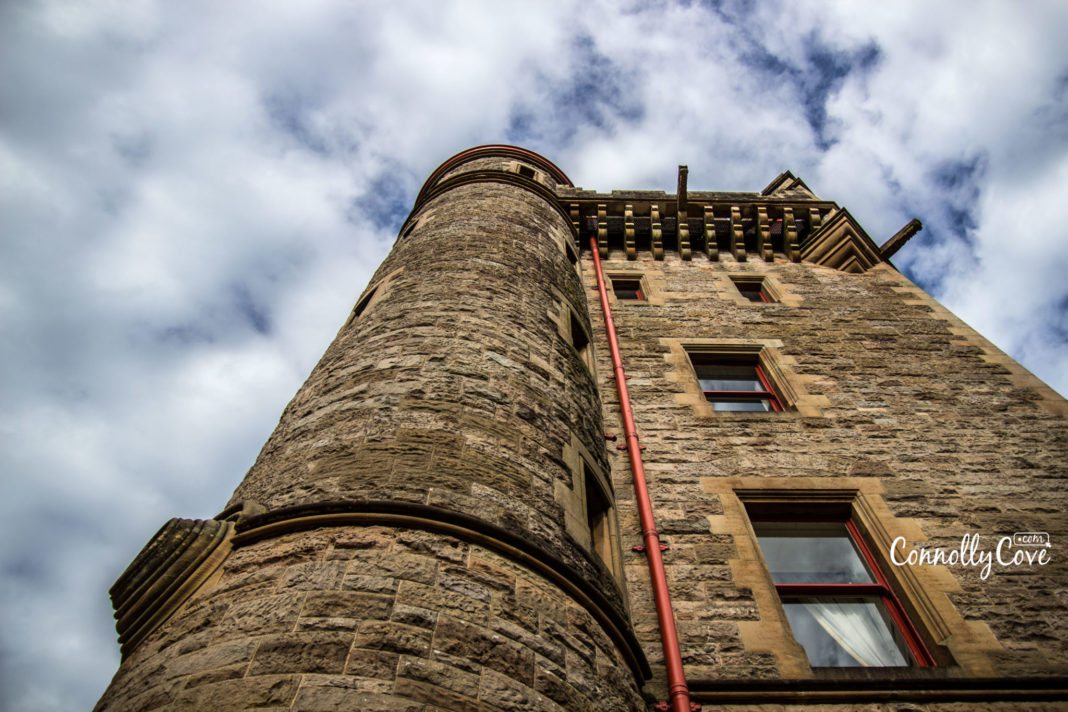 The original Belfast Castle was built in the 12th century by the Normans in the town of Belfast itself in what is now Belfast city centre. The castle was home to the 1st Baron Chichester (Sir Arthur Chichester), but unfortunately, it was burned down in 1708. The Chichester decided to forgo the original site and rebuild their new residence in the suburbs, right where today’s Belfast Castle is located.

Designed in the Scottish baronial style by Charles Lanyon and his son, the new castle was built during the period from 1811 to 1870 by the 3rd Marquess of Donegall. After Donegall’s death and the family’s financial demise, The 8th Earl of Shaftesbury oversaw the completion of the construction process.

The 9th Earl of Shaftesbury was the one who presented the castle to the city of Belfast in 1934. The Belfast City Council began a major refurbishment over a period of ten years beginning in 1978 at a cost of over 2 million pounds. The building officially re-opened to the public on 11 November 1988. 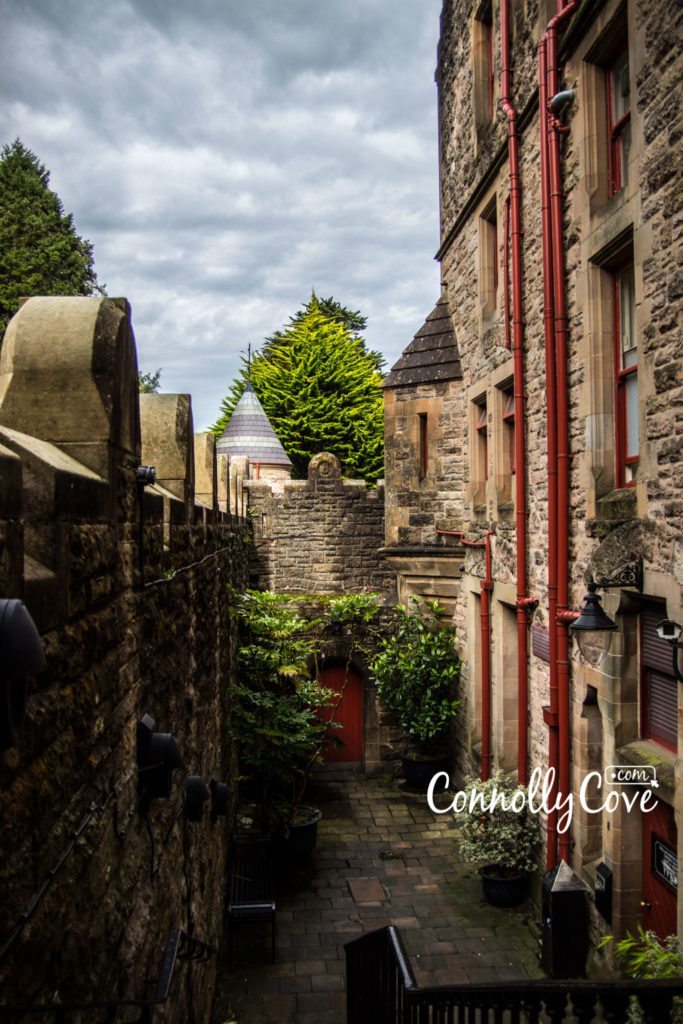 More of the Castle History and Facilities

The castle boasts an antique shop, a restaurant and visitors centre. It is also a popular venue for conferences, private dining and wedding receptions.

The Shaftesbury family were very generous donors to Belfast, supporting many charities and hosting garden parties in the castle grounds. The 9th Earl of Shaftesbury became Lord Mayor of Belfast in 1907 and chancellor of Queen’s University in 1908. The castle belonged to the family until they presented the estate to the City of Belfast in 1934. 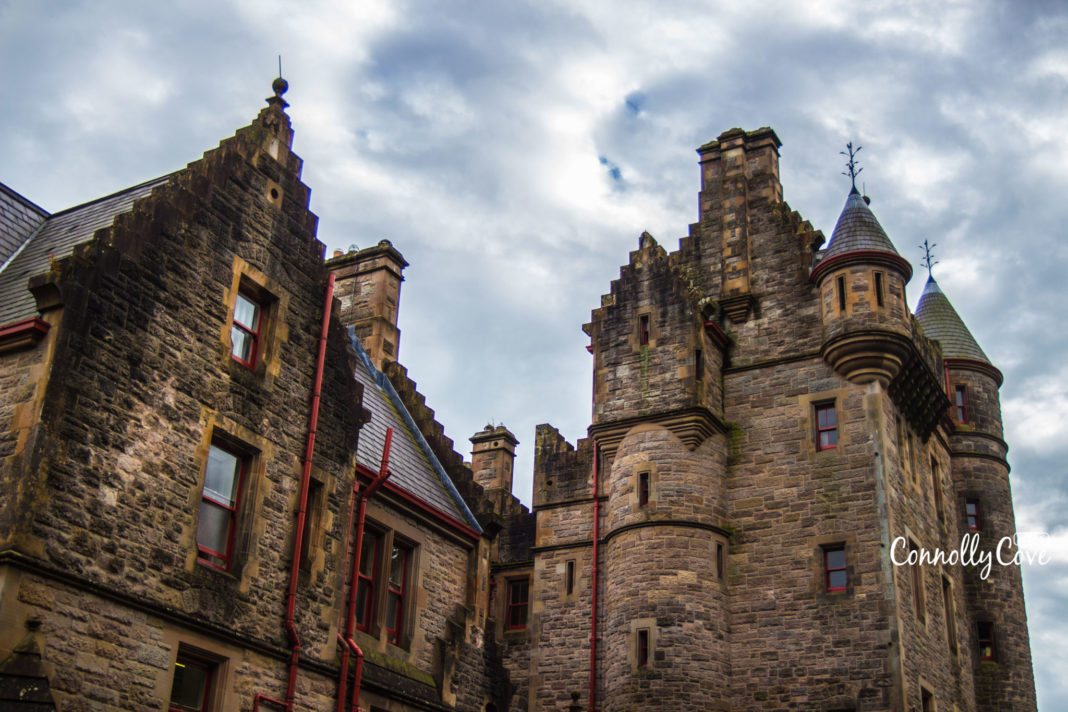 After the Second World War and until the 1970s, Belfast Castle was a popular venue for wedding receptions, dances and afternoon tea parties.

In 1978 the castle closed as part of a refurbishment process that cost an estimated £2 million. The refurbishment was overseen by Hewitt and Haslam Partnership architects. It reopened in 1988 and now hosts weddings, conferences and various other events. 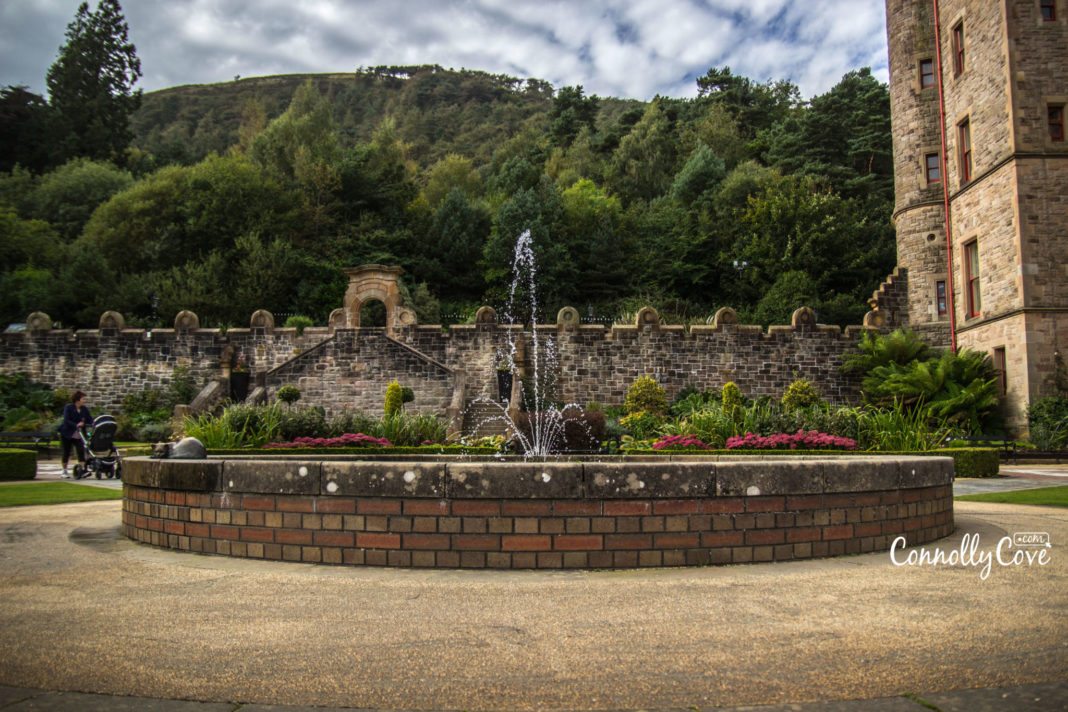 Belfast Castle is one of the most striking buildings in Belfast that welcomes hundreds of visitors who usually enjoy afternoon tea in the Castle Tavern or take a leisurely stroll around the gardens.

The Donegall coat-of-arms is situated right above the front door of Belfast Castle. A section of the Shaftesbury crest is also situated on the exterior staircase, which has now become a popular spot for wedding photography. The castle boasts a six-story square tower and the entrance faces the steep slope of the hillside and has a porch with decorative Doric columns.

In 1894 the principal rooms were connected to the terrace below by an Italian style serpentine outside staircase that was a gift from the 9th Earl of Shaftesbury to his mother.

As you see in the photos – there is a myth surrounding the castle – that it will be safe from any disaster as long as there is a cat on the grounds. Hence in the garden itself – you will spot cats everywhere (in stonework, hedges, seats, and more!) Kids will have great fun trying to find them all. 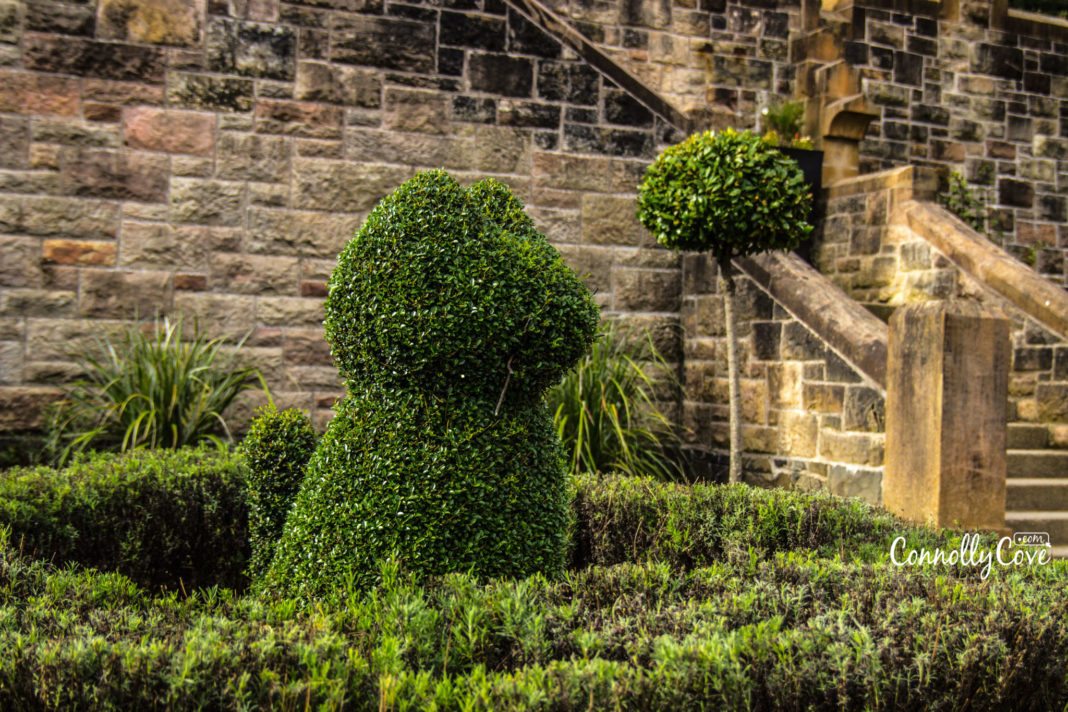 Why not experience Belfast Castle in a 360 Degree Video. You can move your mobile device around to see all around you – or move using the mouse on a desktop. Enjoy!

The castle’s estate now forms a part of the Cave Hill Country Park. The park has three trails, one of which rises up the hill past the caves to McArt’s Fort.

The park is named after the five caves located on the side of the cliffs.

It contains numerous archaeological and historical features, including Napoleon’s Nose, which is believed to have been the inspiration for Jonathan Swift’s novel Gulliver’s Travels. The Park is also home to McArts Fort, an ancient fort which stands at 1,200 feet above sea level. 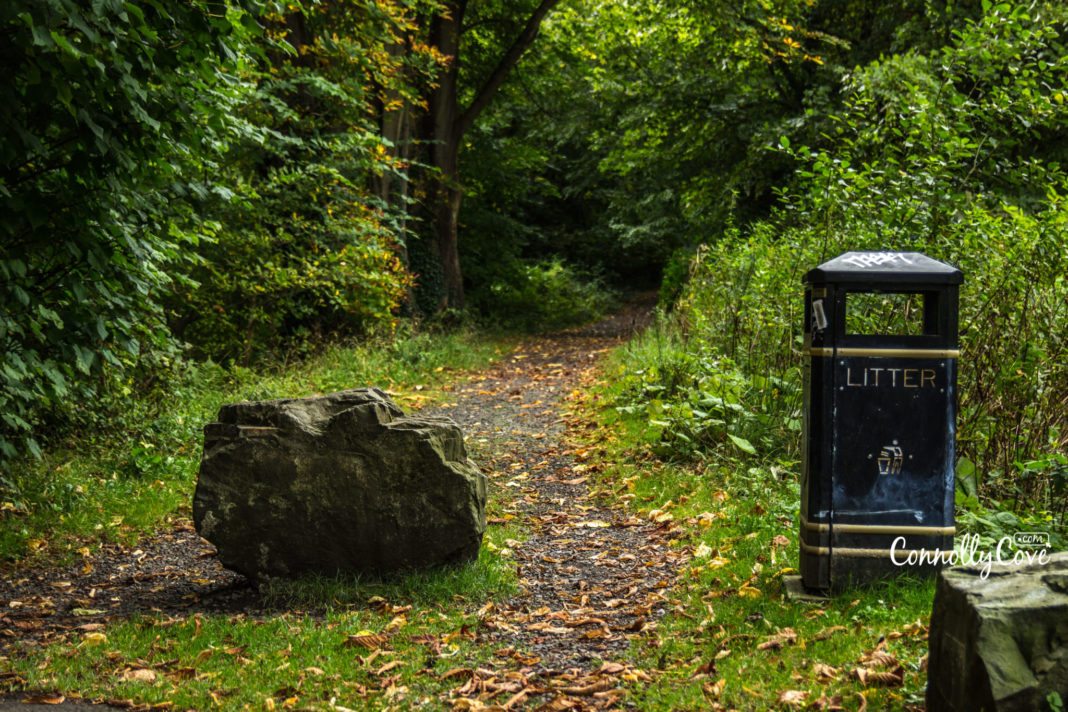 The worldwide event aimed to shed light on the condition which causes disfiguring, painful tumours to grow on the nerves. Although widespread, the disease is not very well-known, hence the need to spread awareness about it among the general public.

Commenting on the event, the Director of The Neuro Foundation Karen Cockburn said: “We are delighted that so many organisations have chosen to support World Neurofibromatosis Awareness Day in this way.

It is so encouraging that every country in the United Kingdom can join together with our friends in North America to stand up for all those affected by this incurable condition, and by raising awareness we hope to be able to provide greater support.”

Many people are lucky enough to have their wedding in the Castle itself. A wonderful setting. Also of interest could be Christmas Dinners, afternoon tea in the castle, or just a tea in the tea shop in the basement! The Cellar Restaurant is normally opened every day from 11am to 5pm and is mainly for tea/coffee sandwiches & cakes. 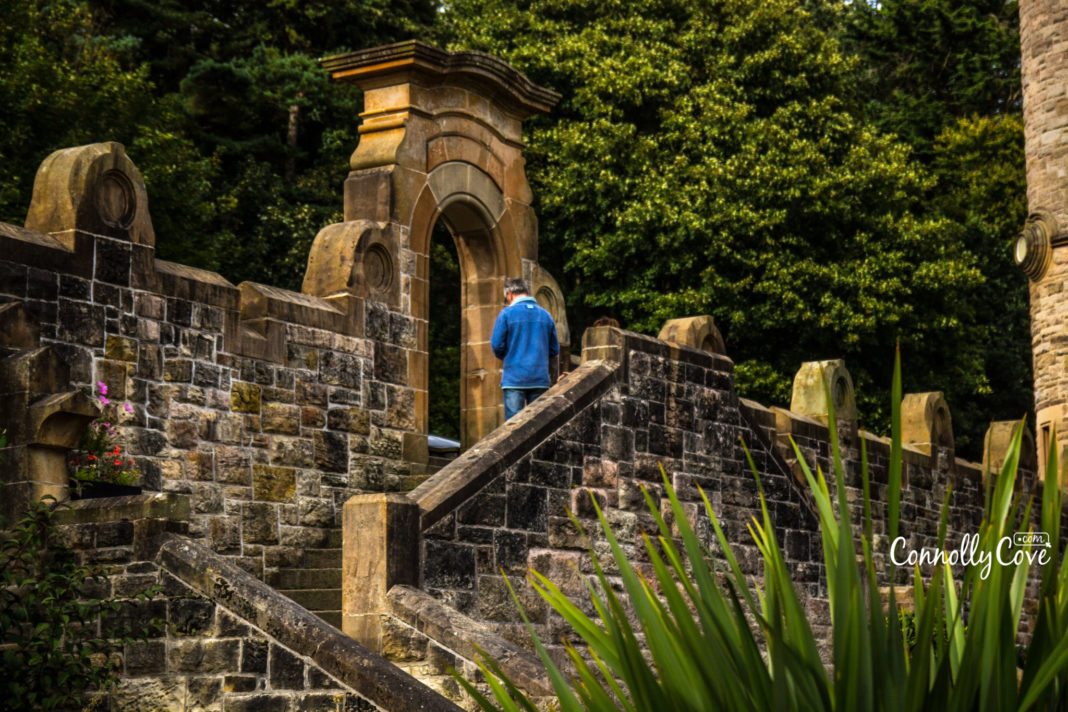 The castle itself is normally open Tuesday to Saturday 9am to 10pm, Sunday and Monday it is normally opened 9am-5.30pm. If you need to phone and check – call the local Belfast number 028 90776925. Admission is free! 🙂 So no excuse!!

Visiting the grounds of the castle are definitely recommended – especially if you have a young family. They will enjoy the fun adventure playground (£2.50 per child ) or a run through the forest. 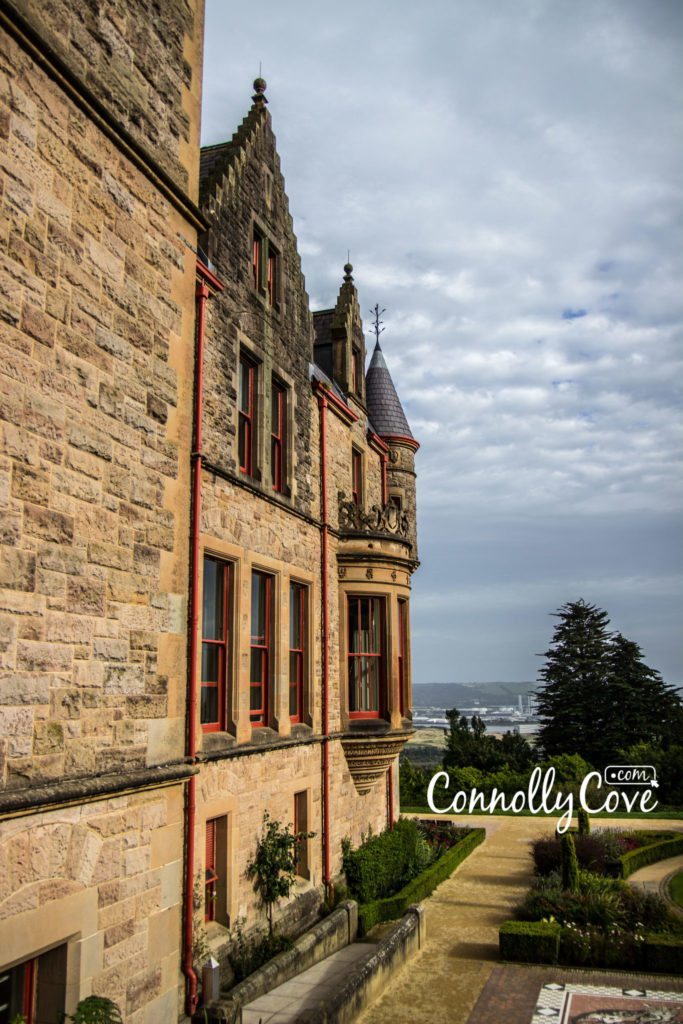 Some additional photos from the castle and its grounds – just click on any of them to enlarge.

Another 360 Video of Belfast Castle –

What do you think of the video and photos from the Castle? We would love your thoughts below and if you can share on social media – it would be really appreciated.