Street Art is a phenomenon that has quickly taken over the world, it stops you in your tracks and makes you appreciate art in a unique way.

Just recently we discovered a famous Irish street artist, who goes by the nickname ‘Maser’. He is renowned for his striking street designs that often evoke emotion and are thought-provoking, with strong messages for people to take away.

Masers incredible ability to bring to life abstract art wherever he goes, whilst also captivating audiences is something truly special. He isn’t new to street art, in fact, he first began creating street art in his home city of Dublin back in 1995.

Keep reading to find out more on Maser and a look into some of his most talented work. 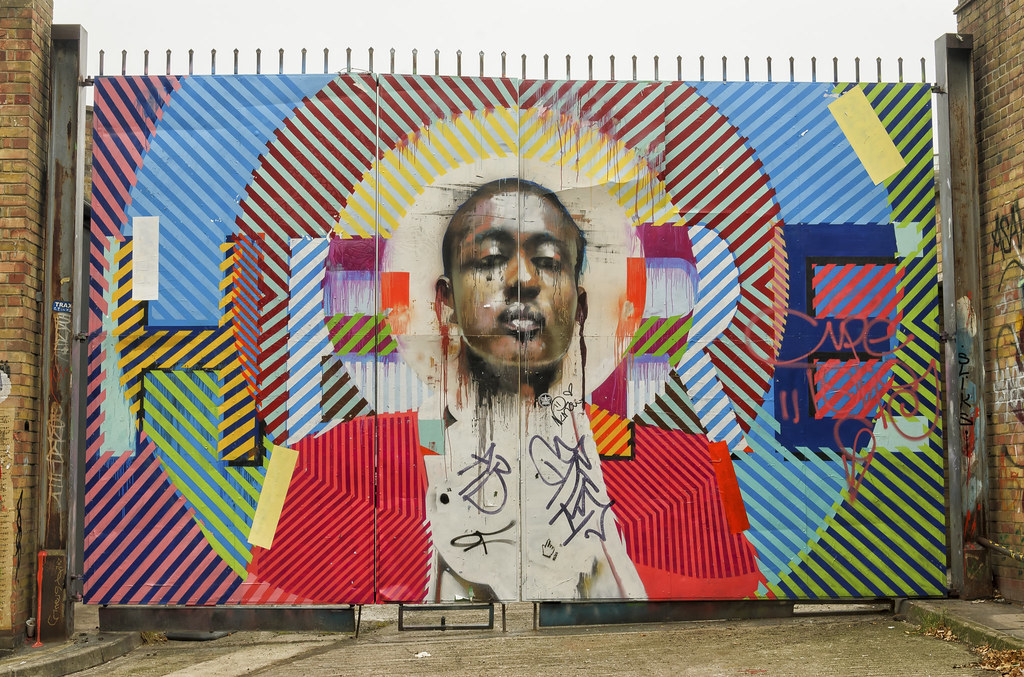 In 1995, as a teenager, Maser, whose real name is ‘AL Hester’ took a keen interest in graffiti art in Dublin. He began himself adding to the street art scene in Dublin, where he quickly earned the respect of other Irish street artists and even further afield in Europe, where people recognised his undeniable talent.

Maser studied Visual Communications at an art school in Dublin and after he had completed his course, he soon became one of the leading Irish street artists around, who focuses a lot on working in urban environments. You could probably say his time in art school helped him to create artwork with meaningful messages behind it, which is what Maser has become so famous for.

“[graffiti] was a sociable thing. You were out with your friends. You got to explore the city and it was a rebellious thing . . . Why do we do anything? Maybe it’s because we never want to be forgotten. – Maser

Some of his earliest work such as ‘They Are Us Project’ (2010), whom he collaborated with Irish singer Damien Dempsey on, is said to be influenced by his love for typography, letterforms and sign painting. This project was created by Maser to help liven up some of Dublin’s most deprived areas, as well as being a fundraising exercise for the homeless community in the city.

Back then it was a difficult time in Dublin, and both artists wanted to do something that would remind the people of Dublin, what a great city the place actually is. They brought some colour back into the Irish capital, through the captivating and bold street art that made people stop in their tracks.

As time went on Maser tried out a few other street art styles and soon he began transitioning to more graphic representation with cool geometric abstract designs. This is what he is most known for today.

Maser Art Around the World

Since he first began street art in Dublin 1995, his passion for the art form has provided him with the great opportunity to paint the walls around the world. Not only will you find his incredible art on the streets of Dublin but in places such as the UK, America, German, Belgium and Spain to name a few. Wherever in the world, he has travelled, Maser has left his mark through his art, firmly making him well known and admired within the art scene.

He has also worked on many large scale mural displays and his collaborations with other artists like Damien Dempsy, Connor Harrington and Fintan Magee have helped him become a famous figure in the graffiti scene as well taking the contemporary art world by storm.

In 2014, Maser was one of eleven artists chosen to help create a film that would accompany the songs on Irish Rock Band U2’s studio album ‘Songs of Innocence’. (13th edition)

If you wish to check out this talented Irish street artist, just last year (2018) he opened up his first gallery in Dublin called ‘Atelier Maser.’ Not only can you check out some of his best work here but he has created the place as a way to help nurture other young, up and coming Irish artists.

“I get excited when I see promising talent and want to show young artists that success comes in many forms, and to ultimately help them achieve that success.” – Maser

The Dublin studio is mainly a place for Maser to focus on his own artwork and to keep making unique but powerful art that makes people take notice. The studio is very open and is visible from the street if you are passing by, you just might be lucky enough to catch him working his magic or creating his next big art installation.

If can’t get out to see his artwork head over to his Instagram page and check out everything he is doing.

Below you’ll find some of Maser most popular art:

3: One of Maser’s iconic street art designs created as part of the ‘They Are Us Project’ (2010) in Dublin:

4. The ‘Dancing of Light’ art installation created inside a Germany nightclub to convey the message that ‘light is hope’:

Setting up for the show tonight in Munich #maserart

5. A simple mural Maser painting on the walls of a prison in Dublin,  inspired by the chats he had with the young inmates from Limerick who had given up hope:

#tbt when I spent a month in mount joy prison and st.pats for young offenders painting murals on the prison walls with the inmates. This one was inspired after talking to a young inmate from Limerick who had already accepted that prison was his life, he was in this solitary confinement wing, isolated from people in his closed cells for 23 hours a day, with virtually no human contact. #maserart #theyareus

6. Another art piece created by Maser on the streets in Liberia, again helping to bring colour to deprived areas:

There is no doubt, Maser Art is taking Ireland and the world by storm, we are excited to see what he does next. Have you ever seen any of Maser Art around the world? Share with us in the comments below.

Art Galleries in Belfast: A Local’s Guide to Must-See Attractions|The Unmissable Galway International Arts Festival|Street Murals Around the World| Belfast Street Art: A Tour Around the Cathedral Quarter (and Beyond)

0
Derry, having been awarded City of Culture 2013, has much to offer in terms of culture, fun, diversity, and excitement. Due to this, it...
Read more
Northern Ireland

Your Guide Around the Lake-land, County Cavan

0
County Cavan, also known as Lakeland County, is most famous for the numerous of lakes it has. The meaning of 'Cavan' in the Gaelic...
Read more

0
Egypt's former Royal Family left behind quite the legacy, including many palaces and gardens that used to be their sole property and are now...
Read more
Hotels

Places to Stay in Dublin

0
Planning a trip to Dublin sometime soon? Looking for the best places to stay in the city? Well, you have come to the right...
Read more