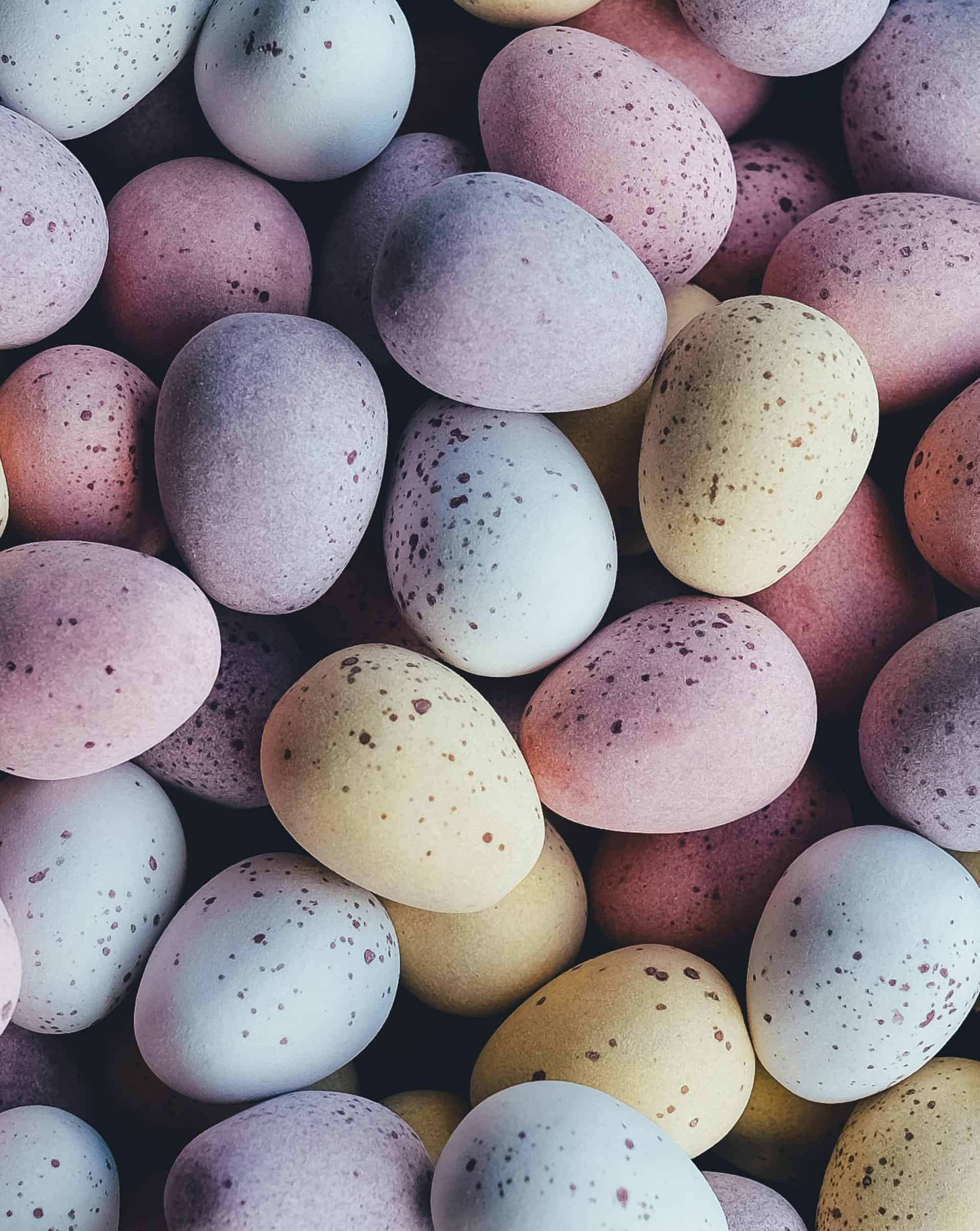 In recent history, Easter has become a celebration of religion and the coming of spring for the whole family. But, where did these beloved traditions come from, and why is a bunny the go-to mascot for Easter? These customs are rooted in history and have evolved over centuries to become what they are today.

The Origin of the Easter Bunny

While the exact history of the Easter Bunny is unknown, there are many different stories and theories that help us understand where the beloved character came from.

Firstly, it is important to understand why a rabbit is such an important symbol to the Christian faith. When bunnies are born, they are fully developed and said to be born with “open eyes”. Due to this, people began to associate bunnies with being always awake from the moment they were born. This is how bunnies came to be a Christian symbol of eternal life.

One popular theory about the origins of the Easter Bunny is that the German spring goddess, Ostara, kept a rabbit as a companion. The German word for Easter is Ostern, which was named after this goddess, and her companion is used as the holiday’s symbol.

Another, more accepted theory, has to do with farmers. In the Middle Ages, the Thursday before Easter Sunday was the end of the business year in Germany. It was on this day that farmers had to pay their dues and rent to the landowners. It is said that farmers would often pay part of their rent with eggs and rabbits that they killed in the fields, which the landowners enjoyed since eating eggs during Lent was forbidden in the Middle Ages. This theory suggests that the payment in eggs and rabbits led the two to become a symbol for springtime in the country.

While these theories and many others circulated around Germany, many parents also told stories of magical foxes and storks around the holiday. However, by the end of World War II, the Easter Bunny had taken its spot as the holiday’s mascot. As German people immigrated around the world, the tales of the Easter Bunny went with them, spreading to new places such as the UK and the US.

The History of the Easter Egg Hunt

The tradition of an Easter egg hunt also originates from Germany. It is said that in the 16th century, Martin Luther organised the hunt for his congregation. It is said that the men would hide eggs for the women and children to search for. This tradition symbolized the story of Jesus’ resurrection, as women were the ones to discover the empty tomb.

Today the Easter Bunny is also known for leaving colourful eggs around the garden for children to find. Egg hunts are a popular tradition the weekend before the holiday. For this, we have Queen Victoria to thank! As a child, Queen Victoria enjoyed egg hunts put on by her mother at Kensington Palace. Her mother, the Duchess of Kent, was born in Germany and continued the tradition even after she moved to the UK. When Queen Victoria had children of her own, she began holding egg hunts for them on the Thursday before Easter.

In the 1850’s artificial eggs began being used in London, and by 1874, they became popular throughout all of England. While chocolate eggs were used in Germany and France since the 19th century, they did not appear in the UK until 1873.

While egg hunts are popular in multiple countries around the world, the UK has some unique traditions of their own.

In northern England and Scotland, decorated eggs are often given as gifts or used to decorate homes. This custom was first recorded in the 18th century, and by the 19th century it was popular throughout the country.

Egg rolling is also a unique UK tradition. Dating back to 1790’s, children would gather to roll decorated eggs down a grassy hillside. At the bottom of the hills, a crowd of spectators would form to watch the kids take part in the activity.

The Easter traditions we know and love today only became popular between the 19th and 20th centuries. It was at this time when family life became a priority and many families had more disposable income. As a result, the holiday became centred around the enjoyment of family and children, rather than a formal and religious holiday.

Since then, on Easter morning, many children wake up with excitement as they begin looking for their hidden Easter basket – a basket filled with small toys, chocolates, and sometimes even money. Some parents even leave a trail of plastic eggs or clue notes for their children to follow towards their baskets.

Furthermore, on the weekend before Easter, many attend community egg hunts held for the local children. Here, children run around a field in search of colourful plastic eggs filled with treats. At the end, each child radiates pure happiness as they open their eggs and marvel at the surprises inside.

In Australia, an Easter Bilby has replaced the bunny as the holiday’s mascot. This is because the Bilby is an endangered species in Australia and the movement is to bring awareness to this issue. So, on Easter morning, Australian children search for gifts left by a bilby instead!

While children in Sweden also get gifts from the Easter Bunny, there is an old tradition featuring a Witch as well. On Easter, Swedish children dress up in witch costumes. Similar to Halloween festivities, the children then go house to house with drawings to exchange for candies.

In Norway, Easter is a huge holiday. In fact, it is even more important than Christmas! To celebrate, Norwegians decorate their homes with Chickens, rather than bunnies. They use a chicken as the mascot because chickens are a symbol of fertility and the new life of spring.

French children are told a unique story as to how the colourful eggs appear across the country. In France, no church bells ring from Good Friday to Easter Sunday. To explain this, children are told that the bells fly to Rome on Friday and return on Sunday. In Rome, the bells are blessed and as they fly back to France, they drop chocolate eggs and other sweets over the villages for children to find.