Close X
Home/Belfast/The Wonders of the Festival of Fools in Belfast, Northern Ireland

The Wonders of the Festival of Fools in Belfast, Northern Ireland 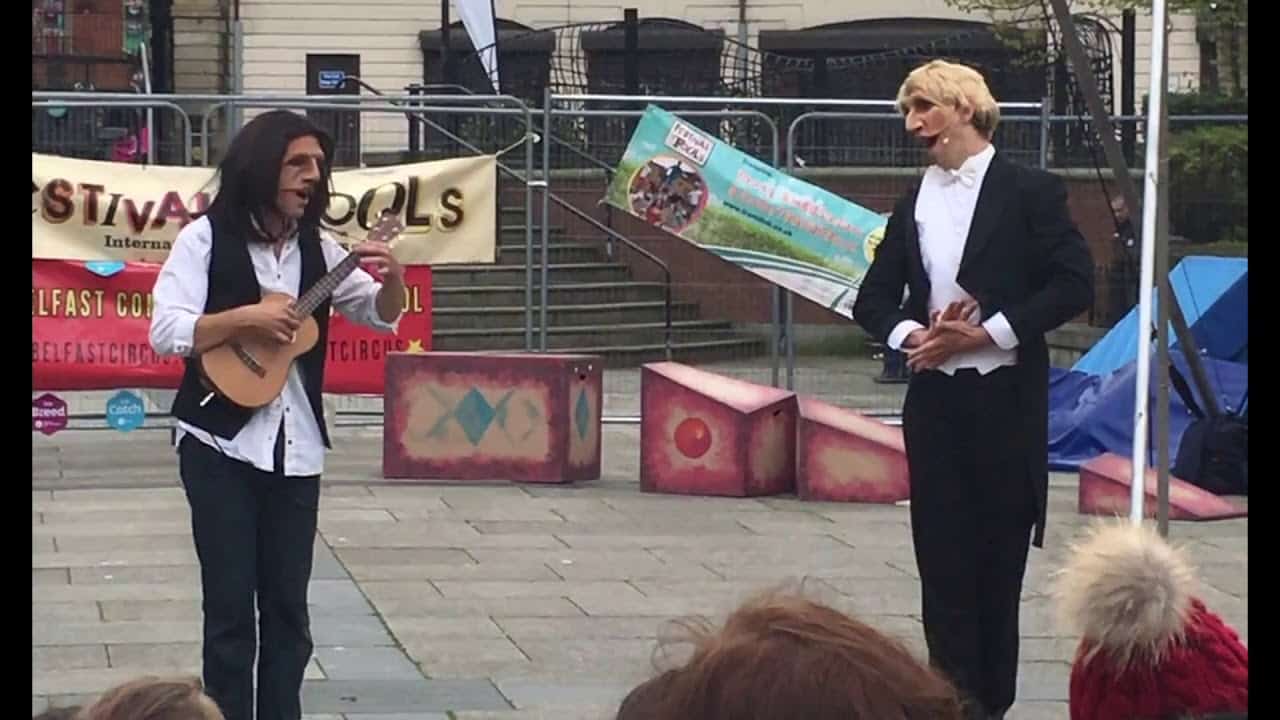 Festival of Fools in Belfast, Northern Ireland, is one of those great fun-filled events of the year. Where you’ll be mesmerised about the talents performing in front of your own eyes. Around 40,000 people take to the street of Belfast to enjoy the various events offered.

This year’s Festival of Fools in Belfast will be held from Saturday, May 4 to Monday, May 6 2019. Where different free street-style performers from different parts of the world will come to perform. There will be a variety of talents coming to Belfast City Centre including shows like acrobatics, circus acts, clowning and astounding tomfoolery.

The main aim of the Festival of Fools is to build an international reputation for presenting some of the finest and funniest street shows that will tour the world. This event allows people to watch and attend for free. Since they are mostly held in open spaced areas around Belfast’s City Centre.

There were also different theatre companies and performers who delivered amazing comedy shows from all over the world. As well as locals from Ireland and Northern Ireland. Many of the other talents groups cames from Spain, Italy, Netherlands, France, USA, Argentina and more.

So Much Talent at The Festival of Fools

There were many unique shows which we got the chance to attend last year in 2018’s fun festival. Such as ‘Bittersweet’ which was presented by the Umami Dance Theatre that brings both Spain and France together. We also attended Dan Holzman show, he’s from the USA and we saw all those different tricks which he was doing. We were thrilled something would slip down from his hands. Another great act by Jamey Mossengren from the USA who is the World Champion Unicyclist and amazed everyone with his tricks. One of the best things we got to experience was the open-air theatre that was free.

The Beginning of Festival of Fools

Belfast Festival of Fools started its journey back in 2004 and it’s now an annual street festival that includes different performances from around the world. The Festival of Fools is free of charge, no booking required since it is usually held in the streets. Audiences can pay at the end of the show if they enjoyed it, and the proceedings will go into the funding of the next year’s event.

It was the late Belfast Community Circus School director Will Chamberlain who came up with the idea for the festival. He believed passionately in the power of street theatre and laughter to bring people together regardless of background, religion or language, and indeed he was right. The first Festival of Fools was held in Cathedral Quarter in Belfast at a time when the area was a far cry from the bustling cultural centre it is today, leading the way in the regeneration of the north inner city. Now, in 2019, the Festival is continuing to celebrate laughter, slapstick and physical theatre despite threats of retail development, an unsettled political environment and funding constraints.

Festival of Fools is a great festival to check out and be part of experiencing world-class talent that the whole family would enjoy. We highly recommend visiting this festival if you’re here when it is on. Belfast also has many great events and festival on throughout the year that you should watch out for!

Have you ever been to Festival of Fools in Belfast? Or are you planning to go next year? We would love to know!

Also, don’t forget to check out some of our other blogs that you might like such as Culture Night, Belfast Spring Continental Market, Commercial Court in Belfast, Belfast Food Festival, Best Bars in Belfast, St. Georges Market, Ultimate Guide to Thing to do in Belfast.