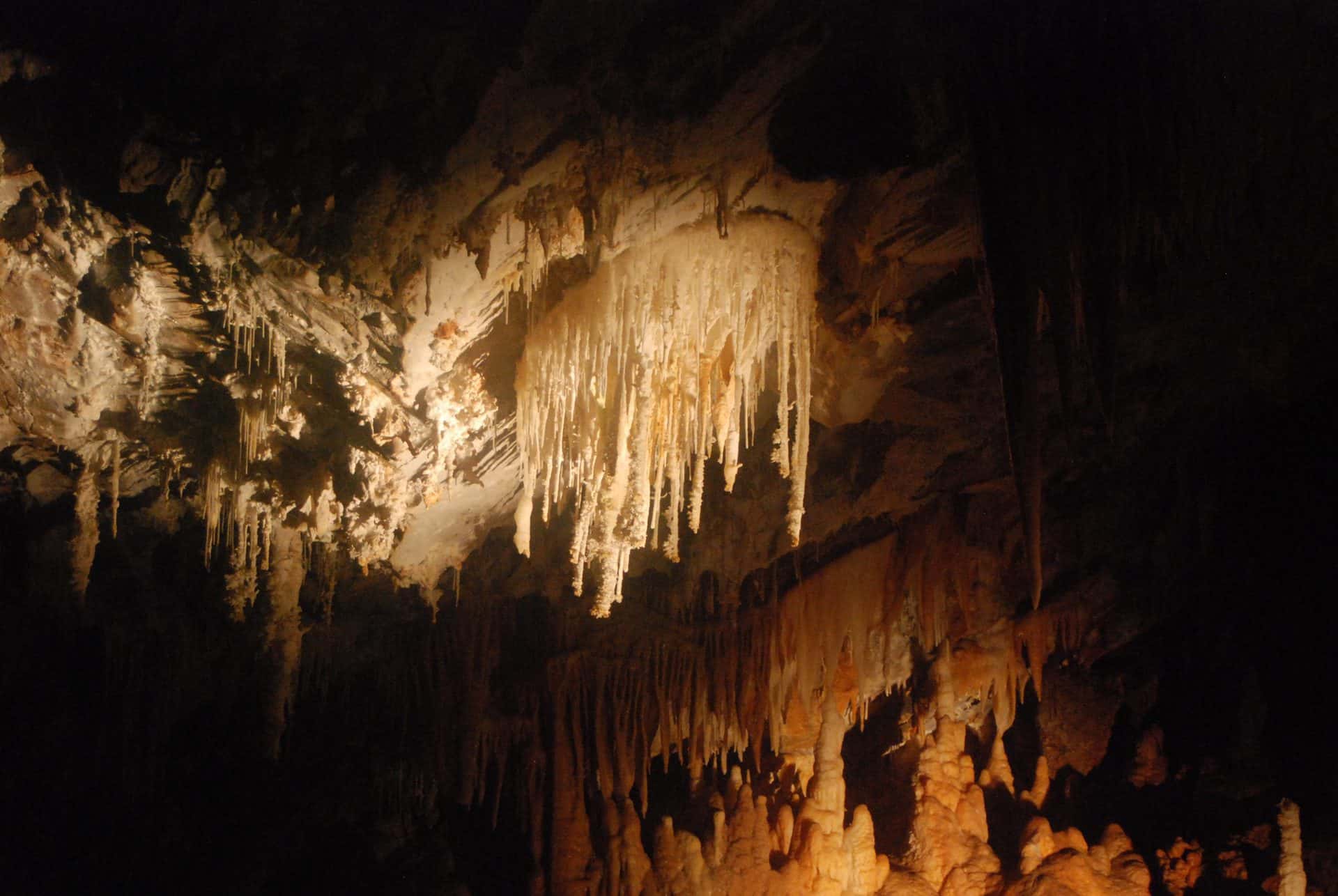 County Fermanagh in Northern Ireland, often referred to as Lakeland Paradise, is home to many gems, including Enniskillen Castle Museum, Devenish Island, and Florence Court House, but among the most unique are the Marble Arch Caves.

Described as “beautiful”, “magical”, and “unforgettable” by locals and tourists alike, the Marble Arch Caves are located in the scenic foothills of Cuilcagh Mountain, near the small village of Florencecourt. They are a series of limestone caves and they get their name from the natural limestone arch at the upstream end of Cladagh Glen, under which flows the Cladagh River. The river above the caves emanates from the largest karst resurgence (terrain characterised by caves, barren, rocky ground, sinkholes, and underground rivers) in all of Ireland, and is amongst the finest in Britain, and the Marble Arch Caves themselves are the longest known cave system in Northern Ireland.

County Fermanagh’s impressive abundance of rivers and lakes enables the Marble Arch Caves to be possible. The caves are formed from three rivers draining off the northern slopes of Cuilcagh mountain, which merge underground to form the Claddagh.

A Brief History of the Marble Arch Caves

The Marble Arch Caves are millions of years old. The caves are home to mudstones, limestones, sandstones, and shales, which date back to the Carboniferous period roughly 330 million years ago.

The Marble Arch Caves were already a relatively well-known tourist attraction by the end of the 1700s. In his book A Natural History of the Parish of Killesher (1732), the Anglo-Irish Reverend William Henry noted the cave’s unique features: “the arch over my head was 20 feet high, continued with a little landing for 100 yards to the other great pit, by the light of which I could observe the river flowing gently along…”.

Serious underground exploration did not occur, however, until Édouard-Alfred Martel, a Frenchman who is often cited as the father of modern speleology (cave exploration), and Dublin-born zoologist Henry Lyster Jameson ventured into the Marble Arch Caves in 1895. Guided by candlelight and sticks of magnesium flares in nothing more than a small canvas boat, the pair discovered over 1000ft. of naturally forming underground passages, the intersection where the three rivers that make the caves possible meet, and the Cradle Hole, an enormous sinkhole a quarter of a mile south-west of the caves. In awe of their discovery, they quickly drew a map and various sketches of their surroundings. They made a particular note of the pool chamber.

The Caves were explored further in 1908 by Englishmen from the Yorkshire Ramblers’ Club, the second oldest mountaineering club in the United Kingdom. After successfully tracking Martel and Jameson’s route in 1907, the group returned the following year and discovered the Great Boulder Chamber, which they found by lowering themselves into a pothole, and a new, safer route to the cave’s pool chamber. The Yorkshire Ramblers’ Club were also keen to investigate the cave’s hydrological (study of movement, management, and distribution of water) connections. Utilising dye tracing (a way of tracking and tracing flows using dye as a tracer when added to liquids), the Club realised that the Aghinrawn River sink at Monastir cliff, via Upper Cradle Hole Cave was linked to the Cladagh Glen resurgence, opening up the possibility of creating a connected passage for future visitors. Members of the Yorkshire Ramblers’ Club returned several more times over the years, discovering a seemingly bottomless lake deep with the caves and confirming more connections between the cave’s passages.

The caves were explored further in the late 1960s. Divers Dave Cobley and Mike Boon discovered what was christened Skreen Hill 2, a 600ft section of river near Sump 1 in Skreen Hill passage, and Legnabrocky Way, a half-mile long inlet passage which currently holds the title of the largest passage in the Marble Arch Caves.

The 2100ft long Skreen Hill 3 was discovered in 1967 by divers William Frakes and John Ogden, which they described as a “magnificent stream passage”. While the discoveries were being surveyed by scientists, it was reported that Frakes and  Odgen, and other members of their team, had died in a tragic accident in the Mossdale Caverns in Yorkshire. To commemorate them, many features in Skreen Hill 3 are named after them.

By the 1980s, the tourist board of County Fermanagh oversaw development of the caves so people could visit them. Accessibility and safety was their top priority; concrete walkways, iron safety barriers, staircases, and electric lighting were installed, alongside boat access for other scientific explorers as well as tourists. A visitor centre and carpark were also established. The Marble Arch Caves opened officially to the public in 1985.

It is believed that the caves were once home to the Giant Irish Deer, which went extinct around 11,000 years ago.

The Marble Arch Caves earned European/Global Geopark status in 2001, making it the first park in the UK to be recognised by the European Geoparks Network. By 2004, the park became part of the Global Network of National Geoparks (GGN) scheme, and by 2008 the park’s borders had extended into Ireland’s County Cavan, making it the world’s first international Geopark.

The Marble Arch caves have had over one million visitors since its opening in 1985, its beautiful subterranean world attracting tourists from all over the globe, and is the most active show cave in the UK and Ireland.

Inside the caves, visitors traverse the magical caves guided by passionate experts, described by visitors as “extremely knowledgeable”, who share stories of those who first explored the caves and the incredible discoveries they made. The electric lighting and natural sounds of cascading waterfalls enhance visitor experiences by creating a magical atmosphere full of awe and wonder. More recently, the Marble Arch Caves have become part of Northern Ireland film tourism, with scenes from the highly anticipated Game of Thrones sequel being filmed there.

The tour is 75 minutes long, is suitable for any age group, and is affordable, with family, student, and senior concession deals available. Visitors should note that the guided walk is 1.5 km and at the end visitors are required to climb 154 steps.

Bayt Al-Suhaymi: Discover the History of this Historical Location