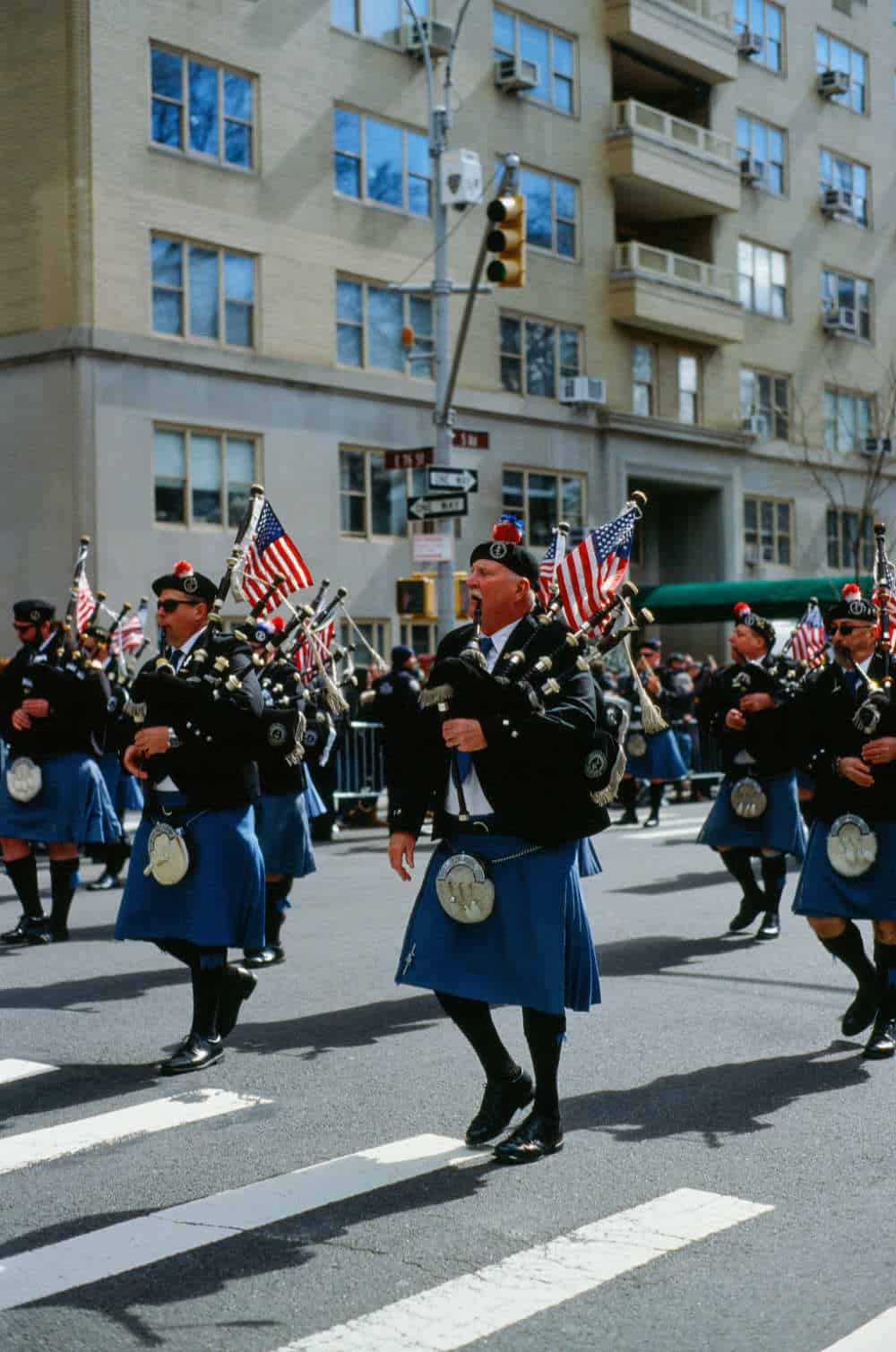 Since the 17th century, St. Patrick’s Day has been a huge holiday for Ireland, and eventually, the world. Today, it seems that all of the countries have their unique way to go green in celebration of Ireland’s national holiday. Travel around the world with us as we look at how 7 different countries honour St. Patrick.

Even though St. Patrick’s Day is the national holiday of both Ireland and Northern Ireland, celebrating the holiday only became commonplace during the 20th century. There certainly are celebrations such as parades, traditional meals, and drinking beer.

In Belfast, the capital city of Northern Ireland, the streets are flooded with parades, live music acts, and Irish dancing. All throughout the day and evening, pubs are full and bustling with partygoers as they celebrate with a pint. A sea of green can be found as many people dress up in the colour and wear festive accessories, such as shamrock necklaces.

In Dublin, the celebrations are even more expansive. The city has a celebration that lasts 5 days full of partying and other activities! From the 15th to 19th of March, Ireland’s capital celebrates with parades, traditional Irish dancing, music, and other live acts. Also during this time, the city of Dublin hosts a 5k road race for those who are up for the challenge.

Throughout Ireland, smaller towns and villages will also be celebrating in honour of St. Patrick. No matter where you are on the island, you’ll find good times on St. Patrick’s Day!

While you may not think Germany would have large St. Patrick’s Day celebrations, one of Europe’s biggest St. Patrick’s Day parades is held in Munich. Germans began celebrating the holiday in Munich in the 1990’s and the party goes until the early morning hours on the 18th of March. If you find yourself in Germany on St. Patrick’s Day, you can expect to see parades in the cities, Irish pubs at capacity, live musical acts, and many people wearing green to honour the holiday.

Apart from the standard celebrations of parades and drinking, Germany also goes green in a different way. The Olympic Tower and Allianz Arena in Munich are both lit up green for the occasion. Each year, different buildings participate in going green, which leaves Munich in a green glow throughout the evening.

While St. Patrick has become a symbol for Ireland and its people, few know that St. Patrick himself was actually Italian! St. Patrick was born in Roman Britain and did not step foot in Ireland until his teenage years. Even though Italy does not widely celebrate St. Patrick’s Day, if you’re there over the holiday you can easily find some green beer or Irish whiskey.

Irish pubs across the country will be full of people celebrating on 17th March. Many bars will have live music entertainment, beers dyed green, and guests covered in green clothing and accessories. Furthermore, some cities in Italy host concerts, bike parades, and even candlelight processions to celebrate. So, if you find yourself in Italy on St, Patrick’s Day, pay homage to the Saint by having a pint and some pizza!

In the United States of America, cities across the country celebrate with parades, live performances from musicians and dancers, and more. In fact, it was in Boston, Massachusetts in 1737 that the first ever St. Patrick’s Day parade took place. Just shy of 30 years later, New York City joined in on the party by hosting the second recorded St. Patrick’s Day parade in the world. Since then, many cities have adopted the celebration, and cities like Chicago and New York City now host some of the largest parades in the world, bringing in millions of spectators.

Irish people began immigrating to the United States in the 1700’s, with a large boom of over 4 million Irish people moving to America between 1820 and 1860. In fact, Irish is the 2nd most common ancestry in the United States, just behind German. The Irish population of America is mostly concentrated in the north eastern states, such as Massachusetts, Pennsylvania, and Virginia. But, there is also a large population of Irish immigrants and their descendants in cities such as Chicago, Cleveland, and Nashville. With this information, it is no wonder that America is home to such big St. Patrick’s Day celebrations!

One of the most iconic St. Patrick’s Day celebrations in the United States is the dyeing of the Chicago River. The tradition began in the 1960’s, and since then, the Chicago River has been transformed into an emerald sea every year on St. Patrick’s Day. Other than this, many cities across the country host parades that feature Traditional Irish music and dancing, as well as highlights the achievements of the Irish Immigrants that now call the United States home. No matter where you are in America on St. Patrick’s Day, you will see people celebrating in the city streets and drinking green beer. If you’re a night owl, you can even watch the city skylines turn green as buildings light up for the occasion!

Australia has a lot of history with the Irish people. The Irish were one of the first Europeans to inhabit Australia, and Irish people made up a portion of the convicts that the British sent to Australia in the 1700’s. Furthermore, many settled there after fleeing the Irish Famine. Today, it is estimated that around 30% of people in Australia have Irish ancestry.

In large Australian cities such as Melbourne and Sydney, there are parades that run through the city’s streets full of people wearing green or traditional Irish clothing. Once the parades are finished, many Australians head to Irish pubs for drinks and live music.

Perhaps unexpectedly, St. Patrick’s Day celebrations are growing in popularity in Japan. Every year, the city of Tokyo hosts a St. Patrick’s Day parade as well as an “I love Ireland” festival. In 2019, a record breaking 130,000 people attended these events. Even though Japan is one of the farthest countries from Ireland, the two countries share a strong bond. The Japanese government sees many similarities between Japan and Ireland, and uses St. Patrick’s Day to celebrate the friendship between the countries.

If you happen to find yourself in Japan on St. Patrick’s Day, you can watch the parades of Japanese step dancers, singers, and even GAA clubs as they promote Irish culture. Here, everyone dresses in green and celebrates the holiday as well as the connection between Ireland and Japan.

Neuschwanstein Castle: the Mysterious History of Germany's Most Popular Castle