The Palace of Prince Naguib Hassan Abdallah: The Last Mamluk Prince in Egypt 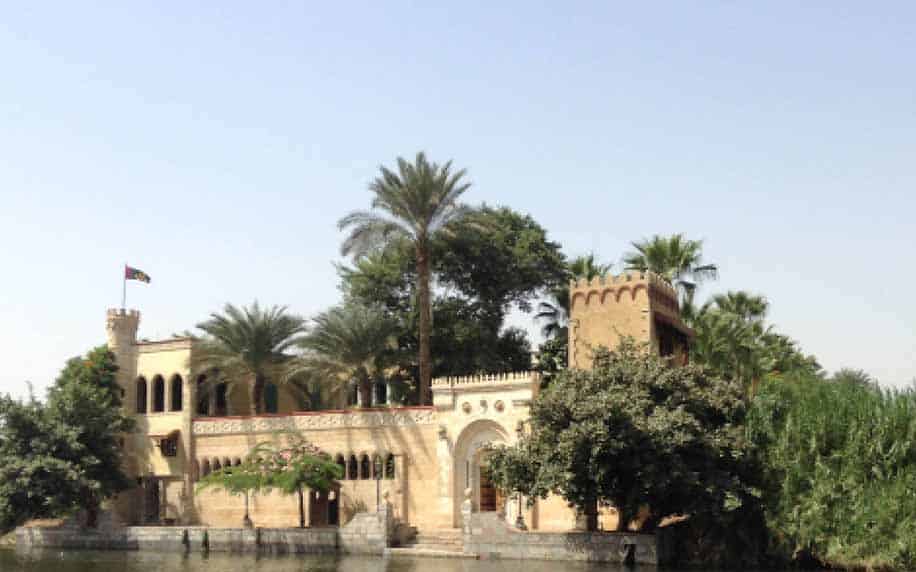 The city of Cairo, Egypt has so many unknown gems that tourists may not be very aware of, which makes them all the more interesting. One of these gems is the Palace of Prince Naguib Hassan Abdallah, the last remaining Mamluk prince in Egypt.

The Mamluks ruled Egypt from 1250 to 1517 until the Ottoman conquest that took over the country. The Mamluk dynasties left behind a multitude of artefacts and landmarks that have captivated the interest of Egyptians and foreigners alike, especially the architectural designs that were established during their reign. They built numerous mosques and palaces in Egypt that is still around to this day.

Dahab Island (or the Island of Gold) is an island in the Nile south of Roda Island and near Qorsaya Island and is accessed by ferry.

This little-known royal island is home to the palace of Prince Naguib Hassan Abdallah, a grandchild of Circassian and Mamluk royal families. Although he grew up abroad, in France and Switzerland, Prince Naguib always wanted to return to Egypt and build his home there. So, in 1994, he bought the land on which the palace now stands and the project took 15 years to complete, during which the prince lived under a tent to oversee the work.

The Prince’s intention was to build a home secluded from the hustle and bustle of city life that also maintains elements of Egyptian heritage and history. He was able to recreate the Mamluk architectural style in his own home, creating a beautiful household admired by many.

The growing interest in this palace led the Prince to open it to the public. The castle or palace is now regularly visited by architecture students from Egypt and abroad who are interested in learning about the revival of Islamic architecture. The Prince made sure that every corner of the Palace was built by Egyptians using materials and decorations from Egypt.

The palace is also filled with antiques from different historical eras in Egypt as well as many paintings and honorary medals and decorations owned by the Prince’s family, including his great grandfather Prince Hassan Sharkas Abdallah, the military general who fought many battles against Napoleon Bonaparte during the French Conquest in Egypt.

Spend the Night in a Castle – like a Prince!

Nowadays, the palace receives guests who wish to stay in its spacious bedroom with its ensuite bath. Guests are provided with a stylish breakfast every morning that they can enjoy on their private Nile terrace.

Couples can also book the palace for and ask them to up a private romantic dinner along with a boat ride along the Nile on either a private boat or traditional felucca.

The palace is a perfect mix between heritage and modernity, with its vintage elements intermingled with modern-day conveniences such as Wi-Fi and other appliances to make your stay as comfortable as possible.

It is now available for booking on Airbnb and if you are only looking for a short visit, you can contact the management and they will inform you of the available dates for your trip.

After experiencing the splendour and world of Prince Naguib Hassan Abdallah, be sure to explore these other incredible experiences around sunny Egypt. We have the Stunning Muhammed Ali Palace in Shubra, the history of Alexandria, the Mosques in El Moez Street, one of my favourites – Saladin Citadel and Muhammad Ali Mosque, and other things you have to consider when visiting Egypt. Most of the items we list here do not require a boat trip like Dahab Island Palace, but if in Egypt and beside the Nile – you have to travel on the water!