The Stunning Muhammed Ali Palace in Shubra – 5 Facts and More 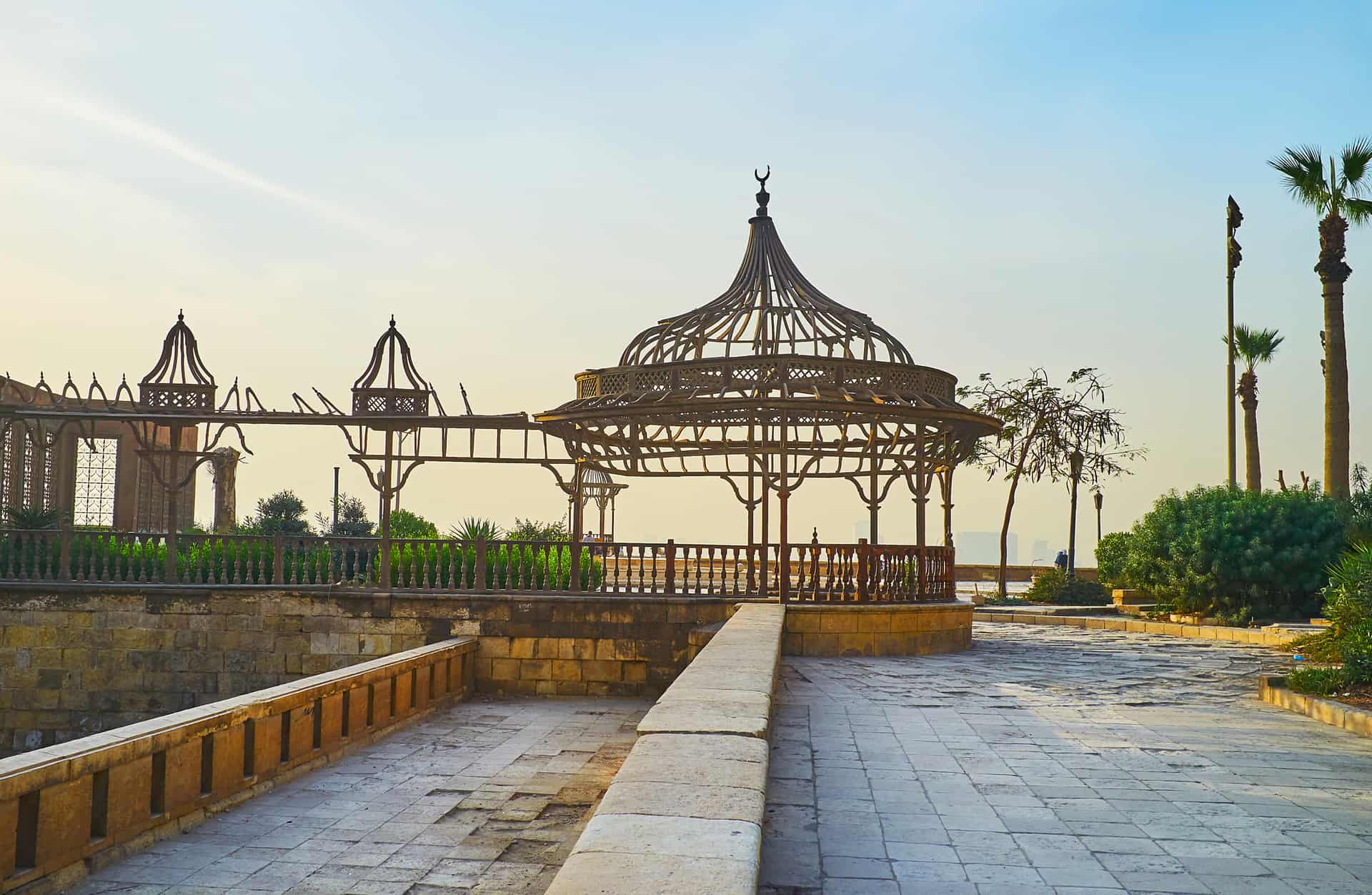 Egypt is an amazing destination for those who are fond of unraveling the secrets of the past.  It embraces more than a few historical landmarks that most of the passionate travelers sought after.

The Muhammed Ali Palace is one of Egypt’s most significant sites that should be considered during your visit. Not only does it reveal a great story about one of Egypt’s influencing rulers, but also it unfolds the secrets of a whole dynasty of which the country had gone through.

The Reign of Muhammed Ali Pasha

Muhammed Ali Pasha was one of Egypt’s most prevailing rulers throughout history. He took power during the civil war that took place in Egypt between three different parties: the Ottoman Turks, the Albanians, and the Mamluks of Egypt.

The war lasted for almost four years; from 1803 until 1807. As an Albanian himself, Muhammed Ali managed to take over the authority of Egypt in the midst of the war period. After announcing himself as the new ruler of Egypt in 1805, he significantly contributed to the expansion and the developments of the country.

There are lots of buildings that have been constructed during the reign of the Muhammed Ali dynasty, including the Alabaster Mosque, the palace, and more.

Egypt had been through one of its prosperous periods during the the reign of the Muhammed Ali dynasty; he was a prevalent ruler who succeeded in sending Egypt up to the world of modernism. The whole community of Egypt along with its rationalized economy notched up to a whole new level during Muhammed Ali’s reign.

His reign was a span fully dedicated to bringing the European advancements to the land of Egypt. In order to turn the objective into reality, he sent most of the Egyptian students to study abroad and professionally trained the military.

His reign was also the best span in which Egypt’s education and health were at their finest. Schools and hospitals were built up by the most educated Egyptians as well as the Europeans, giving opportunities for everyone to get educated and have a decent life.

The Magnificence of Muhammed Ali’s Palace

It is true that Muhammed Ali’s dynasty was an ultimate span in Egypt’s history. He had positively influenced the country in so many ways. His impact had lasted for as many years and his name is still remembered until this day. On the other side, Muhammed Ali’s developments that took place in Egypt were one thing while contributing to constructing the country was another.

He had contributed to the establishment of more than a few buildings within the land of Egypt. Muhammed Ali’s palace may be one of the most prevalent ones; however, there are several other buildings that kept his name reviving.

The Palace was the official residence. It is located in Shubra El-Kheyma- a district that lies in the north of Bulaq and it was far from the previous seat of government by then.

The palace exists in the surrounding area of the Mukattam Hills. By the time of the palace’s construction, the district of Shubra was still a void area. That makes the palace one of the very first significant constructions that Shubra has ever witnessed. Probably, it was a point of attraction that gave the district the opportunity to observe urban developments. Shubra has transformed into a residential area thanks to the palace.

At the beginning of the establishment, the district was an agricultural area that possessed an elegant palace. However, it changed into a sophisticated suburban area and then to one of the most crowded zones around Cairo and top tourist attraction as well.

The Story of Muhammed Ali’s Palace

The Palace is a magnificently huge structure that covers almost 150 acres. Its construction had lasted for almost a century. It started out during the early years of his ruling span and its full completion took place by 1922. The external appearance of the palace resembles that of the Turkish styles; it embraces a European-Turkish style as requested by Muhammed Ali Pasha. The designers were Armenian and Turkish; probably, he hired them to make sure they were fully aware of the dimensions of his inquiry.

Although the palace’s architectural style adopts a European influence, the interiors have mixed styles ranging from European and all the way to Oriental. In the beginning, the palace consisted of thirteen different buildings- no wonder it covered about 150 acres. However, today’s palace looks a lot different than it used to be, for there are only three buildings left out of them.

The palace had been originally the residential house of Muhammed Ali Pasha. Above and beyond, it also served as a guest house for the foreign ambassadors and royal family members.

The interior of Muhammed Ali’s palace was full of ceilings that contain more than a few decorative designs. This includes floral patterns and several portraits of Muhammed Ali Pasha as well as of his own son. What makes the internal decorations captivating is the fact that there is a blend between the European and Islamic approaches. Seemingly, Muhammed Ali was keen on showing both worlds- the one he came from and the one he had ruled.

Remarkably, this fascinating palace was the very first building that used an electric lightening system in Egypt. It was the construction that introduced Egypt to one of the most enthralling innovations of the modern world for the first time.

The Brilliance of the Glorious Water Element

Besides all of the superb architectural structure that the Muhammed Ali’s palace holds, there is more than just its appealing sighting that makes it that marvellous. Muhammed Ali’s palace depended on using the magic of the water element. The palace contains a wide pool that provides an exquisite reflection, giving the palace an unrivalled sight to behold. Around the pool, bronze barriers cover the windows that overlook the splendid reflection of the water.

Muhammed Ali built a water wheel tower inside the palace; it is the most ancient structure inside the palace. The waterwheel tower sits in the middle of gardens that were laden with fruits and vegetables. Above and beyond, it consists of four water wells that helped in lifting the water by using machines. Despite the norm of the Egyptian culture, the waterwheel broke the tradition of using animals for lifting and used machines instead.

The Fountain Villa is another water-based structure that you will enjoy witnessing in Muhammed Ali’s palace.  This structure sits in the middle of the gardens that are all over the palace. A French designer who happened to be a close friend to Muhammed Ali was the one responsible for this villa. It consists of vessel-shaped structures that contain more than a few doors in front which there are marble steps. Each step in front of the doors leads to a different fountain within the villa.

The Fountain Villa contains halls that supplement its extension. These halls are splendidly decorated with astonishing embellishments. One of these halls has its ground furrowed with Turkish Walnut trees wood. It is called either the Walnut Hall or, simply, the Salon and it is, definitely, the most premium among all of them.

As the most prevalent ruler of Egypt, he managed to build a lot of other constructions during his reign. Muhammed Ali’s palace was not the only contribution of development that Muhammed Ali made. He managed to bring up several other buildings that are as quite fascinating as the palace.

Both the mosque and the citadel are some of Egypt’s most famous attractions along with Muhammed Ali’s palace. The reason behind the construction of the Great Mosque of Muhammed Ali Pasha was the death of his son. After his eldest son, Tusun Pasha, kicked the bucket, Muhammed Ali constructed that mosque in his memory.

The mosque has been around since 1816. It had definitely undergone several renovations until it became what it is today. This mosque has easily become a landmark, for it holds a large portion of Egypt’s history. Above and beyond, the location of the mosque is one more factor that helped in making it a targeted destination for the tourists in Cairo.

Muhammed Ali’s buildings had expanded to include one more palace. Al-Gawhara palace was it; Al-Gawhara means the Jewelry in Arabic. Muhammed Ali built up during the first decade of his reign; in 1814. Just like most of Muhammed Ali’s buildings, the palace embraces several cultural influences. Different artists from different cultural backgrounds, including Turkish, Greek, and, of course, Albanians had designed the palace.

For all the travel bugs out there; if Egypt is your next destination, don’t miss out on visiting Muhammed Ali’s palace and witnessing its exquisiteness.

Have you ever visited Muhammed Ali’s Palace in Shubra? Let us know your thoughts in the comments below.

The Splendor of the History of Alexandria

Behold the Beauty of Nature in Cairo’s Orman Garden