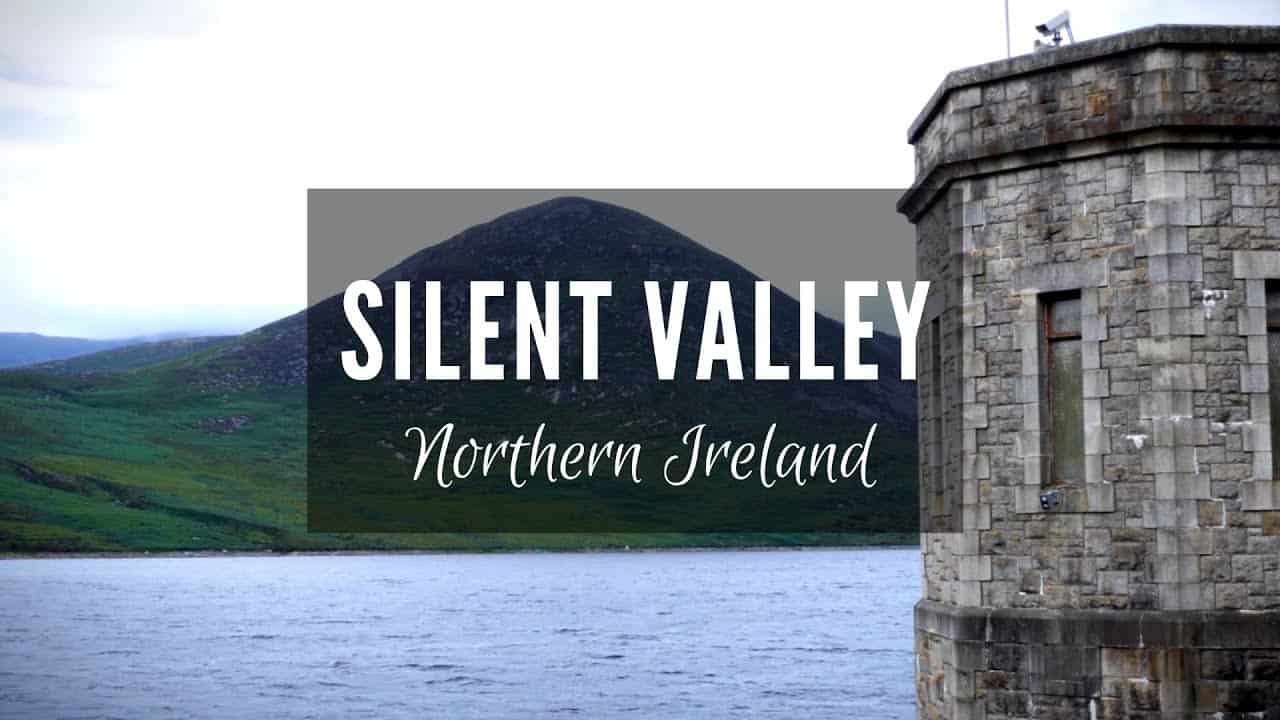 Deep in the heart of County Down, an area known as Silent Valley lies nestled between the Mourne Mountains. Silent Valley has breathtaking views over its impressive reservoir that serves the people of County Down and an extensive area of Belfast. With an impressive dam that spans between the hills, the Silent Valley reservoir is uniquely placed in a mountain park and has become an important part of a Mournes hike for locals and travellers alike. For a picturesque view of the Down coastline, Silent Valley, Northern Ireland is a mandatory venue.

The Silent Valley Reservoir was designed to retrieve water from the Mourne Mountains. Residing within the Mourne Area of Outstanding Natural Beauty, Northern Ireland Water has provided a visitor centre and restaurant with conference and education facilities attached in cottages that adhere to the area. With over 50,000 people a year visiting the mountain park to experience the serene landscapes and the incredible Silent Valley Dam, varied and numerous walking routes have been tailored for all circumstances. The major Silent Valley walk in the Mountain Access trail, but the Ben Crom and Nature trail is accessible for all abilities including wheelchairs and prams. The Silent Valley Reservoir and Mountain Park is easily accessed with car parking available for a small price. Close to Kilkeel in County Down, the area is considered one of Northern Ireland’s national treasures.

Hydrating a City: The Origins of the Silent Valley Reservoir

After Belfast’s industrial growth due to linen production, people were moving into the city in their droves. Due to this unprecedented growth, the water supply of the city was becoming a concern for the local authorities. The engineer responsible for sourcing this well was Luke Livingston Macassey. After surveying multiple sites, the Mourne Mountains was selected as the perfect option for water. With high rainfall and impressively clean water, Macassey recommended this area as the perfect option for the reservoir. After the relevant water commissioners agreed on this space, they secured a 9,000-acre space to build the reservoir and subsequent dam. Incredibly, the area was able to provide 140,000m3. This was surplus to requirements and a plan was put in place to utilise this excess. Water was diverted from the Kilkeel and Annalong to a reservoir in proximity to Carryduff. A second storage reservoir was built across the Kilkeel river, capable of supplying 45,000 m3 of water per day. Finally, plans were made to build another storage reservoir in Annalong, but there were issues related to the building of the second dam in Silent Valley. Later, the early 1950s, this water source was utilised by building a second dam at Ben Crom, a mountain further up the valley. This became the Ben Crom Dam, another water source. The Silent Valley Reservoir saw over 1000 men work on it with nine deaths during the time it took to complete it. A ten year period, between 1923 to 1933, saw the Silent Valley Reservoir built, a resource that still benefits the people of Belfast and County Down to this day.

An iconic part of the walkthrough the Mourne Mountains is the Mourne Wall. This impressive craftsmanship was constructed using natural granite stone and built via traditional dry stone walling. Spanning an incredible 22 miles, it passes over 15 of the Mournes’ summits and is used as a marker by many people embarking on a hike. It took 18 years to build the wall (between 1904 and 1922). Since then, this area protected by the Mourne Wall and has stood the test of time – monumental considering it was built entirely by hand.

Under the Mournes: The Binnian Tunnel

Under the majesty of Slieve Binnian, a tunnel runs for almost three miles, from the Annalong valley to the Silent Valley Dam.  Despite being built in 1933, it took 14 years to see the tunnel’s purpose reach fruition. It lay dormant due to the surplus water supply, but due to Belfast’s growing demands caused by an increasing population, the tunnel was revisited as a necessary part of supplying water to the people. Work began in 1947 to bring water into Silent Valley and took until 1951 to be completed. The tunnel’s entry begins at Dunnywater and it exits on the roadside close to where NI Water has set up a Visitor Centre for the mountain park. The Binnian Tunnel has been operational since 1952 and is still in use today.

The Silent Valley Reservoir wasn’t the original space intended for the storage of water. In 1894, the Spelga Reservoir and Dam were constructed as a means to supply water to the people of Belfast. Situated in the townland of Spelga, between the Mourne Mountains, it sits 1,200 feet above sea level. Redeveloped between 1953 and 1957 for actual use, issues arose when they realised that the dam was sinking. This was caused due to pouring concrete too close to the bedrock. Once this was resolved, building resumed and was completed in 1957. The areas surrounding Portadown and Banbridge receive their water from the Spelga Reservoir and has a healthy wild trout population.

Valleys A Plenty: The Hills of County Down

The Silent Valley Reservoir continues to serve as one of the most beautiful walks in the County Down area. With campsites, caravan parks, and local amenities close by in the neighbouring town of Kilkeel, it is the perfect place to relax and enjoy the breathtaking sights of the local flora and fauna. The Belfast to Kilkeel road is an hour and a half long but well worth the drive for unique views of Northern Ireland’s lush countryside. For more information, check out NI Water’s website or contact them on 03457 440088.