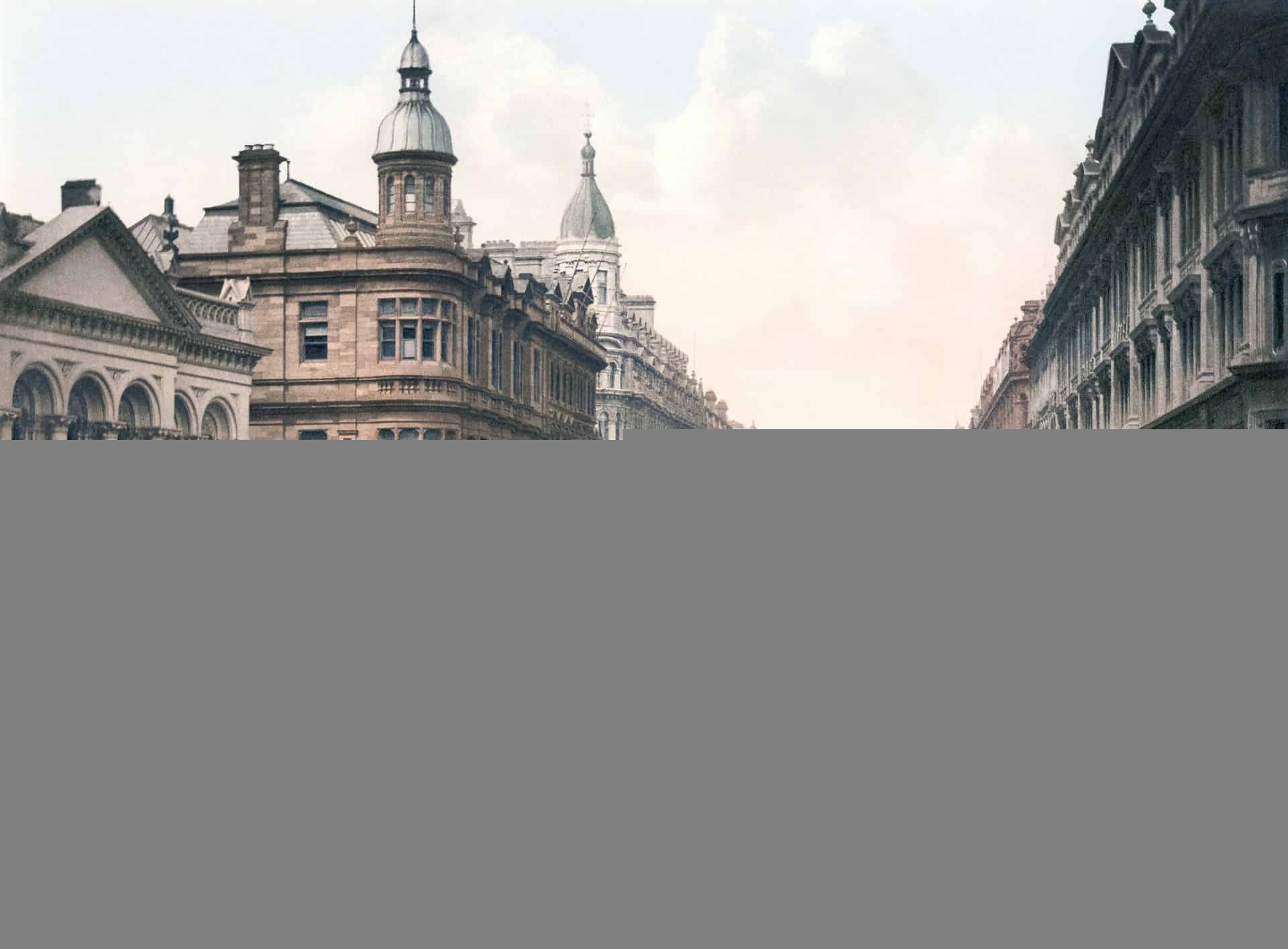 The city of Belfast has been known for many things, among which is the famous Linen Quarter of Belfast. Linen is one of the city’s proudest products, which is something that the city had been nicknamed after – Linen.

Whilst not producing linen anymore, the incredible impact that linen had in the city can still be seen to this day. Belfast’s Linen Quarter is a chic area to visit in a city that is developing and exciting. There are plenty of opportunities to enjoy cultural activities relating to Belfast history, as well as bars and restaurants. Linenopolis is thriving with more than linen.

The Beginnings of the City: The Linen Quarter in Belfast

Belfast became the dominating city of fabric production in the British Isles during the late 1700s. The nickname of ‘Linenopolis’ was bestowed on Belfast due to its flourishing linen trade. Due to the American Civil War, there was a global shortage of cotton, which caused a demand for alternative fabrics.

Despite Linen Quarter now being famous for its bars and restaurants, as well as theater and music, its beginnings were vastly different and contribute to a rich part of Belfast history.  Seizing the opportunity to domineer the fabric industry, Belfast produced and manufactured their linen, which developed industry in the city at exponential levels.

The York Street Mill was claiming in 1856 to be the biggest linen mill in the world and, at the same time, the major linen companies were setting up their offices in the area that would become to be known as the linen quarter of Belfast.

Sing to the Gods: The Grand Opera House

One of Belfast’s top culture spaces, the Grand Opera House hosts an array of events in the theater, opera, dance, and musical world. Designed by the theater architect of the day, Frank Matcham, it opened in December 1895 at the height of Linenopolis. The Matcham Auditorium is now named in his honor, the main part of the theater.

By 1904, it had been renamed the Palace of Varieties, which was not long-lived, as it returned to its original name by 1909. Having a varied career, even serving as a cinema from 1961 to 1972, the building was almost demolished due to diminishing business – an effect of the Troubles.

The director of the arts council at the time (Kenneth Jamison) fought off the calls to turn it into an office block and made it into a listed building in 1974. The building had extensive renovations and reopened to the public in 1980.

Despite being damaged by bombs due to its proximity to the Europa Hotel, the Grand Opera House has gone from strength to strength and is now one of the most popular spaces to see shows as well as being integral to Belfast history.

The Best Pint in the Linen Quarter of Belfast: Crown Bar

When thirst needs to be quenched after a long train ride, the pub opposite Great Victoria Street Station is the Belfast local’s first stop. The Crown Bar has become a Belfast institution, famous for its snugs and warm welcomes.

Having previously been known as The Railway Tavern, it was bought over by Michael Flanagan and refurbished in 1885 to become the city’s illustrious, Victorian gin palace.

The bar is a sight to behold. Within it, elaborate Italian craftsmanship is draped throughout. This is due to workers who had been flown over to work on churches at that time, moonlighting in the bar, creating some of the finest woodwork in the city.

A monument of Belfast history, it was bought by the National Trust in 1978, who extensively renovated it, restoring it to its former glory and also making it a Grade A listed building.

A Belfast landmark, it is leased to Mitchells & Butlers who trade in it today, serving some of the best pints poured in the city.

A Room with a View: The Grand Central Hotel

The Grand Central, which opened to the public in June 2018, is the city’s newest luxury hotel. Its unique selling point is that of its bar – The Observatory. Located on the upper floors, The Observatory has some of the most breathtaking views that Belfast has to offer, showcasing a sensational landscape that even dazzles the locals.

To buy a drink, you are accompanied to the bar with a doorperson, who takes you in the lift to the sky bar. A grand affair, smart dress is expected. Afternoon Tea here is a must as well in this sublime setting. The newest of Linenopolis’s hotels, book online to avoid disappointment.

The World’s a Stage: The Ulster Hall

Affectionately termed the ‘Grand Dame of Bedford Street’, the Ulster Hall was opened in 1862 in all its grand Victorian splendor – a jewel of Linenopolis. A diverse part of Belfast history, it has been a famous music venue, dance hall, and, surprisingly, boxing arena.

1869 saw Charles Dickens read from his most famous novels and by the 1950s we had a local legend, Sonny Liston, fighting in the ring.

In later years, musicians like Johnny Cash, Coldplay, Thin Lizzy, The Clash, The Rolling Stones, Muse among others have played in the hallowed Hall. Considered one of the greatest rock songs of all time, ‘Stairway to Heaven’ was played for the first time in the Ulster Hall as well.

Having been operating for over 150 years, The Ulster Hall is an iconic part of Belfast culture and a vibrant part of the Arts scene. Catch a show here at the Ulster Hall website.

Quenching the Thirst of a City: The Thomas Thompson Fountain

A practical purpose yet serves tribute to the man who built it, the Thomas Thompson Fountain is found at the bottom of Ormeau Avenue – the heart of Linen Quarter.

Built to sustain the refugees who entered the city from the countryside during the famine, Thomas Thompson set up a home for those who had incurable diseases to nurse them with dignity.

The inscription above the fountain reads, “Whosoever drinketh the water that I shall give him…shall never thirst again”. A wonderful memorial to a man who dedicated his life to helping others, and a welcoming monument of Belfast history.

No More Dunking: The Ormeau Baths

When the Ormeau Baths originally in operation, they facilitated the desperate need for sanitation in the local community of Linenopolis. Architecture then did not account for bathroom spaces in working-class communities.

While Ormeau Baths do not serve that function anymore, the historic space is now used as a co-working space and a tech hub for startups. With Root and Branch setting up a coffee shop within it, it has become a loved stop for those wandering around the Linen Quarter.

Stars in Your Eyes: Limelight

A firm favorite among audiophiles, Limelight is the choice destination for musicians and listeners alike. Despite being a mid-sized club, it has attracted the likes of Stormzy, Oasis, Jungle, and The Coral.

Back in September 1994, Oasis were playing the Limelight to find their album had gone to number one. Noel Gallagher said, “I’ll always remember this place with affection. We had a party that night and the audience joined in.

That was the start of our success story”. Now a vibrant part of our music heritage, The Limelight hosts local talent as well as foreign favorites. An important venue in the heart of the Linen quarter, as well as a valuable part of Belfast history.

In a wonderful area teeming with bars and restaurants, among significant landmarks of Belfast history, Linen Quarter has become an important cultural field of the city. One of Belfast’s esteemed spaces, Linen Quarter is taking pride of place with the rest of Belfast’s quarters. Don’t miss it if you visit.

Belfast is such a beautiful city. Have you ever visited Belfast? Let us know your favorite Belfast experience in the comments below.

A Guide To The Delicious Food in Derry