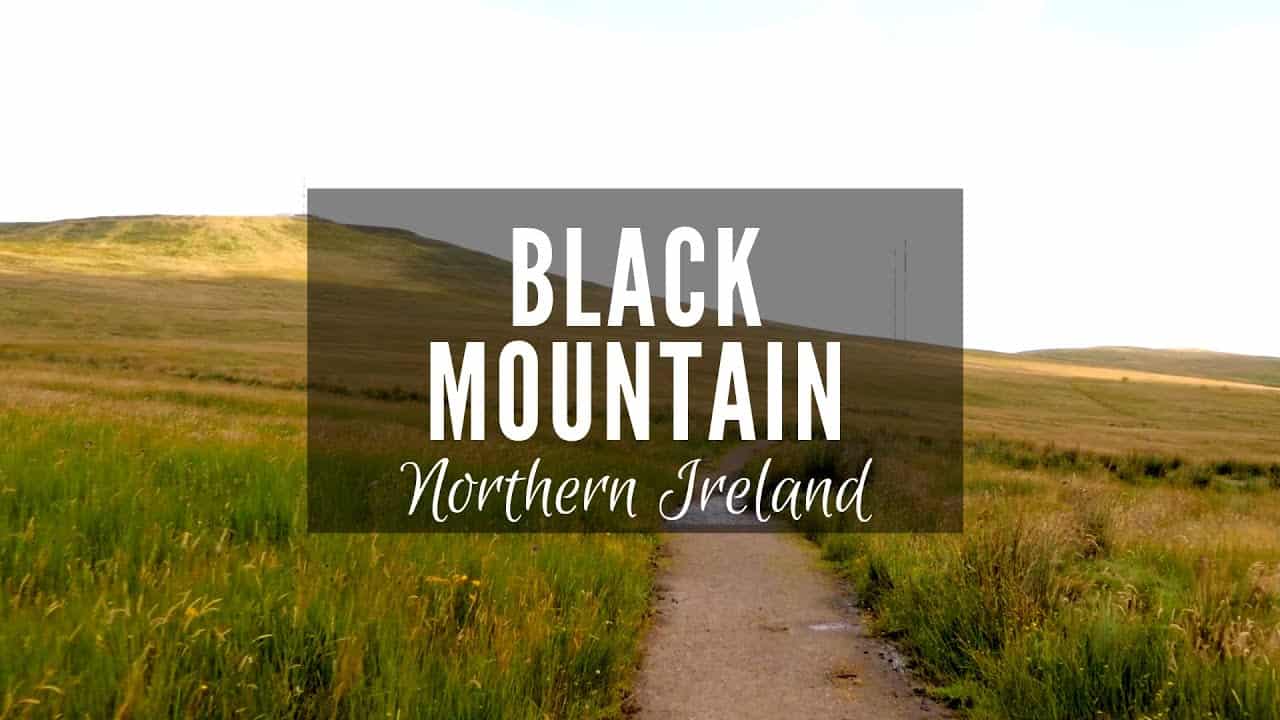 Belfast is known as an industrial city. A city made famous by its linen mills and ships. A landscape that is associated with metal and water. Towering above this powerhouse of manufacturing is a very different visual – the Belfast hills. Black Mountain and Divis Mountain have offered solace for those in the city. The Black Mountain walk and Divis Mountain walk provide picturesque, scenic views over the ‘Big Smoke’ of Belfast. Wonderful walks over a busy cityscape, grab an Ordnance Survey of Northern Ireland (OSNI) map and explore the rolling hills.

The Dark of Belfast: Black Mountain

The smaller of the two hills, Black Mountain is still an impressive height. Reaching 1,275 feet, Black Mountain is resplendent over West Belfast. Composed of basalt and limestone, its makeup is similar to the northern Belfast hill of Cavehill. The two highlights of Black Mountain are known as Hatchet Field and Wolfe Hill. Hatchet Hill, as nicknamed by locals, resembles the outline of a historical hatchet. Hatchet Field is a major part of the trail known as ‘Mountain Loney’. This path is adjacent to Dermot Hill ( a housing estate in West Belfast) and is where the majority of locals and tourists begin their ascent. Wolfe Hill is located on top of Black Mountain. An old police barracks, it was used as the Black Mountain transmitting station in a broadcasting capacity.

Black Mountain is resonant in Belfast’s history. The mountainscape is covered in old trails, homesteads, and farms. With views as far as Donegal and Scotland, it is possible to overlook the Mournes and Strangford Lough as well. Due to its rich rock content, the Belfast hills have been subject to severe quarrying, mostly for the basalt to create road stones. Lobbying is ongoing for the preservation of Black Mountain, and the rest of the Belfast Hills, in the hopes that people can continue enjoying the incredible scenery. As one of the most stunning places to walk in Belfast, the Black Mountain walk is an important part of a Belfast visit.

Not Quite Everest: Divis Mountain

The highest of the Belfast hills. Divis towers over the north-west section of the city. It stands 1,568ft above Belfast and the hill goes as far as the Antrim plateau, similarly filled with basalt, lias clay, and limestone. Divis takes its name from the Irish ‘Dubhais’ meaning ‘black back’ referring to the black basalt that makes up its bedrock. While being a popular walk for locals until the fifties, the Ministry of Defence utilised it as a training space for the army from 1953 to 2005. It was inaccessible to the locals of the area due to it being used as a shooting range for live rounds. It is now under the control of the National Trust who have made it a popular walking route again. There has been speculation as to when the British Army stopped using the space as a training area, as it was a particularly useful vantage point of Belfast during the Troubles.

While not serving a military function anymore, Divis Mountain plays an integral role in telecommunications in Northern Ireland via the Divis transmitting station. This is also the main transmitting tower for the BBC in Northern Ireland. The Divis Mountain walk has also had a touch of Hollywood in it, due to several scenes from Dracula Untold being filmed there by Universal Pictures. Another place to walk in Belfast that has a film connection. Follow an OSNI map, to follow the exact places that were used in Dracula Untold.

Adventure Trails: The Walks of Belfast

Now that the National Trust has taken over Divis Mountain, a loop walk has been specifically designed to enjoy the incredible views of the city and further afield. With OSNI maps updated to include these trails, there has never been a better time to go on a walk.  The National Trust Director-General, Hilary McGrady, describes her favourite running trail as the Divis Mountain walk. She believes following the trail from the Barn towards the Divis masts and along the boardwalk, until you get to the gravel path is the best route to take, as it leads you to the summit of Black Mountain past the Bobby Stone. McGrady remains convinced that this is the best view of Belfast. The route takes you along the Black Mountain walk as well, right along the ridge of Black Hill and by the Colin river. The multiple trails are designed to be accessible for all abilities and breathe a new perspective into the city.

Growing ever-popular with tourists and locals alike, the Black Mountain and Divis Mountain walks have become an important part of Belfast’s sights. With breathtaking views of the whole country, it’s not just the walking trails that have made this an exciting area to explore. Belfast cycle routes have been mapped over the mountain, as well as mountain biking routes for those who enjoy the challenge of the ridge summit. It’s easy to see why the area has become one of the top places to walk in Belfast. For a more challenging hike, collect an OSNI map and embark on a different type of adventure in the city.