15 Great Mountains in Egypt You Should Visit 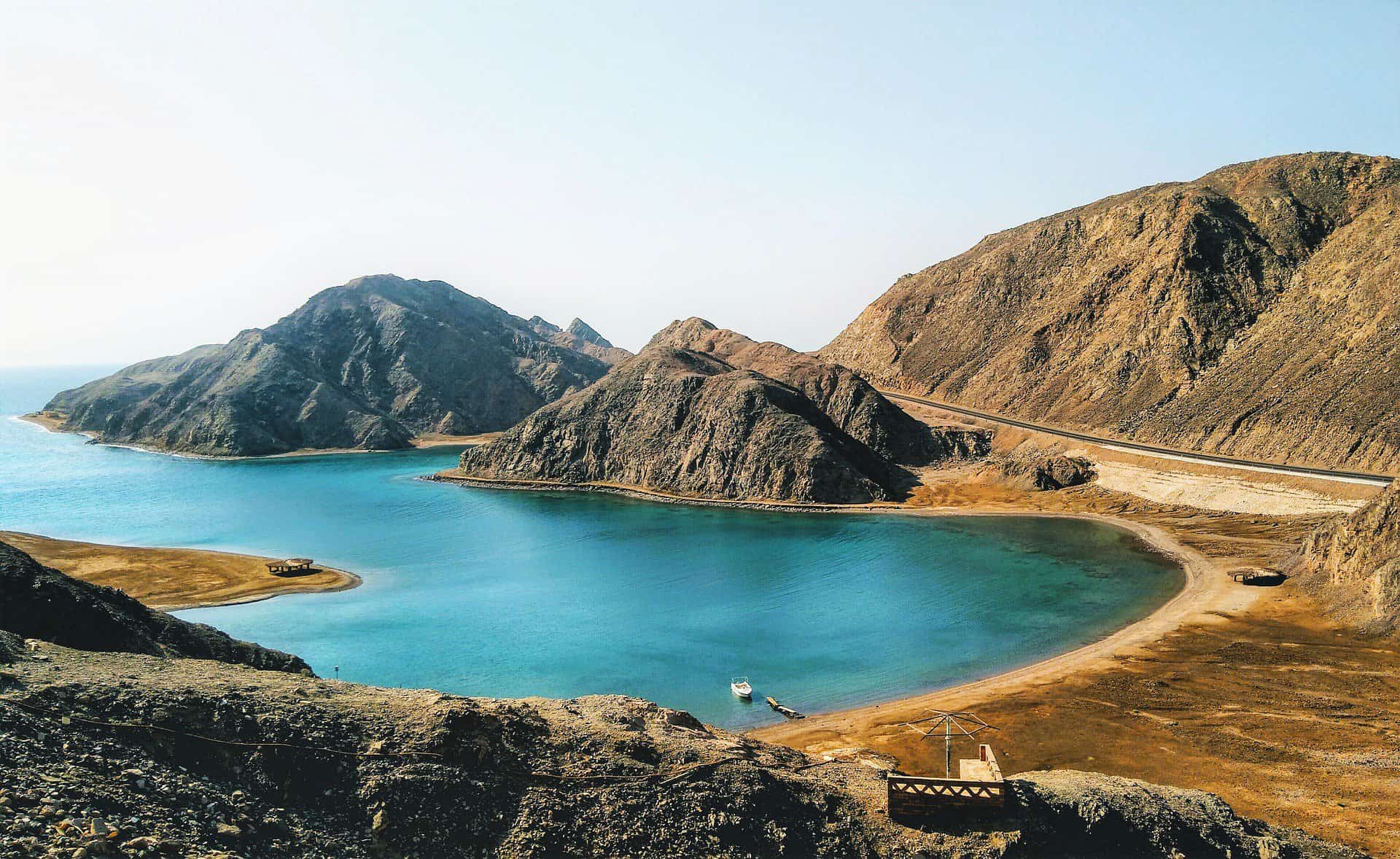 Unlike what many people think, Egypt is not just a vast land of sandy desert with camels wandering about. While this scene actually exists in many parts of Egypt, there is so much more to this paradisal country than many give it credit for. Besides the crystal azure seas, historic landmarks, and magnificent landscapes, there are also mountainous areas that you can enjoy.

Egypt is not a flat country and those who claim that have definitely never been to the extreme southwest of the Western Desert or to Southern Sinai. There are so many major mountains in Egypt that attract tourists every year, given its historic significance. Some are suitable for hiking and others are just there with their impressive blend with nature, creating a breathtaking scene.

One common thing between most of the mountains in Egypt is that most, if not all, of them have tales in history to tell. Let us walk you through an interesting list of the best mountainous areas in Egypt that you should consider visiting and learning about their stories.

Mount Catherine is among the most famous mountains in Egypt that you should pay visit while exploring the lands of the ancient Pharaohs. It also happens to be the highest mountain in the country, lying in the highest point of South Sinai near the renowned city of Saint Catherine. Its name goes back to a Christian martyr Saint, Catherine, who lost her life at the age of 18.

Climbing the mountain is quite challenging, for it takes around 4 to 6 hours to reach to its peak, given that it whops at over 2,600 meters high. Once you reach the summit, you will be able to overlook fascinating views. The strategic location of the mountain offers fascinating views and landscapes of historical areas and it’s worth the hike. Not to mention the meteorological station that sits at the top, offering an amazing stargazing experience.

Apparently, the mountain holds religious significance. There is also a chapel, known as the Chapel of Saint Catherine, located at the summit of the mountain. And, while it seems to be a sacred place in Christianity, it also happens to hold a religious symbol in the other heavenly religions: Islam and Judaism.

Mount Sinai is one of the greatest mountains in Egypt that would be a shame to miss. Apparently, it is another mountain that the lands of Sinai embraces within its borders, situated near the city of Saint Catherine as well. It elevates at a height of 2,285 meters above sea level and goes by more than a few names, with Jabal Musa being the one most commonly used.

Just like Mount Catherine, Jabal Musa is one with a sacred significance in all three religions. People from different religions give the mountain different names based on the beliefs found in their holy books. However, one thing that everyone agrees upon is that it is the mountain where Moses talked to God and received the Ten Commandments. This explains the name Jabal Musa, which literally translates to the Mountain of Moses, with Musa being the Arabic version of the name.

Besides the great history that many mountains in Egypt accompany, they also serve as great hiking spots. The location in which Jabal Musa is situated reward you with stunning views from the peak. Nothing beats the splendour of the vast landscape of sand dunes that surround the mountain. However, we should warn you the road to up there is a rather steep one and requires high levels of stamina and fitness.

Jabal Abu Rumayl is one of the famous mountains in Egypt that are located in Sinai, in south Sinai in particular. You may find the name with different variations, including Abu Rumail, for example. Many of the mountains around this region are characterised with the high elevation, attracting tourists from different places around the world, and this one is no exception.

Jabal Abu Rumayl is deemed the third highest mountain in Sinai, right after Saint Catherine and Jabal Zubayr. Its elevation whoops at 2,624 metres. Tourists love to pay this are a visit to climb the mountains and observe the amazing landscapes of dunes. Abu Rumayl mountain is quite easy to climb in comparison to many others, making for a perfect spot to watch the sunsets and the sunrises.

Colourful deserts seem to be a thing in Egypt, where the are the renowned white and black deserts. Moreover, there is the blue desert region in Sinai, known for its fascinating artsy nature. People refer to this region as rather the blue desert of the Blue Valley. You will instantly see why once you lay your eyes on one of the fantastic mountains in Egypt, Jabal Al Azraq, the blue mountain.

This blue mountain is situated close to Saint Catherine mountain. It embraces more than a few rock formations that are apparently painted in blue. This work of art belongs to the Belgian artist, Jean Verame, who is a land artist, well-known for adding colours to deserts and landscapes, symbolising significant events taking place in each country.

Jean Verame’s blue paint was to commemorate the peace treat, Camp David Accords, that were signed between Egypt and Israel. His artwork took place in 1980, using the blue colour as a symbol of peacefulness.

Sinai happens to embrace several countries, all of which are deemed to be among the fascinating mountains in Egypt. The mountain that comes second after Saint Catherine in elevation is Zubayr Mountain, or Jabal Zubayr in Arabic. It elevates at 2,634 metres, ranking as the second highest mountain in South Sinai.

Unfortunately, this mountain rarely makes it to the list of the famous mountains. It usually overlooked and gone past it despite being easy to access. However, it is one of the hardest mountains to ever climb. It has the least number of climbers recorded among all of the other mountains.

Although Saint Catherine Mountain is higher than Jabal Zubayr, it is fairly easier to climb. Jabal Zubayr is labeled among the hardest, having a not-very-steep ground. For the safety of the tourists, the guides usually go past this mountain. However, you are totally free to go observe its fascinating height and its view blending with the surrounding environment.

Umm Shawmar is another mountain to feast your eyes on while exploring the beautiful towns of South Sinai. Just like the majority of the surrounding mountains, this one as well is characterised by its great height.

This mountain has been a great tourist attraction and stands out among the other mountains in Egypt. Jabal Umm Shawmar is the fourth highest mountain in South Sinai. It elevates at a height of 2,578 metres. Although it is quite easy to climb, it gets a little challenging when you reach

Fourth in height. 2578 m. Great views. Overlooks suez bay. Easy to climb but challenging at peak. You can also observe many parts of town. Easy to reach, espcially from city of st cath. Another attraction.

Mount Serbal is another attraction with a historical and religious significance to consider visiting while in Sinai. It is situated in Wadi Feiran Southern Sinai, being part of the renowned St. Catherine National Park. Not only that, but it is also the fifth highest mountain all over Egypt, coming right after Jabal Umm Shawmar and elevating at a height of 2,070 metres.

Mount Serbal happens to be one of the popular mountains in Egypt. Most people give it a religious significance, professing that it played a vital role in the early Christian times. According to the features mentioned in the bible, some people believe Mount Serbal to be the Biblical Mount Sinai. A lot of people believe that the surroundings, route, and shape of the mountain match those that were mentioned in the Bible.

There is a lot of hype around this mountain, the Willow Peak, known in Arabic as Ras Safsafeh. The Willow Peak falls within the Sinai Peninsula, just like most of the other mountains that Sinai embraces. It elevates at a height of 1,970 metres, allowing you to watch Saint Catherine’s Monastery from the top.

Despite its not-so-popular status, it is still one of the great mountains in Egypt associated with a biblical story. According to the Christian tradition, this mountain resembles the biblical Mount Horeb. It is the mountain where Moses received the Ten Commandments from God.

In fact, the majority believe that Mount Sinai to be the real mountain where the Ten Commandments were revealed,  it is also known as Jabal Mousa or Moses Mountain. However, some people still have doubts, believing that the Willow Peak bears more resemblance to the biblical Mount Horeb than Mount Sinai.

Mokattam is one of the most popular mountains in Egypt and among the very few that falls in the capital city, Cairo. It lies in southeastern Cairo and surrounds a neighbourhood that goes with the same name. This mountain used to be the ancient city of Fustat, which used to be the capital of Egypt that Amr Ibn Alas founded during the Islamic conquest.

The word Mokattam is an Arabic one that means “cut off”, describing how the small hills on this mountain are divided into different sections that are separated. In the past, you could observe Cairo necropolis, known as the City of the Dead. However, the region now has totally transformed into a modern neighbourhood with great facilities and services.

Galala is a common name that you will frequently hear while in Egypt. This mountain has been through so much history over the years. It is part of Suez Governorate, elevating at the height of 3,300 metres above the sea level. The route which surrounds this mountain, Galala Road, has now become a prominent path to take to access different parts of Egypt, including the renowned Ain Sokhna.

Galala Mountain used to have a source of water that has sadly dried up over the years. Climbing to the top, you will be able to view the variety of plant species that grow in this region. This mountain is also famous for the formation of a creamy marble that comes in different hues and shades of cream and white. It holds the same name, Galala, and is used for export.

Nowadays, Galal Mountain is home to a future tourism city with great investments that can be seen. The city is going to be built all around the mountain and in a part that overlooks the Red Sea, given its near location. Despite already being on the way of fame, Galala mountain is getting more recognition as one of the tourist-attracting mountains in Egypt.

Egypt will never cease to amaze the world with the hidden treasures it holds. It embraces a wide array of nature elements, including the world’s best beaches, vast desert landscapes, and mountainous regions. Put Egypt on your list of the want-to-see destinations, and we promise you will find far beyond what you expect.