The White Desert: An Egyptian Hidden Gem to Discover – 4 Things to See and Do 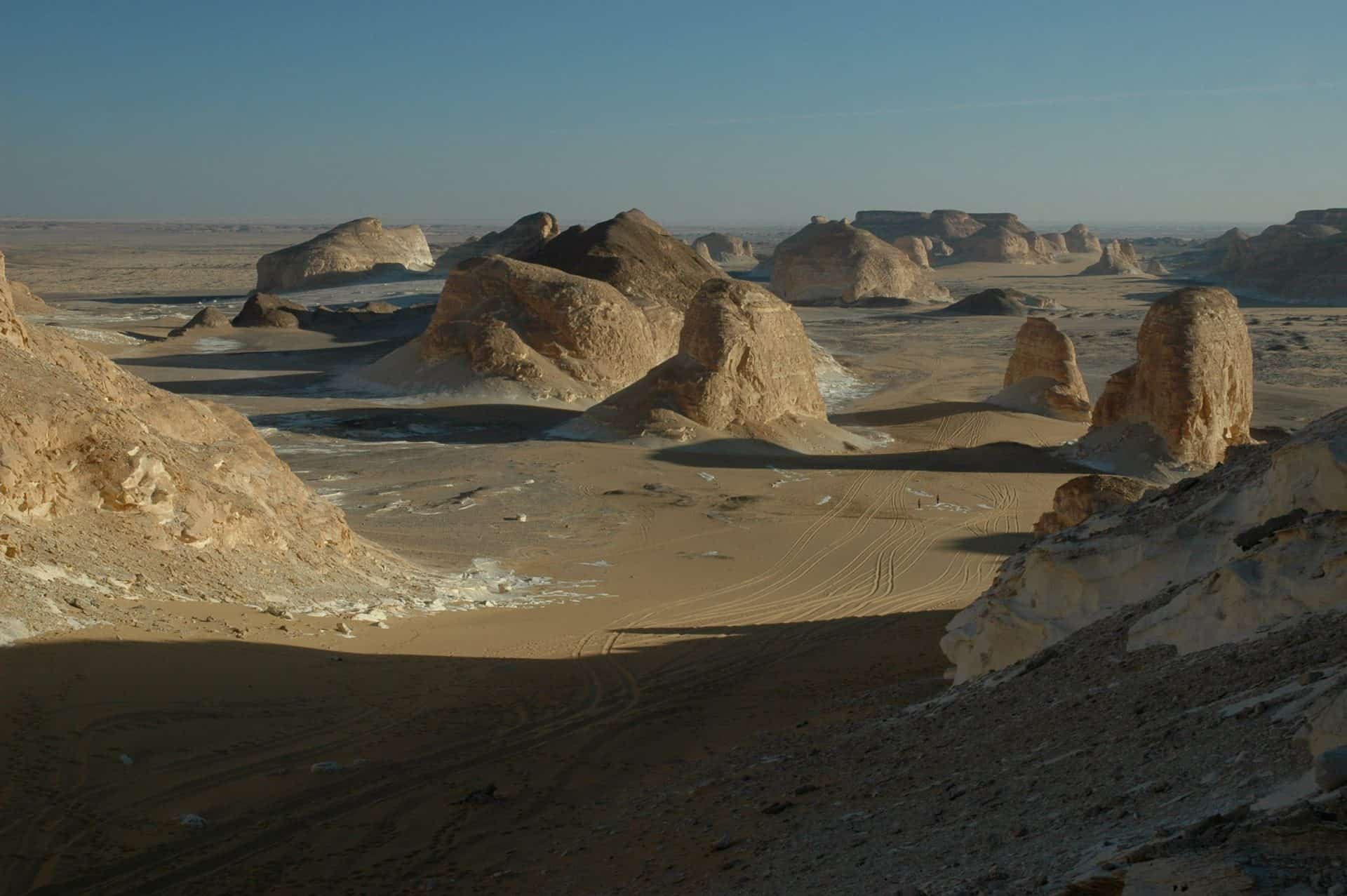 Discovering the treasures of Egypt can seem impossible, given the abundance of whimsical places it has got. Natural wonders are tantalizing, leaving you quite spell-bound and with dropping jaws. If that is exactly what you are looking for, head straight to one of the best spots in Egypt, the White Desert.

Instead of lands of golden sands stretching in distance, you get to see white sand, resembling the appearance of snow. Well, the sand itself is not white, it is regular golden one but covered in bright white. This white color is the result of erosion that formed chalky rock formations. The powdery mounds blends with the immeasurable lands of sand, looking like icebergs.

The name itself is intriguing since we are used to vast landscapes of sand dunes and golden views when it comes to deserts. Things are quite different in the white desert, for it is the most bizarre desert you can ever see. Do yourself a favor and go see this natural wonder that is the white desert by yourself. Here is all you need to know about this fascination place.

Where is the White Desert?

The white desert is one of the most popular destinations in Egypt. It is a protected are that sits in what is known as the Farafra Depression, around 45 kilometers away from a small town known as El Farafra. This desert is located in the southern side of Bahariya Oasis and is a hot tourist destination, thanks to its rare-to-find natural properties.

Being situated not so far from the capital city makes it quite easy to access by tourists and other interested visitors. It takes around an one-hour drive to get to the Farafra Depression from Cairo. Besides, there are so many special elements of nature that the white desert offer. It requires someone who knows how to appreciate contemporary art to fall in love with this secluded spot.

Moreover, you can visit the white desert at any point throughout the year. The area, despite being isolated, is quite safe for everyone. It is home to some rare wild animals, all that are harmless with no hostile nature despite living in the desert.

Best Things to See and Do

Observing the white desert is an exhilarating activity on its own, but you may realize that you don’t need to stay for too long around here. The activities around this area may not be as much as many others secluded spots. However, there is still several fascinating things to observe before you decide to take off and go on with your journey around the magnificent wonders of Egypt.

Camp Under the Stars

The white desert can be explored in a matter of hours, given it is not that big with not so many activities to do. However, those are planning to stay for a day go camp under the fascinating stars. It is the most popular thing to do around here and is perfect for those who like to get away from the fast-paced lives of the big cities.

Watching the stars during the hours of utter darkness has a whimsical effect. We usually tend to forget about the existence of the illuminating stars. Not only are we usually too busy to slow down and look up, theirThose little bodies burning in the sky light up the complete darkness, letting you see one of the wondrous elements of nature.

The white-covered sands isn’t the only white thing to see around here. White rock formations is another fascinating creation of nature. Those rocks are another popular attraction in the White Desert that captivate the attention of tourists. They are made of limestone and chalk after long years of being exposed to erosion and other weathering factors.

The unusual rocks shape into dramatic figures that are, sometimes, similar to mushrooms, castles, rabbits, domes, or turtles. Other snowy-like formations are quite random but are still interesting to observe.

The White Desert is a safe refuge for different kinds of animals, ones that are even rare and exist nowhere else. It is really quite entertaining to wander the beautiful snow-like lands and spot some old animal freely roaming. This part of the desert is known as the White Desert National Park, covering several thousands of kilometers.

The animals found there include the sand cat; a wild breed of cats that looks different from the cats we see everyday. It knows how to survive in the scarce lands of the desert and can camouflage in the desert, given its sandy-colored skin. Another endangered animals that you can see are the Rhim and Dorcas gazelles, red foxes, and Barbary sheep.

If you are up to seeing another spellbinding design of nature, you shouldn’t miss the Black Desert. As ironic as this may sound, it lies around 30km away from the White Desert, which is not a far distance to travel on the same day. However, if you are planning to camp for a night, it is a good idea to head there the next morning.

The sands of the black desert are the usual golden sands coated with a black layer, apparently. This blackness belongs to the powder and rocks that resulted from aging volcanic materials, known as dolerite. The region is full of mounds that resemble the shape of a small volcano.

Discover the Unrivaled Beauty of Siwa Oasis - The Pearl of the Western Desert: 11 Things to See and Do