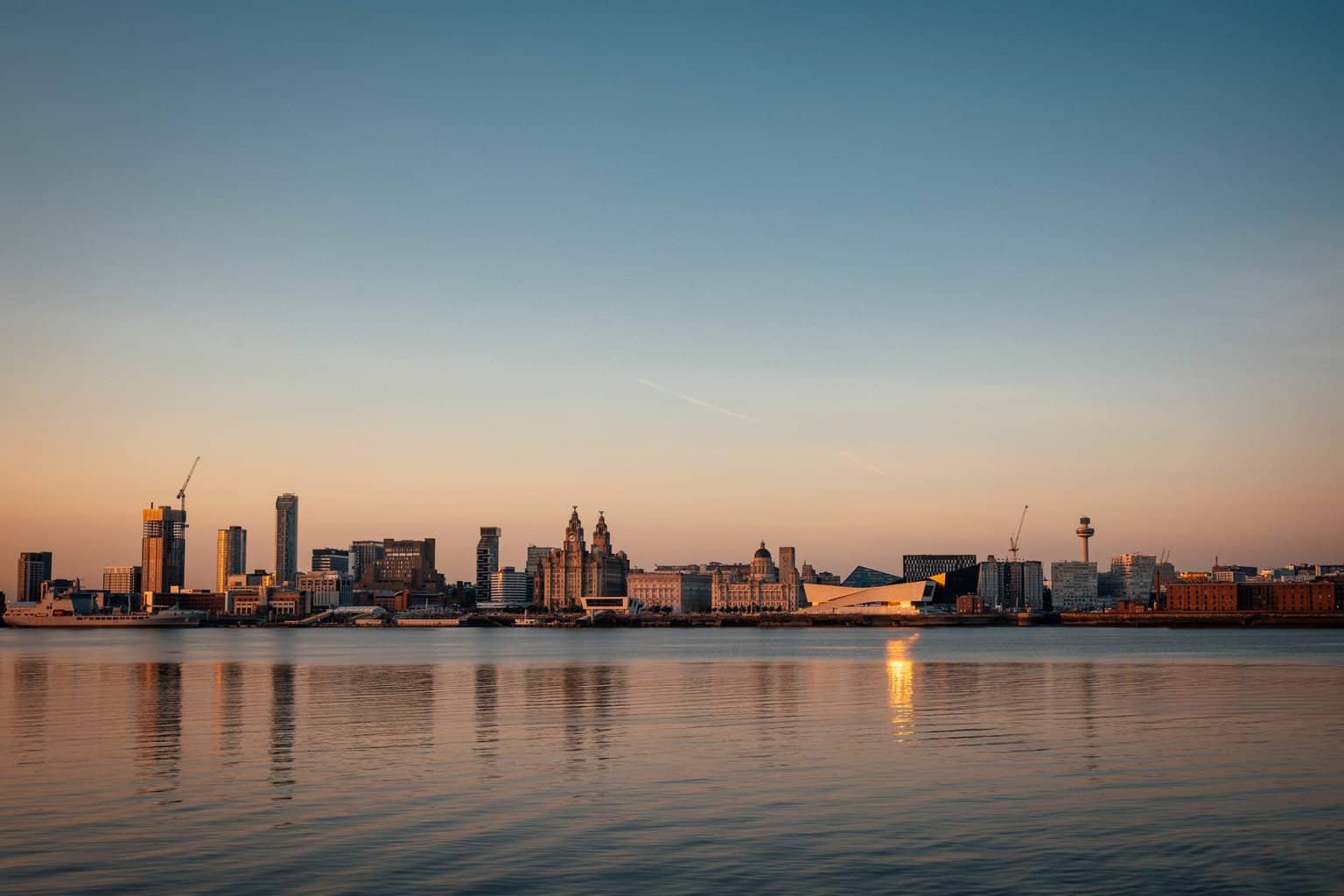 In Liverpool, it is estimated that three quarters of the city’s population have some form of Irish roots or ancestry: some locals even refer to it as ‘the second capital of Ireland’.

Each year there is a festival of music, theatre, literature, dance, performance and film to celebrate Liverpool’s Irish connection. The Liverpool Irish Festival usually takes place towards the end of October each year. The festival includes plenty of art and music events celebrating Irish culture as well as the Liverpool Irish Famine Trail.

Liverpool and Glasgow are the two cities that have the claim of the strongest Irish heritage. In this article we will look at the Irish Liverpool connection which may be stronger than you think!

Many people say that the reason for the Irish connection in the city is down to the Great Famine of the 1840s. Whilst this is partly true, there was already a well established Irish community in Liverpool prior to the famine. By the 1851 census, more than 20% of the population of Liverpool was Irish. As many had large families it is thought that the population was actually much closer to 50% . 83000 Irish born immigrants were in London at the time, the only places where the Irish population was larger was in Dublin and New York.

Liverpool was a ‘staging post’ and major port for Irish and English migrants travelling to North America. Even then, according to records, the Irish made up around 17 percent of the population of the city. If you would like to learn out more about the Irish diaspora, you can read our blog post to learn out more or you can check out our detailed article on EPIC The Irish Emigration Museum in Dublin.

Then came the famine years, when over 2 million Irish citizens fled to the city within a decade of the Great Famine starting many of them would depart from here to the United States. To put it into perspective, that is almost the same amount of people as the entire population of Northern Ireland in 1968.

Liverpudlians may have the Irish to thank for their distinctive scouse accents. The accent has developed over time due to the large influx of Irish migrants who arrived in the city during the 19th century.

There are many variations of the accent, some adopting a softer tone while some sound more rough and gritty.

A unique sound that stands out in the Scouse accent is the letter ‘K’ becoming a ‘Keh’ sound, which is similar to that of pronunciations in Irish Gaelic.

However, we can’t be sure the Irish were the sole originators as there were hundreds of different nationalities constantly coming and going on the docks and railways which could have had an equal impact upon the accent.

Liverpool, similarly to Ireland, has a rich and strong cultural identity and people are proud to be from there. This is part of the reason why the Scouse accent is resistant to national changes.

For example, dialects in the rest of the UK are constantly evolving due to emigration and national trends such as slang. The people of the city generally ignore these national trends and linguistically keep themselves to themselves.

The UK is a relatively small country when we consider how varied accents and even dialects are in each region. Many different ethnic groups have inhabited England for centuries, from Celts to Anglo-Saxons, Vikings, Normans and Romans each influenced the language of the area they inhabited. Despite English being the primary language across the country, these various cultures alongside the arrival of many more inhabitants such as the large Irish community in England have created many unique and recognisable accents and dialects.

Accents are also a form of identity. It is easy to recognise someone from your home country or even city when you hear them speak. From the tone to the words that are unique to your specific dialect, the way we use the same language to communicate can vary drastically. It is also makes sense that when a person moves to a new country, especially we they are forced to leave because of hardships or a lack of opportunity at home, they want to preserve their cultural identify as much as possible while accumulating to their new life. This could be another reason as to why their are so many regional dialects in the UK.

A huge part of the culture in the city of Liverpool is its world-famous football team, Liverpool Football Club. Historically, the club has a strong Irish connection, which is a very important facet of the club.

The first-ever manager of Liverpool was John McKenna, an Irish emigrant. In 1912, McKenna, when serving as Liverpool FC Chairman, made one of the club’s greatest signings.  He was made aware of the precocious goalkeeping abilities of young Ulsterman Elisha Scott.

The Belfast-born youngster was deemed too young to sign for neighboring Merseyside club Everton FC, and McKenna showed faith in him by signing him at such an age.

Thousands of Irish Liverpool supporters make the journey across the Irish Sea each week to support their team.

From Coleraine to Cork and Belfast to Ballyshannon, they all carry the same hopes and aspirations that their club can win football’s ultimate prize: the UEFA Champions League, which they have won an English record of 6 times.

Another huge club, whose stadium is a stones-throw away from Anfield, is Everton Football Club. They also have a strong Irish connection.

The most famous Liverpudlians of them all, The Beatles, claim to have Irish roots. George Harrison had an Irish mother, and Sir Paul McCartney had an Irish grandfather. John Lennon’s family were also believed to have emigrated from Ireland in the 19th Century.

Irish people who made history in Liverpool

There are many Irish people who made significant changes to Liverpool throughout history. We will list a few of them below as well as some Liverpudlians who changed Irish history:

Are you surprised by the amount of people with an Irish background that have made history in Liverpool? Have we left anyone out that deserves a space on the list?

The city also has a history of links to unionism in Northern Ireland and is the only English city to have a significant membership within the Orange Order. In 1999 former leader of the Democratic Unionist Party Ian Paisley attempted but failed to establish a branch of the DUP in Liverpool.

In terms of historical architecture, Liverpool has one extremely important link to the city of Belfast. The White Star Line headquarters were based on James Street, Liverpool when their famous ship, The Titanic, sank on her maiden voyage.

The news of the disaster was read out from the balcony of this building in 1912, as mentioned in the video below.

Liverpool today still very much feels like an Irish city. Walking through Liverpool City Center, you will find dozens of Irish bars playing traditional Irish music and serving up traditional Irish food and beverages. The Irish in Liverpool have made their mark on the city over the years, and Irish pubs in Liverpool are just one example of this!

Below we have added some of the most popular Irish pubs in Liverpool, according to Tripadvisor:

The most popular Irish bar in Liverpool is McCooley’s who have two establishments: one in Concert Square and one in Matthew Street. If you’re looking for a full Irish breakfast or a pint of Guinness when in Liverpool, McCooleys will be your first call of action.

Flanagan’s is an Irish restaurant and bar which claims to have the best pint of Guinness in Liverpool city. The only way to know for certain is to try one! They also host live music and open mic nights so your entertainment is sorted!

Named after Molly Malone, Dublin’s local legend is the next pub on our list. If you would like to find out more about Molly Malone and her statue in Dublin, you can read our Dublin Travel Guide.

With live Irish, Scottish, Contemporary and Party music Molly Malones is a guaranteed good night out. With 6 big screens you can sit back with a pint and enjoy the game. Taken over by a group from Donegal in 2016, Molly Malones has since strived to become Liverpool’s most authentic Irish bar.

What do you think about the Liverpool Irish connection? Have you visited Liverpool or Ireland before? Let us know by posting a comment below!

Other Great ConnollyCove Blogs: Places to Visit in London | Best Buildings and Architecture in London | Things to do in London for Couples | Dublin or Belfast: which should you visit?

Where to Stay in Belfast | Belfast Hotels | A-Z List