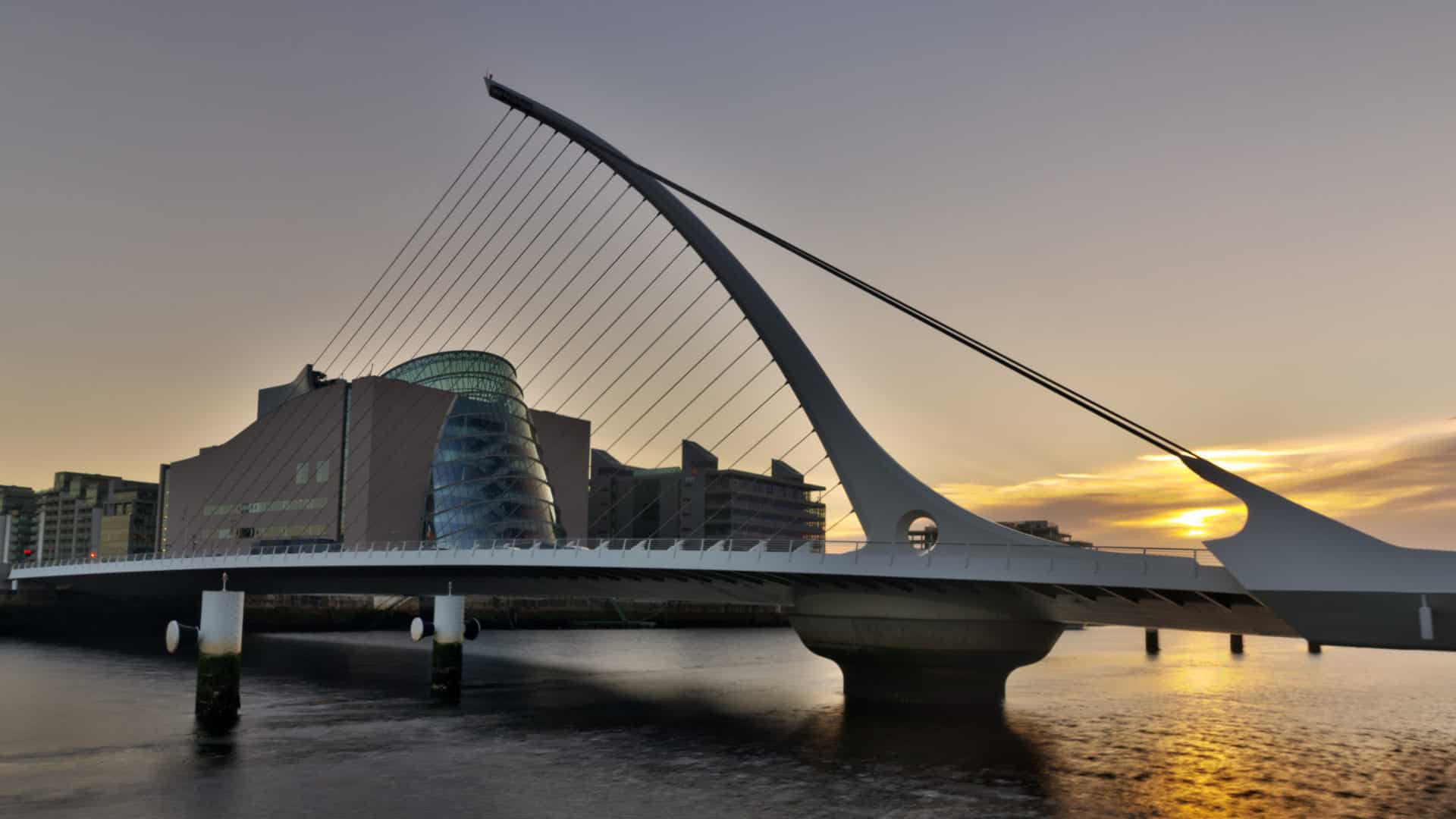 Here at ConnollyCove, we love all literature. Continue reading to discover the life and success of the Irish author: Samuel Beckett.

Samuel Barclay Beckett was born in Foxrock, Dublin, on 13th April 1906. As a boy, he attended Portora Royal School in Enniskillen. After, Beckett then studied French, Italian and English at Trinity College Dublin (1923-1927).

As a result, he was elected Scholar of Modern Language in 1927. With his talent for language, it is no surprise that Samuel Beckett became one of the most famous Irish authors.

From his extensive language education, the young Beckett then became a teacher. First, he gained a teaching position at Campbell College in Belfast. After that, he moved to France, gaining employment as a lecteur d’anglais (lecturer of English) at the École Normale Supérieure in Paris (November 1928-1930).

While teaching here, Beckett was introduced to James Joyce. The young Beckett then became an assistant of Joyce, helping him with the novel that became “Finnegans Wake”. As a result of this, Beckett’s first published work was a critical essay defending Joyce’s work and methods “Dante… Bruno. Vico… Joyce”.

In 1930, Beckett returned to Dublin and gained employment as a lecturer at Trinity College Dublin. He then resigned in 1931, to commemorate the end of his teaching career he wrote the poem “Gnome”. It was then published in The Dublin Magazine in 1934.

Beckett’s father passed away in 1933. Two years later Beckett began therapy to help himself grieve. He remained in therapy for two years. Aspects of his experience appear in his later literature, such as “Waiting for Godot” and “Watt”.

Beckett had an interest in film and, in 1935, sought out an apprentice with Sergi Eisenstein at the Gerasimov Institute of Cinematography. This was unsuccessful. The following year he finished his novel “Murphy” and left to travel to Germany. He returned to Dublin in 1937 to publish “Murphy”. Later, he moved to Paris following an argument with his mother. He remained there during World War 2:

“France at war to Ireland at peace”.

Beckett worked as a courier as a member of the French Resistance against the Nazi German occupation. In 1942 he fled to Roussillon, South France. He stayed here for two years while still helping the Resistance. Due to his efforts, he was awarded the Croix de Guerre and the Médaille de la Résistance.

During a visit home to Dublin Beckett had a revelation (1945). He had been wrongly following Joyce’s path. Therefore, he began to do the opposite and wrote about poverty, failure and loss. This revelation completely changed this Irish authors direction.

During the late 1950’s Beckett began an affair with Barbara Bray, this relationship continued alongside his affair with Suzanne Dechevaux-Dumesnil. In 1961 he secretly married his lover Suzanne. Due to the success of his plays, Beckett gained employment as a theatre director.

While in Tunis with Suzanne, Beckett received his Nobel Prize for Literature.

“The Nobel Prize in Literature 1969 was awarded to Samuel Beckett “for his writing, which – in new forms for the novel and drama – in the destitution of modern man acquires its elevation.”

Beckett died on 22nd December 1989, he had been suffering from Parkinson’s Disease and living in a nursing home. He was buried alongside his wife, Suzanne.

His Literary Journey to a Nobel

Samuel Beckett’s life and writing can be divided into three time periods. Each part is symbolic of his life and how his life affected his work. Much of his writing consists of bleak and tragic themes containing dark humour.

Beckett’s first works were heavily influenced by his experience working with James Joyce. This lead to his production of “Dream of a Fair to Middling”. However, this was rejected by publishers, he was able to use this to create his first short-story collection “More Pricks than Kicks”.

The final period of Beckett’s literary journey is marked during the years 1960s-1970s. He was awarded the 1969 Nobel Prize. During these years he started writing shorter, compact pieces, in a minimalist style. Leading to dramas such as “Play” which only had three characters and “Not I” which only had a mouth surrounded by darkness.

His work during this time often focused on dark memories resurfacing in a moment of stillness. During his final days in a nursing home, Beckett continued to write. His last literary work was a poem “What is the word” which focuses on the inability to express oneself. This reflects themes his earlier works when attempting to imitate James Joyce. It is also symbolic of his sickness while writing.

Beckett’s work is widely remembered today. Many writers, such as John Banville, Jon Fosse, Aidan Higgins and many others, have said that Beckett is an inspiration. In recent years, may composers have created music based on Beckett’s literary works. The Samuel Beckett Bridge was built in Dublin in 2009. His modernist style is still studied across the world today and his legacy will continue to live for many years.

He almost died in Paris from being stabbed (1938)

His cause of death was Emphysema

If you enjoyed this article about the Irish Nobel Laureate, Samuel Beckett, please enjoy more of our articles about famous Irish authors: