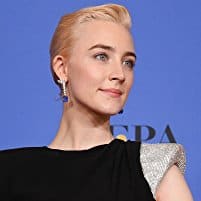 There are many brilliant famous Irish women who have paved the way for others. From authors, writers, historians, fighters and more, Irish women are among the most inspirational and fearless women in the world.

As International Women’s Day is at the beginning of March, we thought we would acknowledge some amazing Irish women who have helped shape Ireland, challenged stereotypes, and followed their dreams. These women, both past and present, have left their mark on Ireland and the world.

Here is our guide to all the famous Irish women you should know about:

Up first on our list of famous Irish women is the icon that is Maureen O’Hara. She was one of the last actresses that came from Hollywood’s golden ages. Maureen O’Hara appeared in a dozen films over her incredible six-decade long-acting career. Particularly, she was famous for playing fiercely passionate female characters.

Born in Dublin in 1920, O’Hara was trained in theatre and was acting from a young age as she always had aspirations of being an actress.

In 1939, Maureen O’Hara moved to America to pursue her acting career and she successfully landed her first role in the production of the Hunchback of Norte Dame. From that moment onwards, O’Hara kept getting roles in films and grew in popularity within the Hollywood film scene. She was best known for her role in the famous movie ‘The Quiet Man’ in 1952.

In addition, Maureen paved the way for Irish people to make it American, showing that it was possible. She left Ireland to pursue her dreams in the USA, carving a successful career for herself and bringing great talent to the world stage. Her talent is still celebrated today and she will forever be known as an acclaimed Irish actress.

Next up on our list of famous Irish women is Countess Markiewicz who played a dominant role in the Irish Citizen Army and the women’s rights movement. She was born in 1868 in London but moved to County Sligo when she was a very young child.

Although she was born into a life of privilege, she dedicated a lot of her life to helping the poor. Markievicz was the first-ever Irish female who was the Minister of Labour from 1919 to 1922. Incredibly, she was the only woman out of 18 other female candidates to win a seat.

She also took part in the Easter Rising in 1916 where the Irish republicans attempted to end the British rule in Ireland. During the early days of the rebellion, Markievicz was everywhere, doing what she could from nursing to delivering messages to the highest-ranking members of the rebellion.

Countess Markievicz went against the norm of what was expected of women at that time. She stood strong, fighting for what she believed in and for the rights of others.

One of the most famous Irish women in modern times in the world-class boxer is Katie Taylor. At this moment, she is currently the unified lightweight female world champion. Taylor holds the WBA title from 2017, the IBF title from 2018, and the WBO title since March 2019.

Katie quickly became popular in Ireland. She is often credited for bringing women’s boxing to the world stage. She also went on to win gold at the London Olympics in 2012. Turning professional in 2016 has seen Katie Taylor continuing to succeed in boxing and paved a way for future female boxers.

Taylor is regarded as one of the best athletes to come from Ireland. She shows no sign of slowing down and will continue to transform the boxing world.

Next, we have the first-ever female president of Ireland, the remarkable Mary Robinson, who has achieved a lot in her life. She is definitely one of the most famous Irish women who has played a role in shaping the country.

In December 1990, Robinson was inaugurated as the seventh president of Ireland, also the first women president. Even before that, she was breaking boundaries, becoming the youngest law professor after studying at Trinity College at 25 years old.

While Mary was president, it’s widely regarded that she helped to bring a fresh approach to the office and started the steps to transform Ireland for the better. She even helped to sort out Angelo-Irish relations and visited Queen Elizabeth at Buckingham Palace. More so, she left her presidency two months early to take up a job as the United Nations High Commissioner for Human Rights.

Mary Robinson was also a huge campaigner for women and would put her own money into liberal campaigns to help strengthen the position of women. She helped fight for the rights of women to sit on juries and family planning rights for women in Ireland.

As one of the famous Irish women, Mary Robinson was a great leader and still a great role model for the people of Ireland and around the world.

You might not have heard of this Irish woman unless you have a high interest in the world of high fashion. Carmel Snow was one of the famous Irish women. She was a fashion icon of her time and one of the most influential people in the world of fashion during the 1900s. She was born in Dublin in 1887 but emigrated to America with her mother after her father’s death in 1893.

Furthermore, Carmel Snow went on to become the editor-in-chief for Harper’s Bazaar, an American women fashion magazine. Before taking that job role, Snow began her fashion career as an editor for Vogue. The owner of Vogue, Conde Nast, was very impressed with Carmel Snow and helped to nurture her talent for more important roles within the fashion company.

But eventually, she jumped ship to work for Harpers Bazaar magazine. She had more freedom there to create her own ideas and helped to transform the magazine into a highly influential fashion magazine of its time.

Carmel Snow was one of the most extraordinary fashion editors of her time and one of the very famous Irish women who owned her craft.

Ireland boasts an incredible number of scientists who have gained success in mathematics, physics, and astronomy throughout history. One of the very famous Irish women is Scientist Jocelyn Bell Burnell. Armagh native, Jocelyn Bell Burnell is best known for discovering radio pulsars in 1967. The BBC even described this as “one of the most significant scientific achievements of the 20th Century.”

In 1974, the discovery was nominated for a Nobel Prize in Physics. Unfortunately, she wasn’t a recipient even though she was the first person to observe the pulsars. However, she was awarded a Breakthrough Prize for the discovery of radio pulsars, finally giving her well-deserved recognition for her scientific leadership. She was awarded an incredible 2.3 million with the prize. Burnell chose to donate the money to fund women and underrepresented ethnic minorities to become physics researchers.

Jocelyn Bell Burnell, along with her scientific achievements, has become a very respected leader in the scientific community.

Next on our list of famous Irish women is the world-class actress Saoirse Ronan. Originally born in the Bronx, New York in 1994 to Irish parents, she moved to Ireland at three years old. Ronan has taken the acting world by storm. She started out as a child actress appearing in critically acclaimed films like Atonement.

More so, her role in Atonement saw her become the youngest ever actress nominated for an Academy Award at 13 years old. From then onwards she has been cast in a variety of roles showcasing her brilliant acting ability. Some of her best roles include ‘The Lonely Bones’ (2009), Hanna (2011), Lady Bird (2017), and her newest role Mary Queen of Scots (2019).

Incredibly, at only 24 years old, Saoirse Ronan has appeared in over 27 films and is the recipient of many awards. These awards include a Golden Globe Award. She was nominated for three Academy Awards and four British Academy Film Awards.

I bet most people wouldn’t know that one of the world’s first computer programmers was an Irish woman! This famous Irish woman is Donegal born Kay McNulty Mauchly Antonelli (1921 -2006). Kay and her family emigrated to America in 1924 and she was raised in Pennsylvania. While there, she attended a High School, which was something girls from Ireland could only dream of during that time period.

Furthermore, Kay won a scholarship to attend Chestnut Hill College for Women. She was one of three students to graduate with high accolades in Maths. After this, she was one of six women selected to work for the USA Army on their ENIAC (Electronic Numerical Integrator And Computer) program. What’s pretty incredible about these women is that they had to teach themselves how to program!

McNulty helped to create the first general-purpose electronic digital computer. Her pioneering work wasn’t acknowledged until decades later and she was inducted into the Women in Technology International Hall of Fame in 1997.

Next up on our list of famous Irish women is novelist, playwright, and short storyteller, Edna O’Brien. She has been considered as one of the most gifted Irish writers. Much of O’Brien’s work revolved around women’s feelings and their problems in relation to men and society as a whole.

Her first novel ‘The Country Girls’ is often highlighted for breaking social issues in Ireland following World War Two. Throughout her career, she has written over twenty works of fiction and a biography about James Joyce and Lord Byron.

She has received various awards for her writing works in 2001 and she was honoured with the Irish Pen Award. Her short story collection ‘Saints and Sinners’ won the critical acclaimed Frank O’Connor International Short Story Award in 2011.

Furthermore, Edna O’Brien’s work is known for helping to change Irish fiction by bringing women’s experiences to the pages.

This list of famous Irish women doesn’t even escape the barrel of the incredible, fearless, and talented women from Ireland. Are there any inspirational Irish women that inspire you? We would love to know!

Other blogs that might interest you: Famous Irish People Who Made History in Their Lifetime | Famous Irish Authors Who Helped Promote Irish Tourism | 100 Best Irish Historical Fiction to Consider Reading |