Egypt: 4 Most Popular Destinations to Visit 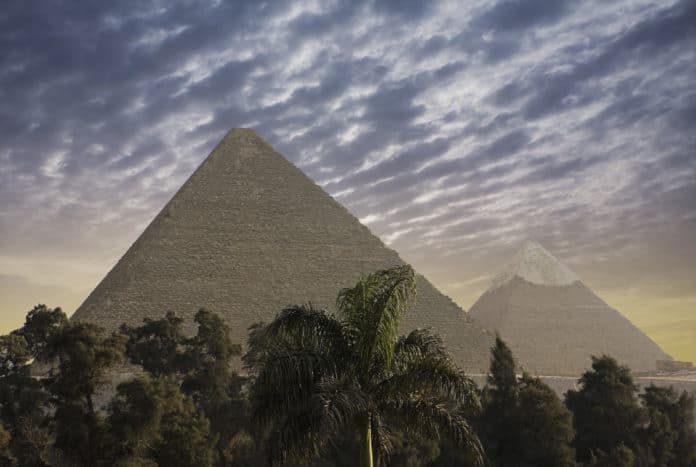 Thanks to the 21st century, we’re capable of exploring the world through our little screens and taking a glimpse into its hidden gems. However, nothing beats the euphoria of being physically present somewhere that dates back thousands and thousands of years. If that’s what you’re looking for, then it’s time to check Egypt off your bucket list. Interestingly, Egypt possesses some of the world’s best scenic lookouts that go way back in time. Check out this list of the most popular destinations in Egypt to consider visiting.

The Ancient world possessed various wonders that everyone held their breath while watching.

Out of all the ancient world’s seven wonders, only the pyramids of Giza could make it to this day. Standing as tall as they always have for 4,500 years. Such monuments that endured eternity deserve to make it to the top-visited tourist attractions.

The pyramids of Giza are one of the most popular destinations in Egypt and one of its prominent landmarks. They proudly sit at the desert edge West of Cairo, in Giza. While Giza is deemed a city on its own, it smoothly blends into Cairo’s streets, making one ever-expanding large city.

What you’ll see there are three huge pyramids known as Khufu, Khafre, and Mankaure. They’re named after each king that was buried in them, which makes them enormous tombs. There’s evidence for the existence of mummies in the burial chambers along with the king’s belongings and treasures for the Afterlife. Not only will you see these three architectural masterpieces, but there’s also the paradoxical Sphinx that guards them.

Besides all the historical information to absorb, there are other activities to do at the pyramids. These include camel rides around the desert or attending the Sound & Light show where the Egyptian legacy comes to life. There are also international hotels around where you get to have the pyramids as your view while enjoying your stay.

Seize the opportunity of delving into nature and exploring the marine life in the wondrous town of Nuweiba. This little town floats onto the blue waters of the Gulf of Aqaba on the East coast of Sinai, where the sand looks red. One of the most beautiful experiences you’ll have in Nuweiba is filling your vision with the natural colours of the canyons. Interestingly, these canyons are million years old. They formed after the withdrawal of the Red Sea, leaving the wind to wear away the soaked sandstones and limestones.

A few kilometres near Nuweiba lies a fascinating natural oasis, Ain Khudra. You can reach it by hiking through the beautiful canyons and passing a direct route into the oasis. Once you step foot there, you’ll find little gardens with facilities that provide basic services for the visitors. Surrounding the town are palm trees and water pools that will prepare you for a serene stay. Besides being a perfect hiking destination, it serves perfectly as a meditation spot where you’ll be one with nature.

Ain Khudra is also the perfect spot for passionate divers. It paves the way to diving into the coast of Nuweiba, where plenty of coral and marine life exists. There, you’ll be impressed by the flora found in the deep waters as well. No wonder this little town is one of the popular destinations in Egypt.

Siwa Oasis has become one of the most popular destinations in Egypt in the late 19th century. It lies in the Western part of the Western Desert. Its location had made it unravel for long years, although many people reside there. That isolation has driven those people to develop a culture on their own. They even speak a dialect that sounds nothing similar to the Arabic known to the most Arab world.

Siwa Oasis is miles away from the buzzing cities. It has numerous date palms all around that make for beautiful scenery. Also, it’s famous for its delicious dates and olives, thanks to its abundant plantations. Despite the isolation and long distance, there are many things to do and learn in Siwa Oasis.

The Fortress of Shali (dried mud) ruins surrounds the area, leaving shreds of historical evidence that appear to be shrouded in mystery. There are remnants of various Greco-Roman temples that used to stand tall, including the Oracle of Amun. It dates back to the 7th century. After Alexander the Great visited the temple for a Divine consultation, the oasis became a pilgrimage spot.

The locals are famous for their exemplary skills in crafting fine jewellery. You can also roam the local marketplace and take an insight into their eccentric culture. Take a dip into the fine-looking pools made of stone, Cleopatra’s Bath. Or pump some adrenaline by taking a dune buggy ride or trying out sand-boarding.

Egypt seems to have endless sights of natural wonders and this one you can’t miss, the white desert. This one ranks on top of the most popular destinations in Egypt for its bizarreness. It’s not like you come across a white desert every day.

It’s a deserted land that stays miles away from temples and tombs, so you won’t find much history around here. The White Desert is located 45 kilometres north of El Farafra town and sits on the south side of Bahariya Oasis. In 2002, strict environmental laws deemed it a protected national park.

This place was named as such because of the dominance of white all over the place despite being a desert. This white colour doesn’t belong to the sand; in fact, it’s the colour of powdery mounds formed by erosion. Consequently, it resulted in chalky rock formations that look like icebergs trapped in sand.

There isn’t much to do there except observe the rare elements of nature that leave you in awe. Camping under the stars is the most popular activity to do in the white desert. You can also enjoy the illusions created by the chalky rocks, shaped into eagles and giant mushrooms. Interestingly, the white desert also happens to be home to several animals on the verge of extinction. These animals include white gazelles, white foxes, and sand cats.

Top 10 Things to Do in Beijing, China- Places, Activities, Where to Stay, Easy Tips

15 Haunted Places to Visit for an Authentic Halloween Experience