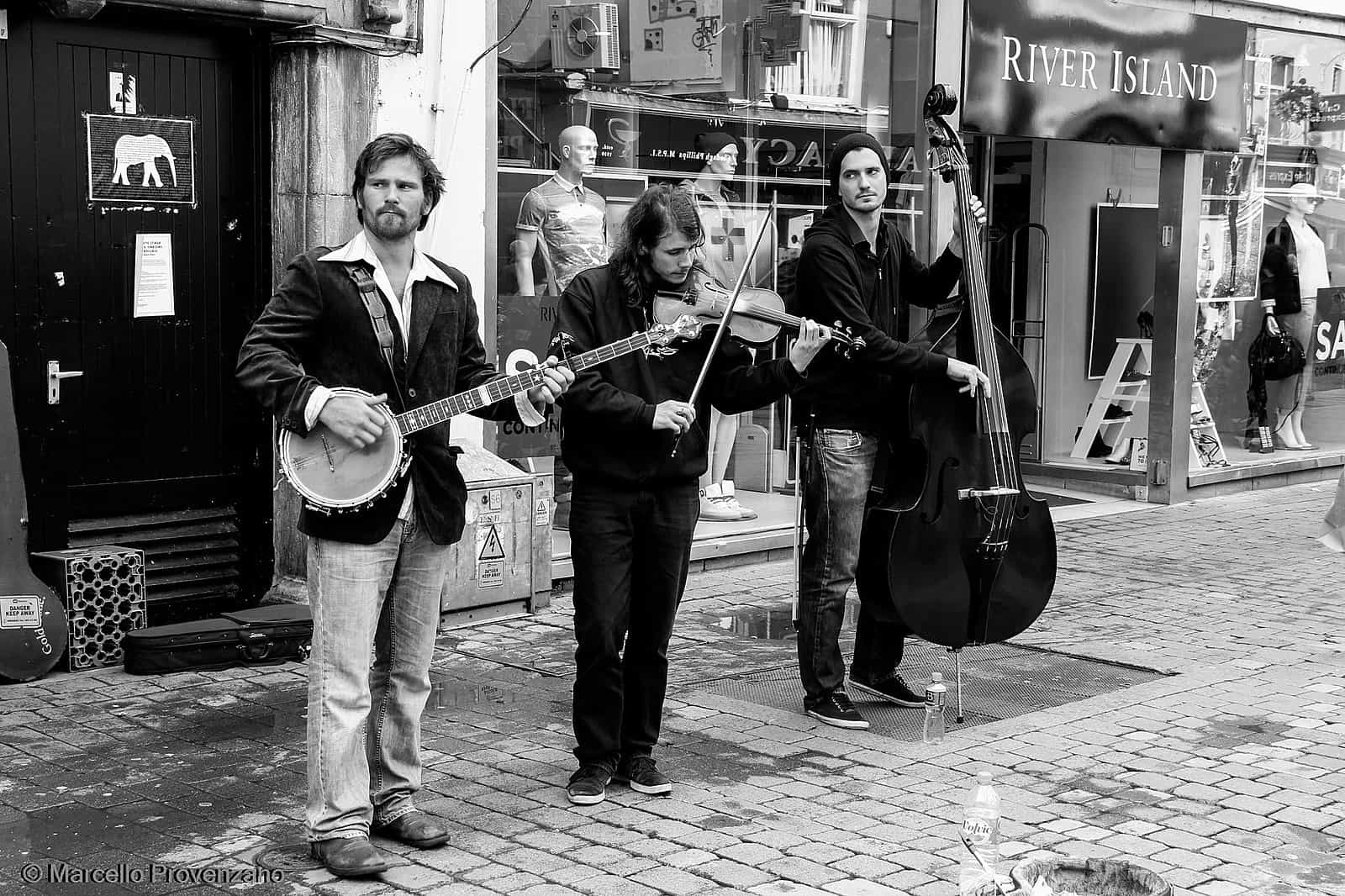 Music is good for the soul and there are plenty of options of easy listening from the island of Ireland. Renowned for their traditional ballads and reels, local Irish music has continued to pay homage to its origins whilst reaching new depths of the nuance of rural settings and, at times, political tensions within the countries. New, younger artists are not only shining on the Irish stage but dominating on a global scale as well. People continue to stream music that Irish artists have written and played, creating a new platform for people to enjoy music from. There has been an increase of the stream Irish artists are experiencing and this is due to their unique sounds, and soulful ballads. With plenty of local Irish music to choose from, you will never run out of options.

Kitt Philippa’s transcendent work is fresh and gentle. Their work hones in on finding ‘grace’ and has breathtaking melodies. An experimentalist, Kitt Philippa (or KP) is multi-skilled in an array of instruments. An organ scholar, KP is also versed in guitar, piano, and clarinet, using other instruments to contribute to the ethereal sounds present in their work. KP’s debut album was released in October 2019 to critical acclaim, acknowledging the idea that pain can eventually heal us and move us forward. Having signed for Faberalt, KP’s work is now on display with other acclaimed artists like Keaton Henson and Anna Meredith. An Irish artist to watch!

Armagh Native, DANI has been perfecting her craft in the smoke of Belfast, Northern Ireland. Inspired by the rawness of nature, DANI’s work is deeply rooted in blues and trad. Playing a host of different instruments, DANI honed her craft throughout the world, picking up sounds from Southeast Asia and bringing them back to Native Ireland and deconstructing them into temporal and unique rhythms. DANI’s vocals have an incredible bluesy coarseness that harks back to colloquial scenes around a fire. DANI’s guitar style is best described as folk as she uses mismatched riffs to create an atmosphere of unpredictability for her audience to decipher.

A powerful voice in Irish music, Naoise Roo has watched as her fan base has grown from strength to strength. With electrifying live shows and the release of her album ‘Lilith’, she has been greeted with critical acclaim all over the island. Naoise Roo’s emotional and musical range is clear through her work, particularly in her EP Sick Girlfriend, a four-track masterpiece.

Not afraid to deal with difficult subjects, the EP deals with themes of depression and grief, as well as challenging how women with mental illness are stigmatised. Honest and open about the challenges of the music industry through her music, Naoise Roo is paving a way for Irish musicians to develop with the comfort of knowing they’re not alone in their struggles. A remarkable Irish artist who has been likened to PJ Harvey, James Ward from The Mirror believes that “With a voice that could silence a room, Naoise Roo has created a stunning collection of dark rock majesty.” High praise for a rising star.

Son of the Hound: Omagh’s Finest

A multi-dimensional creative, Son of the Hound is a moniker of the talented Michael McCullagh. His work is surreal, being despondent yet uplifting, and any live performance is a raw and invigorating one that has the audience enthralled and involved. His debut album ‘Cheers, Sound, Good Luck’ is a passionate thoroughfare of emotions, describing the outsider and the deep necessity of never giving up and holding onto hope.

McCullagh also excels in the art of writing, turning his album launch into a film. Releasing a series called The Also Rans, it featured long-time collaborator Tony Wright, in a fateful quest to get the old band back together again. Now considered a Belfast anthem, ‘The Also Rans’ track reminisces of the things we’ve loved and lost, and what we fight to keep. A perfect and easy stream of music that makes you want to feel something.

Stream Music From the Past: Travi the Native

Everyone loves a reinvention and the alter ego of Travis Gilbert is no exception. Beginning as Travis is a Tourist, Travis Gilbert has ventured into new pastures with his new identity; Travi The Native. Merging multiple disciplines, to redefine his sound, Travi The Native struggles to settle on a single genre and the influences are obvious throughout.

Travi The Native does not shy away from discussing difficult themes throughout his work. Discussing personal struggles, he appears on a crusade to share views on the viciousness of social media, the fluidity of mental health, and engage with the issues of toxic masculinity. An unforgettable voice, Travi The Native has a sound that Irish artists have become famous for. Northern Ireland’s answer to Father John Misty, make sure to see Travi The Native in concert. Stream Irish artists you won’t forget.

Not just a television show, music’s own Derry girl ROE is developing into an incredible singer/songwriter. After opening for Snow Patrol in their 2018 comeback tour, ROE’s own eclectic style has engaged passionate fans as she returns from touring the European circuit. After studying music at the North West Regional College, ROE has gone to new heights even working with MOBO nominee David Lyttle and being an opener for PORTS and their debut album. Part of an exciting wave of new female artists, ROE has been nurtured in the city of Derry in the cultural Nerve Centre as part of its development initiatives. Certainly, one to watch, ROE is taking the world by storm. Part of the new local Irish music scene and not one to be missed.

For those fans devastated at the ending of acclaimed act Little Green Cars, fear not, as they have risen from the ashes. Soda Blonde is the reinvention of Little Green Cars with a vivacious new sound and look. The band features vocalist Faye O’Rourke and her band Adam O’Regan, Donagh Seaver O’Leary, and Dylan Lynch. Their debut single ‘Swimming Through the Night’ experiments with electronica and separates their sound from the American heartland they had become renowned for with Little Green Cars. A sound that has been ground on the streets of Dublin but will stand up anywhere in the world, Soda Blonde are an Irish band one simply cannot miss if you want to stream Irish artists.