Belvoir Park Belfast – The Forest In The City

Belvoir Park Belfast is located near the city of Belfast, the Belvoir Park Forest is rife with wildlife, including Large Bracket Fungi and flowering plants, such as the Giant Hogweed, as well as birds such as the Long-eared Owls, and mammals such as the red squirrels.

Managed by the Forest Service, Belvoir Park Forest walks within the forest link to the Lagan River ‘Towpath’ and the Lagan Valley Regional Park. 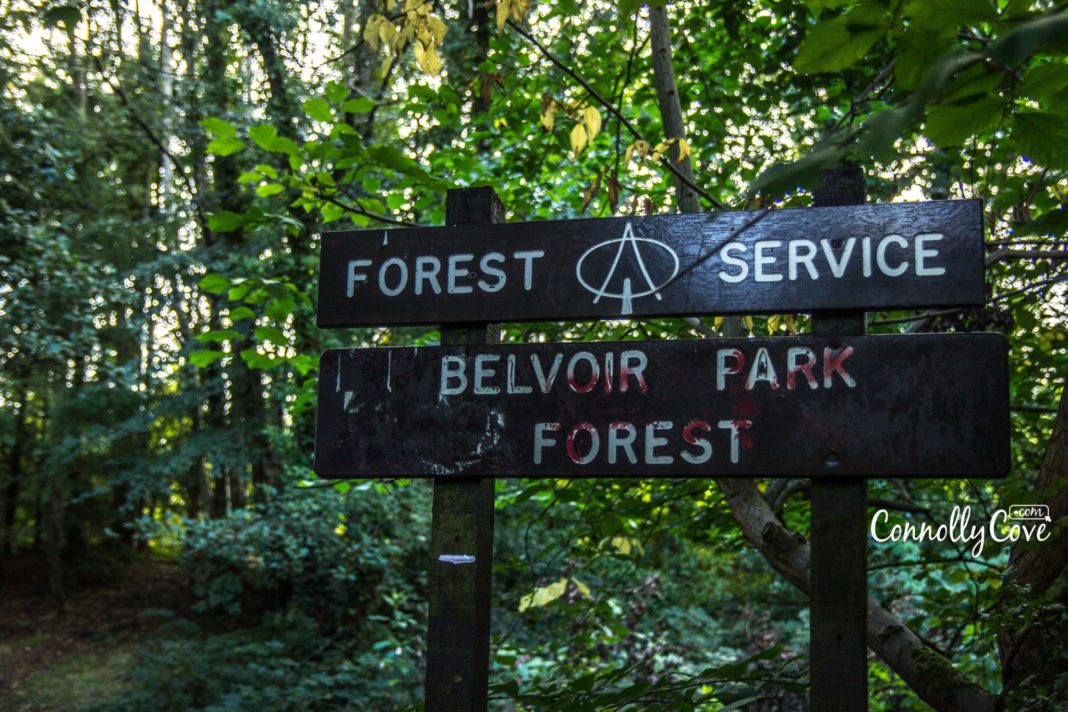 It is close to Belvoir Park Golf Club, Belvoir Park Hospital and Forestside Shopping Centre and is open to visitors 24 hours a day. 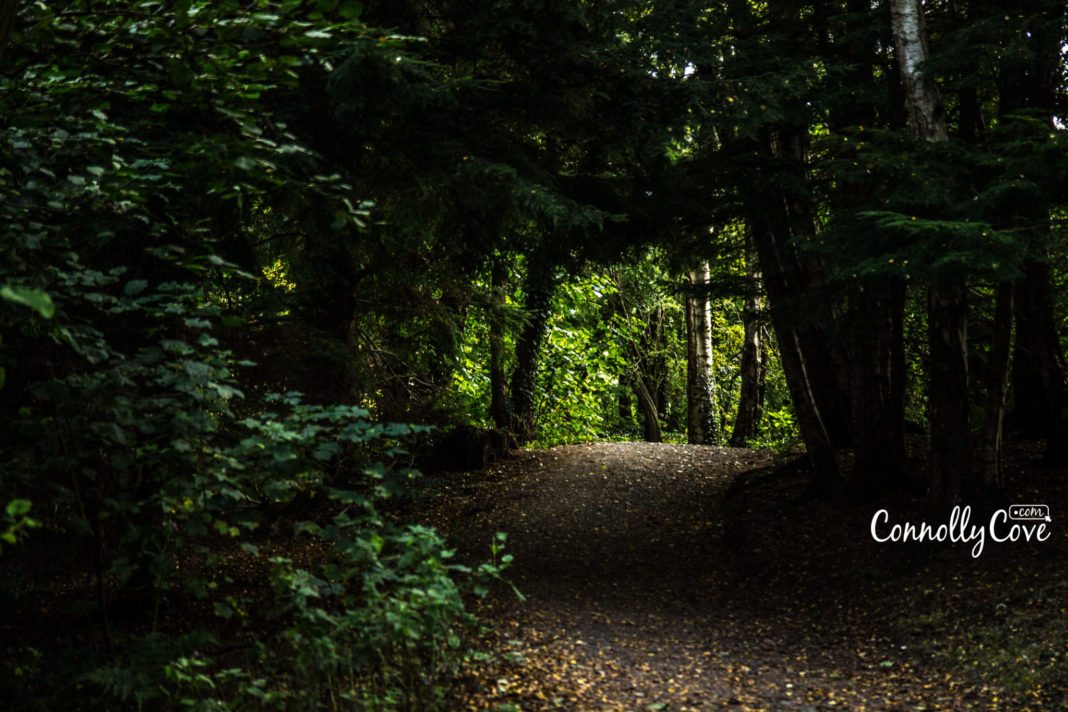 The Belvoir motte dates back to the Norman era when John de Courcy invaded Ulster and established settlements at Dundrum and Carrickfergus. The motes were set up as a defence against the southern approaches to Carrickfergus. 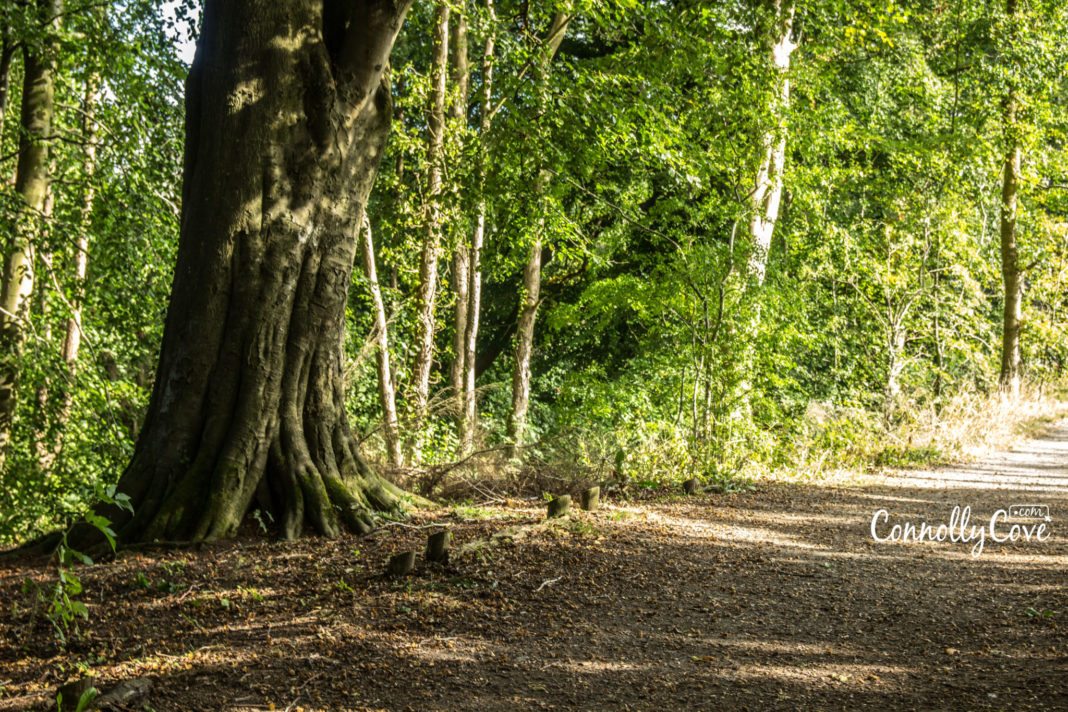 The Belvoir Park Forest is home to almost thirty-five species of birds, including common resident species, such as blackbird, song thrush, robin and woodpigeon and more unusual species such as jay and long-eared owl.

A private graveyard is located within the Park and has been in there since the 14th century. Currently, it holds the empty tomb of the Dungannon family. 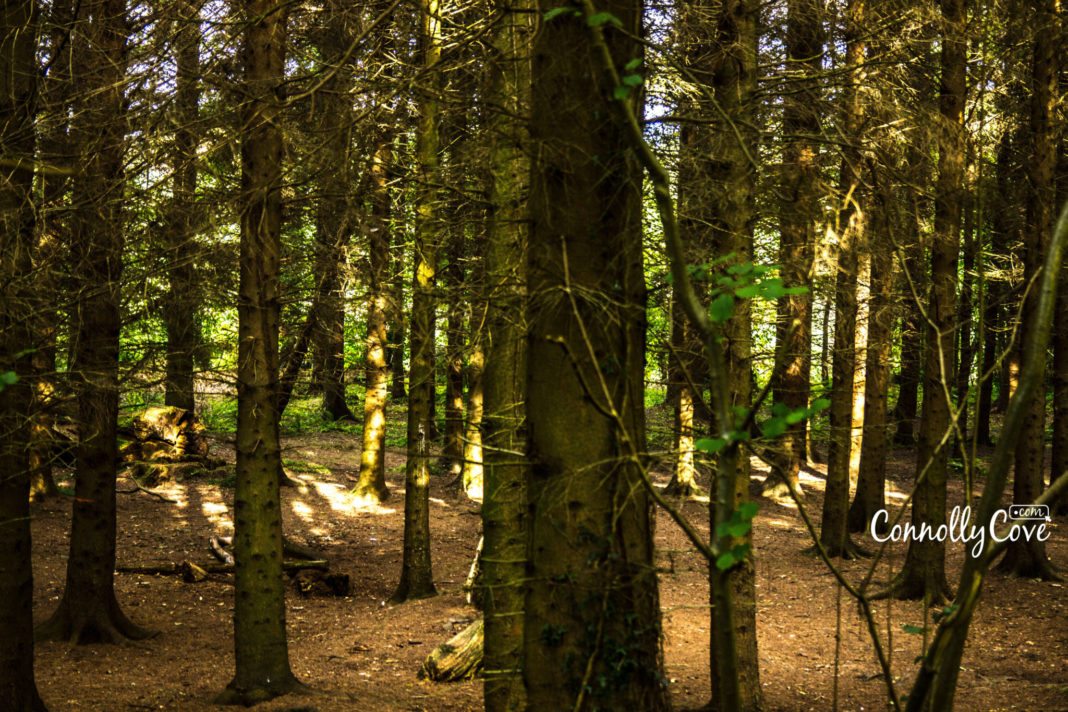 The previous estate owners, the Dungannons and Batesons, planted many trees in the park. Thanks to the, there are now numerous mature specimens of trees, such as redwood and cedar.

A Gallery of Images from the park – just click on any to enlarge:

The Hill family settled at Belvoir in the early 18th century and built a large house that stood on the site of the current car park. In the 19th century, the Hill family sold the estate to the Batesons, whose son became Lord Deramore in 1885.

The Deramores returned to England at the end of the 19th century and leased the estate to Walter H Wilson, a partner with Harland and Wolff. The last private tenant at Belvoir was Sir James Johnston, who was the Lord Mayor of Belfast in 1917-18. 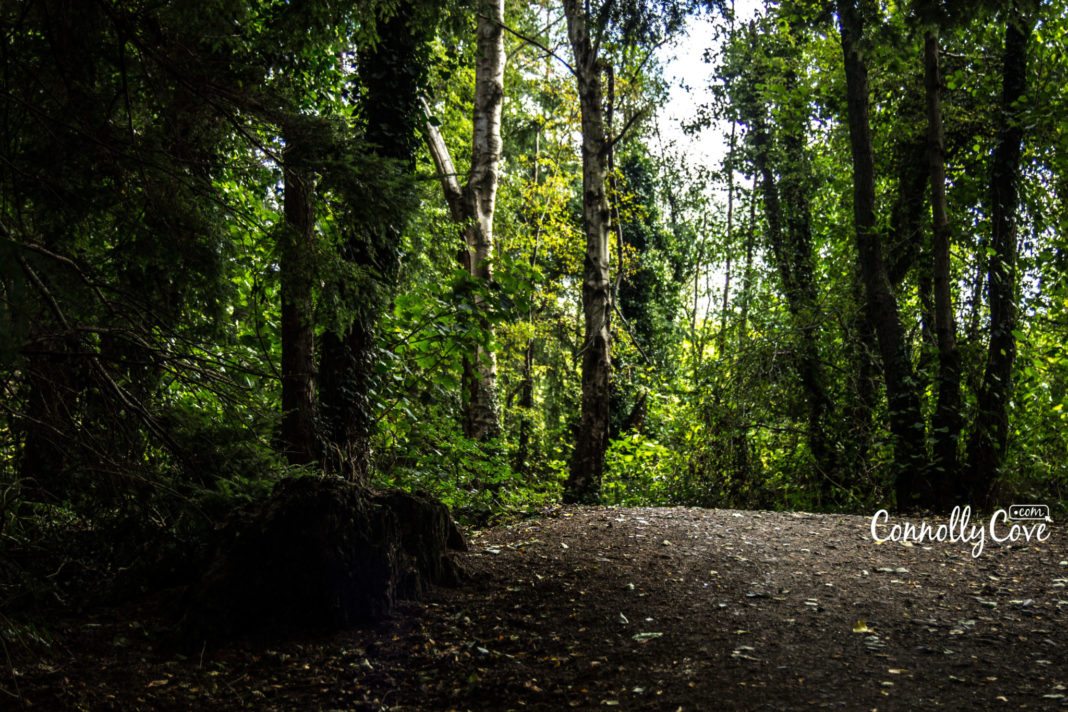 “Belvoir’s trees are living landmarks, home to thousands of species of plants and animals, yet sadly lacking the recognition they deserve”, says Nikki Williams, Ancient Tree Hunt project manager. She also adds that “anyone can visit the website and add their discoveries. Identifying their whereabouts is an important first step in securing their future – both for the benefit of wildlife and for the enjoyment of generations to come…

We want to give as many people as possible in Northern Ireland the chance to get to grips with our remarkable old trees, and Belvoir Park Forest provides the perfect venue. With its extensive parkland and woodland, Belvoir is home to an impressive number of veteran trees which have seen centuries come and go.

This event is brimming with activity. It’s a chance to learn how to identify and record our ancient trees, and it’s also an opportunity to simply enjoy the beauty of woodland. We have a creative agenda in store for kids as well, so there’s something for all the family.”

Definitely worth visiting Belvoir Forest – there are not too many forests of this size and diversity in Belfast.

Space CRAFT is a shop, gallery and exhibition area owned and managed by the Craft and Design Collective that sells products made by locals. 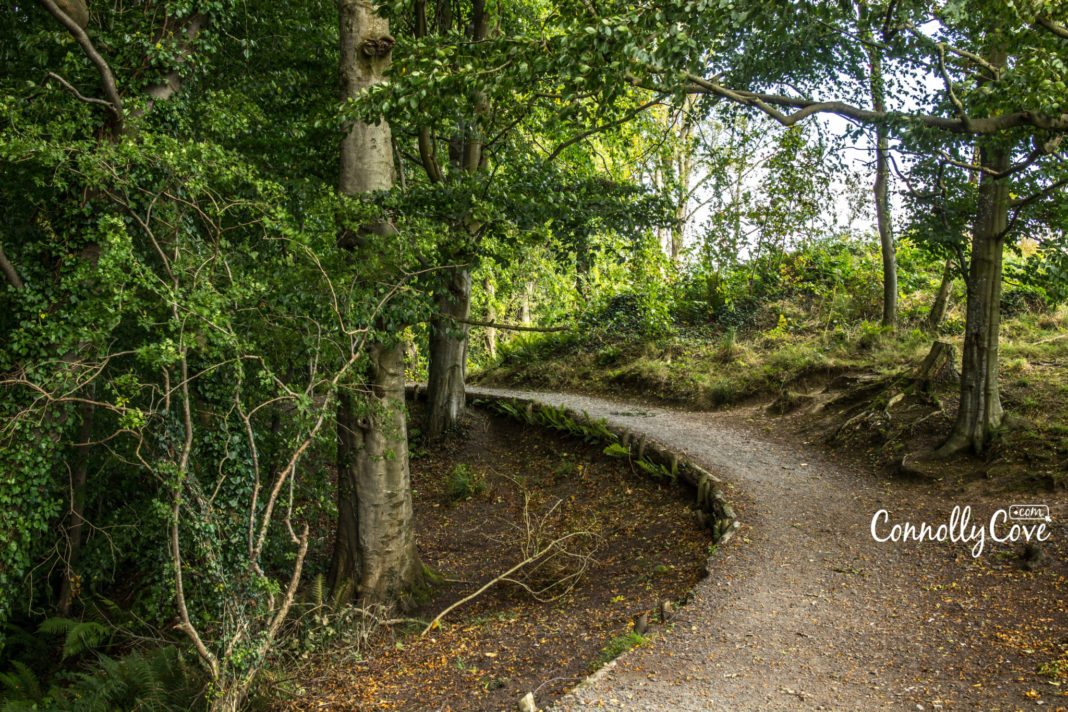 The exhibition features WWII memorials by shedding light on the Home Front, the Belfast blitz of 1941 and the presence of US forces from 1942 to 1944.

The museum showcases a variety of historical objects, including uniforms, photographs and oral histories, as well as the names of the 1100 men, women and children who lost their lives in the Belfast blitz. 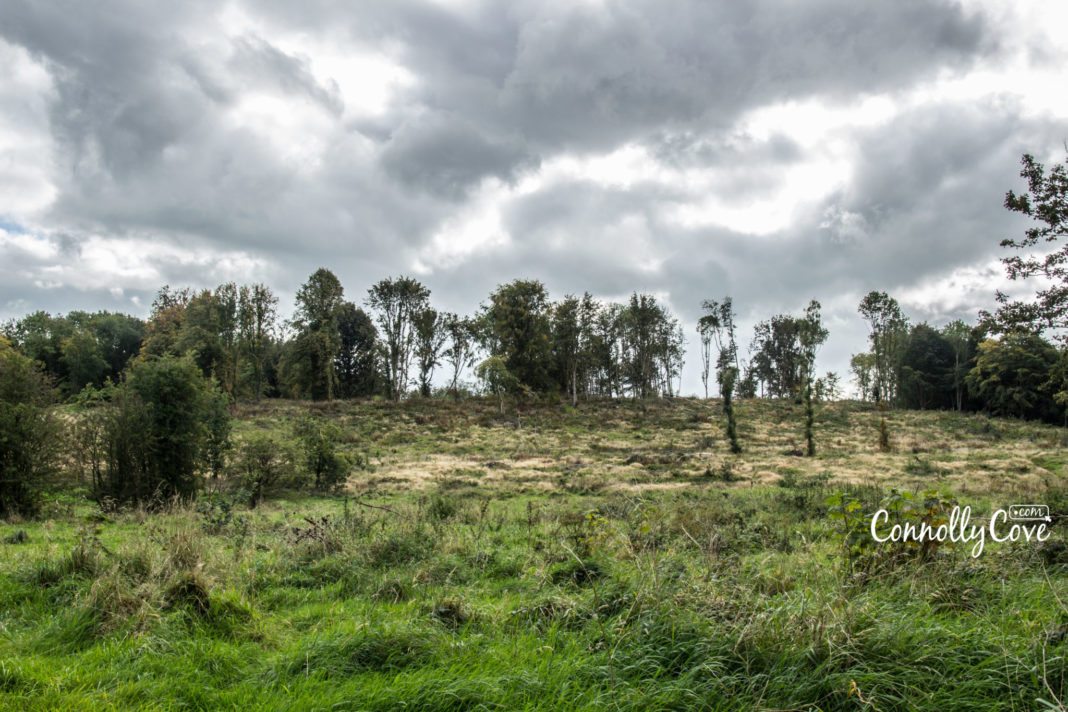 There are various original artworks on display; a stained glass memorial window by Stanley Murray Scott, a copper frieze commemorating the vital war industries in N.Ireland, an original portrait of James Magennis VC and a bronze sculpture by John Sherlock. 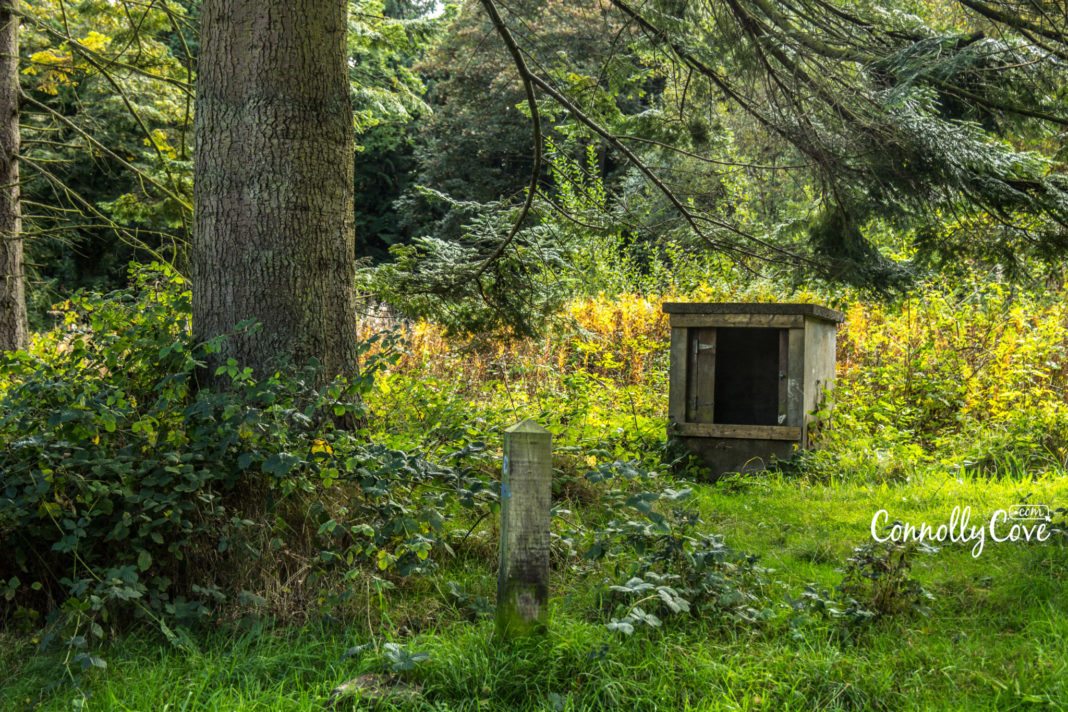 Below is a 360-degree video of Belvoir Park Belfast, best watched on a mobile device –

Have you ever visited Belvoir Park Belfast? Is it on your list? Make sure to let us know in the comments below!

Also, check out some other related blogs that might interest you: Belmore Forest: Pollnagollum Cave | Glenariff Forest Park | The Best of Newcastle, County Down | The Unendowed and Rich History of County Down | Rossmore Forest Park, Monaghan | The Gruffalo Trail at Colin Glen Forest Park