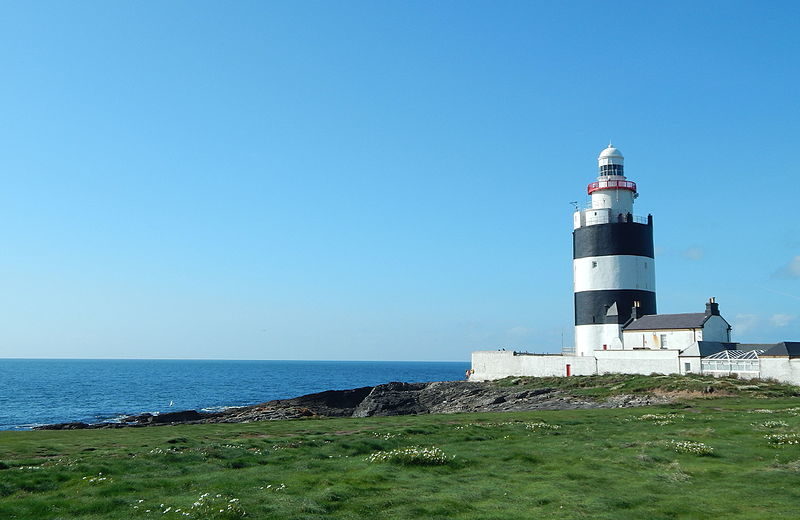 Take a trip to County Wexford and visit the world’s oldest operational lighthouse in the world; Hook Lighthouse.

The Intriguing Hook Lighthouse has often been voted as one of Ireland’s favourite attractions offering a once in a lifetime experience. Originally built over 800 years ago by Knight Willaim Marshal and tours today offer you a look back at its history and tales from the medieval times.

Keep reading to find out more on Hook Lighthouse in County Wexford.

History of the Lighthouse

Located on the tip of Hook Peninsula, you’ll find this dramatic lighthouse standing tall against the stunning County Wexford landscape. From the beginning of the 12 century, the lighthouse has helped to safely guide people along Ireland’s South- East coast. It is even believed that its beacon of light was first shined before the 12th century. It was originally called Varda Fiord (the weather estuary) by the Vikings as it was the origin of the Waterford name.

During the 5th century, a Welsh monk established a monastery on the hook peninsula, a short distance from the lighthouse. Irish legend has it that the monk lit a beacon to help protect the sailors as they approached the harbour and kept this light burning for over seven centuries. Dubhan was the monk’s name and he even gave this to the area as Dubhan is the Irish word for a fishing hook.

When Norman lord Raymond LeGros built the first structure of the tower in 1122, the monks were still living there. Later the tower was enlarged with a further building outside the already existing one and the winding staircase that leads you to the top is both located between the old and new towers.

Until 1621, the monks continued to look after the lighthouse until they chose to leave the area and the light that kept many sailors safe went out. Following this saw an increase in shipwrecks and eventually 25 years later, the lighthouse was reopened by Charles II and has since been shining brightly to guide people safely to shore.

Over time many different methods were used to power the light at Hook Lighthouse. Originally, the monks most likely created a fire by burning timber and any natural resources they could get their hands on. This fire was kept in a lantern at the top of the tower, safely protected from any weather or smoke so that it could burn as bright as possible.

By the early 1790s, a more revolutionary method was used via a series of oiled lamps that helping to achieve a very noticeable glow with the use of lenses and deflectors being adding to the lighthouse. For many years, this remained the main source of light for Hook lighthouse until it was eventually changed out with a coal gas powered light beacon. Then again in 1911, this method was replaced with new ones powered by paraffin and was used to source the light until electricity took over in 1971.

Today you can take a tour of Hook Lighthouse and make you’re way to the top to gaze out onto the spectacular views on display. Take in the history of the world’s oldest working lighthouse as you’ll learn about the daily life of the lightkeepers who served at this Irish lighthouse.  Find out all the interesting stories surrounding ‘Willam Mashal’, who was given the title of the ‘greatest knight to ever live’, and how he brought Hook lighthouse to life.

On the ground level of the lighthouse, there is a visitors center, gift shop and a cafe to check out and enjoy before you continue on the journey to learn about the historic Irish landmark.

Both are opened all year round but with different times:

(Daily tours are available every 30 minutes during July and August)

Have you ever been to Hook Lighthouse? Or any other Irish lighthouses? Let us know in the comments below.