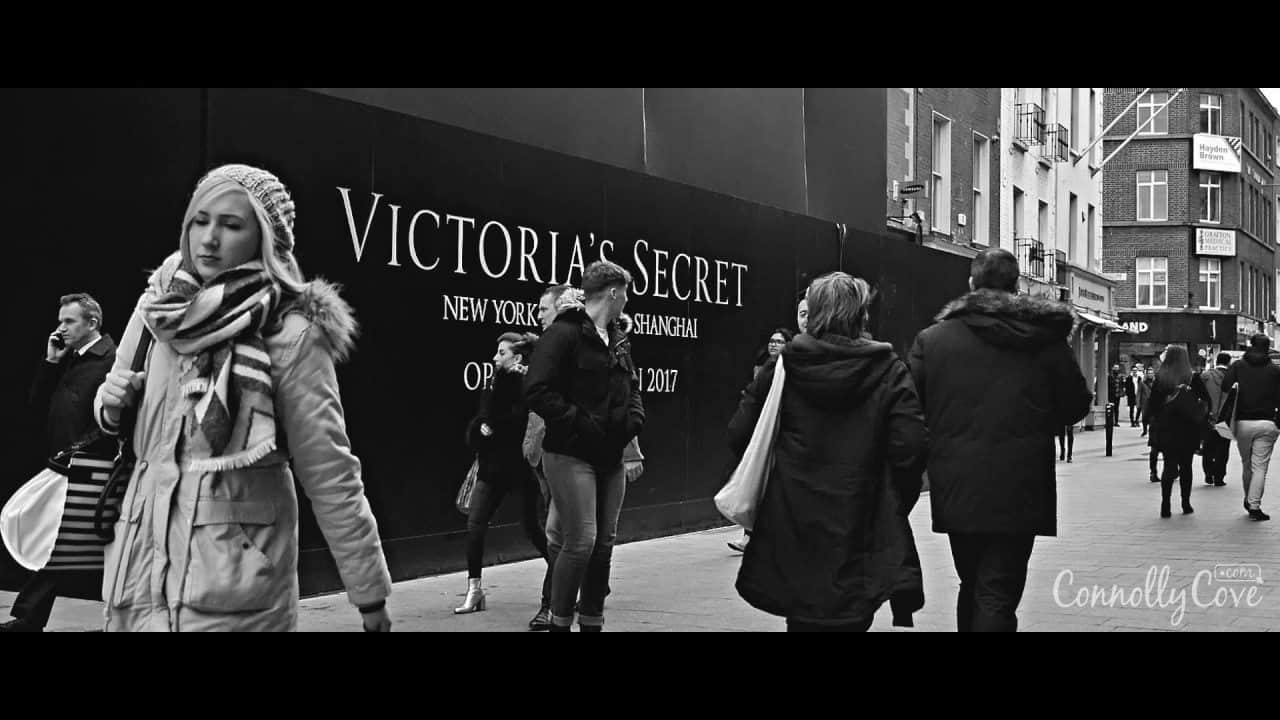 Dublin is always a popular visit when people come to Ireland, being the Captial City it has much for people to see and do. Especially when it comes to shopping, you can’t miss out on visiting the World famous Grafton Street in Dublin.  It is one of the two main shopping areas found in Dublin and has a great and interesting history.

There is an endless amount of shops to explore from designer shops and high street shops to unique boutiques and vintage shops. If shopping is your thing then you’ll want to head to Grafton Street and have a wander around. Whether you’re looking to buy something nice, enjoy some great food, have a coffee or take in the lively atmosphere then this is the place for you.

It is always good to know about the history of the area or place you are visiting and Grafton Street isn’t short of interesting history. The area was first established by the Dawsons family back in 1708. They were a very wealthy family from Dublin city itself and named the street after the first Duke of Grafton, Henry Fitzroy.

Beginning as a residential street and seen as an area that was associated with the wealthiest of people in the 18th century. At this time the Whytes Academy was created, a grammar school where many of these elite people of Dublin attended. Notable names which attended this school include Thomas Moore, Robert Emmet and the Duke of Wellington.

The Beginning of the Shopping Area

Then there was the creation of the O’Connell Bridge in 1794 that was originally known as the Carlisle Bridge. It made it easier for people from the north and south sides of the River Liffey to get across. The Bridge also helped expand the city and for people to experience new things.

Grafton Street then started to come alive as a shopping location with many merchants choosing to sell their stuff here. Many of the buildings had been taken over as retail units throughout early 1815.

By the end of the 18th century, the area was a booming shopping location. Grafton Street was considered one of the top commercial streets in Dublin at this time. With a variety of shopping from jewellers, clothing stores, watch and clock designers and food and wine merchants.

One of Dublin’s biggest and well-known department stores also began here ‘Brown Thomas’ in 1849. It was created by Hugh Brown and James Thomas and that’s where the name came from a combination of both theirs.

The store became a very important and popular aspect of the area. The department store has often been known for its amazing and award-winning window displays. Which is still a huge part of its attractions today, you really have to check out their displays while in Grafton Street.

Another store that continues to blossom today is the well-known jewellery shop ‘Weirs and Sons’ that first opened in the 1800s. The family-run business got so popular that they had to move to a bigger location.

The new more central location meant that they continued to do well in the area. They created amazing pieces of the finest jewellery and watches that were highly sought after and still are. They have become one of the most recognised retailers in Dublin.

Grafton Street During the 19th Century

In the 19th century, Grafton Street began to be seen as not only a shopping area but a place of leisure. Many up and coming restaurants and cafes were created here and this is where you’d find many people from the city socialising.

One very famous cafe and the oldest in Dublin, known as ‘Bewley’s’ first opened its doors on the street in 1927. The cafe became a popular spot for people to relax and enjoy some great coffee.

There are many famous Irish faces who spent some time here including writers James Joyce and Patrick Kavanagh. James Joyce has even mentioned the cafe in his work ‘The Dubliner’.

The Cafe is loved by locals and tourist alike, even in more recent years has been visited by Irish singer and writer Bob Geldof.  Even on a quiet day, it’s still busy and great to sit and watch the world go by.

Even the design of the cafe both inside and out its something to be admired and appreciated. It was actually inspired by the unique Asian tearooms. A second influence on the design came from Tutankhuman’s Tomb that was only discovered three years prior to the opening of Bewleys. You are immediately drawn to the cafes six stained glass windows that make you want to stop and check it out.

In the late 19th Century there was a ban on cars from entering the area, making it a more safe and better experience for people. With a no-car zone, this allowed for street performers and great places for events to take place. Grafton Street turned into a popular spot for musicians and singers to share their talents.

Even to this day, you’ll find different people performing on the streets and they always attract a crowd. Many successful musicians have made an appearance at Grafton Street. Including U2 singer Bono who did an unannounced gig on Christmas Eve 2009 that has turned into an annual event each year since. Grafton Street has become an iconic part of Dublin to find up and coming singers, helping to create a great atmosphere in the area.

A famous feature to be added to Grafton Street is the Molly Malone Statue that was first unveiled in 1988 for Dublin Millennium celebrations.  The statue was created in honour of the female fishmonger featured in the famous Dublin song ‘Molly Malone’.

It was unveiled by the Lord Mayor of Dublin at the time ‘Alderman Ben Briscoe’. The song has often been suggested as the unofficial anthem of Dublin.

Have you ever visited Grafton Street in Dublin? Let us know your experience in the comments below.