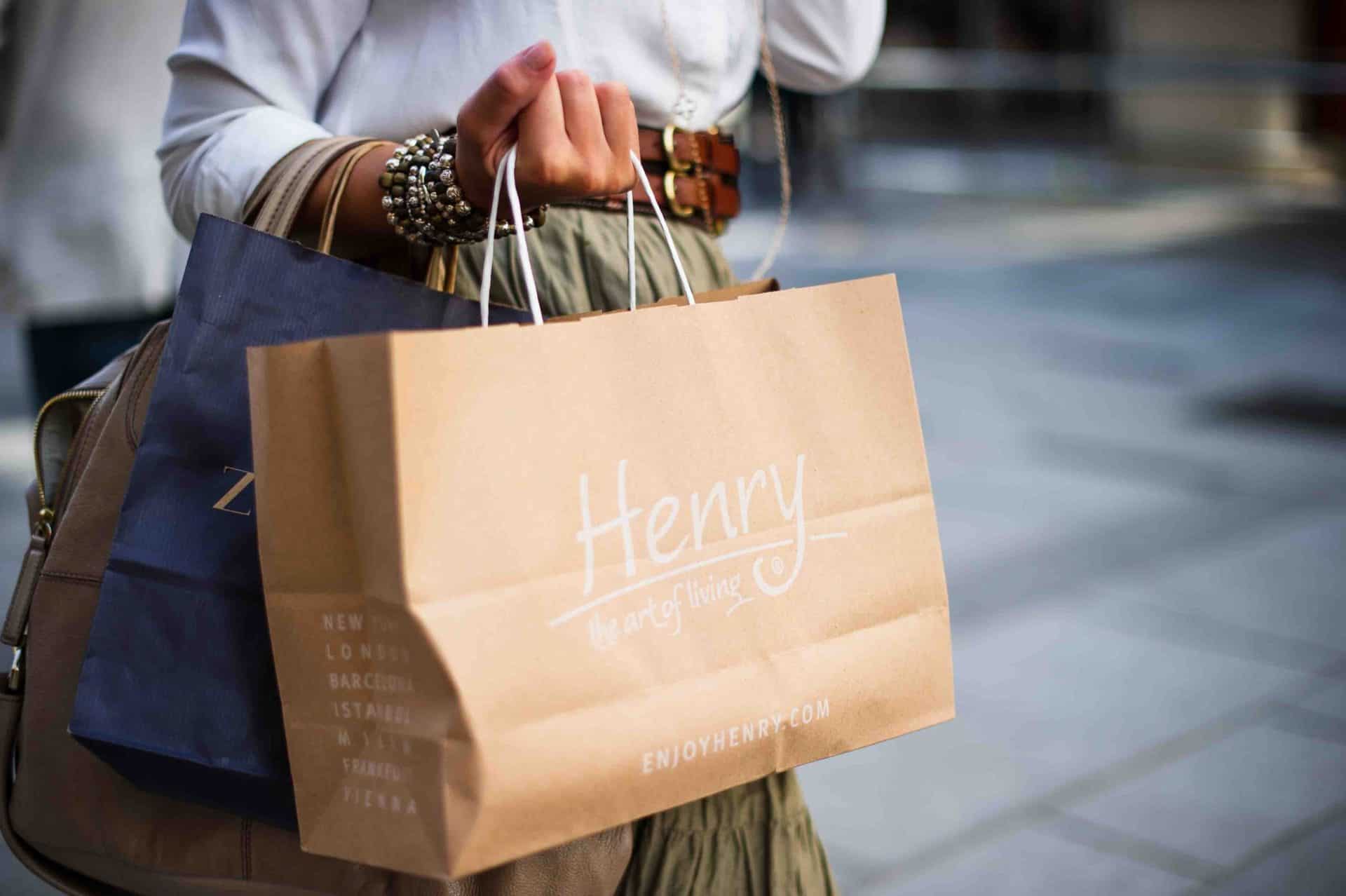 Ireland is undoubtedly one of the most popular tourist destinations in Europe. Nicknamed the Emerald Isle for its lush green landscapes, a quick stopover at it, even for a night or two, can be incredibly rewarding.

Shopping buffs will be pleased to know that Ireland is actually a treasure box of artisan, handmade, and local, heritage products. It has everything from local vibrant independent shops, a buzzing creative scene, and a well-established and fine-tuned sense of fashion and design that has put it front and centre as one of Europe’s most dynamic destinations for shopping tourism.

Wander the streets and shops around the city centre of Dublin or, better yet, drive half an hour from Dublin to the rolling countryside to explore the charming shops in nearby Kildare Village.

If the luck of the Irish is with you, you will definitely find a thing or two worth squeezing into your suitcase to bring home. Here are some insider tips about shopping in Ireland and how to get around. Slàinte!

First, a Little Bit of History

Back in the middle of the 20th century, most shops in Ireland were small family-run businesses. There was no abundance of huge department stores as it is now except for one large department store in Dublin called Clerys.

For your knowledge, Clerys was actually one of the world’s first and biggest department stores, and it was founded on the corners of O’Connell Street in Dublin in 1853. To shed even more excitement, there are plans to renovate the store and make it brim with customers again.

Since the 1940s onwards, many bigger shops started to open up in Ireland. The first-ever Dunnes Stores shop was opened in Cork in the very beginning of all of it. The first Dunnes Stores were all drapery shops, however in the 1960s Dunnes also opened up as a grocery store.

The first-ever shopping centre (mall) built-in Ireland was Stillorgan Shopping Centre in Dublin in 1966 and houses over 50 retailers including Tesco and Dunnes Stores.

Things to Shop for in Ireland

Ireland is one of the best places in Europe to go to if you are a fan of milk chocolate. Simply put, the secret to Irish chocolate is Ireland’s super creamy milk. Since Ireland is abundant and rich in healthy and nourishing green landscapes due to the country’s year-round temperate climate.

This perfect weather makes the dairy cows benefit from it and hence the cow’s milk becomes much more creamy and rich. Of course, Cadbury’s is the biggest chocolate brand in Ireland and perhaps its finest.

If you have a little more money and want to indulge yourself in a more refined taste, then head for Butlers Chocolate. They have a great and wide range of products to choose from including hot chocolate, chocolate bars, and blocks of chocolate in a variety of flavours. You can also buy a gift box of different luxury filled chocolates.

There is always something to suit everyone at Butlers (they even have Irish Whiskey flavoured chocolate!). Furthermore, chocolatiers such as Bean and Goose use local Irish ingredients like elderflower, blackberries, fennel, and rosemary in their cult-favourite confections.

Ireland is full of experts in pottery. The range runs from traditional, Celtic-themed pieces for everyday use, to one-of-a-kind, hand-crafted modern objects. You can pay a visit to craft shops like Kiltrea Pottery, Belleek Pottery and Castle Arch Pottery.

There are functional pieces such as a platter, mugs or bowl to choose from, or perhaps look for something more decorative, such as a wall plaque, or Christmas ornament.

There’s a reason that Foxford is one of the last working mills in Ireland. You see, their lavish blankets stand the test of time and they make it be very accommodating for a chilly Irish night.

Founded in 1982, the mill uses traditional techniques passed down through generations to produce blankets of all kinds, from sturdy wools to luxurious mohairs in more contemporary styles and traditional Irish tartans.

Sturdy tweed fabrics have been a part of Irish design and craftsmanship culture for many centuries. These fabrics are usually made to withstand brutal cold and rainy climates. Nowadays, County Donegal in the north of Ireland is the last fort of splendid garment manufacturing in the country.

Magee, Molloy & McNutt is the largest remaining mill in the country and dates back to 1866; the mill produces much of the region’s tweeds as much as others are produced at homes of local artisans. Handweaving itself is a fascinating skill that has been passed down through the generations.

What’s fascinating is that every single stitch is steeped in tradition and symbolism: the cable knits symbolise fishermen’s ropes and a wish for a massive catch; diamond stitches symbolise the Irish moss farmers use to fertilize fields; zig-zag stitches recall the craggy cliffs along Ireland’s coast.

Our Recommendations for Shopping In Ireland

Whether it’s the old aroma of renowned fancy department stores that you crave or the glamorous nature of open-air markets and stationaries, there is always something within walking distance in Dublin’s city centre.

The Dundrum Shopping Centre has become the prime suburban shopping centre in the country and features a broad range of shops and restaurants to keep you occupied for the entire day.

There are several high-end department stores that feature all the lavish products you can think of, while boutiques, sports, supply shops and baby-oriented stores all under one roof. The centre itself is airy and bright with the Mill Theatre nearby as well as mini-golf park and a cinema there is plenty to occupy both adults and children with well into the evening.

The shopping center will definitely make for an enjoyable experience of shopping in Ireland!

The Blanchardstown Centre is one of Ireland’s biggest shopping centres. It is a 2 storey shopping mall and includes 120 shops, restaurants and a nine-screen multiplex cinema. The main entrances are highlighted by large pavilion structures with white steel superstructures incorporating coloured sails.

A fresh, crisp, bright interior is created by extensive use of natural light and ventilation, and a selection of internal finishes, including light-reflecting mirror, ceramic tile flooring, stone cladding and white plaster ceiling and walls. Planting internally and externally is extensive.

The 27,500 square-metre Whitewater Shopping Centre opened its doors in April 2006 and has more than 70 retailers including Debenhams, Marks & Spencer, Boots, Starbucks, River Island, Zara and H&M. The centre is Ireland’s largest regional shopping centre. It also has a 6-screen cinema which opened in December 2009 and approximately 1,700 parking spaces.

The Mahon Point Shopping Centre is the second largest shopping centre in Munster. With over 2000 free parking spaces and over 50 shops, you won’t get bored in this amazing centre.

Mahon Point has a wide range of retail outlets including Debenhams, Oasis, Zara, Next, Monsoon, French Connection, Carraig Donn, Champions Sports, Best Menswear and Pamela Scott. For the kids, there is a Kid zone centre for the younger ones and a cinema for the older kids.

With many places to sit down and eat, you can spend the entire day at Mahon Point Shopping Centre, a great shopping in Ireland experience.

Since 1996 Jervis Shopping Centre has established itself as one of Dublin’s most successful and vibrant shopping destinations. It is strategically located on Dublin’s busiest shopping streets: Henry/Mary Street. The place is also in close proximity to Temple Bar and O’Connell Street.

Its tenant line up includes a carefully selected mix of domestic, UK and European retailers such as Miss Selfridge, M&S, Bershka, Next and Stradivarius and essentially houses a wide range of stores from fashion, books, music, technology and an envious selection of dining options on several floors. The car park accommodating 750 vehicles is accessed via Jervis Street.

Eyre Square Centre is the most modern shopping centre in Ireland that also has a historic element in it. Located in Galway City, the centre is a very lively and attractive meeting place offering over 70 shops including a mix of local Irish retailers as well as the best-known.

Brands from the high end including Penneys, New Look, JD Sports, Mothercare, Specsavers, Vera Moda, Jack and Jones, Dunnes Stores, and many more. The Shopping Centre also has a selection of cafe style eateries offering shoppers a range of choices from tasty nibbles to coffee and snacks.

At the top of Grafton Street and at the heart of town stands a striking iron and glass shopping destination called Stephen’s Green Shopping Centre like ones you have never seen before. Always crowded with local visitors and tourists, the retail hub’s impressive interior is very astonishing to look at and boasts elegant balustrades and elegant staircases, a giant centrepiece clock and gleaming glass roof and dome.

Over 100 shops inhabit its three levels, from the large Dunnes at the back too many smaller independent units dotted throughout offering an abundance of retail possibilities and a myriad of gift goodies.

Interrupt your shopping and enjoy dessert, coffee and a spot of people watching at The Dome Restaurant. Opened in 1988, the centre is definitely worth your time.

The ILAC Centre is located off Henry Street and borders Moore Street across from the Dublin Central site. A substantial refurbishment of the ILAC shopping centre was completed in 2008 to accommodate the needs of the everyday shopper.

It consists of 27,084 square meters of retail space excluding anchors and connected to 1,000 car spaces. ILAC is brimming with Dunnes Stores and Debenhams.

Shopping in Ireland is underappreciated. Whether you’re after jewellery by a local contemporary designer or buying traditional goods, the options are exciting and vast. You will get to sample Dublin’s best cinnamon buns and picnic-picking at gourmet food halls.

Not to mention scoping the city’s ‘antique street’ and pouring over Irish poetry in an independent bookstore, going shopping in Ireland should be an unmissable experience for anyone visiting the Emerald Isle.

A Guide to the Best Belfast Hotels

The Aran Islands: One of the World's Best Island Destinations