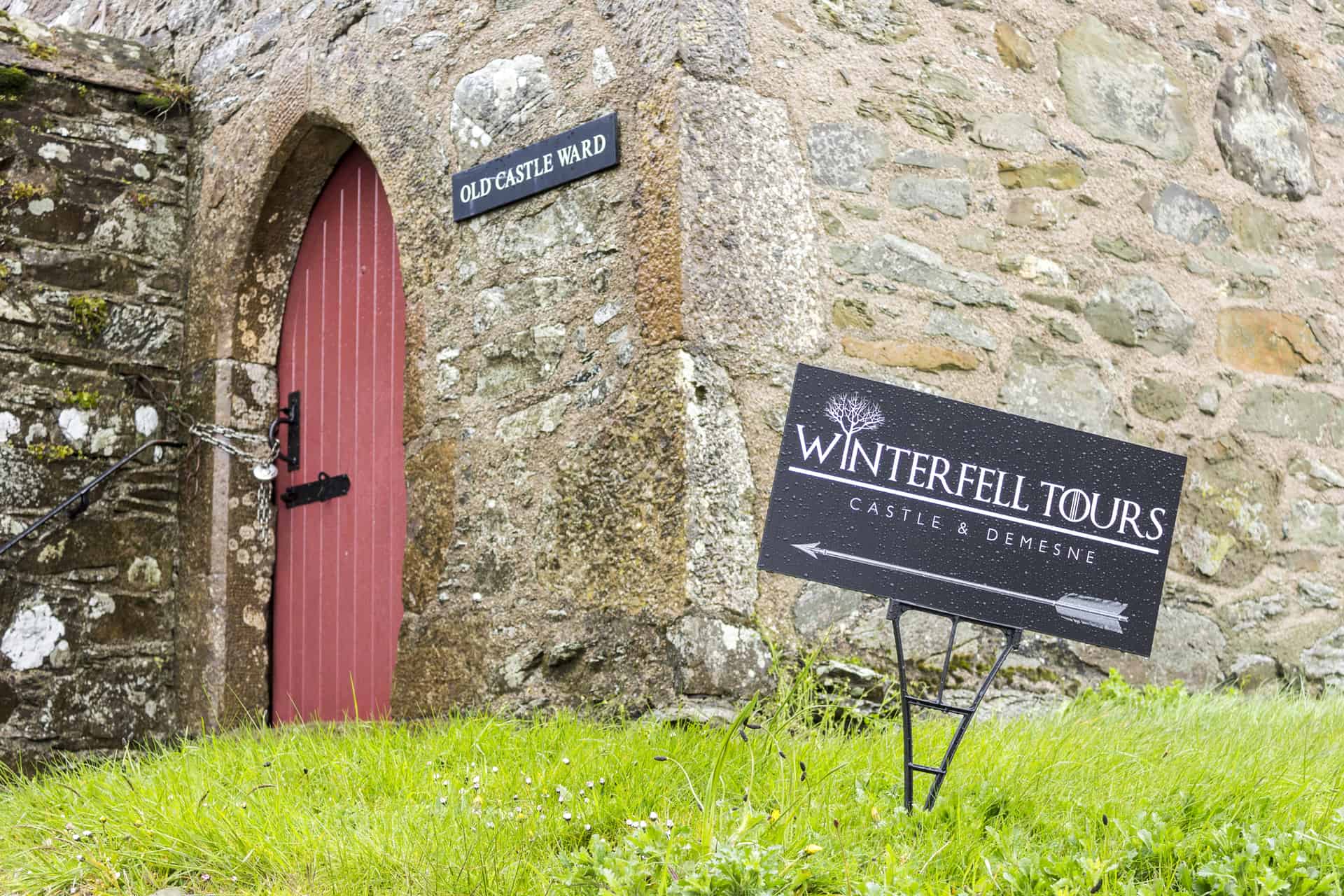 Calling All Game of Thrones Fans…

Are you a fan of Game of Thrones? Have you ever wondered where those captivating scenes were actually filmed? Well, wonder no more because we’ve put together a comprehensive guide of the Game of Thrones filming locations in Ireland.

Now, you can plan your trip around Northern Ireland to centre on the most well-known and visited locations where your favourite characters have been! From the Dark Hedges to the Mourne Mountains and Downhill Beach, wet your appetite until the drought is over and the final season arrives in 2019!

The most photographed location in Northern Ireland, the Dark Hedges even played host to the popular Game of Thrones series as a scene was filmed there. It has been voted one of the top five most beautiful tree tunnels in the world.

The Dark Hedges were first planted during the 18th century by the Stuart family, who set up the rows of beech trees in order to impress visitors who approached the entrance to their grand mansion, Gracehill House. The mansion was named after James Stewart’s wife Grace Lynd.

The beautiful trees are now protected by a Tree Preservation Order issued by the Northern Ireland Planning Service. Moreover, the Dark Hedges Preservation Trust was supported by a Heritage Lottery Fund (HLF) grant of £43,000 in 2011 to ensure the uniqueness of these trees is preserved and perpetuated for many decades to come.

Due to their unique structure, the Dark Hedges has been used as a filming location for the widely popular HBO series Game of Thrones. It is mainly featured as The Kings Road in season 2, Episode 1 right when Arya Stark escapes from King’s Landing travels north on the King’s Road.

After that, the location has become even more popular with thousands of tourist visiting each week after seeing it on TV. Everyone wants to get a glimpse of the iconic trees located in Northern Ireland.

The stunning surroundings of the Mourne Mountains were used on three different occasions as filming locations for Game of Thrones. In the Game of Thrones season one, the location was used to film the entry to Vaes Dothrak.

Vaes Dothrak is where the Dothraki leaders (khalasars) gather and meet to trade, but not to fight as it is considered a place of peace.

Vaes Dothrak is the only city in the Dothraki Sea that is located near the far northeastern edge of the region. The entrance to Vaes Dothrak is marked by two large statues of a pair of stallions.

In season three, the show moved a bit to the nearby Tollymore Forest to film Theon’s attempted escape from the torture he’d been suffering from at the hands of Ramsey Bolton. Ramsey holds Theon captive and tortures him mercilessly both physically and mentally; turning him into a completely broken man and renaming him “Reek”.

Tollymore Forest Park appeared once again as the Haunted Forest, where the White Walkers first appeared to make their move southward attempting to rejoin the rest of the human world. It’s also where the Starks discover the direwolves that the Stark children chose to keep as pets.

Leitrim Lodge, located down at the foothills of the Mournes was the location of the north of Winterfell where Bran first meets Jojen and Meera. The Mournes are known to have inspired author CS Lewis to create the magical world of Narnia.

Downhill Beach comprises a section of a 7-mile long beach which begins from below the cliffs of the Mussenden Temple all the way to the Causeway Coast at Magilligan Point, including Benone Strand.

The Beach offers a wide variety of entertaining activities for families and individuals alike, including water sports, such as windsurfing, in addition to horse riding, scenic walks, and all the necessary facilities.

The general area of Downhill is actually an Area of Special Scientific Interest (ASSI) as well as a Special Area of Conservation (SAC). This adds to the region’s charm as visitors can enjoy nature walks and bird watching as they appreciate the flowing waterfalls, the sand dunes, and the iconic Mussenden Temple.

Visitors will also find rocks that children are able to climb safely for fun, which makes the beach a family-friendly environment. Downhill Beach is also popular for beach angling activities.

At Downhill Beach, visitors can also enjoy views of numerous surrounding areas, such as Counties Donegal, Antrim and Londonderry. One of the closest towns to the beach is Castlerock, which is a small coastal town that provides comfortable accommodation, pubs, restaurants, and transport to visitors that can take them all the way Belfast and Dublin. Downhill Beach is also located next to several seaside resorts, such as Portrush and Portstewart.

Other means of facilitating transportation to and from Downhill Beach are two tunnels that lead to Castlerock and back, and they are Downhill Tunnel (307 yards) and Castlerock Tunnel (668 yards).

In 1846, the short section of rock separating the two tunnels was removed and the process involved 3,600lbs of gunpowder. The event was referred to as ‘The Great Blast’ and attracted great crowds, so much so that it was actually concluded with a banquet for 500 guests that was held in one of the tunnels!

Game of Thrones at Downhill Beach

The Downhill Beach is quite an iconic location nowadays as it was used in the filming of the popular HBO TV series Game of Thrones (Season 2). The location was transformed into Dragonstone, the Red Witch Melisandre burned the Seven Idols of Westeros while proclaiming, “For the night is dark and full of terrors”, a very well-known catchphrase for Game of Thrones viewers.

Melisandre originally came to Dragonstone because she believed Stannis Baratheon, one of the claimants to the Iron Throne, is destined to defeat the Great Other, the antithesis of her god R’hllor. She turns many members of Stannis’ court, including his own wife, Lady Selyse Florent, from the Faith of the Seven to her red god.

After an attempt to poison Melisandre fails, Stannis is convinced to burn all the statues of the Seven at Dragonstone. Melisandre then proclaims Stannis Azor Ahai reborn and has him pull a burning sword from the idols, declaring it to be the legendary Lightbringer.

It also became the Kingsroad, where Arya disguised herself as a boy to avoid capture. But, she was captured anyway and dragged to the hideout of the Brotherhood without Banners, otherwise known to us as Pollnagollum Cave in County Fermanagh.

Another stunning location employed for filming the series is the Binevenagh Mountain. The panoramic views were used to depict the scene as Denaerys escapes the fighting pits of Mereen and is rescued by her dragon Drogon and brought to his lair.

The Beautiful Binevenagh Mountain is located in Derry/Londonderry and offers impressive views over the North Coast of Ireland. The area has been classed as an area of outstanding beauty.

In 2016, Storm Gertrude hit the iconic Dark Hedges, however, wood from two Beech trees was salvaged and transformed into 10 ornately carved wooden doors, each depicting moments inspired by Game of Thrones.

Door 9, which is located at the Ballygally Castle Hotel depicts the Stark-Bolton battle from season 6. The door features the crests of both houses, alongside Ramsey Bolton’s hounds and Winterfell Castle.

Due to the natural caves present in the area, Cushendun was used to film several key scenes in Game of Thrones, including the scene where Melisandre gives birth to the shadow assassin back in season 2.

You will also find door number 8 at Mary McBride’s Bar located in the village of Cushendun.

The Toome Canal is a waterway that flows into Lough Neagh. It is also the location where Sir Jorah sailed on a stolen boat along with Tyrion Lannister in season 5.

Blakes of The Hollow

This Victorian bar was built in 1887 and it has now witnessed an increase in business since it features one of the Games of Thrones doors, that are strategically installed next to Game of Thrones locations. This door immortalizes the Targaryans and the Arryns.

The sprawling beaches near the River Bann at Portstewart Strand were transformed into the sweeping sands of Dorne where Jaime Lannister and Bronn disguise themselves as Martell soldiers and approach the gates of the Water Gardens, killing some soldiers in the process.

Located in the village of Ballintoy, Ballintoy Harbour was used to film the exterior shots of Pyke and the Iron Islands as Theon Greyjoy arrives back home and meets his sister Yara. It is also where he later admires his ship, the Sea Bitch.

The Larrybane Quarry beside the Carrick-a-Rede Rope Bridge has been used for 2 separate shoots for the epic TV show. It was used for Season 2 – Episode 3 “What is Dead May Never Die.” Season 6 – Episode 5 – “The Door” One of the most famous episodes? Possibly?

Larrybane, which is located just beside the Carrick-a-Rede Rope bridge, is one of the famous locations in Northern Ireland that appeared in Game of Thrones series

Also, don’t forget to check out some of our other blogs that might interest you: Game of Thrones Tapestry, The Real Direwolves, Freelancing Knights of Redemption,  Good Vibrations in Belfast: A Guide to Belfast for Movie Fans|Movies Filmed in Ireland|

Take a Bite From the Delightful Dishes of the Irish Food