The Amazing National Museum of Egyptian Civilization: the Newest State of the Art Landmark 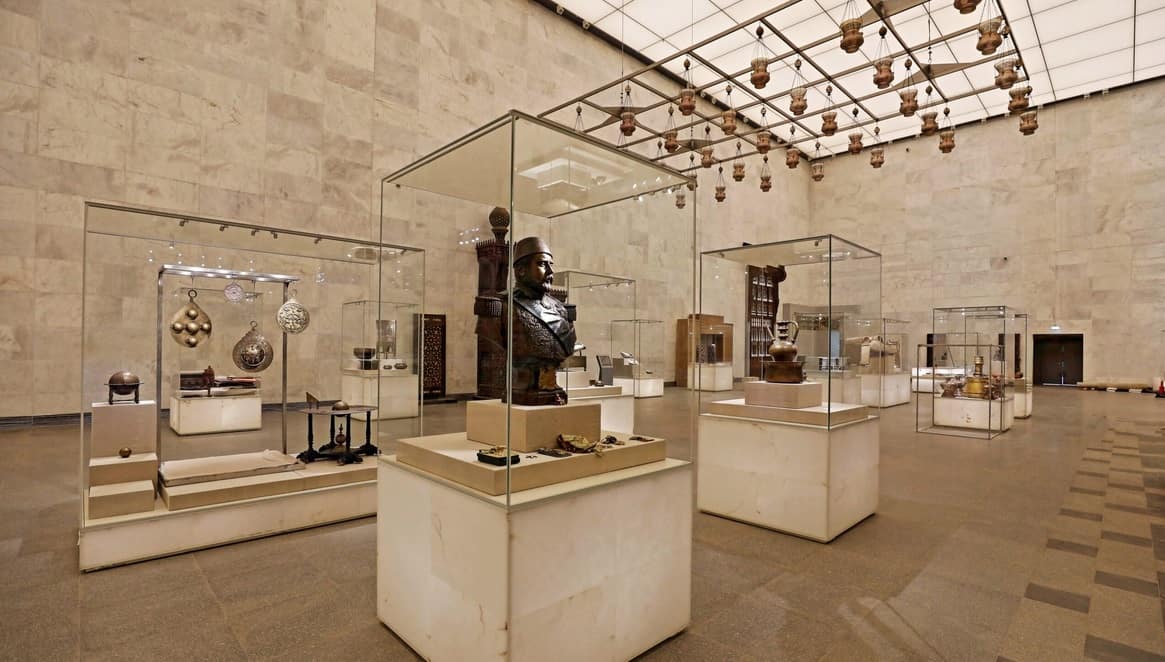 There are different things to do in Egypt and different Cairo attractions to head to and one of them is the National Museum of Egyptian Civilization in Cairo which is considered the latest addition to the Egyptian treasures and which have succeeded in attracting the eyes of the tourists so far. Connolly Cove took a tour inside the museum to know all about it.

In its essence, the National Museum of Egyptian Civilization developed as a cooperative project between the Egyptian government and UNESCO that was implemented in 2004. The role of UNESCO in the project is to provide consultancy, expertise, and build museum objectives with multi-disciplinary professionals, archaeologists, architects, designers, educators, environmentalists, and administrators. The museum, considered to be the latest addition to Egyptian landmarks, opened in February 2017 with a lot of things to be seen inside.

As soon as visitors arrive at the museum, they won’t help but notice the architectural design of the buildings that feature aspects of the Egyptian civilization such as the glass pyramid on top of the main building and the Roman/Egyptian theatre.

The museum received its first batch of a treasured collection on June 2015. The batch included ten artefacts carefully selected from the store galleries of the Saqqara necropolis which show limestone reliefs engraved with scenes depicting the daily and religious life of ancient Egyptians as well as an 18th dynasty army leader before becoming a king.

Moreover, perhaps the most important artefacts are a collection of prehistoric clay pots, the royal chair of Hetepheres, mother of King Khufu, and a small ancient Egyptian stool carved from 120 wooden pieces. A Qabbati robe textile and set of Islamic doors decorated with foliage and geometric designs with ivory are also among the distinguished items to be displayed, along with jewellery from Siwa, Nubia, Upper and Lower Egypt.

Plans to create the NMEC began in 1982 and construction finished in 2009. In 2000, its location right next to Lake Ain Al-Sira in Fustat was selected and in 2002 the large, square foundation stone — the platform of the building’s stylised pyramid design — was installed.

Unfortunately, visitors only have the chance to visit the main and only exhibition hall for now, but the upcoming two phases which contain four exhibition halls will be ready at the end of 2019. An official from the museum stated that the first phase is done with, and the second phase is expected to be finalized in the summer of this year. This phase is expected to include finalizing laboratories, the administrative and the reception departments, cinema, theatre, commercial markets, and seminar halls. The entire museum will be completed in 2020 or by early 2021.

Exhibits at The National Museum of Egyptian Civilization

As visitors further tour, they will find six featured topics that depict Egyptian civilization from early ages including ‘The Nile’ which tracks down the use of the Nile River through Egyptian history in agriculture, fishing, and transport and how the Nile transformed through the years.

The second topic features ‘The Dawn of Civilization’ where visitors can identify detailed aspects of the transformation of Egyptian civilization that tackles aspects such as education, formation of regions, and stability.

The third topic, ‘Writing and Science’, features the latest archaeological discoveries that prove that the oldest forms of writing were established by Egyptians from over 300 years ago. The fourth topic, titled ‘Material Culture’, showcases sculpture and photography, jewellery, decorations, and musical instruments formed through the years.

‘State and Society’ is the fifth topic visitors will encounter following the completion of the museum halls, that tracks down the state ruling system starting from the oldest state in Egypt.

The final featured topic titled ‘Benefits and Beliefs’ highlights Egyptian beliefs and formation of religion and confirms that Egyptians were never slaves of statues according to NMEC’s official website.

The new Egyptian landmark has taken some collections from other museums in the country, such as the Egyptian Museum, the Coptic Museum, the Museum of Islamic Art, the Manial Palace and Museum in Cairo, as well as the Royal Jewelry Museum in Alexandria, all in effort to make NMEC the hub for Egyptian civilization like its counterparts in London, The British Museum and the Louvre in Paris.

A State of the Art Landmark in the Heart of Cairo

While it’s still got a long way to go, antiquities amateurs and tourists from all over the globe and locally will definitely enjoy the new, innovative ideas presented by the museum as NMEC marks the first and biggest civilization museum in the Middle East.