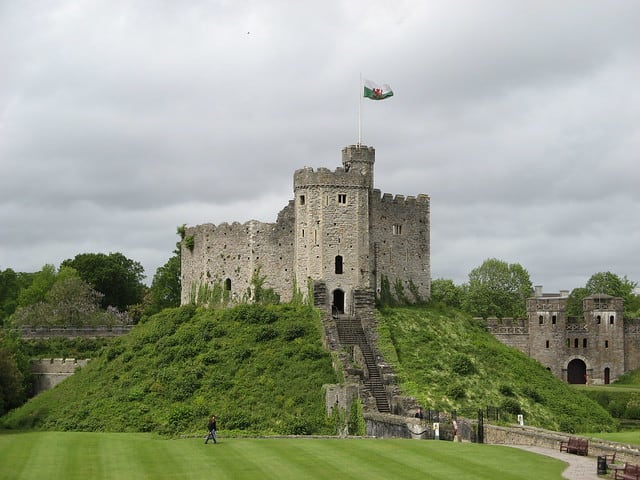 Are you visiting the Welsh Capital Cardiff and wondering what to do in the city? We’ve compiled a list of the unmissable Cardiff Attractions for you!

Cardiff is the capital of Wales, and it’s the largest city in the country. The city is located south Wales with a population of 346,090 according to the last national census taken in 2011. Cardiff is a melting pot of history with Welsh, English, Latin and Norse heritage.

Cardiff also has a rich cultural background handed down from the Romans and Normans which transformed Cardiff from a small town to a big industrial and international city.

It is a beautiful city with many attractions and has many cultural sites, such as Cardiff Castle and Wales Millennium Centre. There are a lot of things to do around the city, so it’s a great place to spend your vacation.

The city was ranked the 6th best tourist attraction in the world by National Geographic in 2011. Let’s take you for a tour of this wonderful city to see its wonderful landscapes and the best places to visit.

What are the Cardiff Attractions you can enjoy?

The castle is located in the centre of the city, surrounded by beautiful parks. It has a rich history of more than 2000 years. The Norman architecture style in the castle is a sight to behold, but it has a mix of Roman styles in it as well. Any visit to Cardiff won’t be complete without visiting this castle.

The museum was officially opened in 1927 in the centre of Cardiff. It’s a place where world-class art and natural history meet. It also contains displays of Wales’ natural history and national art. Its impressive art collections and fossils will blow you away.

The paintings in the museum are the best in Europe. As for natural history galleries, the museum contains wins for animals, birds and insects. Among its most notable holdings is the largest leatherback turtle and the huge skeleton of a Humpback Whale.

The centre has all kinds of water sports, and gives you the only rafting course in south Wales. It was built in 2010 and took two years to be constructed. The centre is the first in the United Kingdom. You can do many water activities at the centre, like surfing, canoeing and kayaking. You can also have birthdays and educational sessions so you can find anything to do there in groups.

The Big Pit National Coal Museum is a big industrial heritage museum that used to be a working coal mine from 1880 to 1980. The museum reveals the welsh heritage in coal mining that took place during the industrial revolution. It includes a sawmill, winding house and baths. Visitors looking for unusual attractions will definitely enjoy this museum.

Located in the centre of the city, it was built since the city was founded in 1906. The city hall is surrounded by gardens, trees, and architectural landmarks. Besides hosting national and international events, the city hall organizes popular weddings and celebrations.

It was built in the 12th century near the river Taff in the city of Llandaff until 1922 when it became a part of Cardiff city. Llandaff Cathedral is one of the most beautiful landmarks in the city. The church was severely damaged during the English Civil War and World War II. It’s one of Cardiff’s main attractions as an impressive religious building which dates back to 1400 years.

A magnificent stadium and a great symbol, not only in Cardiff but in all of Wales, it was built quickly in order to host the Rugby World Cup in 1999. The stadium also hosts many events like musical concerts and the 2012 Summer Olympics football events. When you visit the stadium you can see the Rugby museum, the player tunnel and dressing room. The stadium seats up to 74,000, and it’s the home of the national Rugby team.

It’s the main park in Carrdiff, and is composed of 130 acres of gardens and more than 2000 trees. It’s also one of the largest parks in the United Kingdom. The park hosts many events throughout the year and is the most visited park in Cardiff. It’s a perfect place to spend a day, lying down on the grass beside the river. It contains tennis courses and football pitches as well. The park opens every day at 7:30 am and closes before sunset.

Be sure to taste the local food around Cardiff for a nice experience at some of its best restaurants where you will eat traditional welsh food and be amazed by the decor of most of the restaurants around the city. Let’s take a look at some of Cardiff’s restaurants that you may be interested to see.

Built-in 1877 and located in the city centre of Cardiff with French-Italian designs. The restaurant serves welsh style dishes, and after dinner, you can try the delicious desserts like tarts, or have a drink at the restaurant’s bar.

A vegetarian restaurant serving healthy and vegetarian food, it’s also a market where you can buy food. You can feel the Cardiffian culture when you enter the restaurant with its local artwork and global music.

The restaurant is considered one of the best in town with its Indian cuisine which is very popular in the UK. You will be really impressed with the high quality of the food served at this restaurant.

These are the most famous and historic places in Cardiff. Of course, there are many more places to visit, but we picked some of the best places that are a must-visit if you’re ever in the city.

If you enjoyed this blog, check out some more places/things to do around Ireland and the UK:

A Guide to Scotland: Attractions and Must-See Places | Things to do in Wales | Striking Lighthouses in Scotland| Killybegs: The True Gem of Donegal | Wicklow Town: The Heart of County Wicklow|