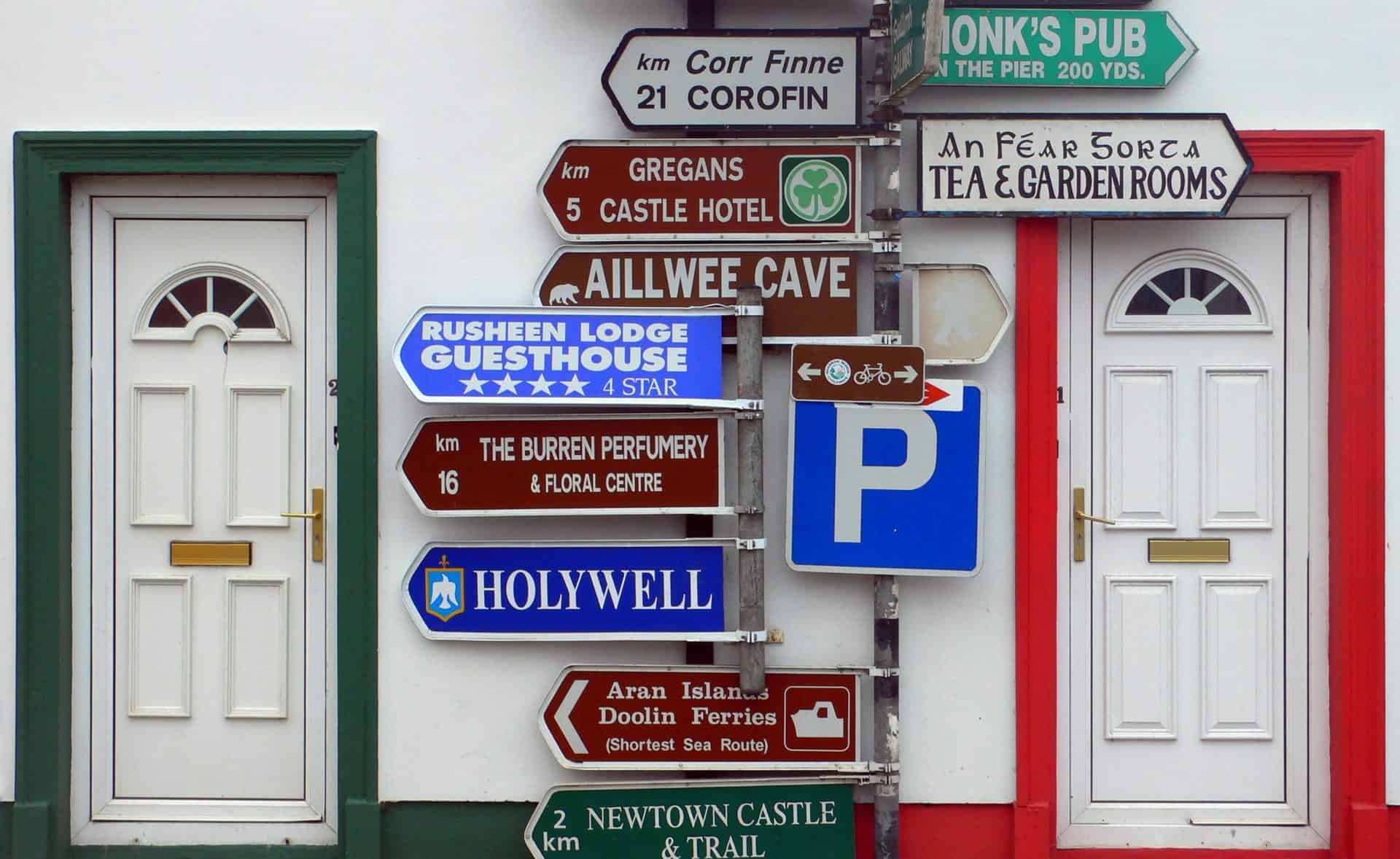 Ever wondered why you see recurring letters in place names when in Ireland? Come on a journey with us as we at ConnollyCove explore the hidden meanings behind town names in Ireland.

If you have ever studied a map of Ireland or even driven through some of the towns, you will begin to realise that parts of each place name will appear over and over again. This is true of more cultures than just Irish, for example, in England you find that ‘borough, pool ham and chester’ are recurring words.

Irish town names can trace their ancestry from three main language families. Gaelic, English and Viking.  Many town names are made up of descriptions of the town in Irish. Driving through Ireland you will see the word ‘Bally’ before a lot of the town names.

‘Bally’ is one of the most popular words in place-names in Ireland, this images shows every place-name which begins with ‘Bally.’

You may be wondering why Dublin is called Dublin if the Irish is Baile Átha Cliath. This is because the word Dublin was anglicised from the Viking name ‘Dubh Linn’. It was often the case that the Vikings and Gaels had different names for the same place however only one ever survived.

Baile Átha Cliath was never used to refer to the city of Dublin although it has been appearing as such on road signs in the past few decades.

Dublin isn’t the only name that derives from Viking. Donegal or Dun na nGall which means ‘fort of the foreigners’ also comes from Viking and the foreigners being referred to are the Vikings who settled in Ireland between the 8th and 10th centuries. County Donegal also has another, older Irish name which is Tír Chonaill or ‘Conall’s land.’

Conall was the son of the legendary ancient Irish king, Niall of the Nine Hostages who ruled in the fourth century. The Vikings first invaded Ireland in the eighth century. They chose many town names in Ireland , some of which can still be seen today. Wexford is derived from ‘Esker Fjord’ which literally means a landing place for sheep.

The word knock is a Gaelic word meaning ‘hill.’ You may have seen this in various  town names in Ireland such as Knock (County Mayo), Knock (County Down) and Knockmore (County Antrim) which means ‘the great hill’.

Carrickfergus was once known as Knockfergus hundreds of years ago. The earliest known name for the area of Carrickfergus was ‘Dun-so-barky’ meaning ‘strong rock or hill.’ In the sixth century, Fergus Mor left Ulster to found a kingdom in Scotland but was drowned when returning.

It is believed Mr. Mor was buried in Monkstown, Newtownabbey. After this, they are was called various names including Carriag na Ferg, Krag, Carriag, Knock, Krag Fergus, and of course, Carraig Fhearghus, meaning ‘rock of Fergus’.

New towns that were founded after English had taken over Gaelic in the island of Ireland as the main language, naturally had English names. For example, Waterside (County Londonderry) Celbridge, (County Kildare), Lucan (County Dublin) or  Newtownabbey; (County Antrim).

Newtownabbey, Irish Baile na Mainistreach, is a town and former district (1973–2015) within the former county of Antrim, now in Antrim and Newtownabbey district, eastern Northern Ireland. It was formed in 1958 by the amalgamation of seven villages.

Some place names are still changing to this day. In 1837 the town of Newtownards was spelt Newtown-Ardes. The town of Limavady was previously known as Newtown-Limavady

Some Irish and English versions of place names are completely different. Many Irish places were named by English settlers who either named them after themselves or after their King in order to gain favour.

For some of these places, the English name stuck however in others, the Irish name continued to be used alongside the English. Brookeborough, a town in County Fermanagh was named after the English ‘Brooke’ family. Many refer to it as Achadh Lon which means ‘field of blackbirds’ in Irish.

Now you are more aware of why certain place names exist in Ireland you will be able to keep an eye out for them should you visit. To find out more about Ireland continue you browse different articles on the ConnollyCove website, your one-stop shop for Irish culture and heritage information.

Best Things to do in Sligo, Ireland 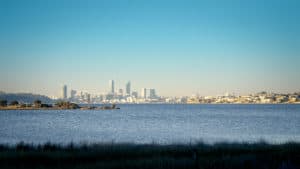 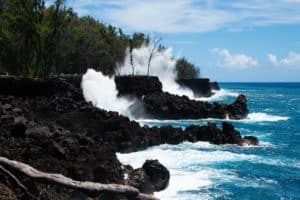