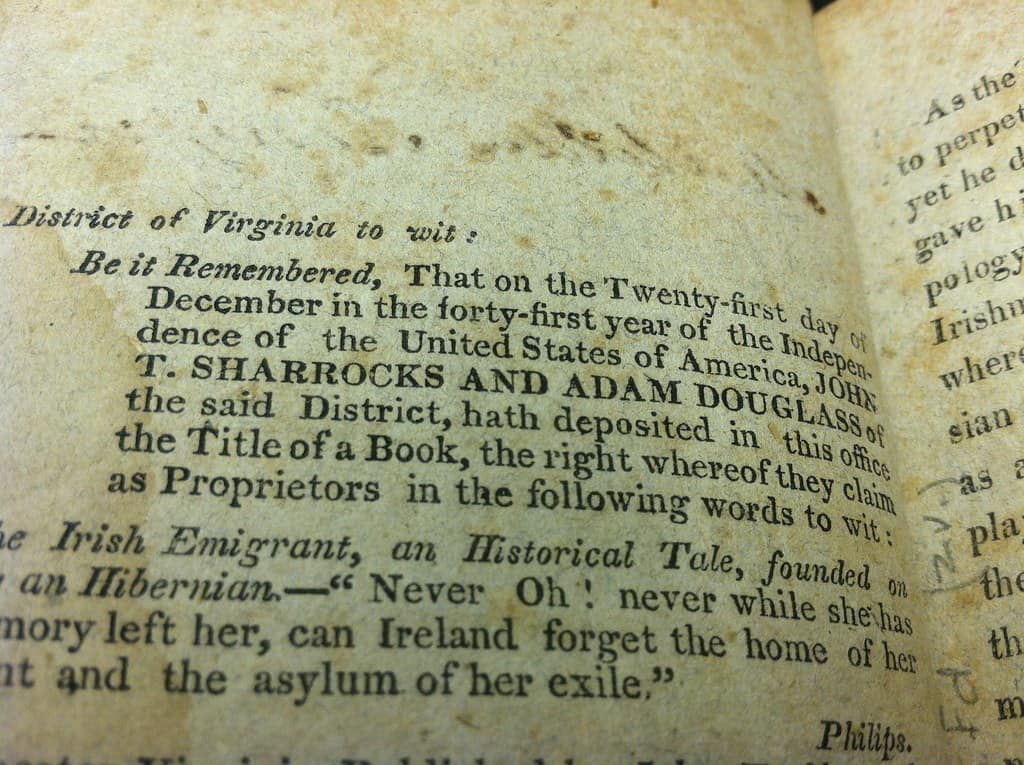 The island of Ireland has had an assortment of nicknames over the years. From the Emerald Isle to the Land of Saints and Scholars, there is one thing that has become synonymous with the latter nickname – Irish literature. Irish literature is considered some of the most intelligent and popular prose with several Nobel prize winners hailing from Irish shores. Irish writers like James Joyce have left a literary legacy that has solidified Ireland’s place on the globe as a literary powerhouse. With some of the best poets reminiscing over the green pastures of Ireland, the literature has allowed for people to romanticise the space, promoting tourism in the island. With an array of Irish novels to read, find your favourite today.

Arguably the most famous and nuanced of Irish writers, James Joyce was famed for his experimental use of language, developing new literary techniques that have become canon today. After attending University College, Dublin, James Joyce intended to study medicine as a means of supporting his writing. This plan was soon abandoned and he left Dublin for Paris and wrote book reviews for an income while studying in the Sainte-Geneviève Library.

His mother requested his return due to her decline in health and so he returned to Dublin. Joyce began writing his novel based on his life experiences but was still in need of money. Noticing an advert for short stories with an Irish background in a farming magazine, James Joyce sold stories to the editor, George Russell, for a pound each. These first three stories were published, and eventually would be known as his work ‘Dubliners’, appearing in print in 1914, published under the pseudonym Stephen Dedalus.

After finally settling in Trieste with his partner, Nora Barnacle, and children, Joyce became more serious about his literary endeavours. After starting a novel in his youth based on his life experiences, he decided his protagonist and working title, Stephen Hero, were lacking and he rewrote the work into five chapters under the title A Portrait of the Artist as a Young Man. Struggling to get his work published, he eventually saw A Portrait of the Artist as a Young Man in print in 1916. Tracing the emotional and intellectual development of a young Dublin man, it recounts his move to Paris to dedicate his life to the arts.

The most beloved of Irish poets, Seamus Heaney is one of Ireland’s greatest writers, winning the Nobel Prize in Literature in 1995. Published in 1966, Heaney’s first work, Death of a Naturalist, won critical acclaim for its beautiful descriptions of natural wonders and rural landscapes.

Beginning his career as a school teacher, Heaney eventually made his way into academia. Renowned for how his work deals with memory, he wrote eloquently about Northern Ireland’s civil disputes. This commentary was documented in his popular work ‘Whatever You Say, Say Nothing”

Not to be content with being a stellar poet, Heaney was also an incredible scribe and translator. Most famous for his translation of Beowulf, published in 2000, he was awarded the Whitbread Prize. As well as being a Nobel Prize winner, Heaney also received the T.S. Eliot Prize – the ultimate poetry award in the United Kingdom.

Working as a Professor of Poetry at Oxford and Harvard, Heaney was critically acclaimed throughout his career. His pastoral poetry that dealt heavily with the themes of love, nature, and memory, Heaney’s work is considered some of the best Irish literature.

Despite being a Dubliner, the Irish writer Jennifer Johnston has spent most of her life in the North Coast of Northern Ireland, honing her craft and is known as ‘the quiet woman of Irish literature’.

Despite her moniker, Johnston is an acclaimed novelist, publishing her first novel, at the ripe age of 42,  in 1972. A prolific writer, she has also a collection of radio and stage plays. Famous for her use of the Big House, she has used her work to narrate the fall of the ascendancy of Ireland.

Johnston’s work is filled with a diverse set of characters from outsiders to absent parents, with her language being inspired by the Church of Ireland liturgy. Interestingly, her work also employs alternating or multiple viewpoints which seems inspired by her writing for the theatre.

Winning the Whitbread Prize in 1979, she has also had one of her novels adapted for the screen – The Old Jest. This novel became the acclaimed film The Dawning, starring Anthony Hopkins in the lead role. Despite being a lesser-known Irish writer, Jennifer Johnston’s work has gone on to shape multiple literary genres.

Considered one of the greatest poets to have lived, William Butler Yeats, or W.B. Yeats, has made an impact on the poetry world that can be seen today. Winning the Nobel Prize for literature in 1923, Yeats was renowned for his poetry and his work with the Abbey Theatre.

His famous unrequited love with the revolutionary Maud Gonne haunted his work, with his dedications being mostly to her. In 1902, Yeats went on to help found the Irish National Theatre Society with Lady Gregory and John Millington Synge. They produced and directed his play, Cathleen Ni Houlihan, to critical delight.

After the Irish Civil War, Yeats went on to serve as a senator for the new Irish Free State. His first love always being poetry, he wrote beloved works such as ‘The Wild Swans at Coole’ in 1917 and arguably his best work, ‘The Tower’ in 1928. Heavily quoted and a prolific member of Irish writing, his legacy has stood the test of time.

There is an undeniable influence of Irish literature on modern works from across the globe. Irish writers and poets have been inspiring writers, politicians, lovers, musicians, amongst others for hundreds of years. The strong love of the Arts on the island of Ireland and the incredible output that the small island has attained is nothing short of spectacular. With an incredible amount of budding artists who are continuing to create great works of literary art, that influence doesn’t appear to be finished quite yet.

Everyone Is A Scholar: Best University Courses Online