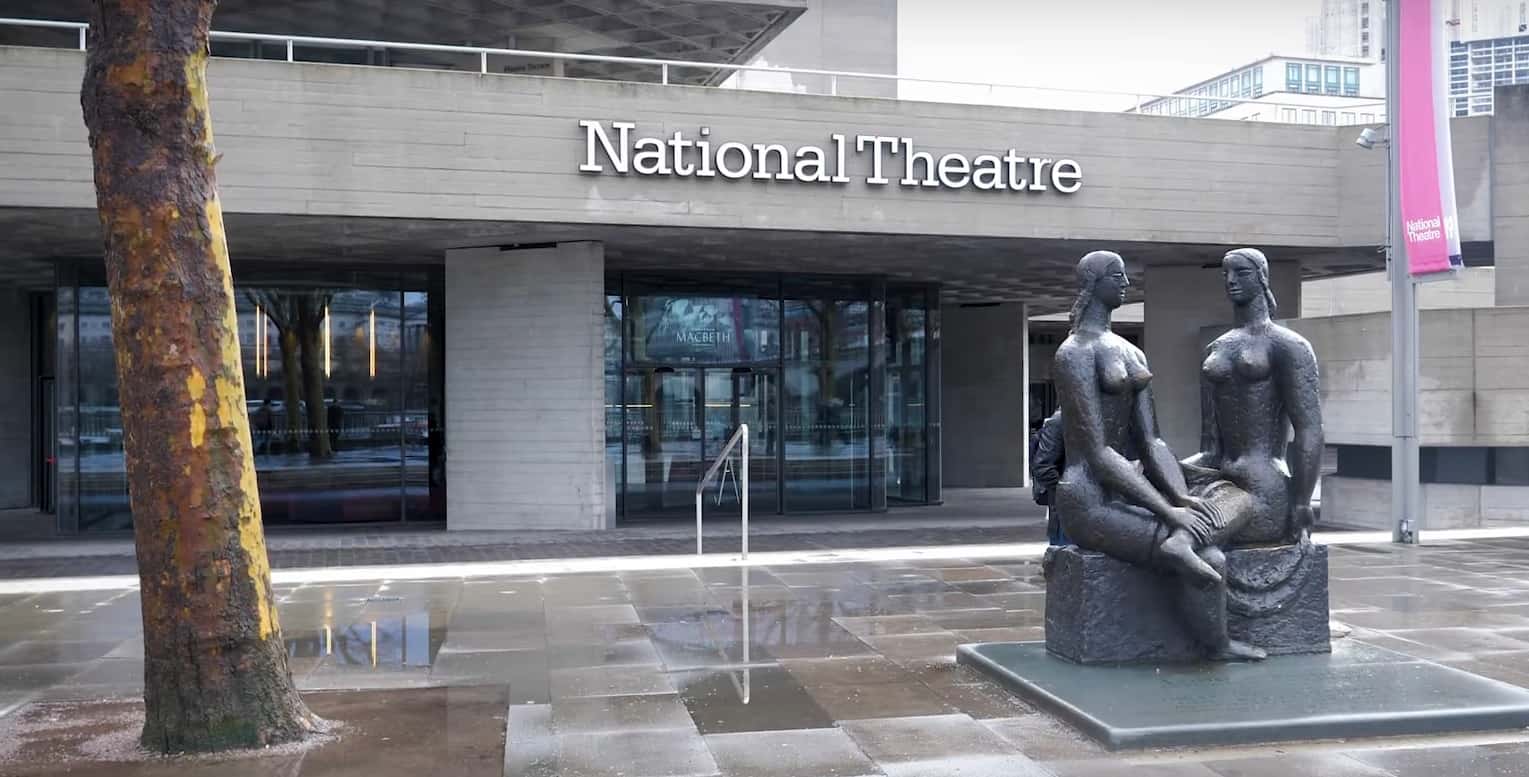 National Theatre London – Not to be Missed!

London is a city full of endless things that you could do from visiting all the popular attractions and dining in some of the best restaurants. But one thing that you should be missing out on while in London is catching a theatre performance. There’s no place like the National Theatre that provides people with a variety of amazing shows throughout the year. So make sure you add it to your list of places to visit while in London.

History of the National Theatre

This theatre company has been around for over five decades with its first opening of the famous Shakespear play ‘Hamlet’ taking place in 1963. Since then it has gone on to produce over 800 amazingly brilliant plays that people keep coming back for more. For thirteen whole years, the company reside in the Old Vic Theatre until its new location was built. Finally, in 1976 the moved into the  National Theatre Building that was opened by the Queen. The theatre was designed by Sir Denys Lasdun and Peter Softley. Since then the national building has been home to over twenty new and exciting productions.

The national theatre has become an international renown performing arts centre with its three auditoriums. The three auditoriums are the Olivier, The Lyttelton and the Dorfman Theatre. As well as that there is a rehearsal area and an area for workshops to take place. Each of the auditoriums can run three different productions at one time which means that there be always something worthwhile to see.

This is one of the most well-known and popular theatres located within the National building. It was named after Laurence Olivier who was the very first artistic director of the National Theatre. When they started designing the space the idea was to make it look similar to the theatre at Epidaurus in Greece.

The stage at the Olivier theatre is famous as it can be split into two parts that allow for scenic changes during production. This is known as the Drum-Revolve an idea that first came to light in the 1970’s. Out of the three theatres, the Olivier Theatre is the largest. It offers two levels of seating that were designed to provide each visitor with great views of the stage. It can hold up to 1,550 people at one time.

This is the second largest theatre located within the National Theatre building. The theatre is named after Oliver Lyttelton who was the very first board of chairman at this performing arts venue. Its design comes from a ‘traditional proscenium arch’ that you’ll find is a typical feature in many theatres.

The proscenium arch can be adjusted to create a variety of stage spaces and an area for an orchestra pit. At this theatre, there are no restricted view seats and again like Olivier theatre, it offers two levels of seating. It may be smaller than many west end theatres but this allows for more intimate performances.

This theatre is the smallest out of three found in the National Theatre building. Dorfman Theatre has seen some redevelopments allowing for more people to enjoy performances with more comfortable seats and better sight- lines. But it can still only hold up to 450 people at one time.

The stage offers flexibility which means the seating arrangement is constantly being changed to fit the needs of different productions. It also offers a foyer where visitors can relax before and after performances. The foyer also over lookings some of the backstage workshops. The Dorfman Theatre was named after Lloyd Dorfman who was a member of the National Theatre board.

A trip to the National Theatre will be a treat of art lovers and those who love theatrical performances. There is a variety of great and unmissable shows for you to check out and enjoy. From comedies, tragedies, musical theatre and so much more to suit whatever you are in the mood for. There is also many different workshops and events that take place here that are worth checking out.

If you’re interested in learning about theatre performances, what’s involved in productions this theatre offers many opportunities to learn and gain skills. Make sure you check out their website to find out more about this and getting yourself involved

One of the most popular performances held here was the Shakespeare classic of ‘Macbeth’ that was highly acclaimed. It was broadcasted live to cinemas by the national theatre live. From September 2018 The Macbeth production embarked on a tour around the United Kingdom and Ireland. The theatre also put on a variety of events and workshops surrounding Macbeth that where also a hit with people.

The national theatre is up throughout the year from Mondays to Saturday at 9.30am until 11pm. (* Except for Bank Holidays) Make sure to check their website for more details.  The theatre is located on the south bank not far from Covent Gardens, the West End and Waterloo. The actual address of the theatre is: National Theatre, Upper Ground, South Bank, London SE1 9PX

Have you ever been to the National Theatre? Seen a memorable performance? Then we would love to hear your experiences 🙂

Also be sure to check out some of our other blogs that might interest you: The National Gallery, Things to do in South Bank, Trafalgar Square, British Film Institute, The Tate Modern, Natural History Museum.