Close X
Home/Ireland/Killarney Ireland: A Place Filled with History and Heritage – An Ultimate Guide of the Top 7 Locations

Killarney Ireland: A Place Filled with History and Heritage – An Ultimate Guide of the Top 7 Locations 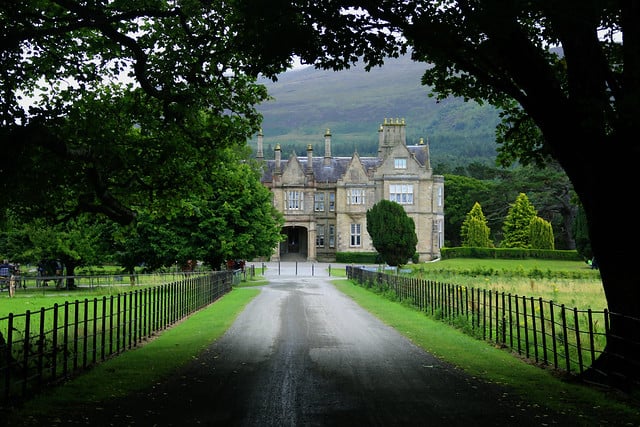 Killarney is a town in County Kerry, located southwestern Ireland. It’s a part of Killarney National Park, and contains many landmarks, in addition to the park, St Mary’s Cathedral, Ross Castle, Muckross House and Abbey, the Lakes of Killarney, MacGillycuddy’s Reeks, Mangerton Mountain, the Gap of Dunloe and Torc Waterfall.

Killarney won the award for Best Kept Town in 2007, it’s also known as the tidiest town and the cleanest town in the country.

One of the most popular castles in Ireland, it is located on the edge of Lough Leane. Built in the 15th century by O’Donoghue Mór, Ross castle came into the hands of the Browns who became the Earls of Kenmare and owned an extensive portion of the lands that are now part of Killarney National Park.

According to local legends, O’Donoghue still exists in a deep slumber under the waters of Lough Leane. Ross Castle’s strength proved itself when it became the last stronghold in Munster to hold out against Cromwell’s attacks until It was taken over by General Ludlow in 1652. During summer months, Ross castle is opened to the public.

The Gap of Dunloe

The Gap is at least 11 km from north to south. A narrow Mountain pass between the MacGilly cuddy Reeks and Purple Mountain, that is where The Gap of Dunloe is located. You can take a jaunting car through the pass and you can go back to Killarney using a boat. Also, you can go for a ride on your bicycle for morning exercise.

The park is located near the town of Killarney, Ireland. It was the first park to be set up in Ireland. It was donated by Muckross Estate to the Irish state in 1932. The park takes up about 102 km after being expanded, it also includes the lakes of Killarney and mountain peaks, it is an area of stunning natural beauty.

The church was established in 1840 by an architect called Augustus Welby Northmore Pugin and the foundation stone was laid in 1842. Due to a shortage of funds, the church was constructed later.

MacGillycuddy’s Reeks is a sandstone mountain and most of the highest peaks in Ireland are found there.

It’s also one of the highest mountains in Ireland which lies in Killarney National Park.

The Lakes of Killarney

These are Lough Leane (the lower lake), Muckross Lake (the middle lake), and the Upper Lake. The lakes are linked together and make-up almost a quarter of the park’s area. Although all the lakes are interlinked, each lake has a unique ecosystem. The lakes join at a popular tourist area called the Meeting of the Waters.

Lough Leane is considered the largest lake of the three lakes, it is the largest of the lakes, that are all freshwater lakes in the region. Also, the lake is rich in nutrients.

Muckross is the deepest of them all, The lake lies between the Sandstone Mountains to the south and west and the limestone to the north.

The smallest of the three is the Upper Lake. A 4 km channel separates it from the others.

Things to do in Killarney

Most people know that Killarney is a great destination to go to. Here are some things you can do while you visit this beautiful Irish town:

Made up of a horse and cart, the jaunting cars are an old tradition to see the entire town. The driver and guide are called the jarvey. You will have a great time while listening and exploring the city. Jaunting cars are always located in the centre of the town and take you any place you want.

For all the visitors, the horses only work every three days from mid-March to mid-October.

Killarney is such a beautiful and amazing Irish city, with colourful buildings, doors and flowers. While walking through town you will see all the pubs with original publican’s name above the doors. You will find kegs before you enter any pubs unlike any bar in other countries.

Shopping in the Town Centre

The centre attracts over two million people each year with a variety of stores including the famous Nike Factory, Blarney Woollen Mills as well as many other popular Irish and international outlets that cover a range of things from jewellery, sportswear, books, coffee shops and more.

Drive the Ring of Kerry

The Ring of Kerry is one of the best tourist spots, which is popular among tourists. They stop by to see all of the sights of the Ring, including its beautiful beaches, ancient buildings, panoramic views, and dramatic mountains and valleys.

It’s a must when you are passing or coming through Killarney.

Torc Waterfall is a waterfall at the base of Torc Mountain, about 8 kilometres from Killarney in County Kerry. It is an easy 5-minute walk from the car park, to see these often thundering falls that are unmissable. It is one of the popular stopping points in this area of Ireland.

Play a Round of Golf

There are many golf courses around the town, such as Killarney Golf and Fishing Club, Ross Golf Club, Dunloe Golf Club, Beaufort Golf Club and Castlerosse Golf Club.

Irish coffee is one of the best drinks here; you can’t go to Ireland without having a cup of steaming hot Irish coffee. You can try Irish coffee everywhere in town and become an expert on how coffee is prepared. Some coffee shop worth checking out in Killarney are Lir Cafe, Curious Cat Cafe and Gloria Jean’s Coffees.

Fishing on the Rivers and Lakes of Killarney

Take a guided fishing trip on the Lakes of Killarney with experienced guides who have a vast knowledge of all the lakes and rivers of Killarney.

It’s a nice way to see the amazing Killarney National Park. While riding on horseback, you can check out the amazing landscape around you from 1 to 3 hours through the park that includes many sites, such as Ross Castle, Killarney Lakes and various mountains.

A 32-minute walk from Ross Castle, it is located in the perfect place in Killarney, making it one of the best hotels in town. This magnificent 4-star hotel has been welcoming guests for a long time, offer that famous Irish hospitality that makes you want to come back again and again.

The International Hotel is family run and they are ready to make you feel at home while you are away from home. You’ll uncover history and charm at this hotel in Killarney.

Perfectly located in Killarney National Park and a short 4 kilometres from the town centre. The Muckross Park Hotel and Spa have been awarded the best ‘5-star Accommodation in Ireland’, so you know when you are staying here you’ll be treated like a King or Queen and get the best of Irish service.

Luxurious facilities and with the Killarney National Park surrounding you means you can enjoy the fantastic walks and trails on offer.

The Brehon is 500 metres from the International Conference centre and overlooks Killarney National Park. This is another hotel in Killarney that will make your trip in Killarney that bit more special. Honest Irish services, comfortable rooms and a relaxing spa to enjoy at the Brehon hotel.

The most popular hotel in the area, the Malton Hotel dates back to more than 100 years, making it also one of the oldest in the area. It is one of those places that you’ll visit which will take your breath away. A very unique and special hotel in Killarney surrounded by beautiful gardens.

There are many great restaurants and cafes in this wonderful town, here are some of the famous spots for a good meal.

Located at 26th High Street, Bricin means ‘small trout’ in Gaelic and is also the name of a charming stone bridge on Dinis Peninsula in Killarney National Park. It’s an old restaurant in town owned by brothers Johnny and Paddy McGuire, with natural stone walls, the warmth of antique timber, and the magic of stained glass.

The restaurant serves special dishes such as traditional Irish potato pancake with a choice of chicken and lamb. And of course fish dishes.

A place with old style cooking and great service home to its award-winning wild Irish Smoked Salmon. Famous for its great range of fish meals and snacks, where the fish is delivered fresh every day direct from their boats and ready to be cooked.

Located on the east avenue road, offers fresh meats, salads, dressings and sandwiches. The restaurant was created by three fabulous chefs who have worked together to set up a great restaurant for Killarney. They use a classic style of cooking with a modern touch to give you something different in Killarney.

A 20-minute drive from Killarney, you should take a short break to the Gap of Dunloe to see Denis Pio Moriarty and his wife running their business in Moriarty’s, and taste their cheeses and other artisan foods from West Cork and Kerry makers, along with fresh Kerry lamb to enjoy.

All together Killarney is a place filled with great attractions, places to stay and nice places to eat that make for the perfect break in County Kerry.

We would love to know if you have been to Killarney before and what you loved most about the place?

Check out more of our blogs that may interest you: