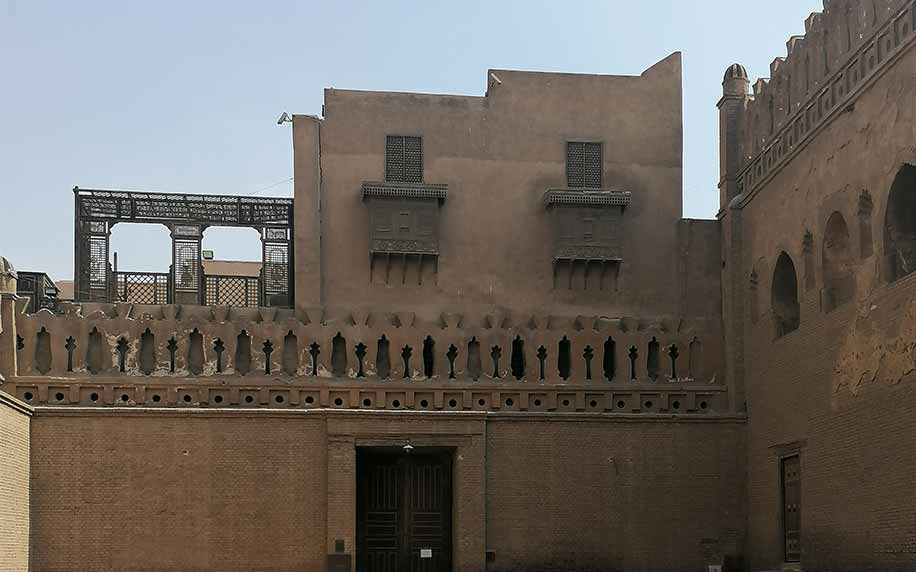 The Gayer Anderson Museum is one of the unique museums in Cairo, located right next to the Mosque of Ahmad ibn Tulun in the Sayyida Zeinab neighbourhood. The museum is in fact a house dating back to the 17th century that is a great example of the architecture of the time and also for its vast collection of furniture, carpets, and other objects, that is why it is a rare gem among the landmarks of the city.

Who was Gayer Anderson?

The museum of the house was named after Major R.G. Gayer-Anderson Pasha, who lived there between 1935 and 1942. He was a member of the Royal Army Medical Corps in 1904 and later worked with the Egyptian Army in 1907. He became a Major in 1914 and then Assistant Adjutant-General for recruiting in the Egyptian Army.

He retired in 1919 and became the Senior Inspector in the Egyptian Ministry of Interior, and later on the Oriental Secretary to the British Residency in Cairo. He continued to live in Egypt after his retirement in 1924 focusing his interests on Egyptology and Oriental Studies.

It is a remarkable example of architecture in Cairo from the 17th century, specifically the Mamluk Period. The museum consists of two houses, one of which was built by Hagg Mohamed Salem Galmam El- Gazzar in 1632. The other house was built by Abdel-Qader al-Haddad in 1540, which was also called “Beit Amna bint Salim” after its last owner. The two houses were merged together by a bridge built at the third-floor level.

In 1935, Major Gayer-Anderson moved into the house. He installed several modern conveniences, such as electricity and plumbing and restored sections of the house, like the fountains. He also added his collections of art, furnishings, and carpets that he gathered from all over Egypt.

Gayer-Anderson fell ill in 1942 and had to leave the country, so he gave the house and its contents to the Egyptian government to be transformed into a museum. King Farouk gave him the title of Pasha in return for his thoughtful gesture.

The film was used as the location for several Egyptian and foreign films, including the James Bond film The Spy Who Loved Me.

The Layout of the Gayer Anderson Museum

The house or the two houses merged together have 29 rooms:

The house, like many that were built at the time, is divided into two sections, the Haramlik, or the family residence where the women usually resided, and the Salamlik, also known as the guest-house, where visitors were usually received.

The haramlik overlooks the courtyard that has a floor made of marble and also has a stairway leading to it. The courtyard contains a fifteen-meter deep well called the Bats’ Well or Bier el-watawit.

The Mak’ad or reception room in this house is open air and is decorated with many different objects, including brass bowls dating back to sometime between the 14th and 17th centuries.

The Qa’a is the main apartment in the Haramlik where fruits, flowers, and drinks were served. There, you can also find a part of the “holy carpet”, also known as Kiswa, the fabric covering the Kaaba from Mecca, and it was a gift given by Major General Yehia Pasha.

There is also the Harem; a spacious room with windows on all sides to let the light and fresh air enter freely. The room contains several Persian cupboards from a palace in Teheran.

The service room is well known for its Turkish-style furniture and cupboards, designed by Anderson Pasha himself.

The Reading room has a window seat and shelves, inspired by Islamic designs. The walls are decorated with Chinese Flower paintings on rice paper, while the Writing Room now serves as an office for the museum’s curator but it also serves as a study room. The room is furnished with tables and benches to accommodate visitors and the walls have pictures and ancient examples of Egyptian drawings and writings.

An interesting room in the house is the secret chamber hidden behind a door that looks like a regular cupboard, but with a turn of the lock, the cupboard opens to reveal the room behind it that was used as a hiding place for people or objects in any case of emergency.

The flat roof of the house is now a roof garden and is enclosed with mashrabias with Coptic designs which are rare among some ancient houses in Old Cairo.

Then comes the Persian room where the furniture dates back to the later Persian or Shah Abbas period, except for the bed, which is from Egypt, and the Byzantine room which connects the Haramlik to the Salamlik.

In the Mohamed Ali room, you’ll find an Ottoman apartment with green and gold decorated walls and furniture from the Rococo period, including a throne chair dating back to one of the earlier Khedives.

Finally, the Damascus room is a late 17th-century room brought from Damascus by Anderson. The ceiling is quite unique as it is inscribed with a poem praising the Prophet Muhammad.

Legends about the Gayer Anderson House

Like many houses that are quite old, locals and visitors tend to circulate different stories and legends about them. Among the legends surrounding the Gayer Anderson house is that it was built on the remnants of an ancient mountain called Gebel Yashkur (Hill of Thanksgiving) that is to be where Noah’s Ark came to rest after the flood and that the last of the floodwater was drained through the well in the courtyard of the house. This legend inspired Anderson to build a sailing boat on the Nile in front of the house.

A different story says that the house and the sailing boat were protected by a Sheikh called Haroun al-Husseini, who is buried under one of the corners of the house. He is said to have blinded three men who attempted to rob the place causing them to stumble around the house for three days and nights until they were finally caught.

As for the famous well in the house, it is said to possess miraculous qualities where if a lover gazes into the water, they would see the face of his or her sweetheart instead of their own reflection. A legend actually surrounds this well. It is said that back when the house was actually two houses before they were merged together, a young man lived in one of the houses and a beautiful young woman living in the other. One day, the young woman looked into the well, and in response to her incredible beauty, the well overflowed, so she ran and bumped into the young man in the opposite house who immediately fell in love with her and they eventually got married, bringing the two houses together, literally and figuratively.

How to Get There

The Gayer-Anderson Museum is located next to the Mosque of Ibn Tulun in Sayyida Zeinab, Cairo. It can be reached by taxi or the Cairo Metro from the Sayyida Zeinab station. The museum entrance can be reached through the main entrance to the mosque, or another door at the rear of the complex.

The tickets to the museum are EGP 60 for foreign adults, EGP 30 for foreign students, and EGP 10 for Egyptian nationals. If you want to take some photos with a professional, you need to buy an extra ticket for EGP 50 while mobile photos are allowed for free.

Marsa Alam: The Diamond of the Red Sea

Egypt: Beautiful Locations off the Beaten Track for an Enjoyable Vacation